Several major Israeli media outlets published yesterday a new IDF “investigation,” which claimed that Jawaher Abu Rahmah – who died after inhaling CS (tear) gas in Bil’in – did not die as a result of the gas itself , but rather as a result of the treatment she received at the hospital. This is the IDF’s fourth version of the events. In previous versions she was not present at the demonstration, then she was present; she died of cancer; then she died of a different pre-existing condition; and so on. A list of all of the IDF’s lies, edited and commented on by Jerry Haber, can be read here.

Jerry makes just one mistake, which isn’t his fault: The newly released “investigation” was not released as an official IDF briefing. A close reading showed it is attributed not to the IDF Spokesman, but to anonymous “military sources.”

I did the sensible thing and called the IDF Spokesman’s office. The reply I received, which I recorded, was unequivocal: “This isn’t our research, this isn’t something we distributed, it’s something that somehow got out [to the media]”. As far as the Spokesman’s office is concerned, the investigation of Jawaher Abu Rahmah’s death is still ongoing.

During the conversation, the soldier on the other side of the line inadvertently admitted to what I exposed here in a previous article: that the person giving the briefing which claimed that Abu Rahmah died of cancer and was not present at the demonstration was the commander of the Central Command, Major-General Avi Mizrahi. It is, therefore, probably not an accident that information presented yesterday was described as “information presented to the Commanding General of the Central Command.”

As I noted earlier, the IDF keeps running a psyops against the Israeli public, composed of two pincers: one, that of the Central Command, keeps spouting various version designed to distance the IDF from the blame; the other, the official IDF Spokesman line, adheres to the position that everything is under investigation. One should note that the IDF Spokesman’s position does not motivate him to speak out in its defense. He has not protested or commented on the various rumors spread by Major-General Mizrahi and his men, even though they contradict the IDF’s official version; the spokesperson is quite happy to leave matters as they are. 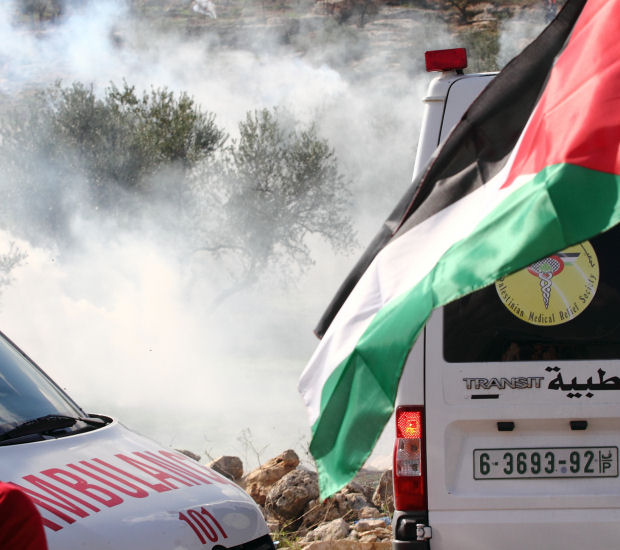 Once again, one finds that the military affairs correspondents – a well-respected caste in Israeli media circles – serve all too often as a propaganda channel for “military sources,” without any qualifiers. They did not report the IDF Spokesman’s official version – ie, that the death of Jawaher Abu Rahmah is still under investigation. Instead, they rushed to publish the unofficial version – the unsupported story from the anonymous “military sources.”

Of particular ill mention are the little propagandist bloggers, who were so excited to be briefed by the senior brass, that they repeated his lies – she died of cancer, she wasn’t at the demonstration – and spread the world as gospel, without checking anything. I wonder how they felt this morning, when Mizrahi threw them away like used napkins, spreading a whole new version – she was at the demonstration, that she did inhale tear gas, that she did not die of cancer –blithely shredding their reliability and exposing them as the small hasbara shills they are.

The IDF has invested unusual propaganda effort in the question of Jawaher Abu Rahmah’s death. It made brilliant use of the claim that Abu Rahmah’s doctors treated her with atropine; if there’s one thing every Israeli knows of the drug, it is the slogan “don’t use atropine!” made popular during the First Gulf War. It has invested so much effort, in fact, that one wonders what is it trying to cover up.