The largest J14 protest this year ended without the arrests and police violence seen last week. 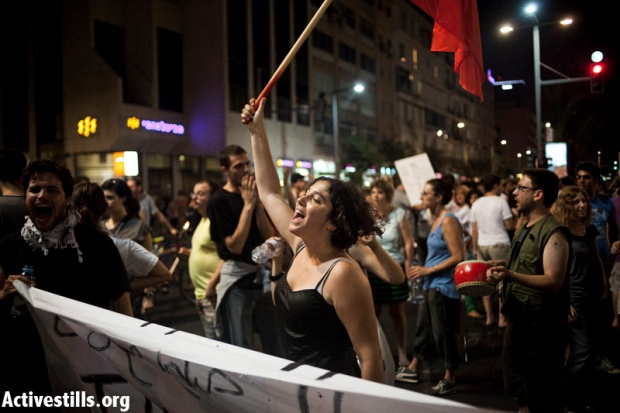 Around 10,000 protesters marched in Tel Aviv yesterday (Saturday) in demand of social justice. This was the largest J14 protest this summer thus far, but it was a far cry from the size of similar rallies last year. Hundreds gathered in several other Israeli cities, including Haifa, Jerusalem and Afula. On the other hand, demonstrations last year also started out the same size after the first tent was erected on 14 July, and grew by the week – reaching half a million only in September.

>> Click here for video report on last week’s protest, which ended with 89 arrests >>

In Jerusalem, protesters blocked the route of the light rail. As part of an agreement between the city and the private company that runs the rail, demonstrations are not allowed near the route of the train, including in central squares which had been used for protests for decades.

In Tel Aviv, protesters marched from Habima Square to the museum square. Several hundred people split from the main rally, in protest against the organizers of the rally, who were more affiliated with the Labor (Avoda) party and much less so with the Mizrakhi neighborhoods and periphery, and marched through central Tel Aviv roads, swelling in size throughout the night. The police, which was criticized for the use of force against protesters last week, kept its distance and allowed the march to continue, but heavy police forces were present in the streets, including, for the first time, an unrecognizable armored vehicle, which appeared to serve as a mobile communications and photography base for police.

The protest in Tel Aviv included a block of protesters carrying signs against the occupation, the most common of them being “Democracy for all, from the sea to the Jordan.” 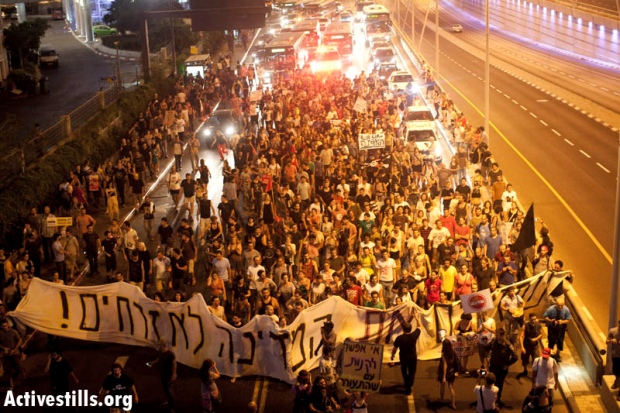 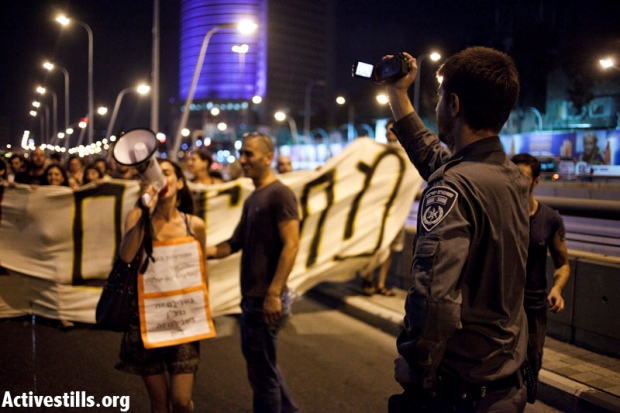 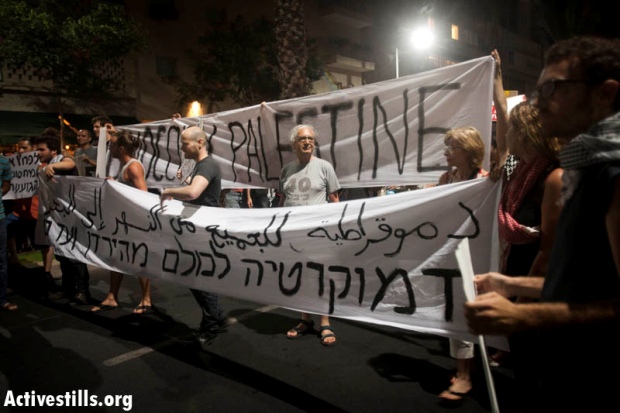 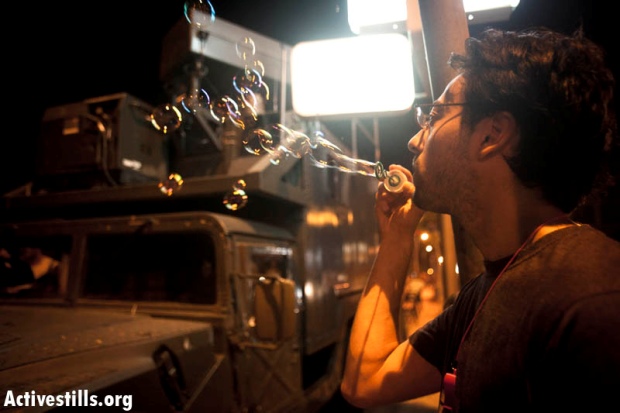 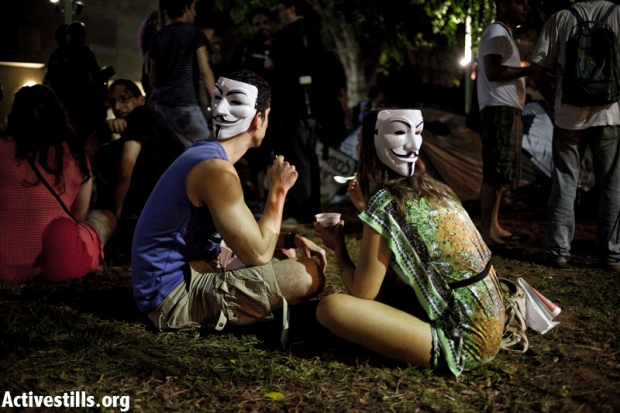 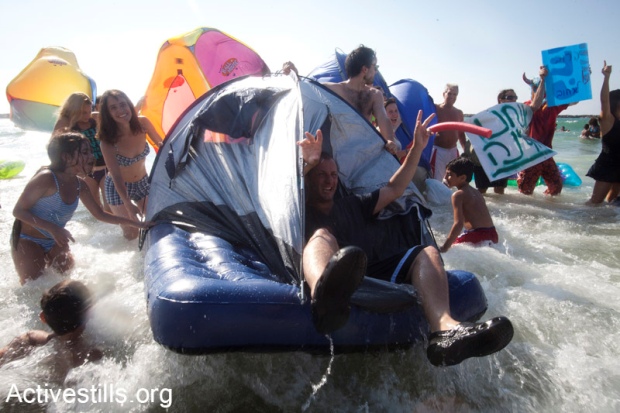 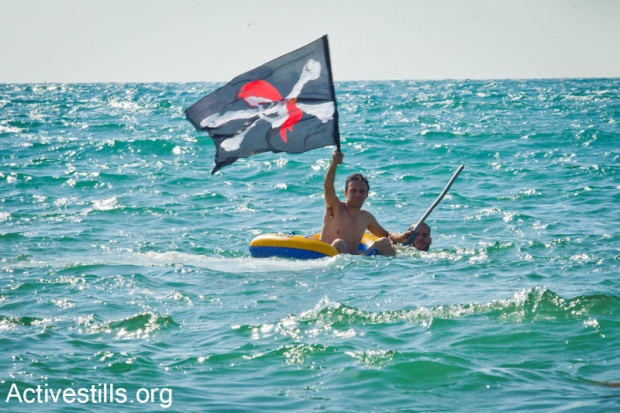