Seven years of struggle and Silwan’s residents can’t claim even one tangible and clear victory. Not one home has been returned to its original residents, not one settler has left and the police and Israeli authorities continue to target Palestinian residents. 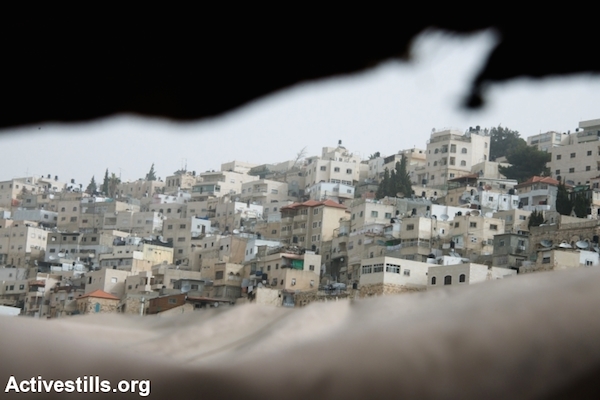 The East Jerusalem neighborhood of Silwan is seen from a protest tent built by local activists, March 3, 2014. (Photo by Ryan Rodrick Beiler/Activestills.org)

The East Jerusalem neighborhood of Silwan got its first-ever community center, Madaa, in October 2007. At the same time, a diverse group of activists, primarily Jerusalemites, began a number of types of actions and struggles for the future of the village of Silwan and, it must be said, for the future of the entire region. Among others, our organization — Emek Shaveh, a group of archeologists whose activities primarily focus on settler organization Elad’s use of the “City of David” archaeological site — came into existence. Over the years, different groups of Israelis appeared and were active in the village for various periods. All of the Israeli organizations included tours for the wider public, and  legal and activist struggles against settlers and in cooperation with the Palestinian residents.

Read more: Settlers take over homes in dead of night

Seven years after the Madaa center was established and just a few days after the settler takeover of 25 apartments in the village put Silwan back into the news is as good a time as any for a little reflection. Maybe it’s also related to Yom Kippur — the Jewish day of atonement. In times like these, when the right wing in Israel succeeds in altering reality on the ground, it would be good to write about our successes and to raise morale. And there is no small number of successes, from halting or delaying settler takeovers by blocking their entrance into certain homes, and primarily by raising public awareness of Silwan’s story. To reminisce fondly, however, would be to lie to ourselves. 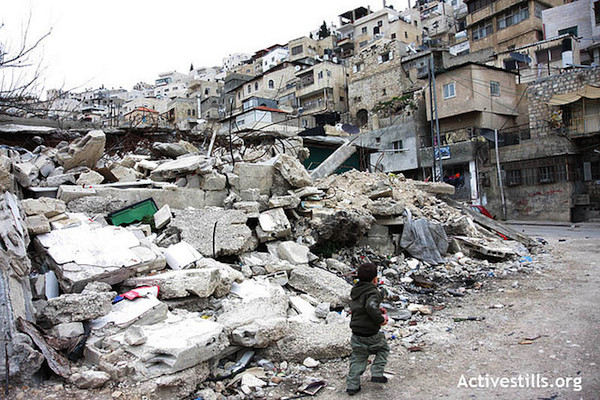 A demolished Palestinian home in the East Jerusalem neighborhood of Silwan, march 14, 2009. (Photo by Anne Paq/Activestills.org)

After seven years of activism and struggle in Silwan, the settlers are winning — big time. The biggest losers so far are the Palestinian residents, and especially those activists standing front and center in the struggle for their homes and identity. Seven years of struggle and Silwan’s residents can’t claim even one tangible and clear victory. Not one home has been returned to its original residents, not one settler has left Silwan and the “City of David” archaeological site is only becoming a stronger national tourism destination. More so, among the Palestinians, some of them lost their homes, some have been persecuted and arrested by the police based on various accusations, some of them have lost their sources of income and some have been physically harmed. Some of them have been harmed in more ways than one. But the common denominator among everyone is the feeling — or maybe the knowledge — that they are still being oppressed by the authorities and the settlers.

The struggles in Silwan take place in very low resolution: every house, street, archeological excavation or tunnel dug is part of the political battle and affects the residents’ lives. It’s very difficult to understand the political significance of every action or project like this. But when you connect all of the various dots in Silwan it becomes clear that it’s all related. The houses, the excavations and the tunnels are part of one goal: building the Israeli “City of David” in place of Palestinian Silwan. It appears that the difficulty in grasping the details permits the settlers to continue advancing their various plans and to claim that the efforts and goals are not one and the same.

Read more on Silwan: ‘Israel’s very own tunnels of dread’ 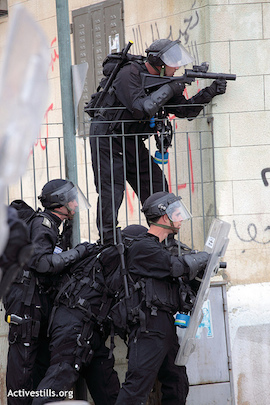 While the settlers are persistently operating according to a well-formulated plan, we can’t seem to formulate any long-term resistance and focus on the little things. Sometimes it seems that the desire to see the big picture, the same long-awaited peace that will supposedly separate us from the Palestinians and from their tragedies, is our biggest distraction.

However, as long as the settlers continue to strengthen their hold on Silwan, talk about a better future is irrelevant and meaningless. As long as the lives and future of Silwan’s residents don’t improve, we are far from the basic conditions for even talking about any type of peace. Instead of talking about peace, we need to achieve smaller, local victories. Victory means returning homes to Silwan’s Palestinian residents, severing the cooperation between settler NGO Elad and the Israeli Nature and Parks Authority, ending the archeological excavations, and ending government and municipal support for the settler group’s activities. We need to do everything in our power to support the residents’ struggle to live in their village on their own terms, with full rights and dignity.

The day that Silwan’s residents can look back and say that their struggle brought about victories, we’ll be able to start talking about faraway dreams like peace and future plans for the region. Then it will be just to call for peace talks based on recognition of the Palestinians’ historical rights to their land. And if that day does come, do not forget that the other guys will also keep fighting — just like they have been doing while you were reading this article.

Yonathan Mizrachi is an archeologist and one of the founders of Emek Shaveh.

Related:
Despite denials, JNF to continue eviction effort of J’lem Palestinians
In East Jerusalem, only Palestinian property seized as ‘Absentee’
Morning at the Dung Gate: a key to Jerusalem’s tragedy