If you read the international press and watch the images of female and gay soldiers, it can sometimes seem that way. Yet an institution cannot be separated from its main function. 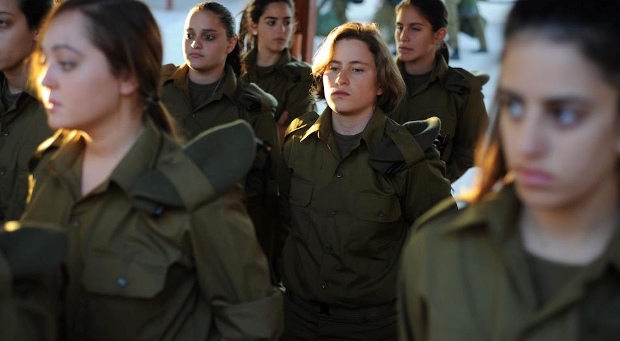 Our company’s staff sergeant at basic training was a short bald man, who used to terrorize us in our first days at camp with endless “repeated training” – a punishment for bad behavior that came in the form of push ups, jumps and running up hills with all kind of gear – bags, machine guns – once we even had to carry our beds. He also used to refer to every female that passed near the camp simply as a “whore.” As the training progressed, we were taught obscene songs about women which we were to sing everytime we saw a female soldier. As in any infantry unit, there were only two women in our company: One in charge of “social issues” – interviewing soldiers about family problems and presented it before the staff – and another in charge of morale. In the songs we learned, the latter was referred to as “the mattress.”

We were also instructed not to allow any “foreigner” to cross the company’s yard located between our tents. There were repeated stories of things done to female soldiers who wandered into camps of “rival” units. Some of them were so horrible, that even in general numbness of basic training I remember my shock at hearing them. I guess most of these were the sort of myths and legends you hear in the army all the time – some ridiculously heroic, others incredibly ugly – but still, the existence of the stories themselves, and the way in which they were repeated, said a lot about the way our commanders nurtured our sense of manhood and group spirit. During my entire service, the only place which didn’t allow this attitude towards women was the officer academy, where they had us sing classic Zionist poems. There was much resentment over this issue.

I can’t remember whether I later allowed the sergeants under my direct command to teach the offensive songs to the soldiers at basic training. Most of the soldiers under me were religious, and those tended to avoid the explicit obscenities. They had other issues with women. During shooting range drills, I had to ask to replace my female instructors because the soldiers didn’t let them touch them when they corrected their position. From what I read in the papers regarding religious units, things have only gotten worse since.

This is why I was so surprised to read this piece by the Guardian’s military correspondent, Nick Hopkins, regarding women’s service in the Israeli army. Hopkins states that  “the IDF is the most progressive in the world [regarding women in service].” This sloppy article – based entirely on an interview with a single high-ranking IDF female officer – is so detached from the IDF as I remember it, that it made me wonder whether Hopkins knows anything at all about the realities of combat duty service.

Almost two decades have passed since my basic training and things must have changed, especially since most IDF units are now open to women (female soldiers are still not allowed in some units involved in direct combat duties, like several infantry units or armed corps). Still, a quote claiming that sexual harassment “is not an issue in the IDF” is simply bizarre, and a serious journalist should at least turn to one of the many women’s rights groups in Israel for comments, not to mention actual data.

Why is it that we suddenly come across so many pieces portraying the IDF as the most liberal army in the world? I believe that the sudden interest in the fate of women or gays in the Israeli army cannot be separated from the effort to normalize the decades-long military control of the Palestinian population. Some of those stunts – like the staged PR photo of “gay” soldiers holding hands, posted by the IDF Spokesperson on its Facebook page – are bordering on the absurd, and they all have very little to do with the actual army. That’s why you didn’t find the IDF gay image or an interview like the Guardian ran in the Hebrew press, despite its well-known admiration for the military. Too many Israelis have actually served in the army to treat such items seriously.

There have been considerable change in gender relations in the army over the last couple of decades, but the Israeli military is far from being a haven of gender equality. The high ratio of female soldiers and low-level officers in the IDF, cited in the Guardian piece, is a simple result of the general draft in Israel, and not evidence of progressive policies.

The general draft leads to what’s referred to as “hidden unemployment” in non-combat units (during my service I heard references many times to the fact that the IDF has the highest number of office and support soldiers for every combat soldier). Most of the people who sit at the desks of administration and support units are women. While other armies have male secretaries, it is common to walk into the office of an IDF general and be welcomed by a group a bored young girls, some of them sharing duties that a single professional could do. And even that diversity disappears as we move up the army’s ranks: The IDF has only one female major general – and it’s the first in its history.

The IDF is Israel’s largest and most important institution, and the social relations in the army tend to duplicate themselves in most aspects of civil society. This is why most feminist writers and organizations tend to view the army as an obstacle rather than a tool for empowering women (on the other hand, the national religious and to a lesser extent, Sepharadic Jews, have been able to use the army for social mobilization that was denied them elsewhere). Personally I believe that the military is perhaps the most important tool in preserving the power of the Israeli elite, and advancement of other social groups requires a de-militarization of society.

Finally, one cannot separate the nature of an organization from the missions it carries out. In recent decades, the army’s main function, both as a policy maker and an implementer of policy, has to do with Israeli control over millions of Palestinians that are deprived of most rights Israeli citizen have. It is a mission that carries no honor nor pride – for women and men alike. One cannot imagine nor understand the settlement project or the segregation of societies under Israeli sovereignty without discussing the army.

Should we embrace the (imagined) advancement of an underprivileged group, even if it comes at the expense of another group? Should we welcome the promotion of women to the role of field officers if their daily duties involve placing limits on Palestinian freedom of movement, aiding the confiscation of land to a nearby settlement or planning and carrying out night raids into Palestinian villages and homes?

Moreover, can we disconnect the empowerment of Jewish Israeli woman from the deprivation of rights from all Palestinian women? Isn’t sexual insults thrown at activists by security forces personal a gender issue? Could we celebrate Tel Aviv’s emerging gay scene while the same society is placing more and more restrictions on the freedom of Palestinians, straight or gays? Can Palestinian liberals fight for their values in their society while living under military occupation?

A discussion of liberal values that goes beyond propaganda cannot avoid those questions, and celebrations of Israeli liberalism cannot be separated from the fact that this liberalism only serves Israeli Jews.