An increase in building permits for Palestinian structures in Area C of the West Bank is not what it seems. It is, in fact, part of the Israeli government’s process of concentrating Palestinians in order to make room for settlements to expand. 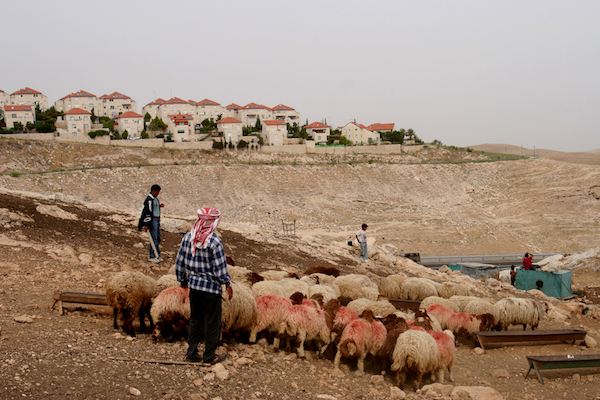 A man from the Jahalin tribe herds his sheep in his village near the Israeli settlement of Maale Adumin, West Bank, May 19, 2005. (Yaniv Nadav/Flash90)

It’s the responsibility of anyone who wants to build a house to follow the law. For any type of construction work to be carried out, one must request a permit in accordance with a detailed, approved master plan. In fact, illegal construction goes on in all areas under Israeli control. The majority of these offenses — around 800,000 — occur within areas that already have a master plan (i.e. building without a permit or not in accordance with the plan), but most enforcement against illegal construction takes place in areas with no master plan.

The identity of most of those who build illegally is revealed in a single sentence from an Israeli government report on the October 2000 events: “During the first 50 years of the state the Arab population grew to seven times its original size, but the area they were permitted to build on remained almost unchanged.”

Construction offenses are also committed by those tasked with enforcing building laws. Minister for Construction Yoav Galant, for example, was involved in illegal construction on public land in his home community, Moshav Amikam. The CEO of the Regavim organization, a pro-settler group that initiates legal action against Palestinians who build without permits in the West Bank, the Galilee and the Negev, lives in an illegal outpost in the occupied territories, in a structure built without authorization. Attorney Avi Cohen, who heads up the Finance Ministry’s planning and construction law enforcement department, also lives in an illegal West Bank outpost situated close to the settlement of Eli. His home, like all the others in the outpost, is subject to a demolition order.

But it’s not just private individuals who are building illegally; the state itself is also carrying out mass construction without permits, across a number of different locations. In Eli, for example, where there is still no plan in place, the state built a number of public structures, residential neighborhoods and put infrastructure in place. None of this work was carried out with the necessary permits. 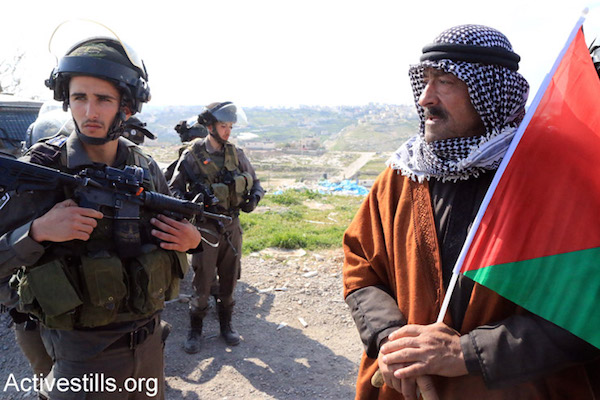 The mushrooming of outposts in Area C of the West Bank, which is under full Israeli control, is directly related to the numbers of demolitions of Palestinian structures in the territory. Almost 20,000 Palestinian structures have received demolition orders since the Oslo Accords, and thousands of buildings have been demolished. According to the UN’s humanitarian agency, 2016 was a particularly destructive year, more so than any other year since it started tracking demolitions in 2009: 1,100 buildings were torn down in 12 months, around three buildings per day. 2017 is shaping up to set a new record, with around 100 Palestinian structures demolished in Area C during the first three weeks of the year alone.

Israel’s official reason for carrying out demolitions is that the structures were built without a permit. As such, we need to examine the government’s policy for granting such permits to Palestinians in Area C, and moreover the actual number of permits granted.

The Israeli planning rights NGO Bimkom recently received a response from the Civil Administration to a freedom of information request seeking the numbers of demolition orders and building permits that had been handed down in 2014, 2015 and the first half of 2016, as well as the number of demolitions carried out. One surprising statistic stood out among all the data: there was a dramatic rise in the number of building permits Palestinians received in the first half of 2016, with 37 requests approved in the space of six months. 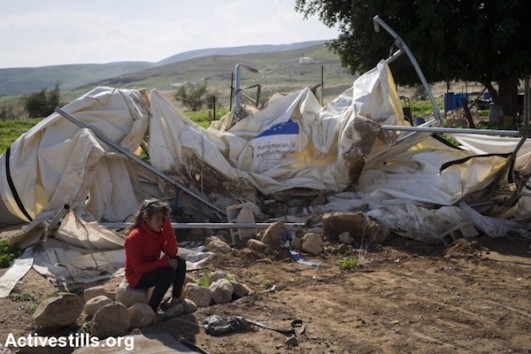 A child sits next to her demolished shack, that was provided by the EU is seen the village of Fasayil in the Jordan valley, West Bank on February 10, 2016. (Oren Ziv/Activestills.org)

By contrast, nine permits were granted out of 440 requests in all of 2014. In 2015, 385 requests resulted in seven approvals. But before we discuss the remarkable figure of 37 permits in six months, let’s look at the history of Israeli policy regarding construction approvals for Palestinians in the West Bank.

In 1972, Palestinians in rural areas submitted 2,199 requests for residential building permits. Out of those, 2,134 requests — 97 percent — were approved. In 1988, when the Likud had already been in power for over a decade and Israel’s interests in the West Bank grew together with the settlement enterprise, the percentage of requests granted fell drastically to 32 percent (532 permits out of 1,682 requests).

In the years following the Oslo II Interim Agreement, Israel has tried to prevent any possible Palestinian development in Area C, and the number of building permits granted has dropped significantly. The average number of requests that are approved stands at around five percent.

The state gives itself permission to build illegally

To go back to 2016: is the granting of 37 building permits in six months really a harbinger of genuine change?

It seems not. The Civil Administration is not prepared to release detailed information about the permits, but the likely reason for this mysterious change of policy comes from an unexpected direction. 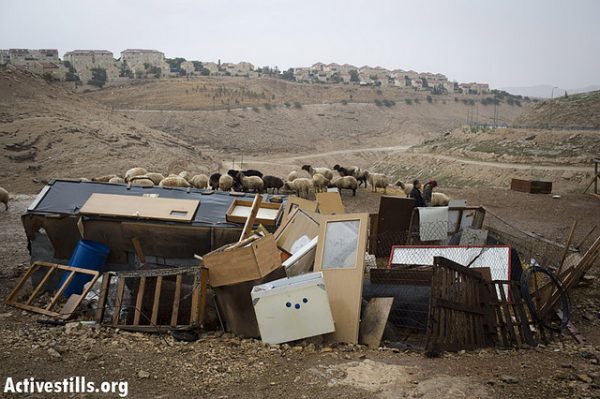 A sheep shelter constructed out of old furniture in a Bedouin camp in the E1 area, situated between Jerusalem and the Israeli West Bank settlement of Maale Adumim (background). (Photo: Oren Ziv/Activestills.org)

The state requested to build structures for Palestinians next to the Bedouin village of Al-Jabal in Area C, which Israel established in 1996 for the Jahalin tribe after they were forcibly removed from the land on which they’d been living for decades, in order to make way for the expansion of the Ma’ale Adumim settlement.

This new “neighborhood” for Bedouin is also in Area C, east of Jerusalem and also close by Ma’ale Adumim. It is partially located within the area of the controversial E1 plan, which on completion would cut off East Jerusalem from the rest of the West Bank.

This is not the first time that members of the Jaharin tribe have been displaced: most of them lived in the Negev and were expelled after 1948, with their land used to build new Israeli towns. The displacement in 1996 saw 150 families forced from their land, only to be housed next to the Jerusalem municipal garbage dump. Today, Israel is seeking to “cleanse” tens of thousands of Bedouin from Area C, either by concentrating them across a limited number of sites and on small plots, contrary to their way of life.

This so-called “Al-Jabal West” plan is located on a narrow strip of land between a main road and Area B territory (Area B is under Israeli security control and Palestinian administrative control). Every Civil Administration initiative aimed at Palestinians, in particular farming communities, is located adjacent to Areas A and B. The “Al-Jabal West” initiative slightly expands the built-up area of the Al-Jabal village, and its total size — including roads, public areas and residential areas — comes to around 13.5 acres. The state wants to squeeze around 70 families into this area.

These efforts by the Civil Administration on behalf of Palestinians — efforts that involve drafting plans, submitting permit requests and even developing territory and connecting it to infrastructure — can be traced back to Israel’s clear desire to remove Bedouin communities from the area around Maale Adumim. This, in turn, is not only aimed at developing the area for the settlements but also at sealing off broad areas by way of the separation fence and the de facto annexation of Ma’ale Adumim and its outgrowths, in order to requisition around 15,000 acres of land.

Alon Cohen-Lifshitz is an architect with Bimkom — Planners for Planning Rights. This article was originally published in Hebrew on Local Call. Translated by Natasha Roth.