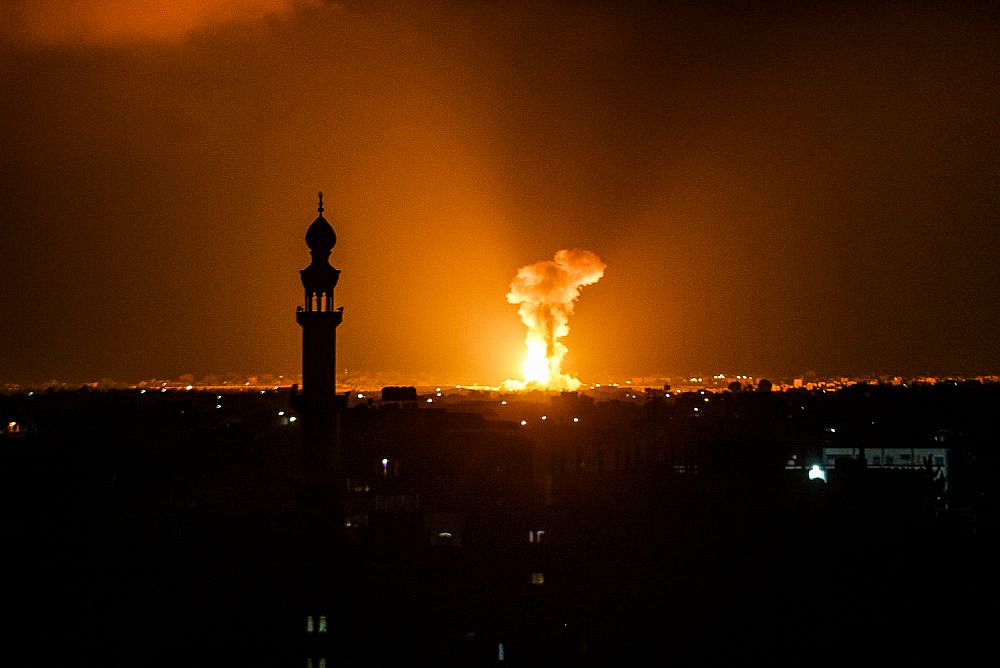 Israel’s 2014 attack on the Gaza Strip was a turning point for the Israeli arms export industry. In the wake of the 51-day bombardment, new battle-tested Israeli weapons that were developed and tested operationally for the first time — such as drones, bombs and land surveillance equipment — were sold globally in deals worth hundreds of millions of dollars. At the time, an employee at one of Israel’s major arms manufacturers told the Israeli business newspaper The Marker that the domestic weapons industry would be “hurt” if Israel went 20 years without a major military operation.

As it happened, that employee need not have worried: following Israel’s next major attack on Gaza, in May 2021, the country broke its record for arms sales, raking in around $11.3 billion. Less than two weeks after the attack, Israel Aerospace Industries (IAI) — Israel’s largest aerospace and aviation company — had already closed a $200 million drone deal with an unspecified country in Asia.

During its most recent assault on Gaza earlier this month, Israel made extensive use of Unmanned Aerial Vehicles (UAVs). Israel is one of the top exporters of UAVs in the world, and was estimated in 2017 to have supplied some 60 percent of the global market over the past three decades. Since the beginning of the siege on Gaza 15 years ago, its inhabitants have been under continuous and heavy Israeli surveillance, including via UAVs.

The Israeli UAV industry is dominated by Elbit Systems. According to the latest sources available, Elbit manufactures about 85 percent of the UAVs used by the Israeli army, including the Hermes 450 and Hermes 900 armed drones, the latter debuted in 2014’s attack, in which a Hermes drone strike killed four children as they played on a Gaza beach. Hermes drones are also deployed by the U.S. government to surveil its southern border. Other Israeli companies manufacturing UAVs used in Gaza include IAI, Aeronautics Defense Systems (owned by Rafael, one of Israel’s largest arms companies), RT LTA Systems, and BlueBird Aero Systems. 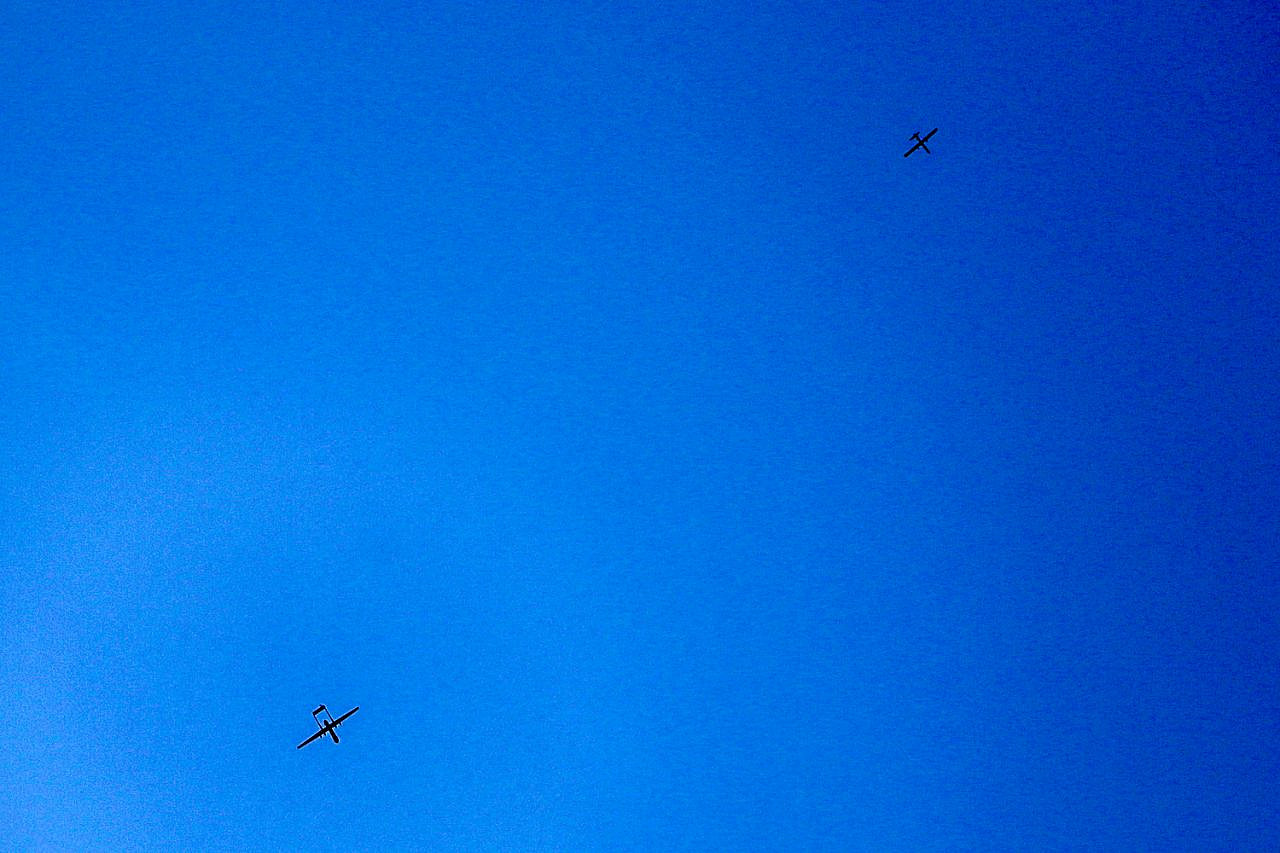 Elbit also produces cannons designed for firing cluster bombs. In 2008, over 100 countries signed a convention prohibiting the use of cluster bombs, which Israel — which was not a signatory — dropped on Gaza on the following year, during Operation Cast Lead.

At least four types of Israeli missiles have been used in Gaza in recent years, including Rafael’s Spike guided missiles, which caused huge numbers of civilian casualties in 2014 and 2021. In 2014, Human Rights Watch reported that what seemed to be a Spike missile struck right outside a school in Rafah where 3,200 civilians were sheltering, killing 12 people, including eight children. Between 2020 and 2021, Rafael’s sales rose by almost $400 million.

Many other Israeli companies gain from the constant siege on Gaza, including cyber and technology companies that develop radar, control, and surveillance systems — all of which have transformed Israel into a cyber empire. More than 40 percent of the global investment in cyber companies goes to Israeli-owned companies, such as Magal Security Systems, which built their “smart fences” on the Israel-Gaza border. Saar Koursh, Magal’s CEO, said in 2018 that Gaza had turned into an exhibition space for his company’s smart fences, proving to prospective clients that they were battle-tested.

The siege and attacks on the Gaza Strip are therefore a profitable business, and not only for Israel: according to the Israeli Air Force, multiple squadrons that took part in the most recent assault operate F-15 and F-16 fighter jets, manufactured by the American arms and aerospace giants Boeing and Lockheed Martin, respectively. Lockheed Martin’s F-35 jets were also reportedly used in the bombardment. The Israeli army also used Boeing and Lockheed Martin jets to bomb Gaza in 2014 and 2021, when it destroyed large populated areas and caused thousands of casualties across the two assaults. Since 2001, Israel has purchased dozens of planes, parts, and military training to the tune of billions of dollars from the two companies, with the last known deal approved by President Joe Biden just weeks before the May 2021 attack. 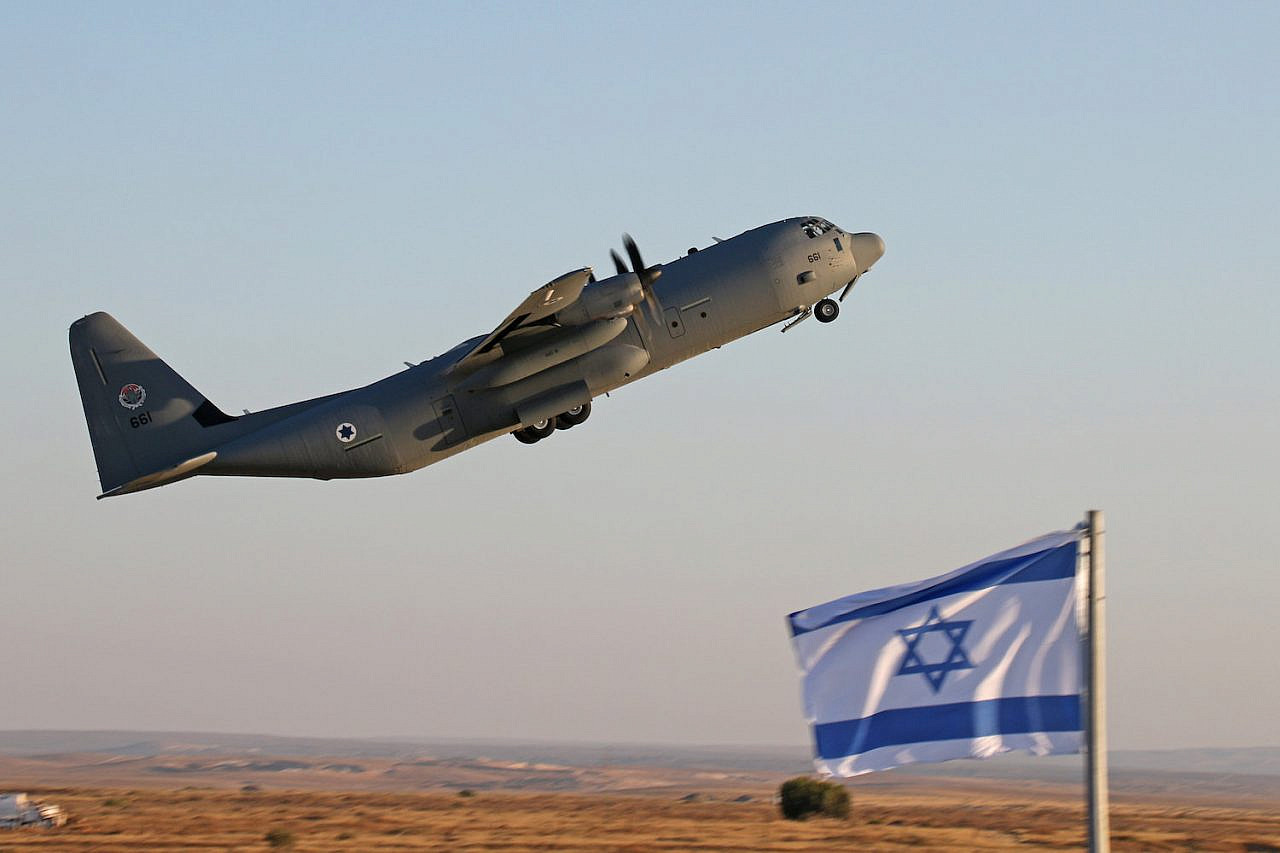 All of these companies (and many more) have a clear interest in maintaining Gaza as a fruitful and limitless playground for any military technology Israel wishes to develop or test. The ability to label certain arms as “battle-tested” provides the industry with great advantages that other nations — including those that are themselves militarily oppressing civilian populations — also seek to preserve.

We see this cycle time and time again. In the last weeks it cost the lives of dozens of Palestinians in Gaza, about a third of them children, and left hundreds more wounded and without homes. This will continue to happen as long as the Israeli arms industry circulates billions of dollars’ worth of weaponry, with the majority of the world’s countries complicit and profiting from it via both exports and imports.

Keren Assaf is an anti-militarist activist, director of AFSC's Israel Program, and co-director of DIMSE —Database of Israeli Military and Security Export.