IDF openly tells the 7,000 residents of Hizma that they are being collectively punished for the stone-throwing of a few Palestinians. 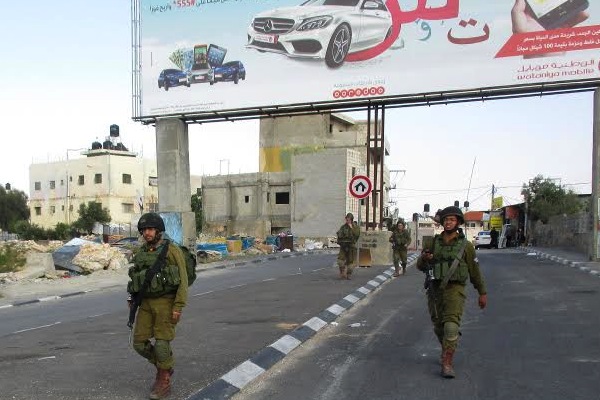 Soldiers patrol one of the entrances to the West Bank village Hizma. (photo: Tamar Fleishman)

The Israeli army and Border Police closed off both entrances to the Palestinian village of Hizma in the West Bank on Monday afternoon, in response to what the military claimed were incidents of stone-throwing in the area. Israeli human rights organization B’Tselem reported that Hizma’s 7,000 residents were also prevented from leaving the village. A sign in Arabic was posted next to one of the barriers, reading:

“To residents of the area: Several of you are responsible for carrying out riots and disturbances of the peace, which resulted in the erection of this barrier. Do not cooperate with them! Stop these actions, which harm your daily lives. For your welfare, and to restore quiet and security to your area, send us any information you have on these disturbers of the pace and their activity in your area to this number: 072-2587990 or to the following email address: Makeitstop2015@gmail.com. Abu Salam, Israel Defense Forces Headquarters.“ 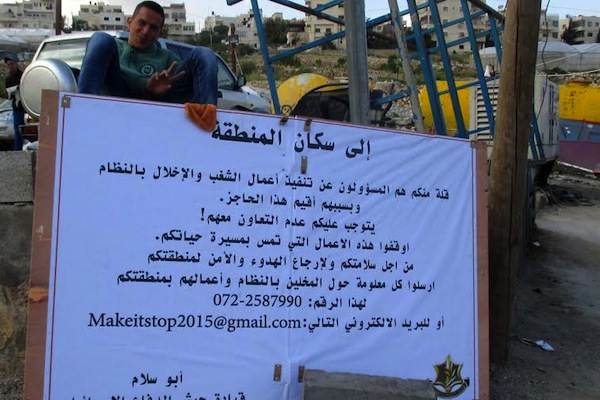 A sign posted by the IDF in the West Bank village Hizma calls on residents not to cooperate with those ‘responsible for carrying out riots and disturbances of the peace,’ and asks that they inform on those behind the disturbances. (photo: Tamar Fleishman)

The barriers were removed at midnight on Monday, but were replaced by spikes the following morning. The entrances were finally opened on Wednesday.

According to B’Tselem, Hizma — near the East Jerusalem settlement of Pisgat Ze’ev — has been closed off before after stone-throwing. However, this is the first time that residents have been told they are being collectively punished.

Collective punishment, illegal under international law, is a regular feature of life for Palestinians in the West Bank and East Jerusalem. The poster calling for Hizma’s residents to inform on their neighbors is also reminiscent of the security establishment’s policy of coercing West Bank Palestinians to turn to collaboration. Such a move is intended to sow discord by placing the responsibility for the closure on the heads of a few. 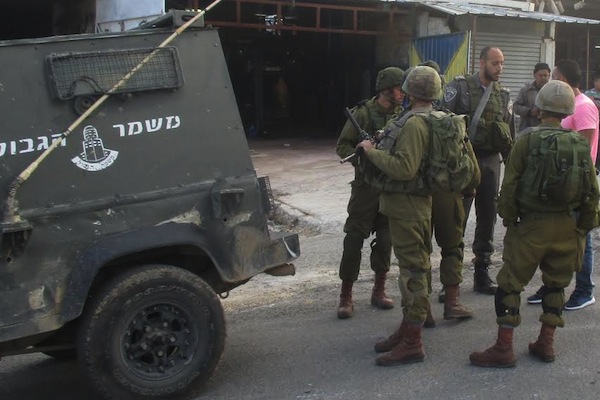 But perhaps the most telling moment came from an exchange between a bus driver from Hizma and an Israeli Border Police officer during the two-day blockade. Upon seeing two Jewish Israelis enter the village, do their shopping and leave again, the driver asked the officer why he could not do the same. The reply: “Because they’re Jewish. You’re not. That’s why.”

Thanks to Tamar Fleishman for additional reporting on this story.