Tair Kaminer sentenced to 30 days in military prison. She has served a total of 45 days after refusing to enlist in the IDF due to her opposition to the occupation. 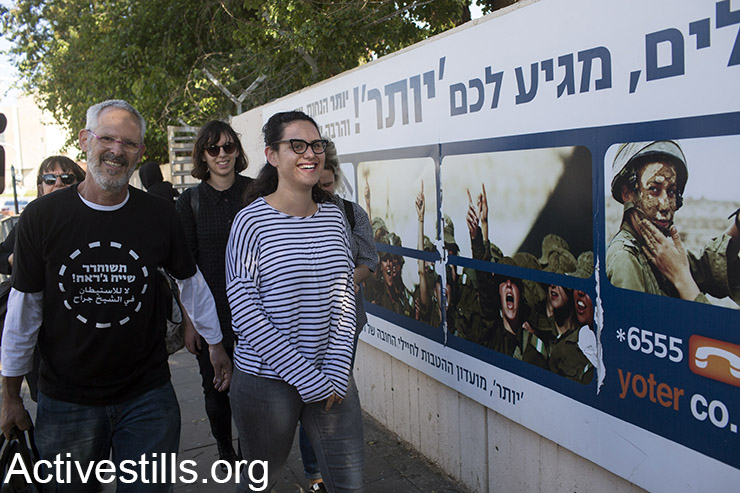 Israeli conscientious objector Tair Kaminer was sentenced on Monday to another 30 days in military prison for refusing to enlist in the IDF. This is Kaminer’s third sentence; she has sat a total of 45 days in jail.

In early January, she informed the army that she would refuse to serve because of her opposition to the occupation, and was sentenced to 20 days in the women’s military prison.

After being released, Kaminer will be made to the induction base where she will be required to enlist once again. Should she refuse, she will be sentenced to another stint in jail. This process repeats itself ad nauseam until the army decides to officially discharge her. Over the past few years, a number of conscientious objectors have been sentenced up to 10 times in this way.

Two weeks ago Kaminer informed the army that she is refusing to serve because of the ongoing military occupation, and was sentenced to 20 days in the women’s military prison. Kaminer is expected to be released this coming weekend, after which she will once again likely refuse to serve and be sentenced to another period in prison.