Whether or not the proposal becomes law, the vote itself broadcasts to the world that this government opposes a negotiated two-state solution. 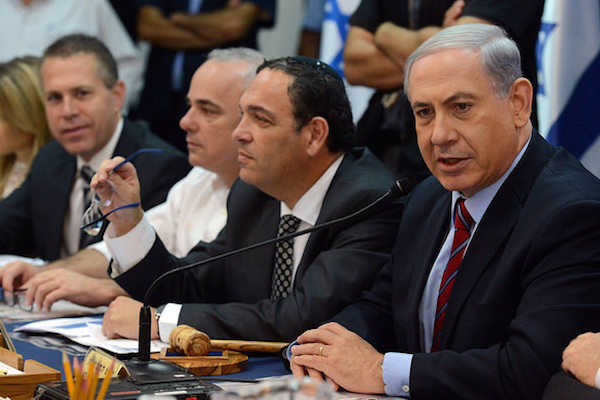 The Israeli government voted to endorse legislation to extend Israeli law to settlements in the West Bank on Sunday.

What would that mean, you ask? For 47 years, the primary source of law in the West Bank has been the IDF military law code. Applying civilian law to parts —or all — of the West Bank would be tantamount to annexation, or at least be a creeping but concrete step toward that goal.

Irrespective of whether or not this latest proposal is ever passed, the vote itself broadcasts to the entire world that the majority of ministers in the Israeli government support annexing West Bank settlements — a “unilateral move” if there ever was one.

In fact, even if the current version of the bill goes no further than it already has, it will have accomplished its authors’ goal: to move Israelis ever closer to stomaching the idea of annexation. 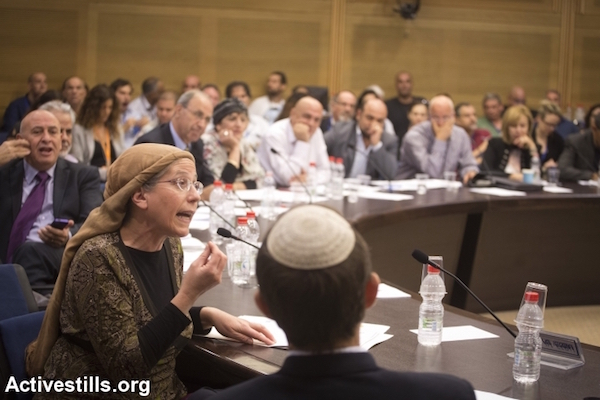 The bill’s author, Knesset member Orit Struck, herself a settler in the West Bank city of Hebron, explained to settler news outlet Arutz Sheva a few weeks ago how she and MK Yariv Levin have prepared 10 draft laws that would annex the West Bank in stages: first individual settlements, then Area C, and eventually, everything West of the Jordan River.

But Israel is not ready to stomach full annexation, Struck explained, “[w]e must aim towards something that the Israeli public, with its present situation, would be able to digest.”

“As of now, it is impossible to create such a basis of support for the idea of annexing the entire area including Ramallah, Nablus and more cities,” she added. “That’s why we must continue in what has been the Zionist way, which has always been a gradual path.”

It’s not really newsworthy that someone like MK Struck is attempting to advance plans to annex the West Bank, or even that she has a plan to do it subversively. After all, she was chosen to become a Knesset member by none other than settlement champion Naftali Bennett (he even ran for office on an annexation platform).

Struck it seems, like many other far-more-palatable Israeli politicians, views the current situation — sky rocketing nationalist and racist sentiments combined with the fear accompanying what many believe could be a looming, dark period of violence and repression — as a political opportunity.

In periods like this, stained by ongoing violence, societal polarization and political desperation, one of the most dangerous things that can happen is for responsible leadership to be shoved aside by populism and political opportunism.

What we are seeing today is the true face of Israel’s government and its ministers: one that unabashedly supports — in practice as well as in rhetoric — the expansion and annexation of illegal settlements. It is a government that opposes Palestinian statehood, and has no intention of ending the occupation of its own accord.

The European Union’s new foreign policy chief, Federica Mogherini, made her first official visit to Israel a couple of days ago. In Jerusalem she expressed hopes for “a new start,” ostensibly referring to the growing animosity between the EU and Israel over the latter’s unrepentant and unrelenting settlement expansion.

There may be a new start in the cards, but not the one Mogherini is hoping for.

Related:
There’s nothing static about the West Bank ‘status quo’
In Silwan, the settlers are winning – big time
100 ex-generals to Bibi: Reach a Palestinian, regional accord now