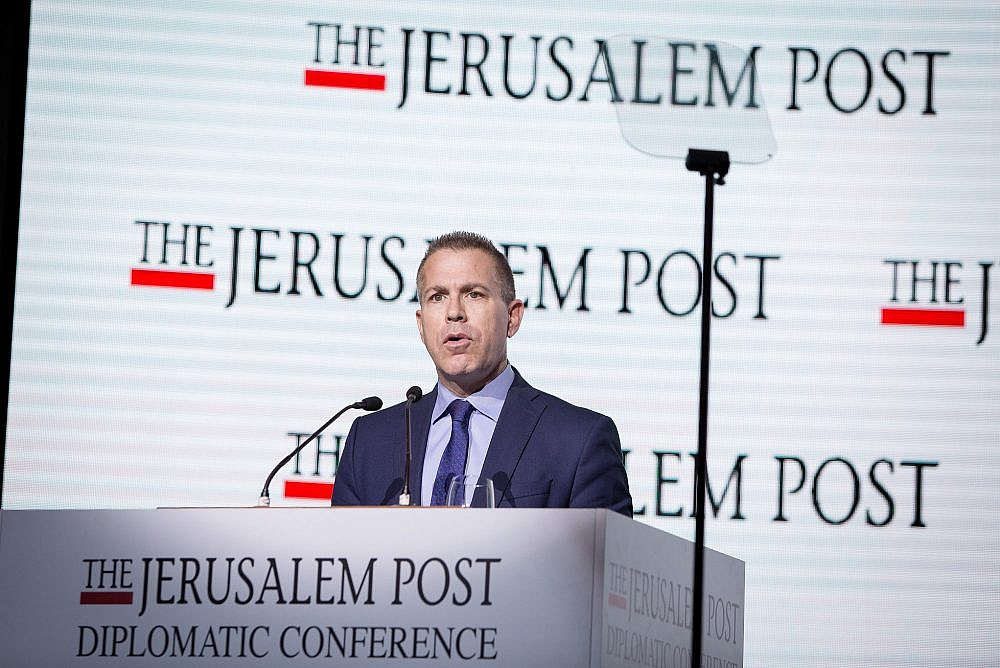 Israel’s Strategic Affairs Ministry paid over NIS 100,000 to the Jerusalem Post to publish articles that promote its messages in both its print and online editions, according to official government communiques.

In exchange for government money, the Jerusalem Post published a special supplement in June 2019 titled “Unmasking BDS,” as part of the ministry’s attempts to delegitimize the Boycott, Divestment, and Sanctions movement. Within the supplement’s pages, top journalists at the paper interviewed officials from the ministry as well as members of organizations abroad that work in concert with it. Other interviewees included Republican Senator and former U.S. presidential candidate Ted Cruz, who was described as a “brave warrior” for Israel.

The deal between the Jerusalem Post and the Strategic Affairs Ministry, which was mediated by Israel’s Government Advertising Agency, was revealed for the first time last month, following a freedom of information request filed by the Seventh Eye.

On its face, the supplement appears to be a combination of a Jerusalem Post project and an advertising pamphlet, although nowhere does it directly declare that the ministry paid for its content. In contrast, the articles and columns from the supplement that were published on the Jerusalem Post’s website do not inform readers in any way that they are, in fact, reading government propaganda.

Formed in 2006, the Strategic Affairs Ministry has been at the forefront of international efforts to censor, censure, and even criminalize BDS activists. Under the stewardship of the Likud’s Gilad Erdan (recently succeeded by Blue and White’s Orit Farkash HaCohen), the ministry has repeatedly provided media outlets and other organizations with funds to attack BDS and the wider movement for Palestinian rights.

Erdan, who is now Israel’s ambassador to the United Nations and designated ambassador to the United States, headed the Strategic Affairs Ministry at the time of the deal with the Jerusalem Post. Although Erdan was the most senior and well-known figure in the ministry at the time, his name appears in the supplement in only a few instances, and without prominence. This is because of rules that restrict the participation of ministers in campaigns funded by government ministries.

In the article, Linde describes both Cruz and Deutsch as “powerful warriors” against the BDS movement and takes pride in the fact that both were willing to grant him interviews. Despite the boasting, the article itself is meager and mainly includes generalized statements about the strength of the State of Israel, its strong and inalienable bond with the United States, and so on.

The article also includes words of praise for U.S. President Donald Trump. Cruz, who ran against Trump in the 2016 presidential election, praised the president for the “powerful” message he sent to Israel’s enemies when he decided to move the U.S. embassy to Jerusalem, which Cruz called “the eternal capital of the Jewish people for more than 3,000 years.”

Erdan aside, other officials in the Strategic Affairs Ministry actually starred in the Jerusalem Post supplement. The ministry’s former director general Sima Vaknin-Gil published an article that was printed at the beginning of the supplement, and her successor, Tzachi Gavrieli, was interviewed at length in an article published by reporter Benjamin Weinthal. Reporter Ilanit Chernik interviewed Ido Daniel, the ministry’s digital strategy director.

Senior editor Maayan Hoffman interviewed the head of the ministry’s research department, Shai Har-Zvi, along with Yossi Kuperwasser, the ministry’s former director general, and the founder of Kela Shlomo — the ministry’s public-benefit corporation that engages so-called “mass awareness activities” as part of the struggle against what it calls the delegitimization campaign against Israel. Other notables who have published articles in the sponsored supplement are senior editor Liat Collins and senior commentator Yonah Jeremy Bob.

Kela Shlomo, now renamed Concert — Together for Israel, received its own article, which included an interview with the organization’s chairman, Micha Leikin-Avni. The organization was supposed to be sitting on a huge budget of more than a quarter of a billion shekels, which it transfers to a network of other hasbara organizations around the world. Jerusalem Post reporter Alan Rosenbaum presented Concert as a dizzying success. However, recently revealed internal documents indicate that even then the organization was in trouble: its people failed not only to raise money, but also to distribute it to American organizations — many of whom rejected the funding for fear of being required to register as “foreign agents” on behalf of the State of Israel.

The Jerusalem Post supplement also included sponsored content promoting other organizations, including Christians United for Israel (CUFI) headed by Rev. John Hagee, the International Foundation for Christians and Jews, and the International Legal Forum. The supplement also includes an article by Adam Milstein, an American businessman who is involved in the managing and financing of several organizations that work in coordination with the Strategic Affairs Ministry in the United States. This is not the first time that the Strategic Affairs Ministry’s funds have been used to purchase paid content that praised American politicians. In November 2017, a special supplement funded by the ministry was distributed to subscribers of Makor Rishon, a newspaper affiliated with Israel’s religious right. As in the case of the Jerusalem Post, the Makor Rishon supplement also promoted the ministry’s senior officials and hasbara groups that work with it.

One of the paid articles included in the Makor Rishon supplement was a flattering interview with Republican Senator Marco Rubio, published by Israeli journalist Ariel Kahane, who has since moved to Israel Hayom. The owners of Makor Rishon and Israel Hayom, Sheldon and Miriam Adelson, previously supported Rubio as a candidate in the 2016 Republican presidential primaries. They later moved their support to Trump, along with personal donations totaling tens of millions of dollars.

The Strategic Affairs Ministry has previously refused to disclose how much it paid for the Makor Rishon supplement, but Government Advertising Agency documents handed over to the Seventh Eye show that the contract amounted to NIS 370,000.

The amount paid for the Jerusalem Post supplement is far lower, amounting to about NIS 120,000. Along with three other deals, which included selling articles and purchasing sponsorship for a conference in 2019 and an online conference in June 2020, the ministry has paid the Jerusalem Post around NIS 375,000. In the past, the ministry spent hundreds of thousands of shekels to purchase content from Keshet, Yedioth Ahronoth, and other media outlets.

This was a regular phenomenon during the Erdan era: organizations and individuals who work in concert with the Strategic Affairs Ministry — even those that do not receive direct funding from the ministry — enjoy positive public relations at the expense of taxpayers in Israel. In the case of the Jerusalem Post, the newspaper and Erdan’s staff alike hid the use of public funds from the public.

“Former Minister Gilad Erdan, due to his position as a public servant, did not participate in the supplement, was not interviewed in it, and his picture was not published,” the ministry added. “Minister Erdan was mentioned in the supplement in an informative and indirect manner by virtue of being the minister in charge of the ministry.”

A version of this article was originally published in Hebrew on the Seventh Eye. Read it here.