There are many Israeli positions that should make one angry these days. The reaction to the Egyptian uprising is not one of them 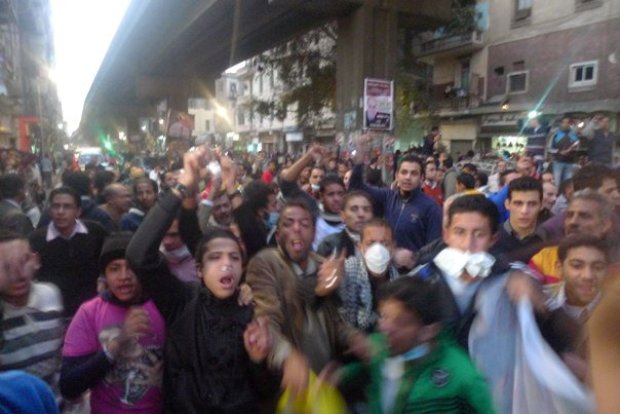 This weekend, several writers on +972 Magazine claimed that Israelis are generally hostile to the Egyptian revolution and that they prefer to side with President Hosni Mubarak (examples here, here and here). I believe this to be inaccurate, maybe simply untrue.

Yes, recent events took Israeli pundits, experts, and leaders by surprise, and in the first days of protest, they tended to estimate that the demonstrations would soon die out and the president would survive. This is the reason for some of the public comments that seemed to be downplaying the importance of protest. But frankly, who wasn’t surprised? No one in the West imagined that Mubarak’s regime was so fragile. The determination of the protesters found the Egyptian opposition leaders themselves unready, and it took them a day or two before they joined the protesters (or three days, in the case of the Muslim Brotherhood). Blaming Jerusalem alone for not recognizing the full potential of the uprising is ridiculous.

I was watching Israeli networks over the past few days, and I found their coverage to be pretty similar to those on CNN or Sky, and more balanced and professional than FOX News. Channel 1 had a reporter in Cairo broadcasting live on Friday, and he was clearly exited by the protest. In other TV stations, there were lively exchanges between those who saw the risks involved in an Egyptian revolution (these were mainly the military correspondents) and those who were impressed and even moved by the Egyptian cry for freedom.

Israelis never liked President Mubarak very much. Unlike the late Jordanian King Hussein, Mubarak was perceived as cold and aloof, even patronizing. To be sure, nobody thought of him as “our guy.” Mubarak was simply the person you do business with.

There is a consensus in Israel that peace with Egypt is the greatest strategic asset the country has, after its special relationship with the US. Except for some on the extreme Right, the dominant view is that Israel should do business with whoever will be calling the shots in Cairo. Mubarak kept the peace – so Israeli leaders trusted him. The same could happen with his successor.

On Channel two on Friday, Tzvi Mazal, a rightwing diplomat and former ambassador to Egypt, said that the revolution is a blessing for both Israel and the Egyptian people (today, in an op-ed in Maariv, Mazal claimed that the peace treaty with Israel is not at risk, and that the prospect of an Islamic regime resulting from the revolution are very low). Other pundits expressed concern over the possibility of a Muslim takeover in Egypt. Following Hamas’ rise in Gaza and recent moves by Hezbollah in Lebanon, that is the main Israeli fear. I think Israelis tend to exaggerate these risks, but I can understand the reasons for them. If there is any hostility to the Egyptian revolution in Israel, I think it is because of these fears, and not due to a patronizing attitude towards the Arab world, as some writers suggested (though this sentiment might also exist among some people).

Regardless of the revolution’s outcome, Egypt will remain a great nation, and one of the region’s major powers. Many Israelis understand and respect that. Right now, I feel that the dominant view is that it is for the Egyptian people to decide who rules them. To be honest, I think that a full embrace of the revolution by the current Israeli government would have embarrassed Egyptian opposition leaders more than it could encourage them. I actually believe that the government did the right thing in keeping mostly silent on these events.

On a personal level, when I think of Egypt, my grandparents are the first to come to my mind. Born in Basra, Iraq, they were both fans of Egyptian culture. At home, they watched Egyptian films which they borrowed from a special video store in our town. They listened to Egyptian music and spoke Arabic with their friends. Had they lived to see this moment, I think they would have been thrilled and exited by the images coming from Cairo.