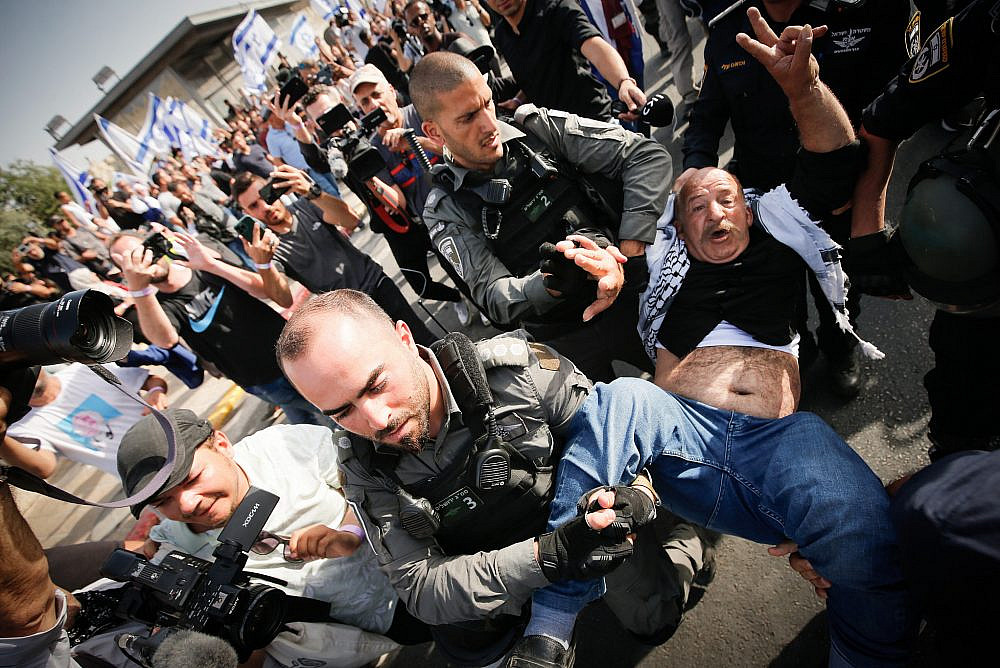 Israeli Border Police detain a Palestinian man at Damascus Gate during the Flag March on Jerusalem Day, May 29, 2022. (Jamal AwadFlash90)

The sight of tens of thousands of Jewish supremacists, many of them young, gripped the world on Sunday during the annual Flag March, the culmination of Israel’s celebrations marking the “reunification” of Jerusalem in 1967. The marchers walked through the streets of Jerusalem on their way to the Old City, many of whom engaged in violent and racist chanting, including “Death to Arabs,” “May your village burn,” and “Shireen is a whore,” in reference to the slain Palestinian journalist Shireen Abu Akleh.

The marchers were allowed to parade through Damascus Gate — a central hub for the city’s Palestinians — and into the Muslim Quarter, where they attacked Palestinian shopowners, journalists, and onlookers; the Israeli police, meanwhile, cordoned off the area surrounding the Old City and barred Palestinians from protesting.

But with the world’s focus on the Israeli marchers, few paid attention to how Palestinians were resisting that day — and how they were brutally suppressed. Less than a kilometer from the Jewish crowd, Palestinians organized their own counter Flag March on Salah a-Din street, one of the major thoroughfares of occupied East Jerusalem. Unlike the Israeli Flag March, the Palestinian one was swiftly put down by the police.

Other moments of defiance stood out during the day, captured on video and circulated widely on social media. While Israeli marchers danced at Damascus Gate, a drone carrying the Palesinian flag flew over their heads to the delight of Palestinian onlookers. When an Israeli settler pepper sprayed a Palestinian woman and kicked her to the ground, several Palestinian young men sprung to confront him and kicked him back. An elderly Palestinian man, standing before hundreds of shouting Israeli youth, wore a kuffiyeh and insisted on facing the march, until Israeli police removed him from the scene.

A drone with the Palestinian flag flies over the Israeli nationalist 'Flag March' in the Old City of Jerusalem. (@OrenZiv_) pic.twitter.com/r9QSamvKwg

“We felt victorious at some points, but it was a relative victory,” said Atty. Nasser Odeh, a Palestinian human rights lawyer and activist. “The fact that Israel had to close the area around the Old City and send reinforcements to guard the Flag March makes Palestinian feel that the Israelis don’t have control over the city. But at the same time, Israel has powerful systems in place to enforce its control, be it the legal system, the police, the government, etc.”

“We are talking about oppression following you to every corner of your life, whether you want to study, work, marry, or build a house,” he explained. “Anything and everything you try to do in Jerusalem as a Palestinian — Israel will try to stop you.”

According to Odeh, Israeli police arrested around 150 Palestinians before the Flag March even began. Some of those who were arrested have been released by now, while others are still being held in custody. Despite the Jerusalem District Court ruling that such so-called “preventative” arrests are illegal, the police kept them until the late hours of the day — over 12 hours after the court ordered their release. 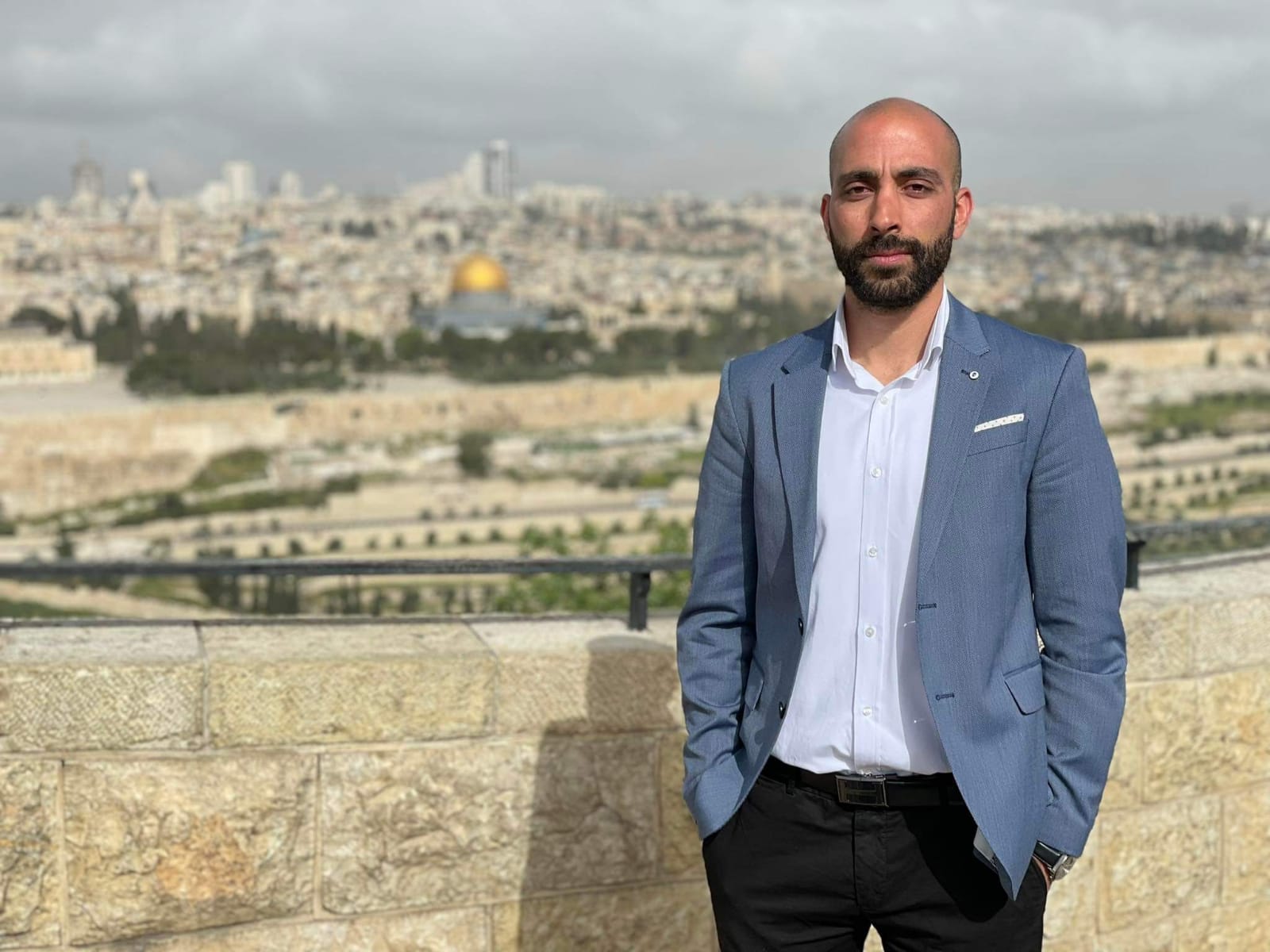 Odeh further described how the Israeli authorities attempted to “scare and silence” Palestinians by sending them summons for interrogations, or threatened them by calling or texting their phones. Some Palestinians, he added, avoided going to work or school out of fear of violence from both the marchers and Israeli forces.

In addition, between 60 and 70 Palestinians were arrested during and after the Flag March itself, nearly a quarter of them minors, Odeh said. By Monday, some of those Palestinians were released, while others had their remand extended.

“The conditions of the release were ridiculous,” Odeh said. “Some were let go on enormous bails; some were given restraining orders, barring them from the Old City for three to six weeks; and others are being confined to home arrests. In one case, a Palestinian was let out of detention, but was ordered to stay 20 meters away from any Israeli home in the city.”

The violence, however, did not end when the Flag March quieted down. In Palestinian neighborhoods such as Sheikh Jarrah and Silwan — which have become renowned for their struggle against Israeli expulsions and settler violence — hundreds of young Jewish extremists, often accompanied by police, attacked residents and their property, which Odeh refers to as “lynching attempts” that the mainstream media did not cover. 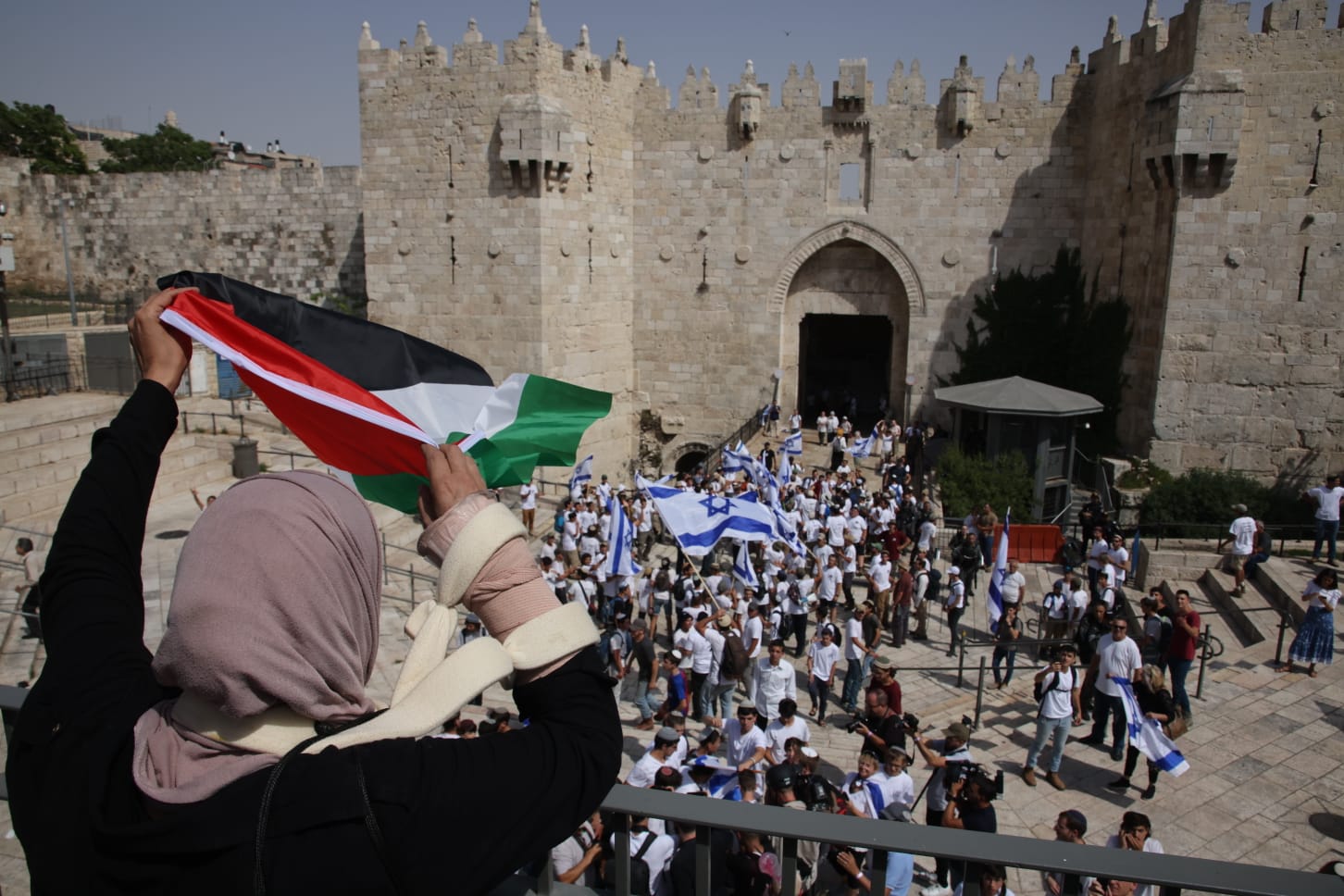 A Palestinian woman waves a flag in front of the Israeli Flag March on Jerusalem Day at Damascus Gate, Jerusalem, May 29, 2022. (Oren Ziv)

“The settlers were ready and organized,” Odeh said. “They planned ahead, they were masked, used pepper spray, had sticks on them, and attacked the people and houses that had become a symbol of resistance in Sheikh Jarrah and Silwan. They knew what they were doing.”

In one case, masked settlers attacked Iyad Harb, a prominent Arab journalist who works for Makan, the Arabic branch of Israel’s public broadcaster, Kan. Harb told Haaretz that upon arriving in Sheikh Jarrah, he saw masked settlers who “attacked me in my head, back and leg with sticks, breaking my glasses, stealing my phone and spraying me with pepper spray.”

Although the assailants were arrested, Odeh points to the enormous discrepancy between the handful of Israelis and the hundreds of Palestinians who were detained by the police in relation to the Flag March.

“The attempted lynchings in these neighborhoods were different this year — they were more severe and violent, with a higher numbers of attacks,” he said. “The media covered the march itself and focused on the Old City, but did not cover much of the attacks in Sheikh Jarrah and Silwan ahead of the march and after it ended. The settlers passed through those neighborhoods to arrive at the Old City and wreaked havoc.” 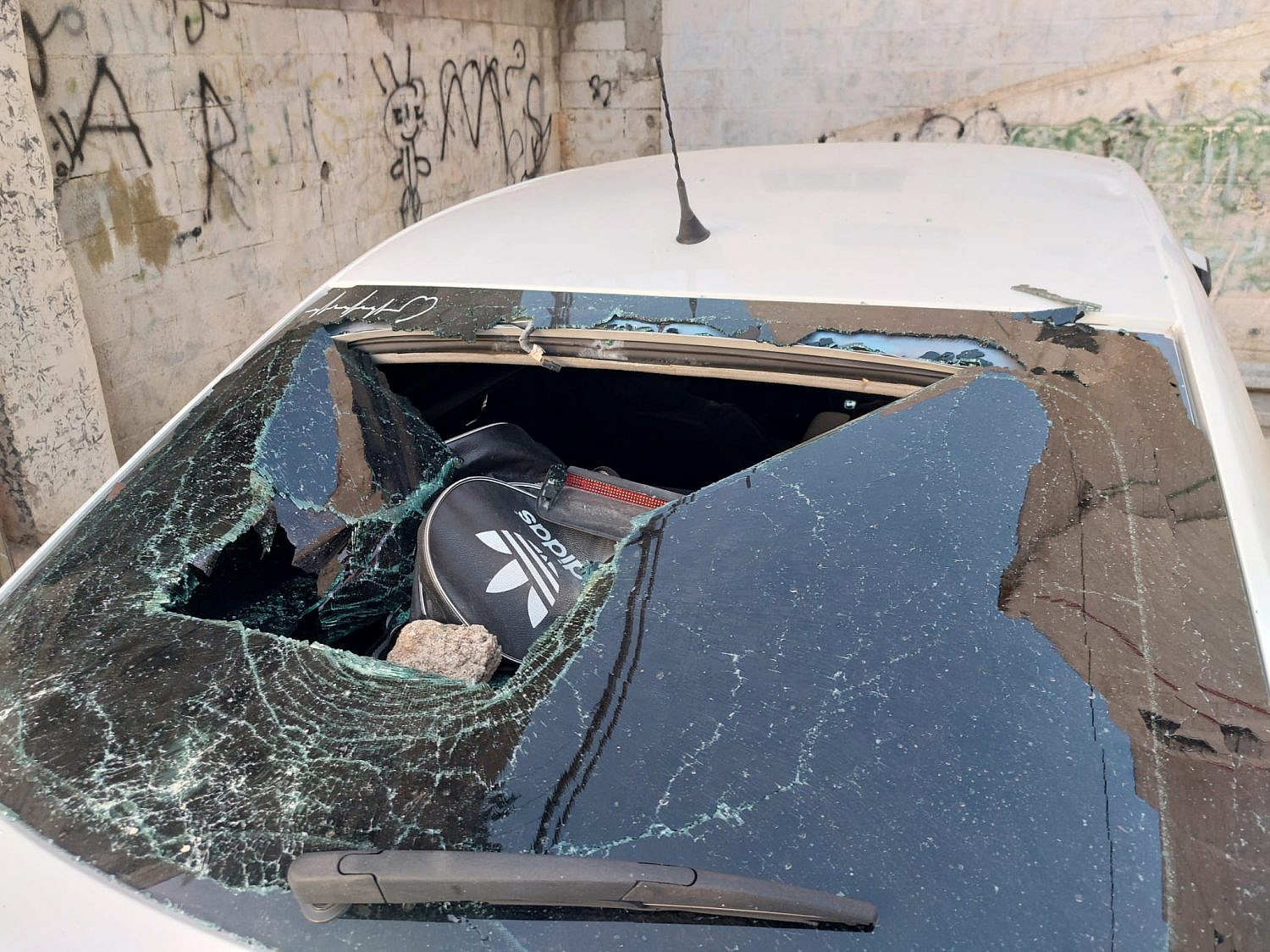 Cars belonging to Palestinian residents damaged by Israeli extremists during the Flag March on Jerusalem Day, May 29, 2022. (Oren Ziv)

In some cases, Odeh said the police arrested some of the Palestinians who had been attacked by the settlers, rather than the assailants themselves. Worse yet, the officers continued to assault the detainees in custody — right in front of the lawyers.

“They severely beat and tasered the detained Palestinians, even inside the police station,” said Odeh. “Lawyers demanded the detainees receive medical treatment because they were bleeding and [some had] their bones broken, but the police stalled for hours. The legal system and the courts are part of this oppressive regime that legitimizes such illegal acts.” 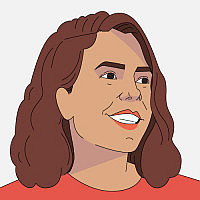 Vera Sajrawi is an editor and writer at +972 Magazine. She was previously a TV, radio, and online producer at the BBC and at Al Jazeera. She is a graduate of the University of Colorado at Boulder and of Al-Yarmouk University. She is a Palestinian based in Haifa.