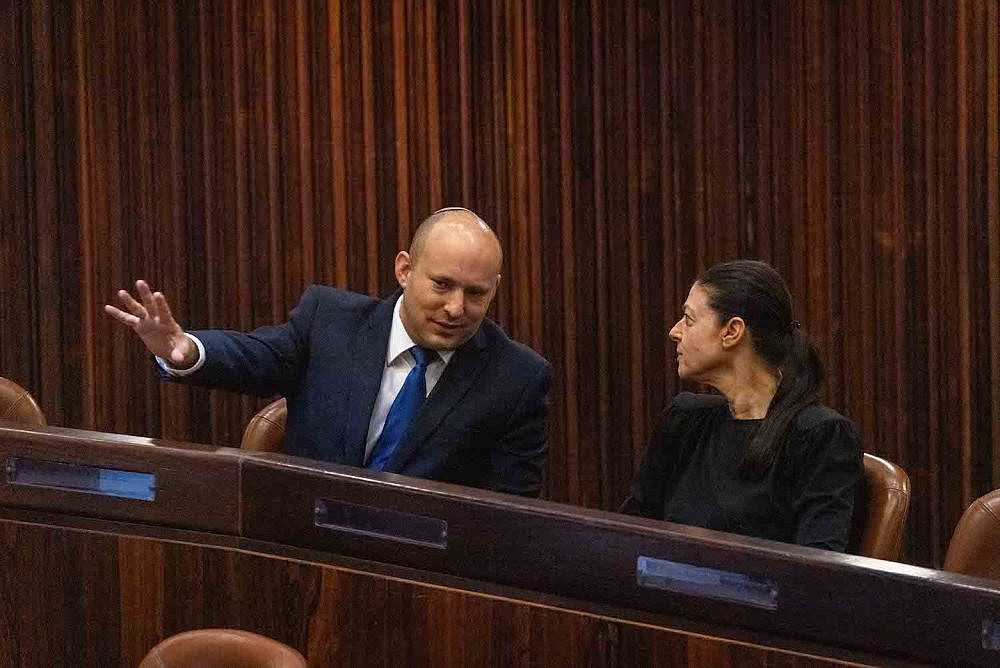 Sometimes you need to give credit where it’s due. And to the credit of Israel’s center-left parties, they had prepared their constituents in advance for the fact that entering the new government — which, in any composition, was going to rely on a clear right-wing majority — would have to involve making serious compromises.

A few days before the last election, Health Minister and Meretz head Nitzan Horowitz himself said “we will agree to make compromises to send Bibi home.” In the name of that same compromise, Labor chair Merav Michaeli agreed to relinquish top portfolios in order to sit in a government headed by a right-winger who once represented the settler movement, and who won the same number of seats as her party.

Meretz and Labor were required to foot the bill earlier than expected. Only two weeks after its inauguration, the government has already shown how far it is willing to go in order to reach a compromise with the outlaws of the Eviatar outpost in the occupied West Bank, in a shameful surrender that has once again rewarded the criminal behavior of the settler movement.

Political compromises are intended to enable the promotion of one’s core ideological demands, while making certain concessions on less critical issues. And to do this, red lines must be drawn. I am not a Meretz voter, but it seems to me that the party’s voters are entitled to a clearer understanding of its leadership’s red lines, particularly given their disgraceful silence in the face of the Eviatar compromise. If deepening the theft of Palestinian land, expanding the occupation, and complete contempt for all legal or moral norms are not beyond their red lines, it is unclear what is. 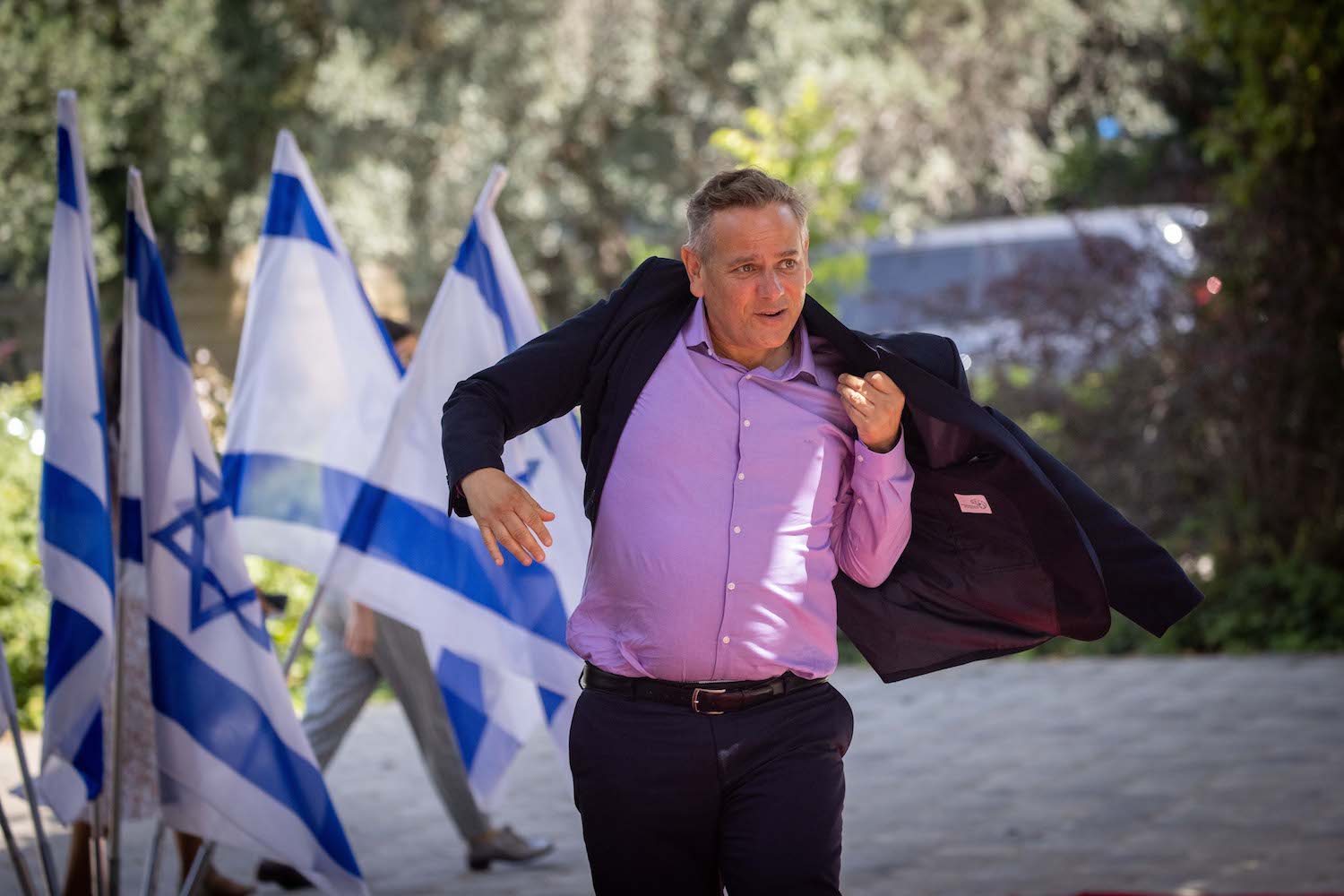 Is religious coercion — one of the party’s foundational values — a red line? What about Netanyahu’s removal from power? Liberal Israelis could have easily voted for Avigdor Liberman, a right-wing nationalist who touts his liberal credentials, instead of Meretz and would not have noticed a difference when it comes to policy. If within only two weeks since the inauguration of this government, the differences between Meretz and Liberman have blurred almost beyond recognition, we are facing a very big problem.

In their moment of truth, the center-left Zionist parties — who during election cycles passionately court the Arab voice (Meretz’s last campaign focused heavily on opposing the occupation and the settlements), while promising to take care of their Arab interests — feel completely comfortable sitting around the table with other Israeli Jews and negotiating the extent to which the most basic rights of Palestinians can be denied. 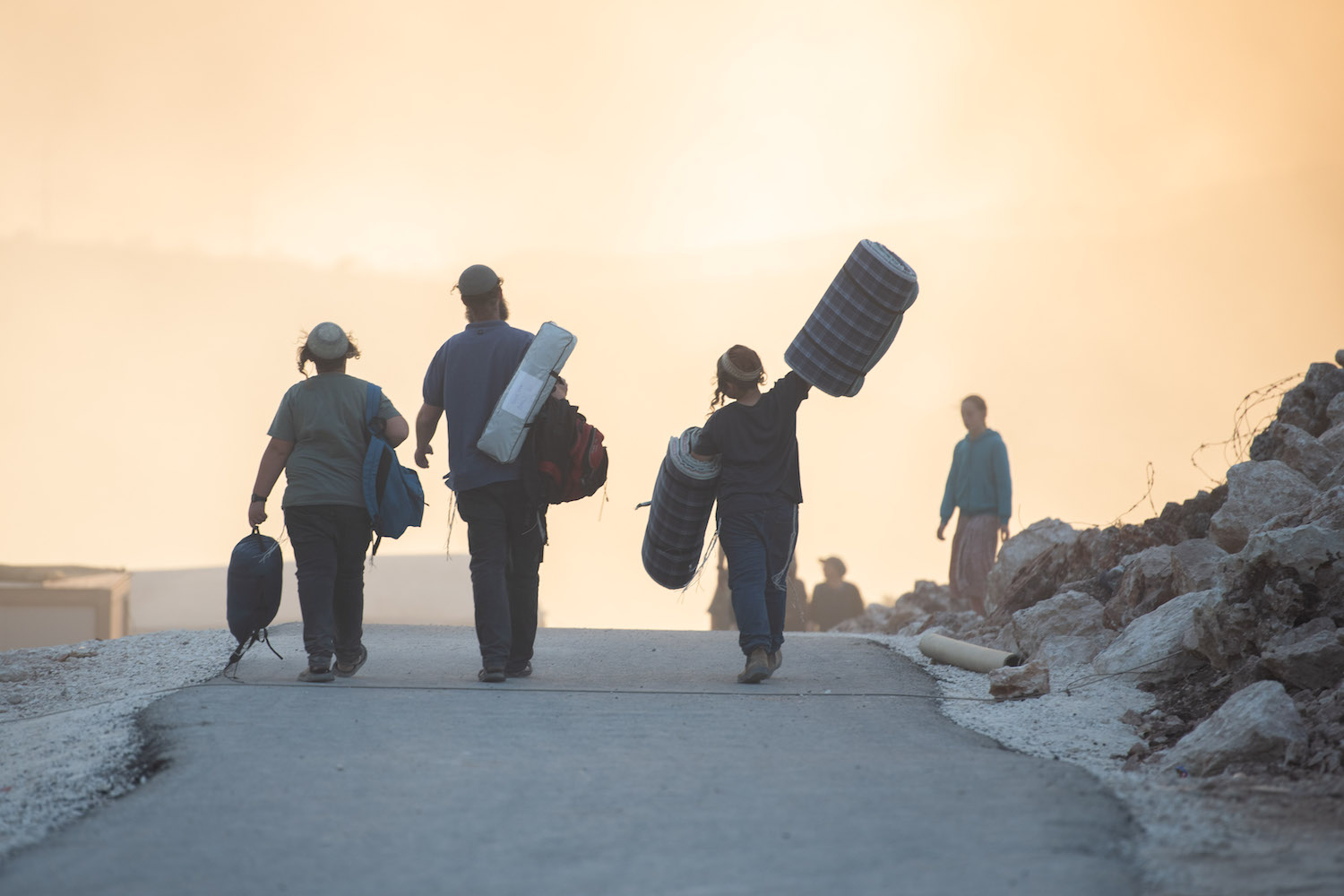 This goes beyond the occupation. The Knesset will next week vote on the family unification law, a “temporary order” that for 18 years has been renewed in order to ban Palestinians from the West Bank or Gaza who marry Israeli citizens from living permanently in Israel with their spouses, while denying them a path to citizenship. This order has turned the lives of thousands of Palestinians into a daily hell and presents them with the inhuman decision between tearing apart family members or leaving their land entirely.

At best, Israeli Jews will yet again sit on both sides of the table and negotiate over the right of Palestinians to fall in love, marry, and lead a normal family life in their homeland. Although Meretz saved some of its dignity and has announced that it will not support the law, others will certainly keep their mouths shut in the name of that sacred compromise.

The recent decision by a number of leading human rights organizations to declare that Israel maintains a single apartheid regime between the river and the sea, including within its official borders, was received with anger by the Israeli public and the political establishment. But one must be voluntarily blind not to see how deeply these intra-Jewish “compromises” on Palestinian rights are a profound expression of the apartheid logic that undergirds Israel’s regime of Jewish supremacy.

This goes far deeper than the denial of the rights of citizens in the occupied territories: the Citizenship Law deprives Palestinian citizens within the State of Israel — those who supposedly enjoy its glorious democracy — of the most basic right that is naturally reserved for every Jewish citizen of the country, and even Jews abroad. This shameful racist law, whose supporters have tried to disguise its demographic aspirations under the cloak of “security,” is further proof that under Israel’s apartheid regime, as far as the Palestinian public is concerned, the distinction between national and civil demands is meaningless. A young woman from Nazareth who falls in love with a man from Ramallah and wants to build a life with him does not do so as a political statement. She is simply demanding the basic right that every Jewish citizen of Israel enjoys. After all, the neighbor of that young Palestinian, a Jewish woman living in a nearby town who falls in love with a Jewish man from the settlement of Ofra near Ramallah, can marry him and live with him in her town without trouble.

If Israel insists on scrutinizing the security aspect of granting citizenship, then — as Joint List MK Ahmad Tibi noted at a recent Knesset committee meeting on occupation and apartheid — the number of Jews who were granted citizenship under the Law of Return and who committed acts of terrorism against Palestinians in fact far outweighs the Palestinians who were granted Israeli citizenship and committed acts of terrorism against Jews.

Israel’s proclaimed logic would therefore require the immediate abolishment of the Law of Return. But an apartheid logic that seeks to establish Jewish supremacy — including demographic supremacy — means there is one law for Jews and another for Palestinians. All of this takes place within the tradition of internal Jewish compromises over Palestinian lives, and with the approval of the Supreme Court of the Jewish apartheid regime. One cannot understand these compromises without taking into account the positions and compromises of the Islamist Ra’am party, which opted to join the government last month. It is true that Ra’am also has to make difficult compromises to ensure the continued existence of this government. The party’s Knesset members remained silent in the face of the Eviatar agreement, although one can only assume they were not pleased with it. But without criticizing or supporting Ra’am’s decision to back the government, it is worth examining the list of demands it put forward before entering the coalition — not only to understand the party’s red lines, but to learn something about the reality that forces a Palestinian party in Israel to remain silent while the rights of Palestinians are trampled upon.

In exchange for equitable education budgets; the possibility of receiving building permits; the recognition of villages, some of which existed before the establishment of the state; and an end to home demolitions of Arab citizens, Ra’am must stay mum on Palestinian rights in the occupied territories. In exchange for these basic rights, which should be a given for every citizen of every democratic state, the MKs of Ra’am are required to allow the government to do whatever it pleases to their brethren across the Green Line. This is not called political compromise. This is called apartheid.