Yair Lapid and Tzipi Livni have one last chance to leave a positive legacy: make sure Israel doesn’t continue the administrative detention of African asylum seekers who have committed no crime.

There is little doubt that Yair Lapid and Tzipi Livni will be the biggest losers of Prime Minister Benjamin Netanyahu’s decision to fire them from their senior government posts. After the coming elections Lapid will almost certainly find himself in the opposition heading a smaller party, while Livni will most likely find herself in political exile once again. 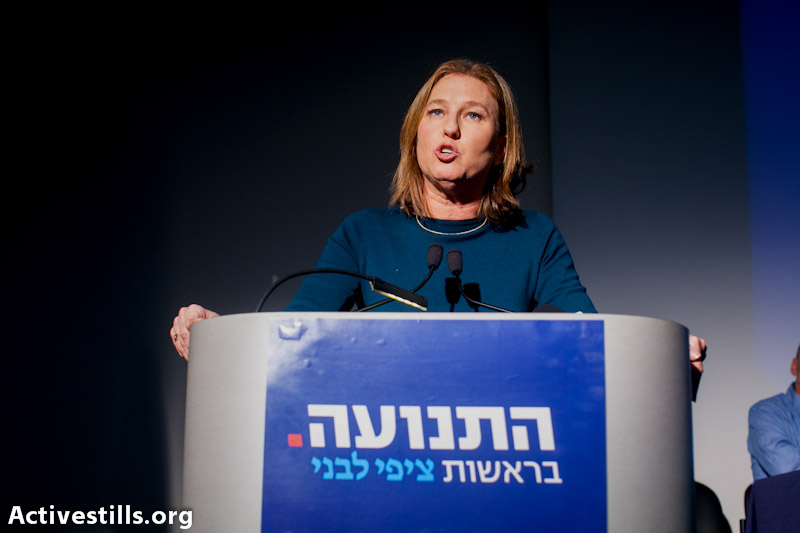 But despite being kicked out the government, Livni and Lapid still control 25 out of 120 Knesset seats.

While most of the worrisome legislation championed by the current Netanyahu government — like the ‘Jewish Nation-State Law’ — will most likely be shelved until after elections next year, there is one law that cannot wait.

In late September Israel’s High Court of Justice ordered the State to shutter its desert detention facility for African asylum seekers within 90 days, a deadline that is less than three weeks away. The government, unmoved by the High Court’s order, has been scrambling to pass a replacement law that would leave the detention center open while somehow feigning compliance with the court’s order.

The court ordered Holot closed. The government is trying to pass a law that would keep it open. 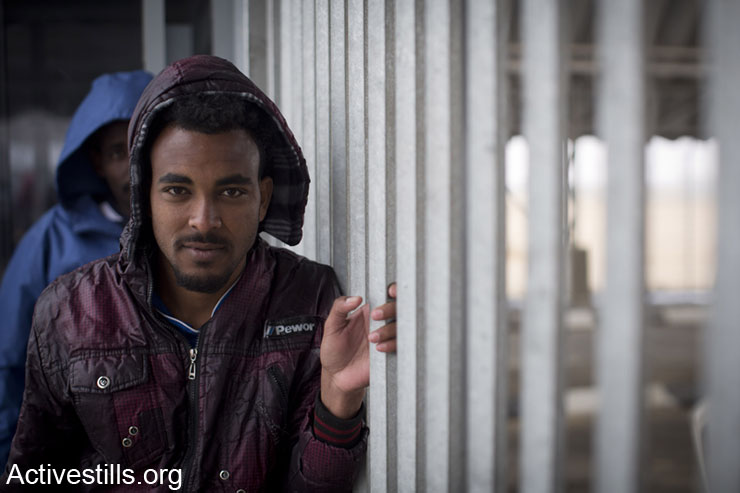 An African asylum seeker jailed in Holot detention center waits to re-enter the facility after meeting activists and friends who came for a solidarity visit, Negev, February 15, 2014. (photo: Oren Ziv/Activestills.org)

Lapid and Livni have an opportunity to make sure the High Court’s order is upheld and that the thousands of African asylum seekers imprisoned in Holot are released. All they need to do is oppose the current legislation.

As long as Lapid and Livni don’t support the proposed amendment to the Prevention of Infiltration Law, the government will have no choice but the shut down the desert facility. That is, unless Netanyahu and his colleagues decide to ignore the court, triggering one of the most serious constitutional crises the country has ever seen.

Lapid and Livni can still do one good thing on their way out of Dodge: ensure that Holot is closed by the end of this year. The desert prison has for far too long been an affront to human dignity and international law.

So to you, Yair and Tzipi, I say: leave behind a legacy you can be proud of. Let the refugees out of prison.