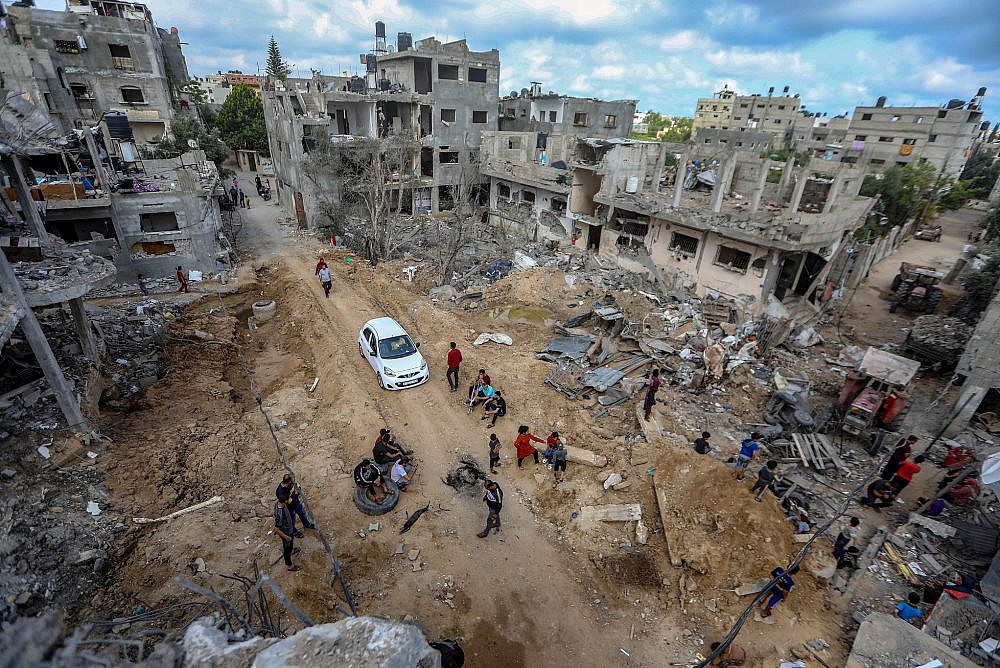 Palestinians stand amidst the ruins of a neighborhood of Beit Hanoun which was destroyed by the recent Israeli bombardements , northern Gaza Strip, May 21, 2021. (Mohammed Zaanoun/Activestills)

A year has passed since those 11 terrible days in May 2021, when the Israeli army launched an intense bombardment of the Gaza Strip; the military wings of Hamas and Islamic Jihad fired thousands of rockets at Israeli cities; Israeli forces violently suppressed protests within the Green Line and in the occupied West Bank; and the prevailing ultra-nationalistic fervor within Israel paved the way for lynchings that took place openly in front of news cameras.

During those 11 days, Gaza, one of the most densely populated areas in the world and which has been languishing under 15 years of Israeli-Egyptian siege, took center-stage in this horror. As in previous Israeli offensives, the army utilized a particularly lethal policy known as the Dahiya doctrine, according to which it deliberately targets and heavily bombards neighborhoods, residential towers, and other civilian infrastructure.

While insisting that its forces abide by international law in all their activities, Israel regularly boasts of its internal investigative mechanisms, claiming that it conducts effective probes concerning any suspected war crimes. With these mechanisms, Israel aims to deflect criticism and dismiss the mandates of international tribunals who seek to hold its soldiers and commanders accountable.

However, data recently provided by the army to the NGO Yesh Din, where I work, demonstrates the real objectives of Israel’s investigations: upholding a façade of a functioning law enforcement system.

The deadly consequences of the Dahiya doctrine — which Israel developed during its 2006 war on Lebanon and has implemented in Gaza ever since — defy comprehension. According to the Palestinian human rights organizations Al Mezan, PCHR, and Al-Haq, 240 Palestinians were killed during those 11 days in May 2021, including 151 civilians, of whom 59 were children; UN OCHA and the Israeli human rights group B’Tselem documented similar numbers. Israeli airstrikes wounded thousands, many of them children, and damaged or destroyed countless homes, rendering tens of thousands of Palestinians homeless. 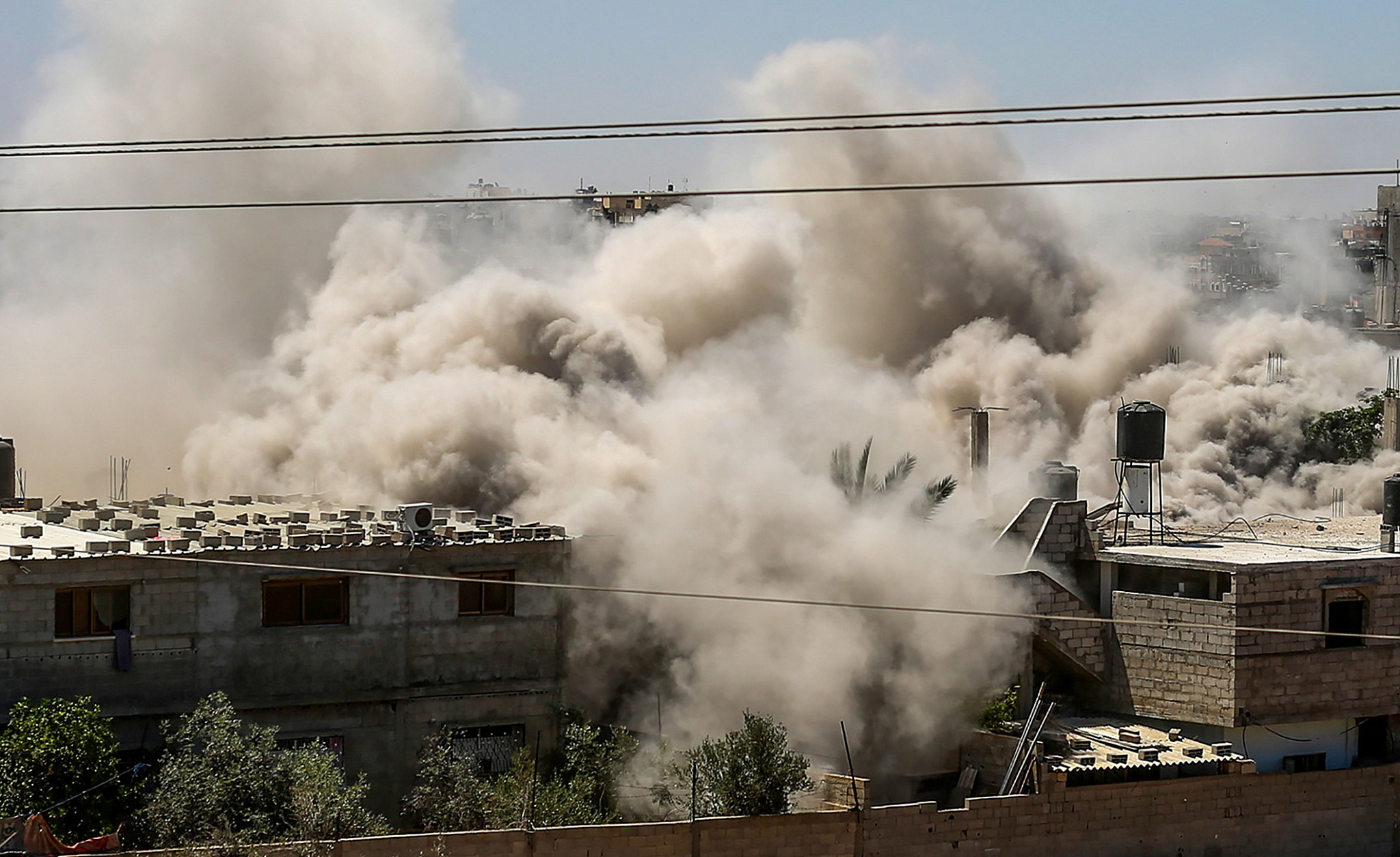 Smoke billowing after an Israeli air strike in Rafah, in the southern Gaza Strip, May 18, 2021. (Abed Rahim Khatib/Flash90)

The fact that the Israeli army has advanced capabilities which enable it to conduct “surgical strikes” clearly indicates that, rather than minimizing destruction, the massive damage to the civilian population in Gaza is a result of deliberate policy. According to the human rights groups, the majority of the civilians killed died because their homes collapsed on them as a result of Israeli airstrikes. While Israeli civilians enjoyed the widespread protection from the Iron Dome aerial defense system, the residents of Gaza were left completely exposed to Israel’s disproportionate bombardment.

As in all Israeli military operations, the army, particularly the Military Advocate General Corps (MAGC), dispatched legal experts and officers specializing in international law to operational command centers with the mission of authorizing and approving the military’s actions. But it is difficult to accept the military’s claim that it applied the principles of proportionality when the number of children killed in their beds is so high, and when Israeli bombs wiped out entire families.

Indeed, a number of human rights groups have concluded that many of the operations conducted in Gaza last year constitute war crimes. When the offensive concluded, Amnesty International called on the International Criminal Court (ICC) to open an investigation on suspicion of war crimes. The UN Human Rights Council also approved the establishment of a commission of inquiry to investigate breaches of international law, with which Israel refused to cooperate.

However, a year after the assault on Gaza, which Israel codenamed “Guardian of the Walls,” it is clear that the military law enforcement system is failing to properly investigate suspected crimes. According to the data provided by the army, out of over 100 Israeli attacks that resulted in the killing of civilians in Gaza, only 84 incidents were transferred to the General Staff Mechanism for review through what is called the Fact Finding Assessments (FFA) process. Established in 2014, the FFA was ostensibly meant to improve law enforcement by performing “swift” preliminary reviews of incidents and recommending cases be opened or permanently closed.

One year on since the Gaza assault, though, only one investigation has been opened, and it is still ongoing. 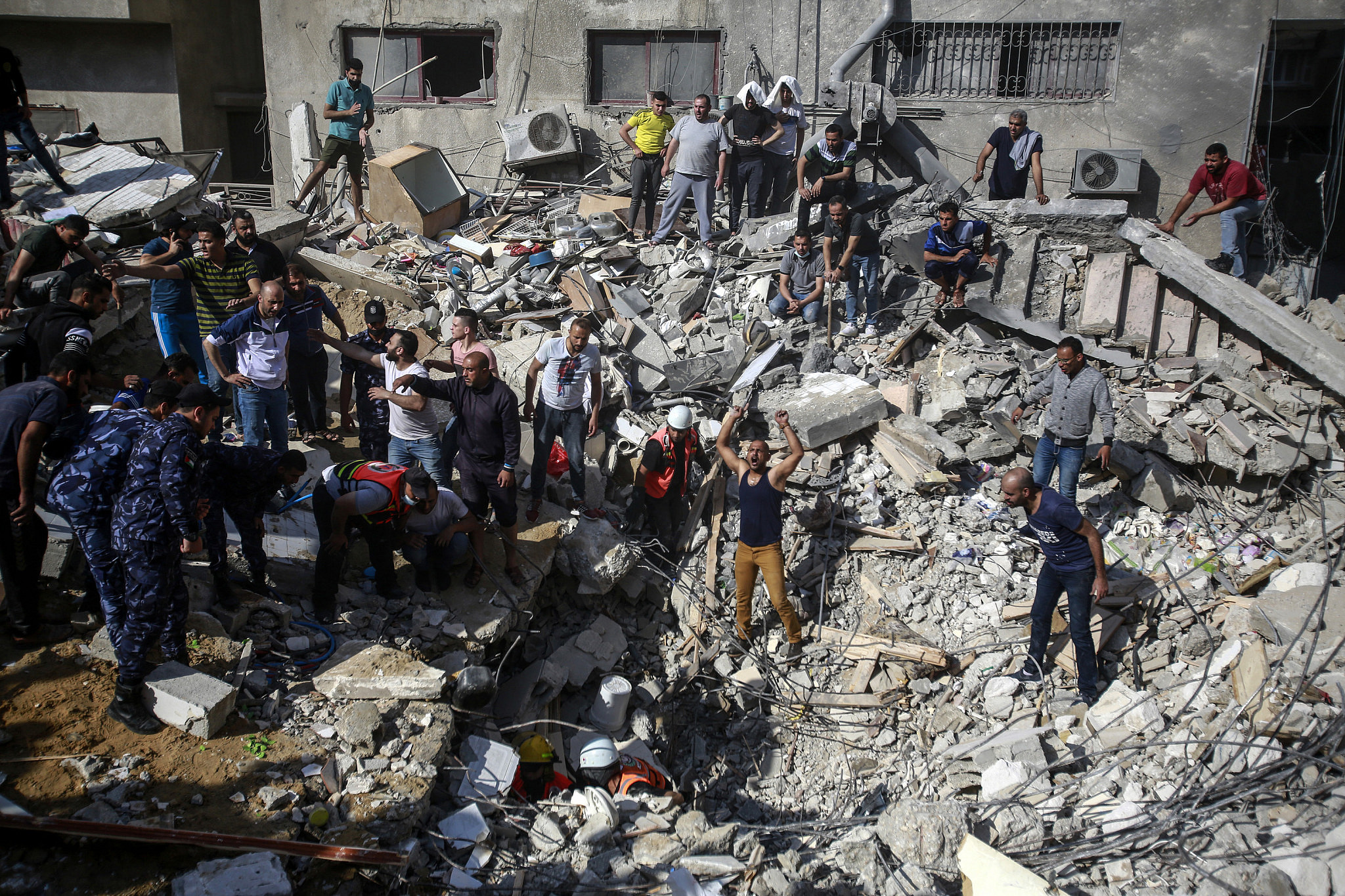 Palestinian rescue workers recover the bodies of victims amid rubble at the site of Israeli air strikes, Gaza City, May 16, 2021. (Atia Mohammed/Flash90)

Even the opening of an investigation is no guarantee of justice. The vast majority of Military Police investigations are closed with no indictments filed. So far, the military has closed 25 cases without conducting an investigation. Most of the cases that were transferred for FFA review are either still in the initial stages of this process, or awaiting a decision from the MAGC on whether or not to open a probe. These statistics on their own attest to the system’s inability to properly investigate suspected war crimes.

The investigator is also the counsel

The army’s reluctance to investigate suspected crimes of this kind is not out of the norm, but rather has been standard procedure over the years, despite some recent cosmetic changes.

This pattern is rooted in the fact that the MAGC, the party designated to facilitate these investigations, is also the party providing legal counsel to the military that approves and carries out Israel’s wartime policies — in this case, the lethal Dahiya doctrine. An authentic investigation would therefore require the Chief Military Advocate General to investigate herself and all of her subordinates. Such an investigation, of course, would likely implicate countless Israeli decision-makers — those who drafted, approved, instructed, and implemented Israel’s bombardment of Gaza, from the political ranks to the loftiest military commanders.

There is no question that the military system cannot and will not investigate itself in such a manner. Instead, it opts to focus on maintaining the appearance of an effective system of law enforcement, primarily to defend itself against the threat of international intervention. If the individuals behind the policies against Gaza had any inkling that they would find themselves held accountable for their actions, it is reasonable to assume that decisions to bomb the heart of residential neighborhoods would not have been made so readily. 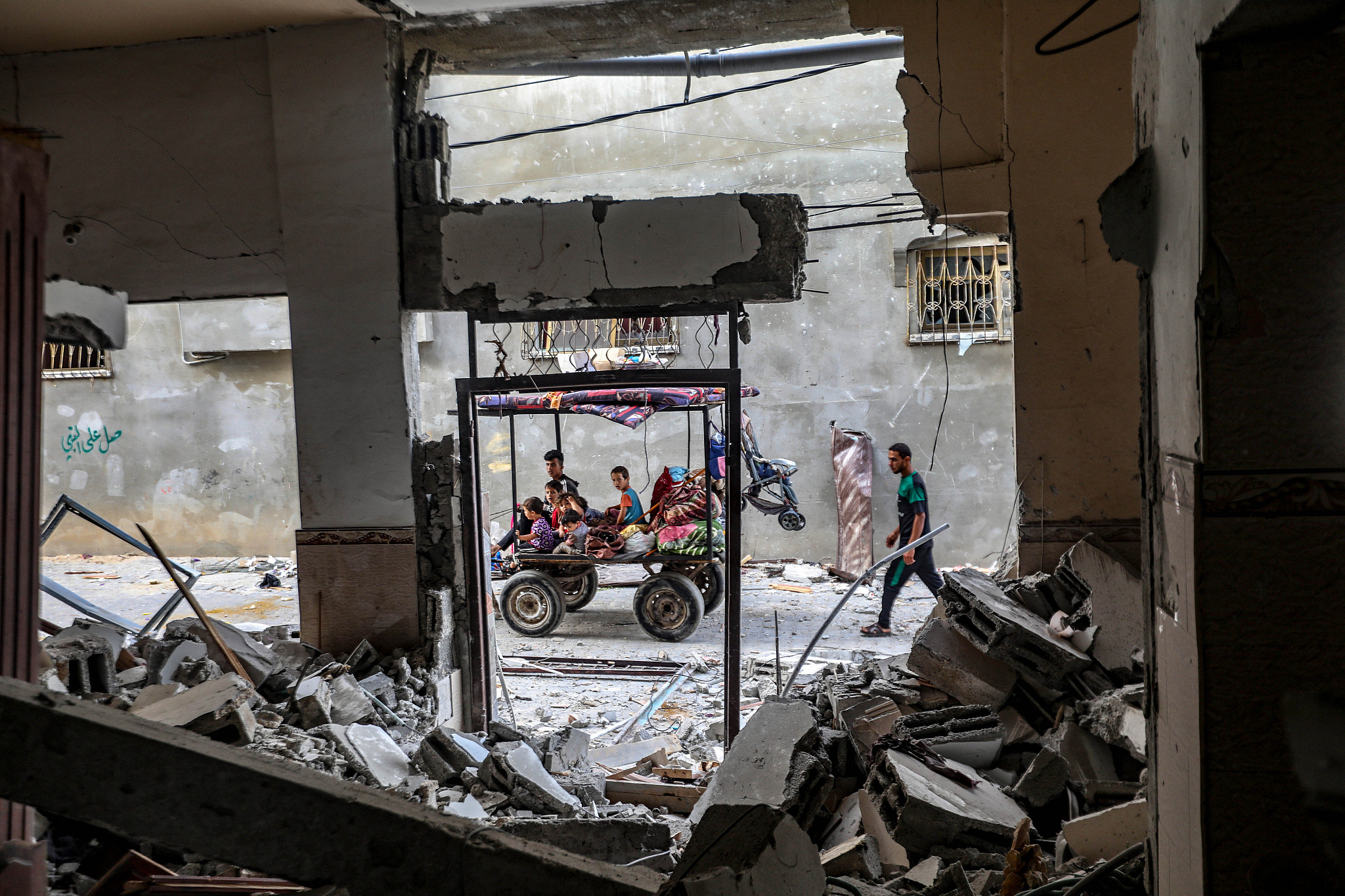 Palestinians carry materials amidst the ruins of a neighborhood of Beit Hanoun which was destroyed by the recent Israeli bombardements , northern Gaza Strip, May 21, 2021. (Mohammed Zaanoun/Activestills)

It is therefore also reasonable to assume that, as in previous rounds of fighting, the next round will once again see the Israeli army mobilizing its massive firepower against a primarily civilian population. The next round will also see the same suspicions regarding the commission of war crimes; then, too, the culture of impunity will prevail as the military absolves itself from any wrongdoing.

This reality in which Palestinians are marked for slaughter must end. An external investigation has the potential to crack open the Israeli culture of impunity and, thus, to save lives.

Dan Owen is a researcher at Yesh Din and the author of the position paper “Investigating Themselves.”