Dov Lior, whose detainment caused riots, will receive an award in the presence of two ministers and an active duty general

Much has been written recently about the detainment of Dov Lior, the rabbi who endorsed the gentile-slaying manual, Torat Ha’Melekh. Lior ignored a police summons for a year, then played the victim card when he finally hauled into an interrogation room, he and his supporters conveniently forgetting that a regular citizen who would try to pull this stunt would be spend a few days in detention. Lior’s detainment brought his storied racist past and the book itself back into public consciousness. The PM and several other ministers have feebly denounced Lior’s disregard for the law and Torat Ha’Melekh, generally saying that one “ought to respect the law”, and not venturing beyond that.

Now, we learn from NRG that tomorrow, Lior will receive an award from the Hebron Mount Local Council, crowning him as an “honoree of the settlement movement”. This in itself is not much of a surprise; the settlers always enjoyed precisely this sort of baiting the government which funds them. What is surprising is that two ministers and a general will also be present at the ceremony.

The ministers will be Eli Yishai, the ultra-Orthodox Interior Minister, and Moshe “Boogie” Ya’alon, the Minister for Strategic Threats. Ya’alon will also be the guest of honor. 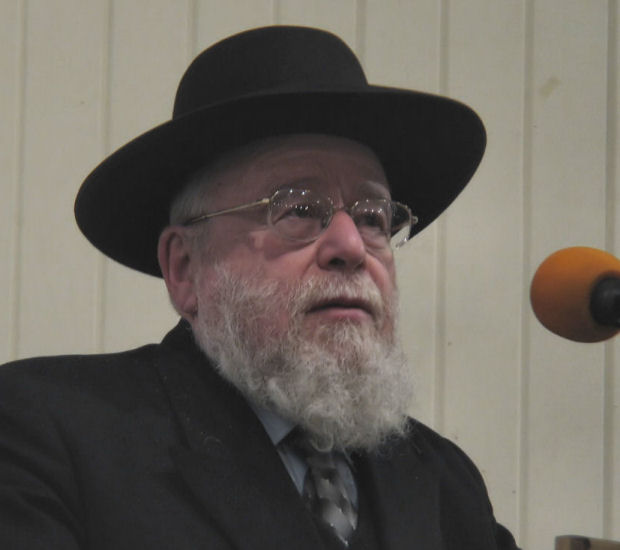 So unimportant, he's being honored by two ministers and a general. Dov Lior, 2006. (Photo: Yossi Gurvitz)

Aside from them, also present will be Major General Avi Mizrahi, head of Israeli Central Command. What is an active-duty general doing in a ceremony honoring the rabbi who inspires the rabble who then attacks his soldiers on a regular basis, and who advocates the murder of Palestinians, which Mizrahi – as part of his duties – is expected to protect? Presumably, Mizrahi is already contemplating his political career, hoping that scoring points with the powerful settler lobby will help him make people forget his disastrous handling of supplies during the Second Lebanon War, when he was in charge of logistics and failed so spectacularly he had to permit limited looting. If that’s what Mizrahi has in mind, then he would be simply parroting Ya’alon, who followed this precise course. Generals serving in Central Command have long ago learned that opposing the settlers will cost them dearly. They have, in fact, been co-opted by them.

Next time they tell you Lior and his ilk are of no importance and that Israel in no way supports them or encourages them, that they are just abusing their free speech rights, remember the presence of three high officials in this award ceremony.