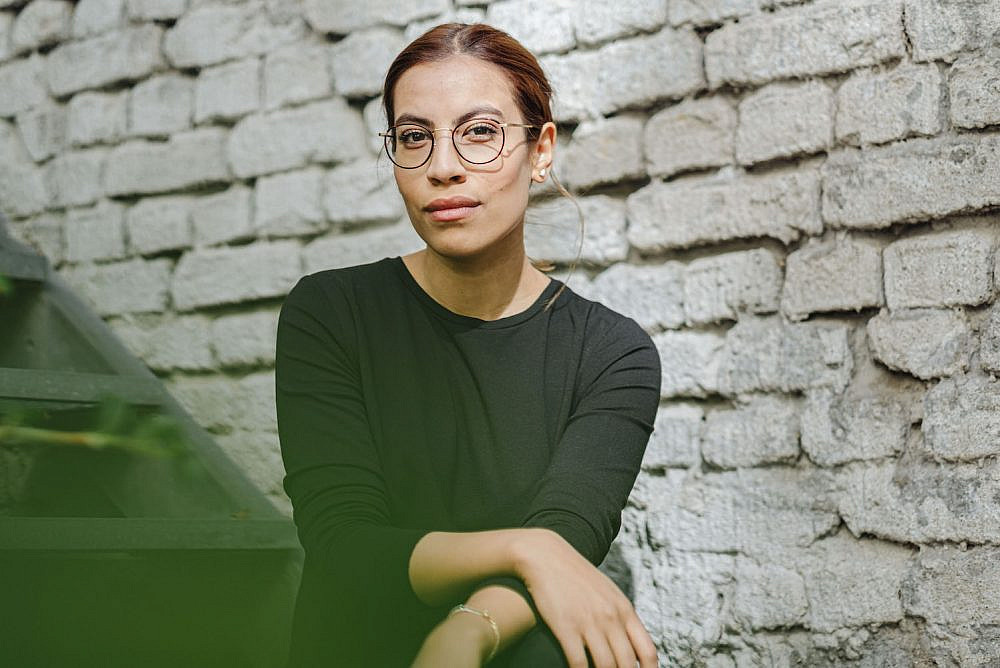 Nemi El-Hassan was supposed to start hosting a science show in November on WDR, one of Germany’s public broadcasting institutions. But on Sept. 28, just over a month before her new stint was to begin, WDR announced that she would not get the job after all. The reason: suspicion of antisemitism. The evidence: her “likes” on Instagram posts by a Jewish, pro-Palestinian organization.

El-Hassan is a 28-year-old prize-winning journalist who grew up in Germany in a Palestinian-Lebanese refugee family. A physician by training, she turned to journalism in recent years to focus her work on exposing and fighting racism and antisemitism; one of her projects spotlighted antisemitic conspiracy theories circulating among the German far right.

The scandal began on Sept. 13 with an article in the pro-Israel, anti-immigrant tabloid Bild. Decrying the public broadcaster’s announcement of her new job, Bild surfaced images of a 20-year-old El-Hassan in a hijab and keffiyeh participating in the 2014 Al-Quds Day march in Berlin — an annual event organized by the Iranian government to highlight its supposed commitment to the Palestinian cause. The event is primarily attended by conservative Muslim groups and is notorious in Germany as a site of antisemitic slogans.

The right-wing Jewish NGO WerteInitiative (“Values Initiative”) pitched in by publishing an open letter that same day, calling to stop El-Hassan’s appointment and to investigate how her promotion happened in the first place. Other voices of the Israel-aligned Jewish-German establishment were quick to pile on accusations as well. The media — social and traditional alike — brimmed with denunciations, and WDR immediately suspended El-Hassan’s appointment pending review.

Three days after the Bild article, Der Spiegel, Germany’s largest news website, featured an interview with a profusely apologetic El-Hassan. Under the headline quote “I am ashamed of that time,” the interviewer confronted El-Hassan with her many “sins,” going all the way back to a visit she made to a controversial, Iran-aligned Hamburg mosque years before the Berlin demonstration — when she was just 15. 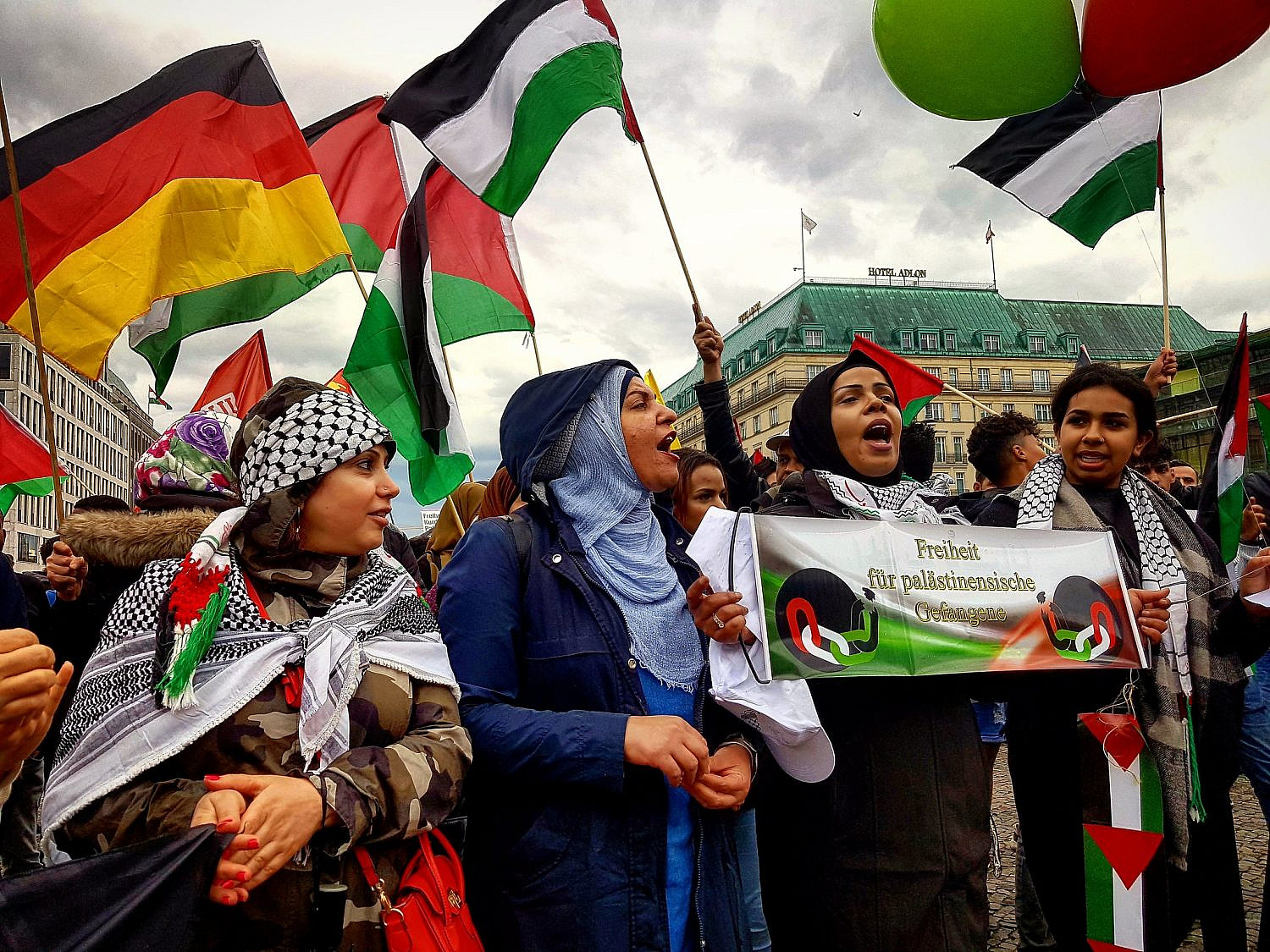 In the interview, El-Hassan emphatically renounced and apologized for her past views and actions, stressing how much she has learned and changed since her youth, yet without once protesting the absurdity and indignity of the tendentious questioning. When asked how we can know her apology is not mere lip-service, El-Hassan pointed to her public work as an activist and journalist. Besides her work against antisemitism in Germany, she added, she has visited Israel twice, and has written sympathetically about Israelis working to build friendship and peace with Palestinians, including as far back as 2014.

Meanwhile, the public dissection of El-Hassan’s character marched on. The German press continued to question whether she might secretly still be an “Islamist,” while the far-right gleefully cheered on the incitement; one politician promised to “muck out the rest” once in power (it is unclear whether he meant “Islamists” or “foreigners” writ large).

Palestine Speaks, a network of leftist Palestinian-Germans, declared its solidarity with El-Hassan in a statement on social media; it denounced the campaign against her as “racist and patriarchal,” while warning that by kowtowing to the attackers, her apology would only invite further attacks. Palestinian-Germans and their allies were joined by a broad spectrum of figures publicly backing El-Hassan or criticizing the attacks. Hundreds signed an open letter of solidarity with her, many of them prominent cultural and media figures, including Jews and experts on antisemitism. (Full disclosure: I signed this letter, as did +972 Editor-in-Chief Edo Konrad.)

While the open letter highlighted the racist character of the debate — exemplified by the fact that the media continues to publish old photos of El-Hassan in a hijab, despite the fact she no longer wears one — for tactical reasons, it did not challenge the premises of the attacks against her. Instead, it noted that she has “clearly admitted past mistakes and convincingly laid out the change she had undergone.” 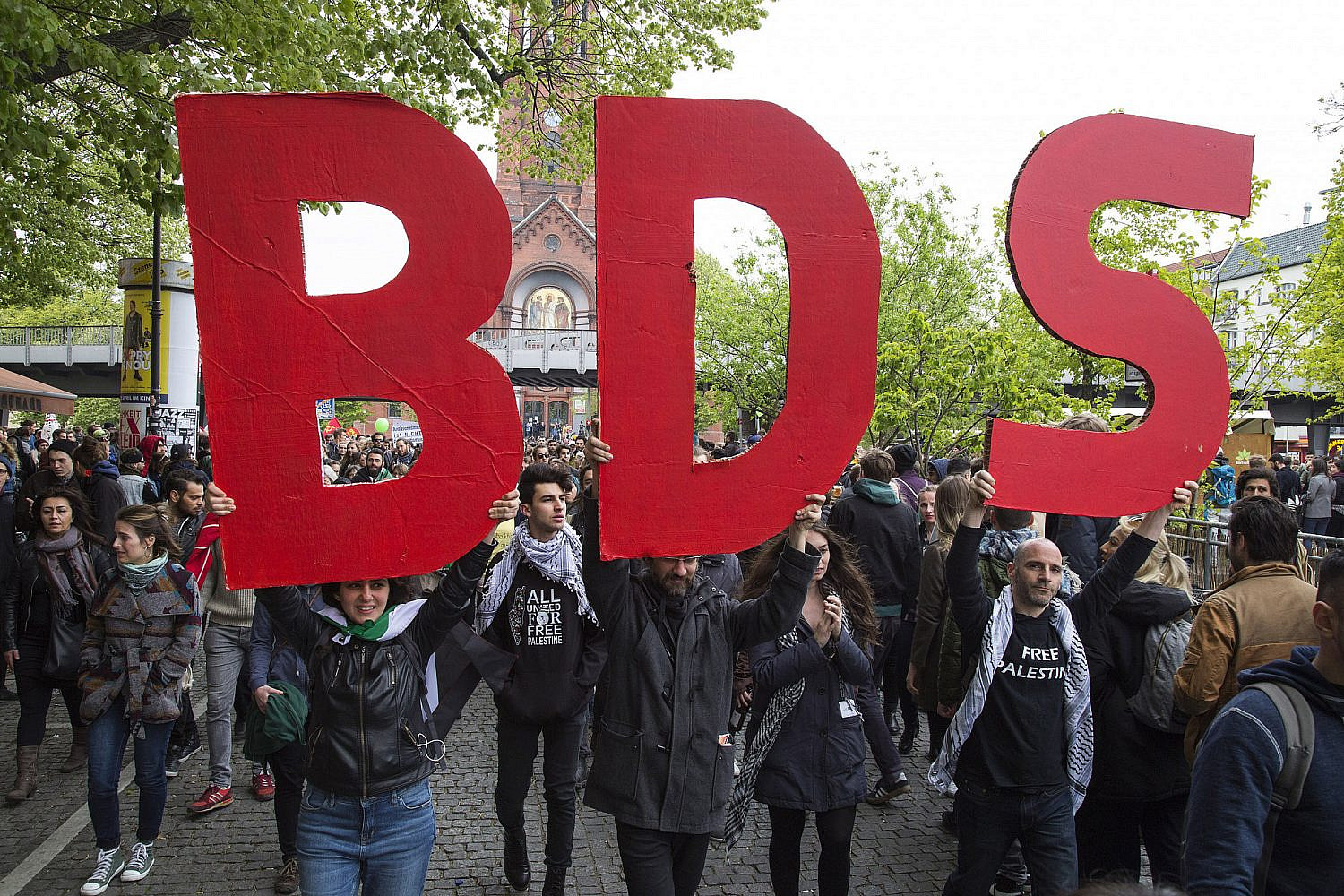 Activists holding a BDS sign march as part of the International Block during the May Day demonstration in Berlin, Germany, May 1, 2017. (Keren Manor/Activestills)

The attempt to cancel El-Hassan has created a strange coalition of people that have come to her defense, including some who would otherwise smear any form of Palestine solidarity as antisemitism. For instance, journalist Alan Posener, a staunch defender of the State of Israel, urged that El-Hassan’s apology be accepted, that she be given a chance to prove herself, and that she be allowed to start her new job. This is despite the fact that, at the same time, Posener questioned El-Hassan’s qualifications and venomously distanced himself from the open letter and its signatories, whom he accused of instrumentalizing El-Hassan to legitimate anti-Zionism.

Still, just as Palestine Speaks warned, the German right did not back down. Less than a week after the Spiegel interview, on Sept. 22, Bild unleashed a second salvo of “evidence” that was to seal El-Hassan’s fate: as recently as a few weeks ago, she had “liked” several Instagram posts by Jewish Voice for Peace, a pro-BDS organization based in the United States.

Later that day, major media website Zeit Online published an investigative piece revealing that Bild’s initial “scoop” regarding the Al-Quds Day march bore suspicious resemblance to attacks made on El-Hassan a month earlier by Irfan Peci, a far-right YouTuber with ties to the neo-fascist AfD party and the far-right “Identitarian” movement. While Bild denied Peci was their source, the tabloid featured the very same images that Peci claimed he had uncovered at great effort, combing through hundreds of photos and videos to find El-Hassan.

Less than a week later, the WDR announced its decision not to put El-Hassan in front of the camera. The executive who made the announcement set aside the initial accusations regarding El-Hassan’s participation at the 2014 march, but instead cited her more recent “likes” for JVP — particularly on a post celebrating the Palestinian prison break at Israel’s Gilboa Prison last month — and construed them as “expressing joy over violence against Israel,” which could “in no way be tolerated” by the broadcaster.

The moralistic, inquisition-like manner in which this scandal has played out, and the way in which major German media outlets have weighed in on whether a journalist engaging in highly visible work against antisemitism might sneak “Islamism” and hatred of Jews into the public sphere — all based on the weakest of pretenses — is as bizarre as it is toxic. Yet this moment is also instructive: the strange constellations of forces facing off in the debate is bringing to light the peculiar role that “anti-antisemitism” plays in contemporary discourse in Germany today. 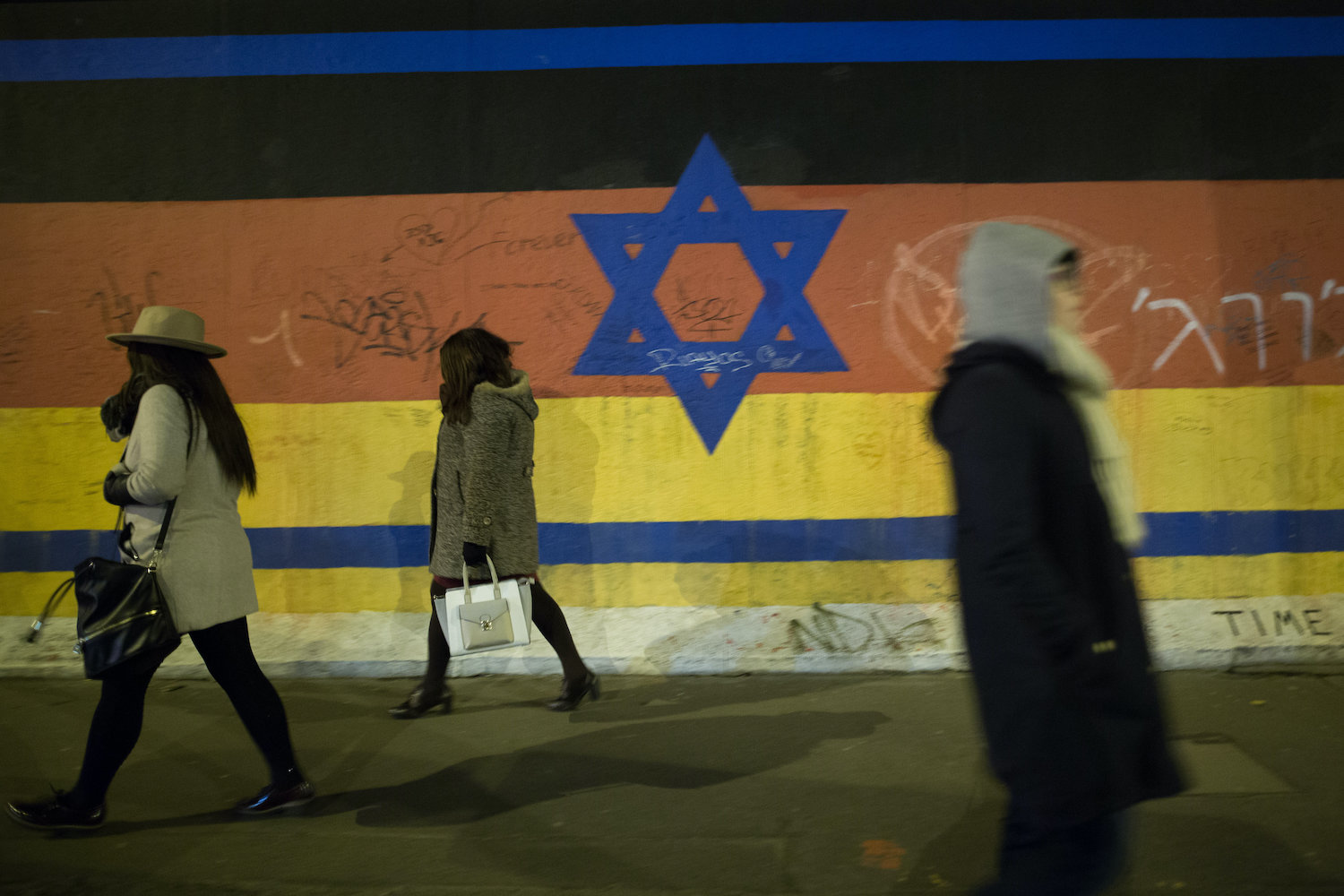 People walk by a mural depicting a combination of the Israeli and German flags on the Berlin Wall, March 13 , 2016. (Noam Revkin Fenton/Flash90)

On the offensive, we see an apparent but unacknowledged alliance between the fringe far-right and the established, even respectable conservative media, egged on by some conservative Jewish figures. Meanwhile, fending off the smear campaign are Palestinians, progressive activists, multiple experts on racism and antisemitism, and prominent Jewish Germans from across the political spectrum.

The public broadcasting institution ultimately sided with the former, citing accusations of antisemitism; yet the transgression it deemed most inexcusable turned out to be El-Hassan’s support for Jewish activists standing in solidarity with her own people.

Under these circumstances, it is clear that none of this is actually about protecting Jewish people. Meron Mendel — the Israeli-born director of the Anne Frank Educational Center in Frankfurt, who has previously lauded the de-platforming of the BDS movement as part of the fight against antisemitism — warned in his comments on the El-Hassan case that characterizing all Palestine solidarity as antisemitic harms the fight against antisemitism and is not in the long-term interest of Israelis. “The fight against Jew-hatred,” Mendel wrote, “must not be instrumentalized to delegitimize Palestinian voices.”

Yet throughout this public debate, Palestinian voices have remained utterly marginalized, even though their perspectives and insights are of central importance. And as is typical of such debates in Germany, scarcely any Palestinians were heard in the established media, despite the fact that Berlin is home to one of the biggest Palestinian communities outside the Middle East.

As a result of this marginalization, the debate around El-Hassan has ignored crucial context. A statement by Palästina Antikolonial, a leftist Palestine solidarity group from Münster, calls out both El-Hassan’s attackers and the open letter in her support for omitting Israel’s onslaught on the Gaza Strip in 2014, which brought El-Hassan and many like her to the Al-Quds Day march that year. According to the group, the German left’s perpetual failure to provide any solidarity to Palestinians had long made the conservative Al-Quds Day the only space in which Palestinians could express their fear, grief, and rage over the death and destruction in their homeland— even if they disagreed with the event’s politics. 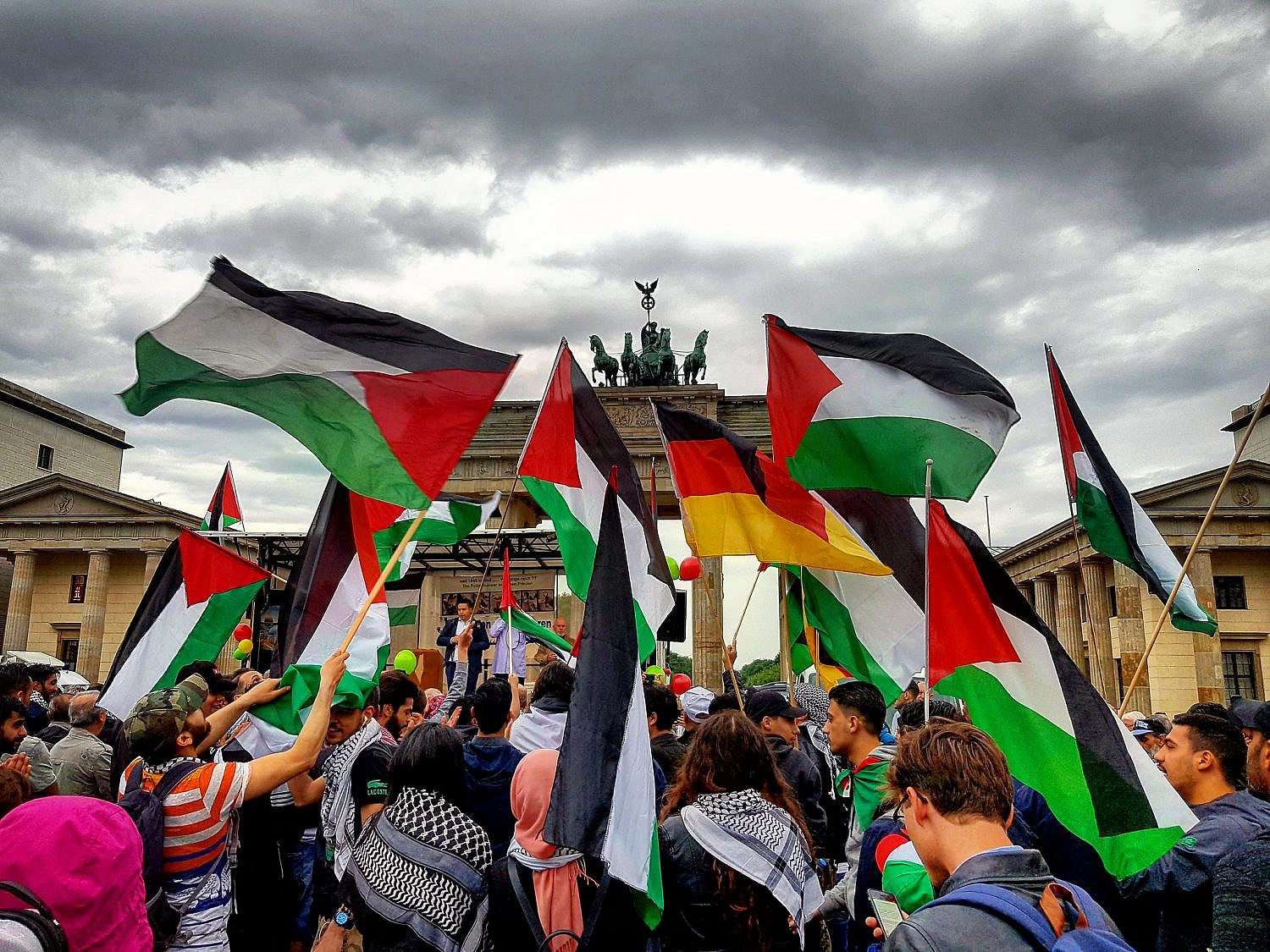 With this backdrop, the attempt to “cancel” a Palestinian-German for setting foot in such a demonstration, and for expressing sympathy with those struggling against oppressive Israeli policies, is not about protecting “the Jews.” It is about suppressing the political existence of Palestinians as a whole.

Many in Germany seem all too eager to sacrifice Palestinians in their effort to atone for the Holocaust, but this game is dangerous for all of German society and the reigning liberal democratic order. Like many before him, Mendel notes that such instrumentalization of antisemitism plays right into the hands of neo-fascist forces like the AfD party, which have long recognized that, by attacking Palestinians and others coded as “foreign” or “Muslim” as antisemites, they can obfuscate their own antisemitism, distract from their racism, and gain public legitimacy.

Facing this dangerous pact, the only way forward is to build solidarity between minorities in Germany and beyond; to bring together a diverse alliance that refuses to bend to racist slander, rejects the division sown by overzealous pro-Israel inquisitors, and recognizes our interdependence and common interests. The cancellation of Nemi El-Hassan is a new peak in an ongoing trend that has affected many of us before — Palestinians, people of color, non-Zionist Jews, and more. It is up to us to resist before it is too late.

Michael Sappir is a leftist writer and organizer from Israel, based in Leipzig, Germany. He studies philosophy and writes a regular column on Local Call. Twitter: @msappir.
Since you’re here…