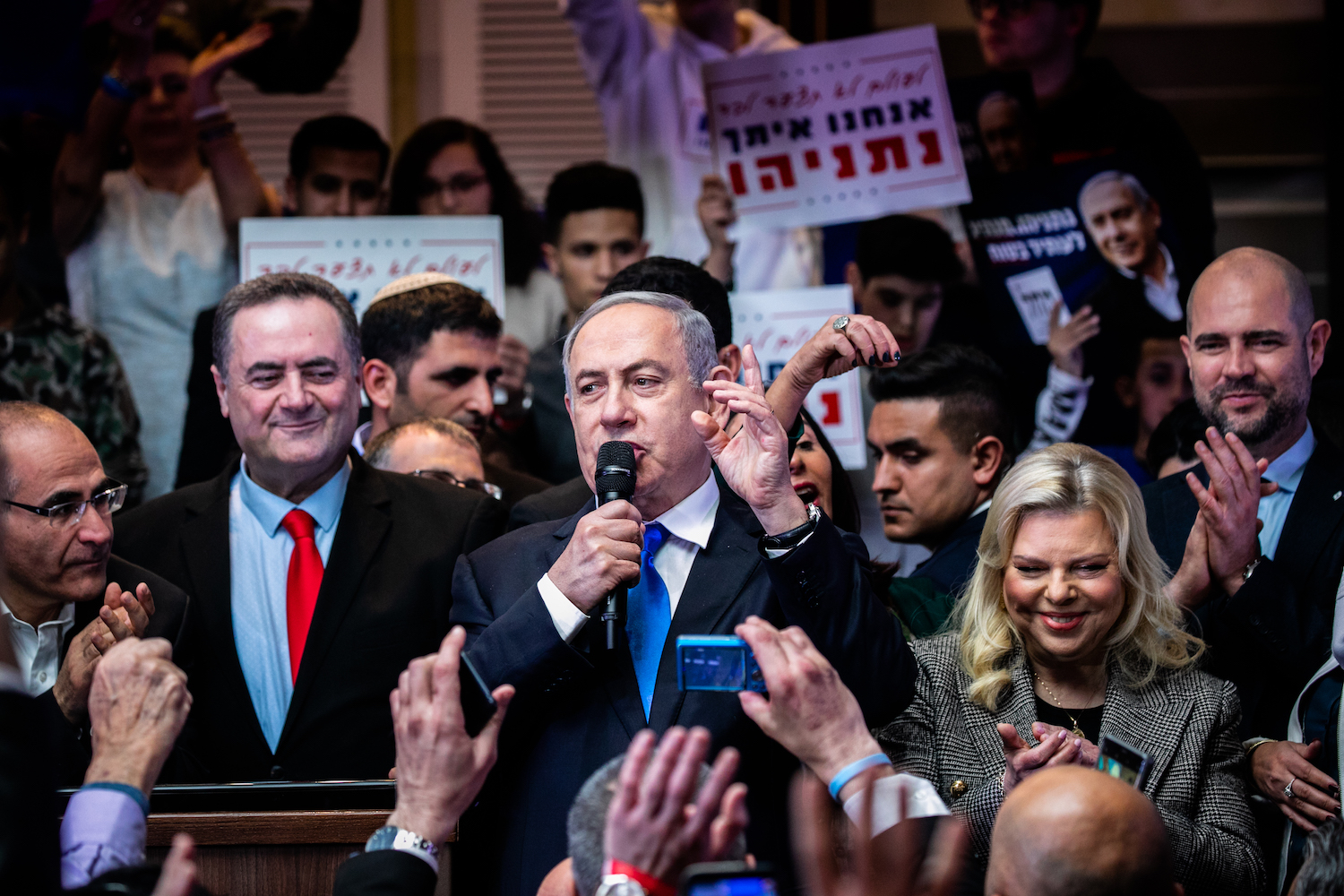 Unlike many of his predecessors, the young Benjamin Netanyahu didn’t plan on a career in politics. Former Israeli prime ministers such as David Ben-Gurion, Shimon Peres, and Ehud Olmert chose a political path at a young age. Yitzhak Rabin, Ariel Sharon, and Ehud Barak segued into politics after a military career, like many other generals.

Netanyahu, in contrast, grew up in the shadow of an older brother, Yoni, who was cultivated by his family — and particularly by their father, Benzion —  as a future leader. Bibi, meanwhile, wanted to become an American businessman. It was Yoni’s death as a soldier during the 1976 commando raid in Entebbe, and the natural talent the young Benjamin exhibited during debates and TV appearances, that launched what is arguably the most successful political career in Israeli history.

Netanyahu leaves office today as Israel’s longest serving prime minister, following an unprecedented term of 12 consecutive years on top of a three-year term in the 1990s — an achievement most observers deemed impossible in Israel’s chaotic and fragmented political system. Like many Israelis, I spent most of my adult life with Netanyahu as prime minister.

The question that should be asked today is not whether Netanyahu will one day return to the political scene. Rather it is what kind of legacy he is leaving behind, and whether the undercurrents that drove him to power and served him so well have finally turned. Is this day just about Bibi — a final episode in the soap opera of his final years in office — or is it a more significant transformation, one that could bring about actual change in Israel-Palestine? 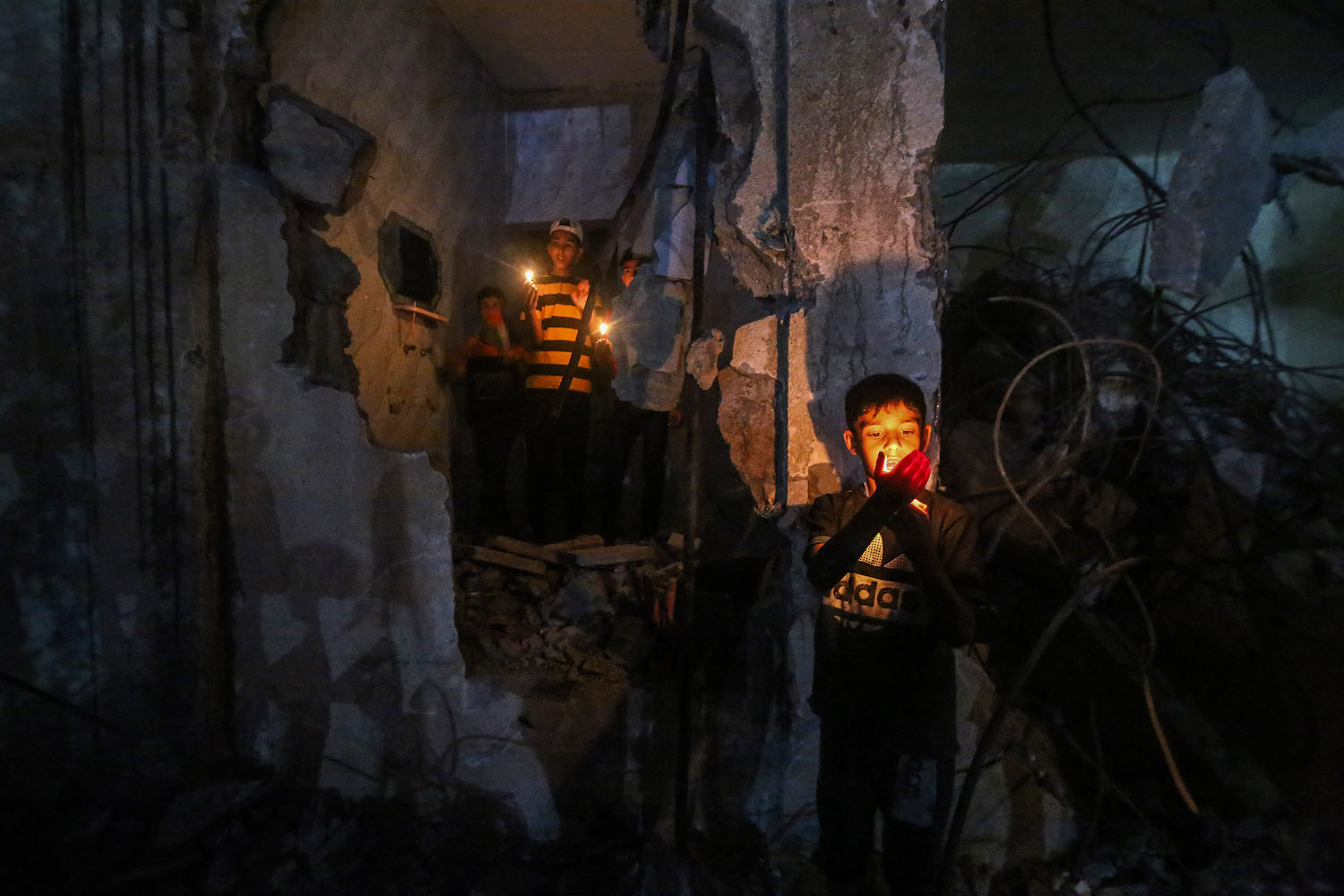 Palestinian children light candles during a protest near destroyed buildings in the southern Gaza Strip city of Rafah, May 25, 2021. (Abed Rahim Khatib/Flash90)

A decade of sustaining the status quo

The Palestinian issue was and remains the most consequential question in Israeli life, constructing and affecting all aspects of politics, including among Jewish citizens themselves. Consider the simple fact that most Palestinians under Israeli sovereignty — even the residents of East Jerusalem, Israel’s so-called “undivided” capital — are not allowed to vote or be elected to national office, and one begins to imagine the many ways in which everything would change if Israel were to become a “one person, one vote” democracy.

But one need not go that far. Even today, all the fundamental aspects that undergird Israeli society — from the role the military plays in shaping Israeli life, to the legal status of Jewish religion, to laws governing the allocation of state land — are related to the Palestinian question.

Early during Netanyahu’s term as prime minister, I argued that his rise signified a strategic choice by Israelis to maintain the so-called “status quo” of control over millions of Palestinians. Almost everything that has happened since has reaffirmed this observation — or more accurately, everything that didn’t happen. The blockade of Gaza was never lifted; the Palestinian Authority remained a subcontractor for Israel in the occupied West Bank rather than a state in the making; settlement activities continued without Israel formally annexing any occupied territory; and the Knesset adopted the Jewish Nation-State Law, designed to prevent challenges to the state’s character by its Palestinian citizens while entrenching the superior status of the Jewish majority.

Some of these issues were up in the air, or at least considered to be, back in February 2009 when Netanyahu defeated Tzipi Livni to become prime minister again. Now, as he leaves office, a new generation of Israelis and Palestinians have become used to seeing these arrangements — the “unsustainable status quo” — as unquestionable facts of life. 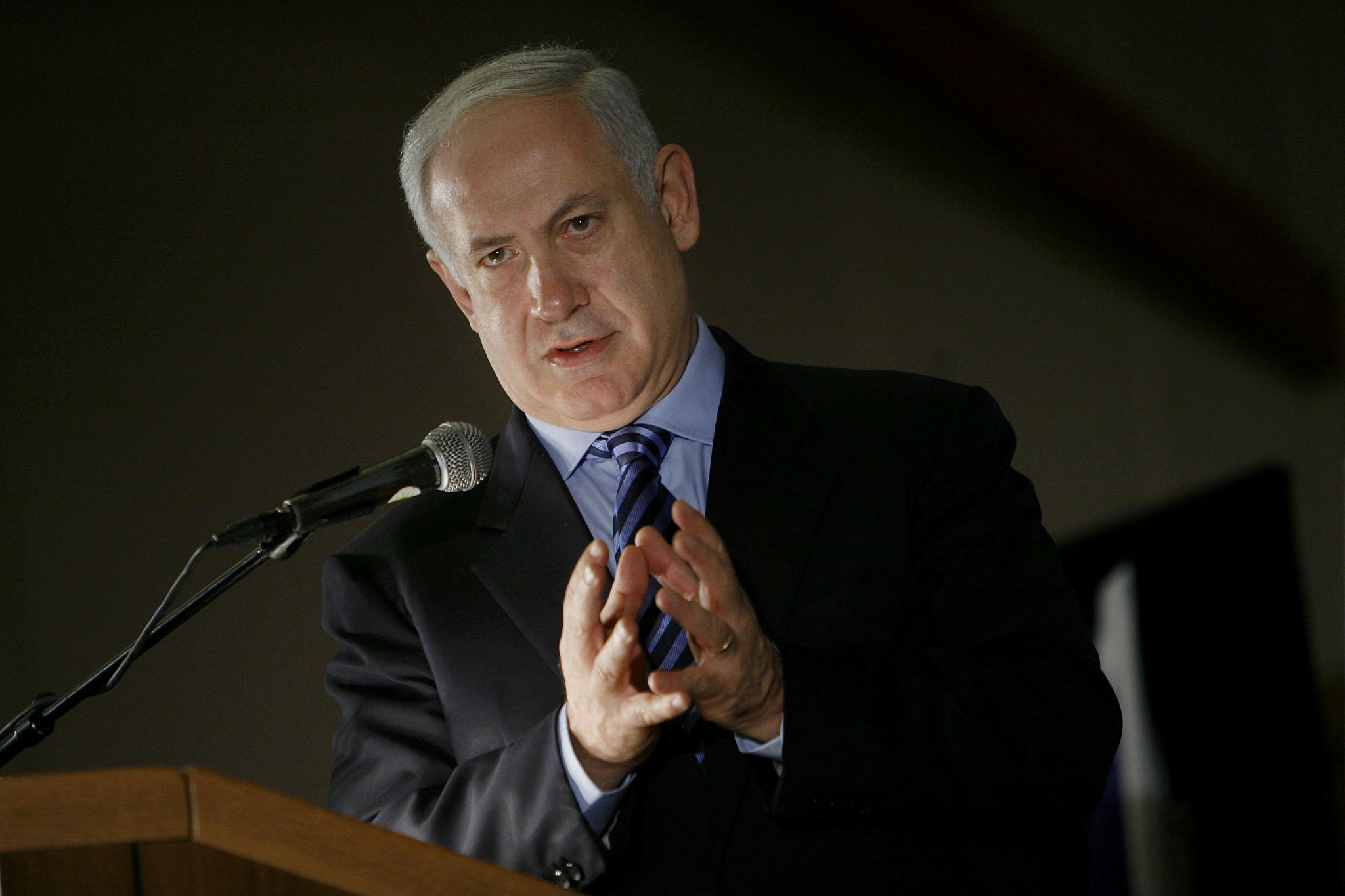 Israeli Prime Minister Benjamin Netanyahu speaks at a conference organized by the Jewish Agency at the Inbal Hotel in Jerusalem, October 25, 2009. (Miriam Alster/Flash90)

It is true that back when Netanyahu returned to power in 2009, the forces that pushed for change were already on the decline. The Palestinian national movement never recovered from the death of Yasser Arafat and the dual gambit on both the Oslo Accords and the Second Intifada. The United States and the rest of the West were losing interest in the Middle East; the Israeli economy was on the rise, led by a tech sector and a military industry that would make it a regional powerhouse; all while the Arab world lagged behind. Yet it was Netanyahu who recognized these developments, or rather gambled on them, early on.

The Arab Spring was perhaps the most important event to benefit Netanyahu’s rule. The civil wars that broke out in its wake and the rise of the Islamic State turned everybody — including the Palestinian leadership in Ramallah — toward the status quo. The Arab Spring opened the door to Israeli-Iranian competition for regional influence, which became the focus of Netanyahu’s geopolitical ambitions; it also allowed for the Israeli alliance with the Gulf states that resulted in the Abraham Accords.

Navigating these waters, Netanyahu proved to be extremely gifted at adopting a form of confrontational politics that gradually changed the entire Israeli political system. A decade ago, there was no Israeli consensus around how or whether to confront Iran, or around the inability to reach a final-status agreement with the Palestinians. There is now. In maintaining the status quo strategy for over a decade, Netanyahu became a transformative and consequential leader for Israel, and perhaps the entire region.

Ironically, the marginal space in the Israeli psyche for questions about the occupation and the settlements have allowed for the formation of the bizarre government that brought Netanyahu down — one in which Labor, Meretz, and even Ra’am support Naftali Bennett, the former head of the Yesha Council (the umbrella organization of the settlement movement) as prime minister. 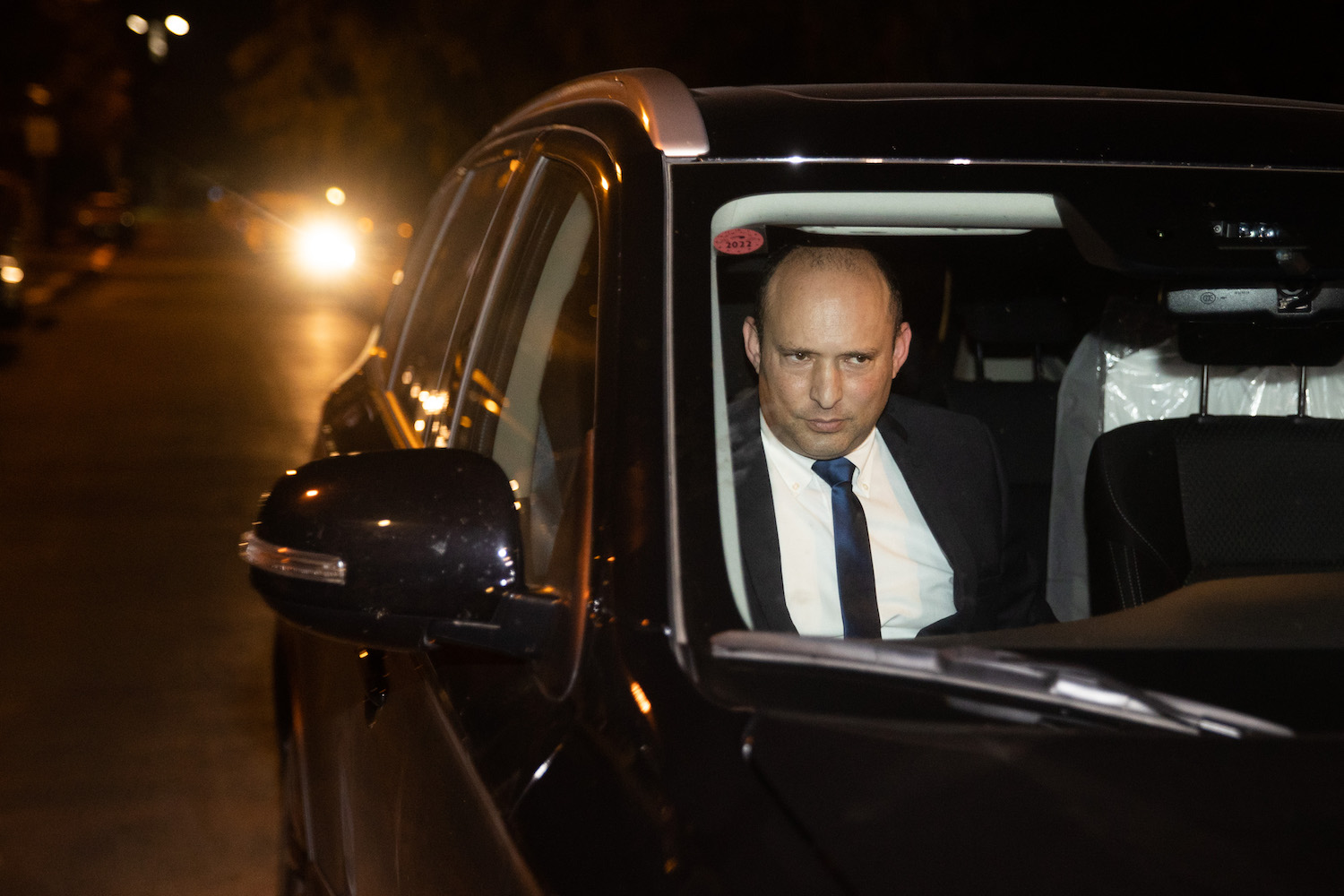 Netanyahu was transformative in another, internal sense. He rode to power in 1996 on the back of what was popularly known as “the coalition of the screw-ups” — a union of communities and minorities at the bottom of Israel’s Jewish political, social, economic, and cultural hierarchy: Mizrahi Jews (descendants of immigrants from Arab and Muslim countries); first generation immigrants from the former Soviet Union; the national-religious (the core group of the settlement movement), which had lost favor with the Israeli mainstream after Rabin’s assassination; and the ultra-Orthodox, one of the most impoverished communities in Israel.

Netanyahu overcame all these internal rifts and contradictions in the name of one common cause: bringing down the old elite of mostly Ashkenazi (European) Jews, who held most of the positions of power within the Israeli economy, the judicial system, academia, the media, and to some extent, the military. Demography was on his side, and by the time Netanyahu came back to power, his coalition commanded a small but significant majority on the basis of this cause — even as Palestinian citizens, who aligned with the left, were also voting in growing numbers.

Naturally, for the right, advancing the cause of underprivileged Jews went hand in hand with maintaining lower status for Palestinians as a national minority. On certain fronts, Netanyahu’s successive governments did invest in Palestinian citizens in ways that no centrist or leftist government ever did; however, this was only as long as it meant opening doors for Palestinians as individuals, while barring them from challenging Israel’s fundamental constitutional arrangements, state symbols, and land distribution. 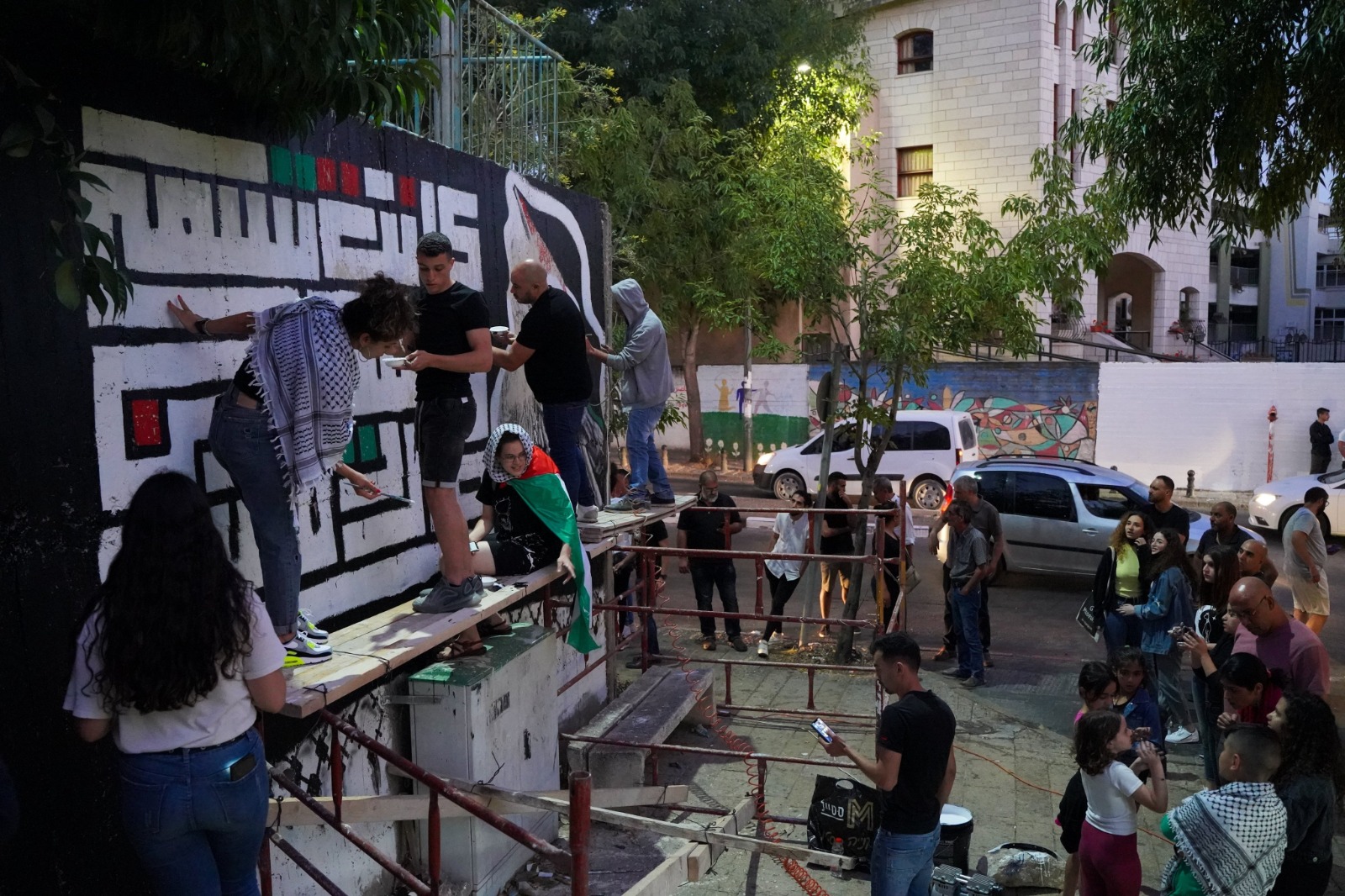 In Netanyahu’s final years, when politics became all about his survival, the prime minister’s political coalition began falling apart. The right’s own Ashkenazi elite, the less ideological branch of the national-religious movement, and some former Soviet immigrants felt empowered enough to join hands with the center and the Zionist left against the prime minister, thus turning Bibi into the victim of his own success once more. All the while, Netanyahu committed his most desperate and daring act by attempting to build a government with the Islamist Ra’am party, breaking the racist taboo in Israeli politics against forming coalitions with Palestinian parties.

Here, once more, Netanyahu proved to be a transformative leader, and not simply one who skillfully navigates the currents of his time. It wasn’t all Netanyahu’s doing — social networks, global and economic changes, as well as demographic dynamics were all at play here. Still, the Israel that Netanyahu leaves behind appears more multicultural than ever, even with regard to the visibility of Palestinian citizens in the public sphere. However, it is also an Israel that has grown more comfortable with its own vision as an ethnic state, with the idea of Jewish supremacy, and with a siege on Gaza and an occupation regime in the West Bank that is maintained through advanced technological surveillance, policing by subcontractors, and deadly military force.

So what now? Netanyahu led Israelis and Palestinians out of the era of intifadas and negotiations into a seemingly permanent reality of Israel as a regional superpower with a regime in which Jews hold almost all assets and privileges. It is not a coincidence that the only Palestinian group that has significantly advanced its cause during his era have been Palestinians citizens of Israel, who while still being heavily discriminated against, have capitalized on their access to the political system and their ability to vote and be elected. 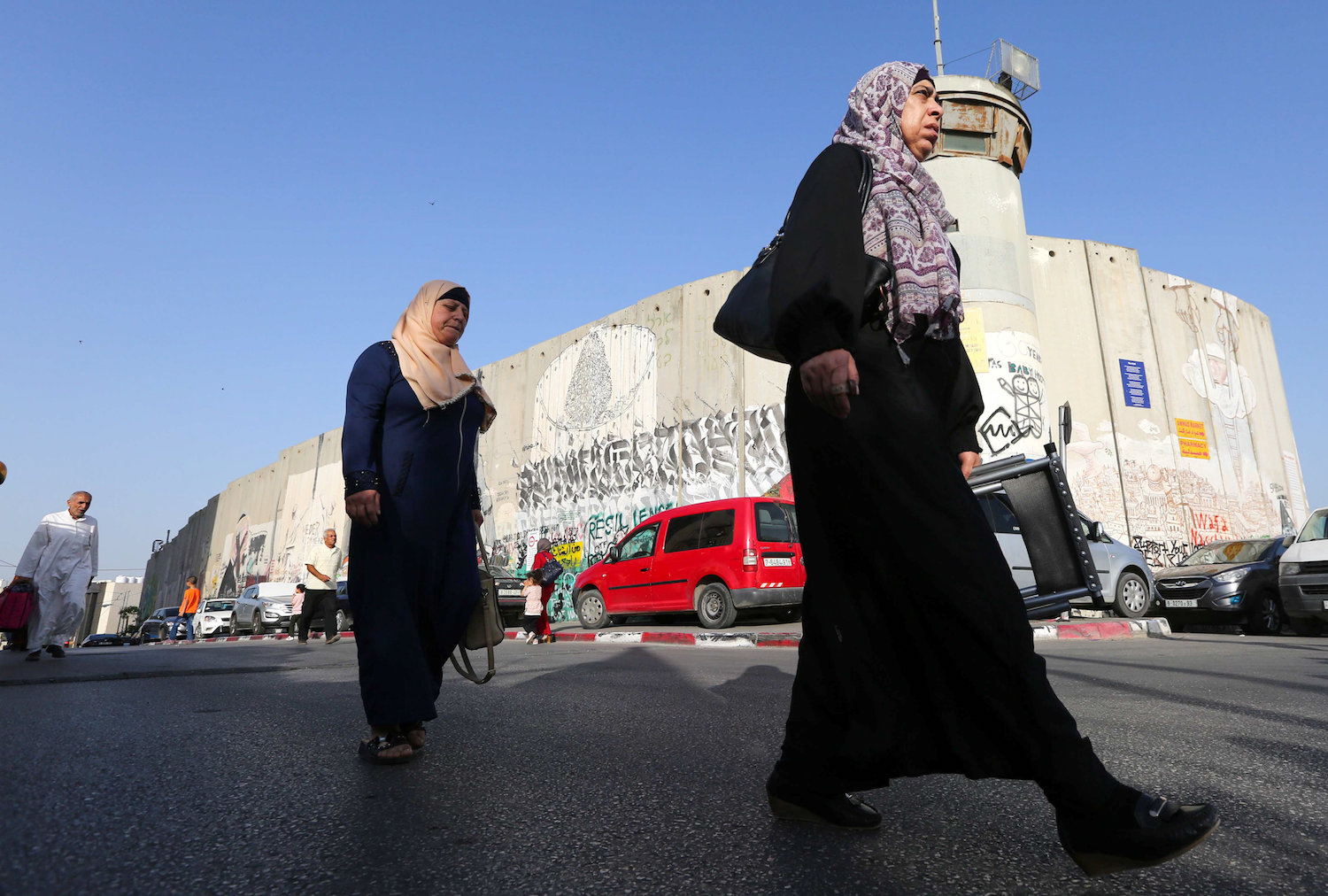 Palestinians cross through an Israeli checkpoint to attend the last Friday prayer of the holy fasting month of Ramadan in Jerusalem’s Al-Aqsa Mosque, near the West Bank city of Bethlehem, May 31, 2019. (Wisam Hashlamoun/Flash90)

But as long as the rest of the Palestinian people — in Gaza, East Jerusalem, the West Bank, and in the diaspora — are unable to regroup and present a coherent political challenge to Israel, and in the absence of a strong external challenge, the current arrangements will probably hold, especially since the new government lacks the mandate and the consensus necessary for change.

In the short term, Israeli society will turn even more inward, with many stakeholders trying to register gains in the new environment. Consider, for example, the dovish Meretz party, which hasn’t served in government for 20 years, and now holds three ministerial portfolios. It will have zero interest in rocking the boat.

However, the lesson of the Netanyahu era is that even the status quo is never really static. Just as the internal arrangements that kept him in power fell apart — despite his desperate attempt to hold on — broader opportunities are now emerging. Netanyahu’s most poisonous legacy is that he made everybody believe that an alternative reality could never exist. His departure should serve as a reminder that one always does.