Netanyahu inadvertently told the entire country that there is a better alternative to his policies. Now that the alternative is within reach, the work of anti-deportation activists will become easier. 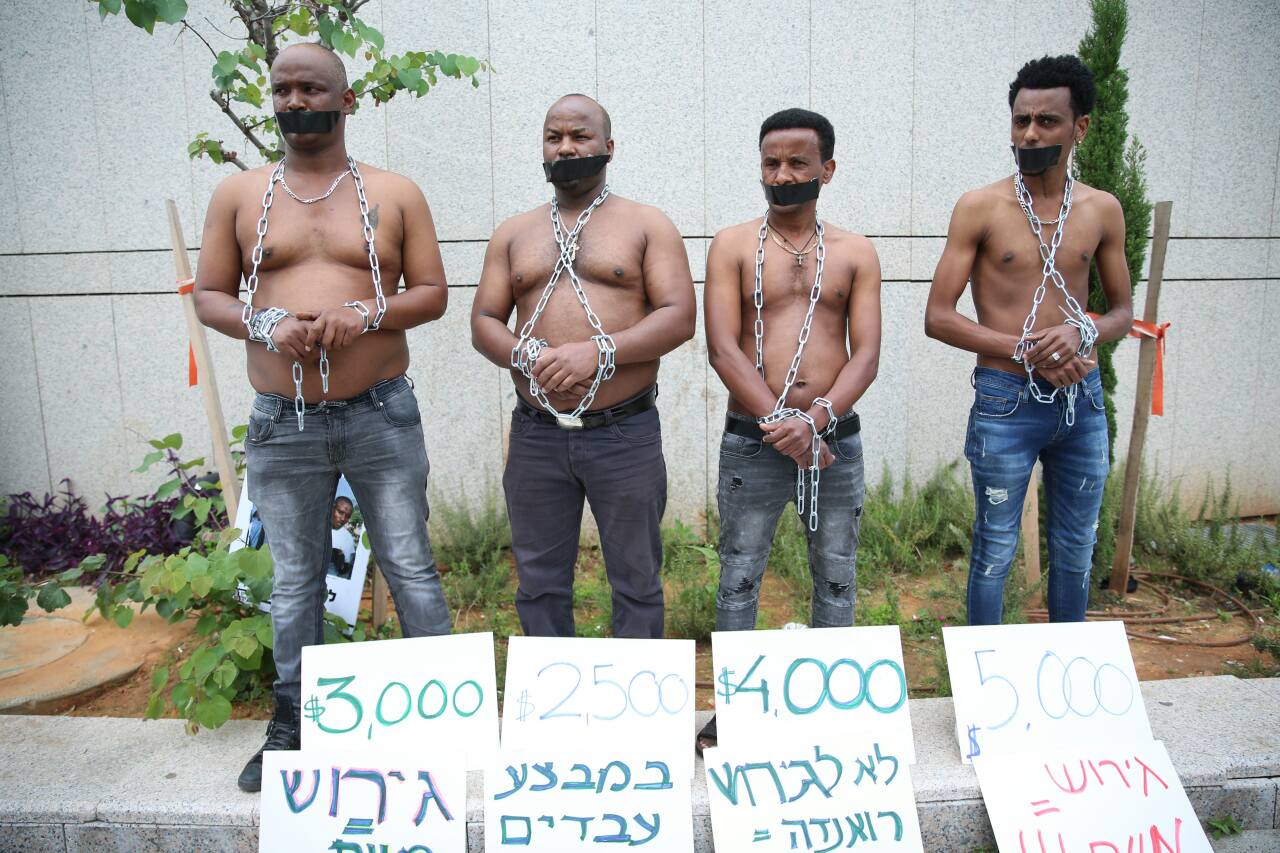 African asylum seekers protest the suspension of an agreement between Israel and the UN to resettle 16,000 asylum seekers rather than deport them to third countries, south Tel Aviv, April 3, 2018. (Activestills.org)

The terrible thing about Netanyahu’s UN deal, and its subsequent cancellation on Tuesday, is that behind the political flip-flopping are people — thousands of families wavering between joy and despair, buffeted by decisions over which they have no influence. Political drama in Israel is addicting, but those most affected by it are human beings. When an advisor whispers in Avigdor Liberman’s ear that a harsh response to Palestinian protesters will improve his standing in the polls, someone inevitably dies. Whether the soldier’s finger is easy on the trigger pales in comparison to cynicism of this kind.

Nevertheless, I am more optimistic about the fate of the asylum seekers than I was last week. Here’s why.

First, the mass deportations have been stopped — this is the most important thing. The agreement with Rwanda has collapsed — the prime minister admitted this much on live television on Monday. Public debate on the matter is over. It is unlikely that such a scenario, a third world country willing to take in refugees in exchange for money and political support, will happen again — though I doubt this will prevent Israel’s governing coalition from trying.

Holot, the open-air, desert detention facility built for African asylum seekers is closed. This, too, is a major achievement, despite the millions of shekels wasted on the facility. The situation of asylum seekers who refused to leave and were imprisoned there will also improve. There is no longer any legal reason to keep them in prison.

Most importantly, Netanyahu told the entire country that there is a clear, practicable, and better alternative to his policies. The work of those who opposed the deportations will be easier now because the alternative is within arm’s reach — and we know precisely why Netanyahu first accepted it but then reneged. It has nothing to do with the refugees or with the neighborhoods of south Tel Aviv. Rather, Netanyahu’s political fate rests in the hands of a certain segment of the far-right.

The responsibility for finding a solution to the refugee crisis and the poverty of south Tel Aviv now belongs to those far-right forces that torpedoed the agreement with the UN. Every future proposal will be measured according to the potential of what the cancelled deal might have achieved.