There has been a development in the case of an 18 month-old baby who died, apparently due to tear gas inhalation, during riots in East Jerusalem on Friday (24 September). The Association for Civil Rights in Israel (ACRI), the Israeli equivalent to the ACLU, is demanding that the police investigate the incident.

Roi Maor, executive director of human rights NGO Yesh Din, writes that, for the period of 2000-2009, less than 6 percent of nearly 2,000 investigations opened against IDF soldiers suspected of crimes against Palestinians ended in indictments. And out of that 6 percent, only four resulted in convictions. Not 4 percent, emphasizes Mr. Maor: just four.

Given its history of neglecting or ignoring the violent deaths of Palestinians caused by Israeli security forces, it is perhaps not surprising that the Jerusalem district police, rather than rushing to investigate the death of a toddler in a densely populated civilian area in their jurisdiction, instead brushed it off with the claim that nobody notified them about the baby’s death – and that even if the the death really did happen, it was probably caused by leaked cooking gas.

The Israeli government’s policy is that East and West Jerusalem are the same city; that Jerusalem is Israel’s eternal capital – never to be divided again, as it was from 1948-1967. And yet, East Jerusalem’s approximately 208,000 Palestinian residents live without the basic amenities that are taken for granted in West Jerusalem  – or by Jews living in Jewish settlements in East Jerusalem, like Pisgat Zeev, Ramot, Gilo and Maaleh Adumim.

In the Palestinian neighborhoods and villages of East Jerusalem, the roads are badly paved. There are no sidewalks or parks. Garbage is rarely collected, so the residents burn it instead. Schools have up to 80 pupils per classroom. Municipal bus lines that start in West Jerusalem do not extend into many East Jerusalem neighborhoods. The border police who patrol the area are known to set upon and beat Palestinian men for no reason. 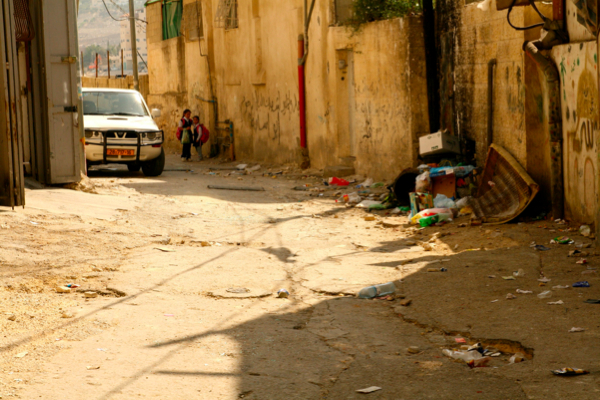 ACRI recently published a report called “Unsafe Space: The Israeli Authorities’ Failure to Protect Human Rights amid Settlements in East Jerusalem”, which explains how the police exacerbate the already tense atmosphere by practicing selective law enforcement in favor of the settlers  – allowing the Jewish interlopers to harass and perpetrate violence against the Palestinian families, while ignoring the basic civil rights of the Palestinian residents.

Recently, far-right Jewish settlers (Kahanists) have settled deep in Silwan, living side-by-side with Palestinian neighbors. The goal of these settlers is to ‘Judaize’ Silwan, ultimately pushing the Palestinians out by quasi-legal means. The presence of these Jewish settlers brings with it armed, hostile and aggressive private security guards who are paid by the state. When the settlers’ children travel to school through the densely populated, narrow streets of Silwan, they are transported by these armed security guards – or even Israeli border police. No wonder, then, that tensions in the area are so high.

As noted by +972 Magazine’s Joseph Dana in his report from Silwan, the police used so much tear gas on Friday that it was impossible to breathe, and residents were evacuating their children to their basements where possible. And yet, the main story on Israeli news sites the day after the toddler’s death was about two Jewish teens who – in a terribly sad irony – died after accidentally inhaling excessive amounts of laughing gas.

Walla! News broke the story about ACRI’s demanding a police investigation into Mohamed Abu Sarah’s death. The Hebrew original is here; my translation is below. 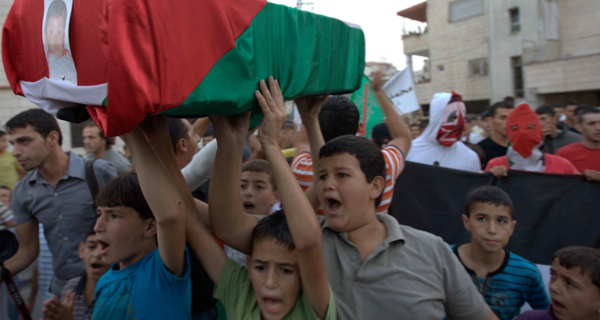 Investigate how the death of a baby was caused by tear gas, demand petitioners

By Nir Yahav/Walla! News correspondent for Arab and Palestinian affairs

The Association for Civil Rights in Israel (ACRI) demanded yesterday (Saturday) that the police open an investigation into the death of 18 month-old Mohamed Abu-Sarah from Issawiyeh. The toddler apparently died from inhaling tear gas that seeped into the living room of his family home, after it was fired by Israeli security forces during confrontations on Friday between residents of East Jerusalem and the police. “The use of tear gas in such large quantities, within a crowded residential neighborhood, can endanger the health of the residents; this is particularly true of the more vulnerable among them – babies, the elderly and pregnant women,” wrote ACRI’s legal counsel in an urgent letter that was sent to the Jerusalem district police. According to ACRI, the 18 month-old toddler suffered from asthma and apparently died from inhaling tear gas.

ACRI attorney Nisreen Alyan requested that the police release their policy regarding the use of tear gas in heavily populated areas: “Does police policy permit the use of tear gas in residential areas?” she wrote. “If so, are there standing orders regarding its use in densely populated areas? Are there limits to the amount of tear gas that can be used in general, or in a residential area specifically? How does police policy protect the uninvolved residents from injury?”

While the residents of the neighborhood claim that the toddler died from inhaling tear gas, the police counter that no-one was injured from their crowd dispersal methods. “Last night a few residents of the area threw rocks at border police who were standing near the village petrol station. The police returned fire using crowd dispersal methods. No-one was injured and no damage was caused,” responded the police spokesperson.

The riots in the area broke out following an incident in which an Israeli security guard shot to death Samar Sarhan, a resident of Silwan. Two more people were wounded during violent clashes that broke out between residents, Jewish settlers and security forces.