The Israeli prime minister says Israelis are doomed to a permanent state of war. It’s time to show him that we aren’t willing to come along for the ride — that we believe in a future for us and our children. 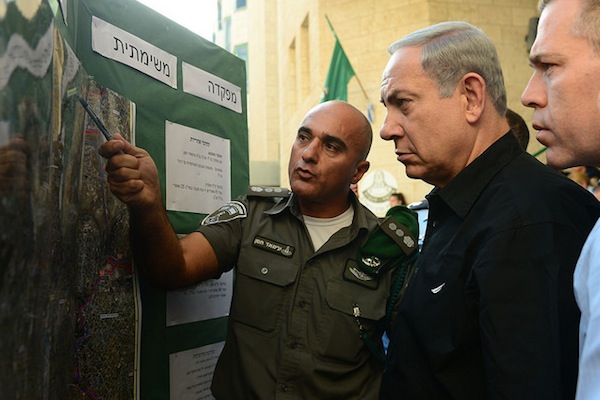 Although it is likely that Netanyahu didn’t intend it, the prime minister may have just granted the Left its ticket to victory. At a Foreign Affairs and Defense Committee meeting on Monday, Netanyahu said the following: “I am asked if we will forever live by the sword – yes.” And with those eight short words, Netanyahu summed up the entire vision of the Israeli Right.

What about hope? No hope. Is our hand stretched out in peace? Only while holding on to the sword. You thought Likud had no platform? Well, it does.

The same was made clear to the Palestinians, just in case they expected anything different. “At this time we need to control all of the territory for the foreseeable future,” clarified the prime minister, adding that there will be no bi-national state here. The two nations will pay the price in blood.

This isn’t new. Analysts have previously stated that this kind of rhetoric is the Right’s only solution: more of the same. But this is the first time that the prime minister himself has clarified that this, indeed, is his political vision. On the 20th anniversary of the assassination of Yitzhak Rabin, Mr. Peace and Security confirms that there will be neither peace nor security.

This is where the Left must come in and bring the exact opposite message. It won’t be Herzog or Lapid, who only utter the word “opposition” to reassure Israelis that “no difference between the coalition and the opposition” every time they seek to justify Netanyahu’s policies. It will be a real Left, with a message of hope for both Israelis and Palestinians.

This Left must use Netanyahu’s remarks over and over again, ensuring that Israelis never forget them. It must make clear that we will not live by the sword. That there is another way. To every man and woman who lives here and wants to continue living here, to all those who want to raise children here, to all those we can give hope that the Right never can. 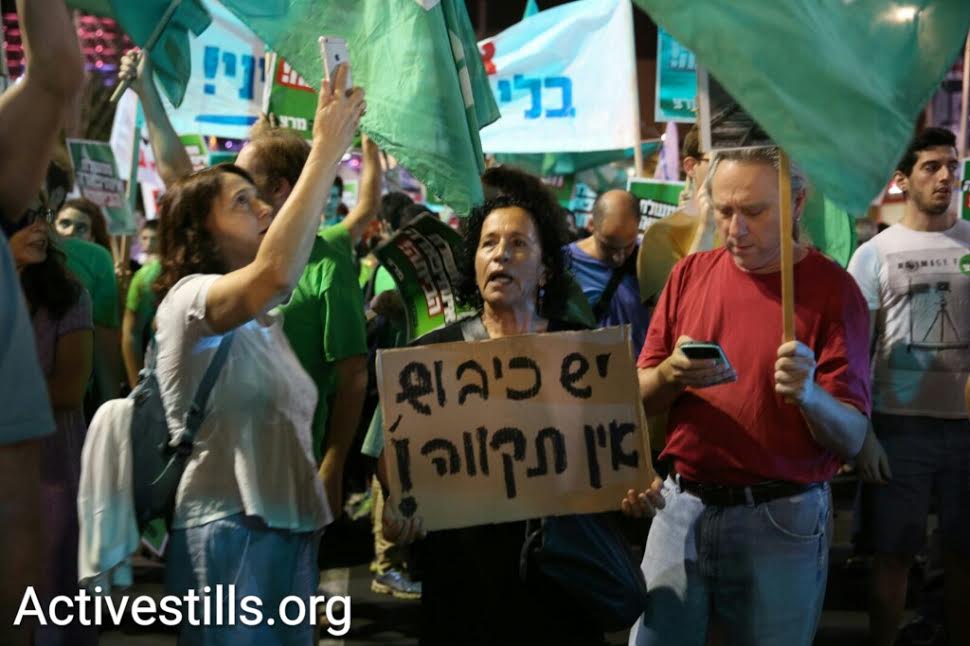 That, of course, is not all. We must speak to Israeli society about the growing socioeconomic gaps; about the huge sums of money that remains in the hands of so few; about privatization; about the selling off of our natural resources; about a fair redistribution of land and unequal distribution of municipal taxes; about our educational, health, and welfare systems; about discrimination against women, Mizrahim, and Ethiopians; about working conditions and minimum wages.

But the starting point must be our fundamental clash with Netanyahu: is there any point in raising the next generation here, because we will fight and invest and do everything so that it has a better life than us? Is there hope in living here? Netanyahu clearly said no. According to him, we are destined to live by the sword. Our motto must be the opposite.