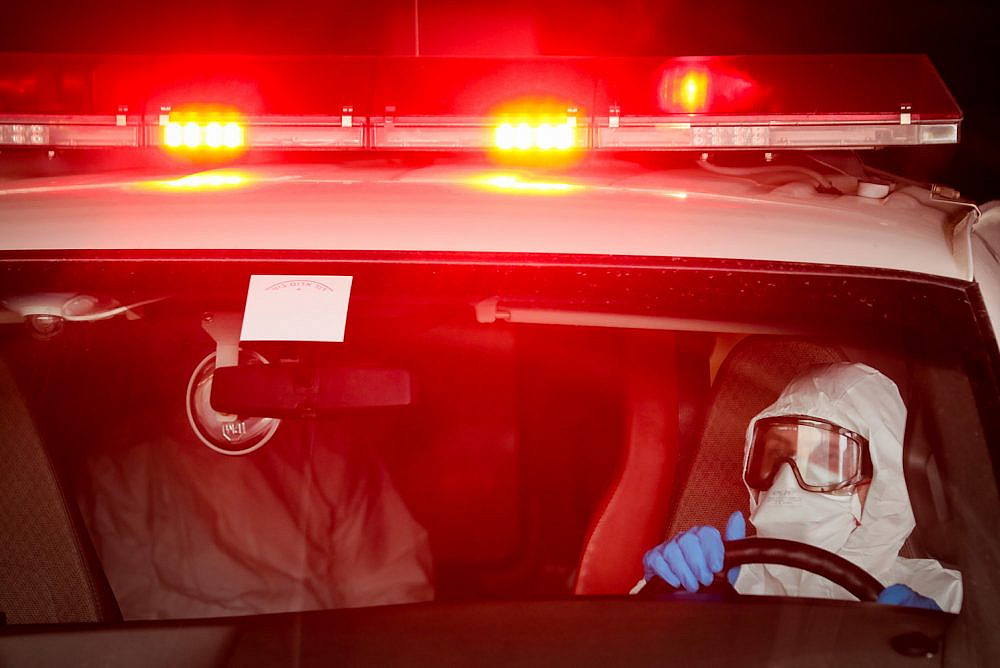 The novel coronavirus does not discriminate: it infects people regardless of age, class, race, and location. This is certainly the case in Israel-Palestine: the virus is infecting people all around the globe, including on both sides of the Green Line that separates Israel from the occupied territories.

In that sense, then, there is no connection between the pandemic and Israel’s occupation of the Palestinian territories. Nonetheless, while the virus is indiscriminate, outcomes are not. On that front, the occupation is having a profound impact on Israel’s ability to handle the outbreak — specifically, by draining the financial resources needed to maintain a functioning public health system that is equipped to respond to such crises.

Israel’s public health system is structurally robust. But an occupation-induced policy of fiscal austerity has left it operating on the brink — and under-equipped to take on a pandemic.

The connection between the dangerous underfunding of Israel’s public health system and the occupation is straightforward, although not generally acknowledged by the Israeli leadership: the country is in a state of constant, low-intensity conflicts with regular spikes in violence, such as the Second Intifada, and the seemingly endless chain of violent flare-ups on the Gaza border.

Each such confrontation brings with it not only human casualties but also economic damage. The Second Intifada (which initially coincided with a worldwide crisis in the hi-tech industries) brought about what the Bank of Israel termed the longest economic crisis in Israel’s history: two consecutive years of negative GDP growth and three consecutive years of negative GDP per capita growth. The impact on Israeli society and economy was traumatic, as evinced by the fact that the package of economic programs proposed by the government toward the end of the hostilities, with a view towards economic recovery, was named “Economic Defensive Shield,” borrowing its name of the Israeli military campaign that put an end to Palestinian resistance in the West Bank.

Following the Second Intifada, Israel embarked on a consistent policy of fiscal austerity in order to convey to the local and international business communities a sense of financial stability — a veritable smoke screen for the actual instability resulting from the occupation. By some metrics, this program succeeded: governmental civilian expenditures (excluding military outlays and interest payments) stood, in 2018, at 32.3 percent of GDP, significantly lower than the OECD average of 40.9 percent. 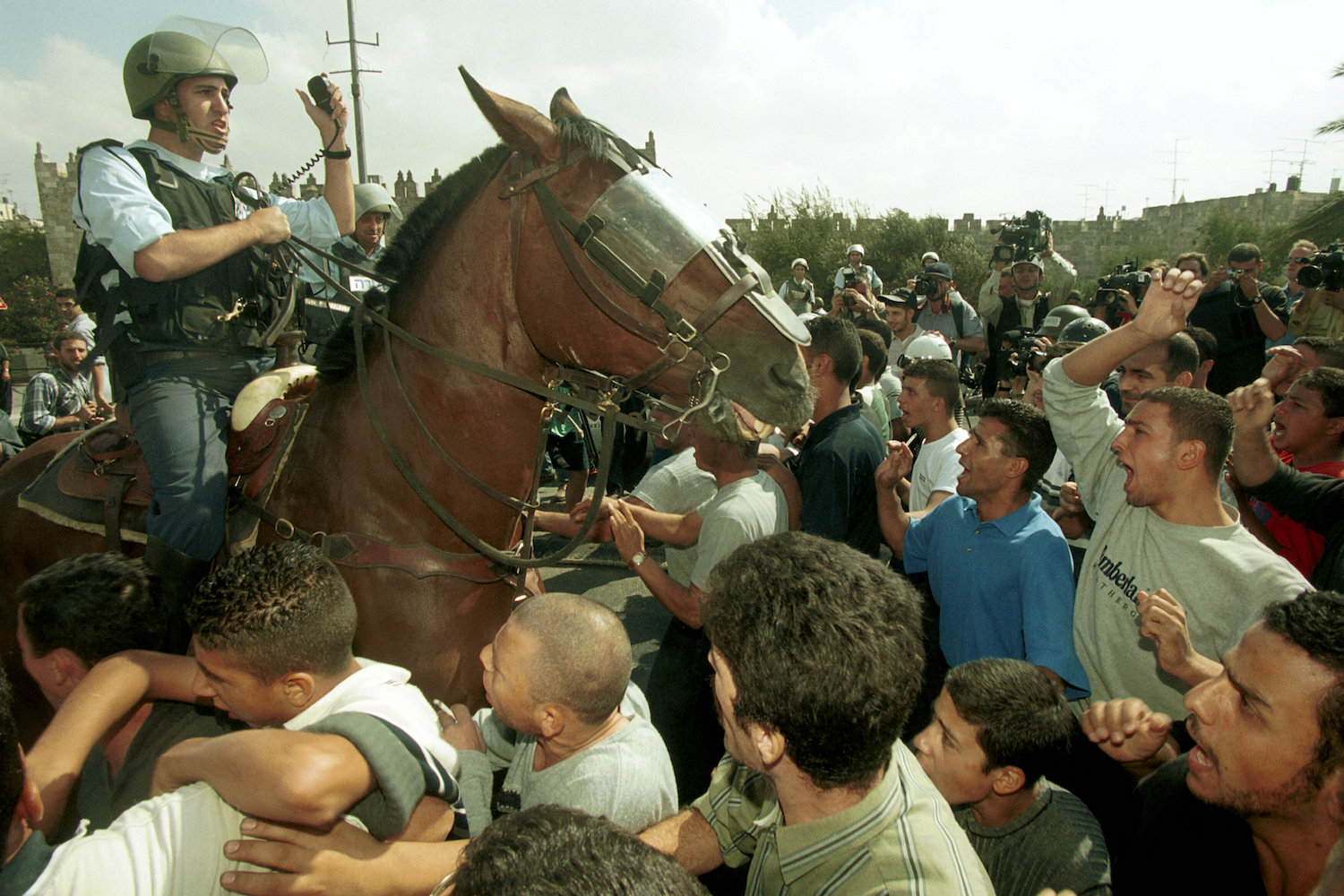 An Israeli police on horseback enters a crowd of Palestinians during clashes in the first days of the Second Intifada, October 20, 2000. (Flash90)

Nonetheless the “patient” — Israel’s social services, including its public health system — grew sick from the malaise of underfunding. Instead of raising taxes to pay for the costs of the Intifada, just as Israel had done to pay for the 1967 and 1973 wars, then-Finance Minister Benjamin Netanyahu did the exact opposite: he slashed corporate tax rates and passed tax cuts that excluded the working class while benefiting in particular the high earners in Israel’s hi-tech sector (dubbed the “Start-Up Nation”). In this way, Netanyahu’s neoliberal policies essentially absolved the wealthiest Israelis of having to cover the cost of the occupation.

Thus has the occupation vacuumed up national budgetary resources that could, otherwise, have been used to prop up a public health system already buckling under the weight of decades of privatization. This dual attack on the welfare system has left the country’s hospitals understaffed and under-resourced. Before the start of the pandemic, for example, Israel had 2.2 ICU beds per 1,000 people, compared with an average of 3.6 per 1,000 people in the OECD (and an average of 4.1 per 1,000 people in Belgium, the Netherlands, Germany, Switzerland, and France, all of which have similar public health systems to Israel’s).

In light of this statistic, the average occupancy rate of ICU beds in Israel is high at 94 percent, again before the coronavirus outbreak. And the ratio of physicians and nurses to patients in Israel also lags behind the OECD average. 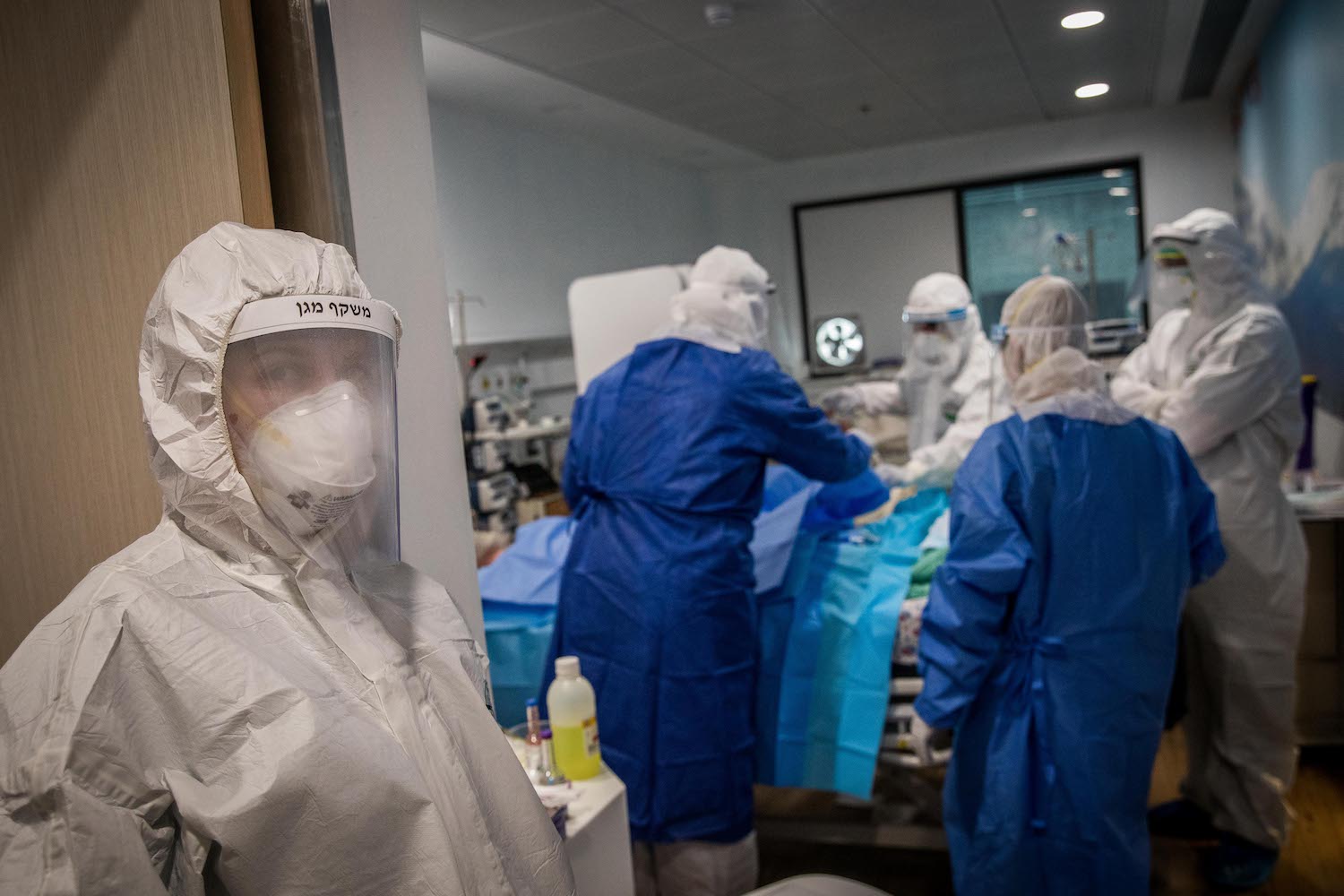 These figures have driven the intensive campaign waged by the Israeli medical establishment to impose ever-stricter social distancing and quarantining measures over the past month. Although Israel began its battle against the coronavirus on steady footing, implementing social distancing and halting international air traffic early on, medical officials are nonetheless haunted by the prospect of having to deal with a mass of COVID-19 victims in need of medical resources that are in short supply, including staff, hospital beds, and ventilators.

Still, it must be remembered that in contrast to the United States, Israel is in a much better position to deal with the pandemic, due to the fact that it does have a public health system. And so far, the results of the Ministry of Health’s campaign to slow the spread of the virus have been fairly positive: the transmission rate is comparatively low, as are the percentage of serious cases and the fatality rate. The pattern of the spread in much of Israel is closer to that of South Korea and Taiwan than to Italy and Spain.

Yet there are major exceptions to this picture — namely, Haredi communities, and Palestinian neighborhoods of Jerusalem unilaterally annexed by Israel in 1967. This brings us back to the longer-term costs to Israel’s social safety net of privatization and the occupation, particularly as it relates to the coronavirus pandemic. 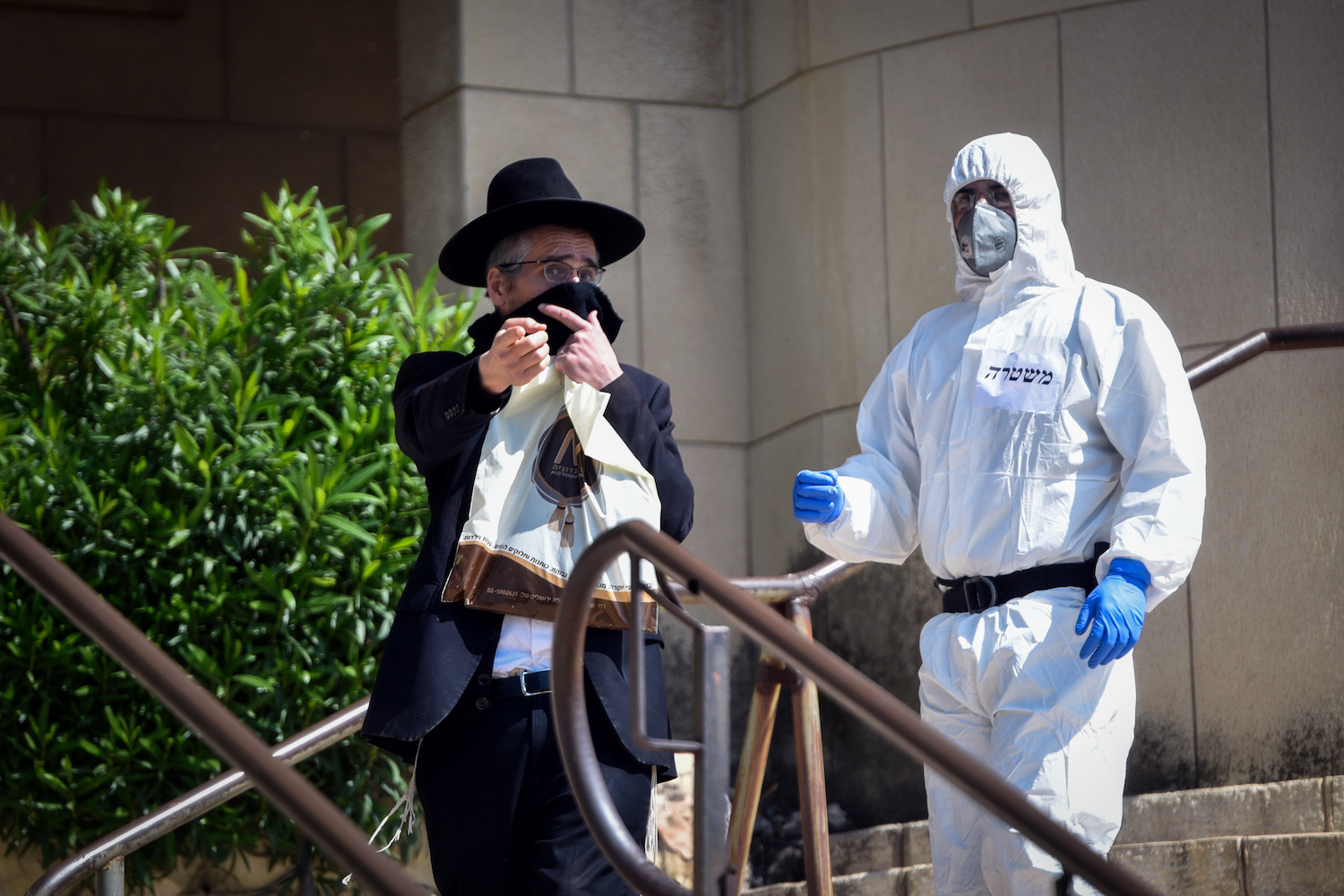 Israeli police officers remove ultra-Orthodox Jews from the Ponevezh Yeshiva in Bnei Brak as part of an effort to enforce lockdown and prevent the spread of the coronavirus, April 2, 2020. (Flash90)

Fiscal austerity has led not only to the poor state of Israeli hospitals and shortages of medical personnel and medical supplies; it has also damaged social services for at-risk populations and further disadvantaged beneficiaries of Israel’s safety net, including the poor, whose chances of moving out of poverty are now lower than they were before the Second Intifada and the Economic Defensive Shield program. At the time of writing, the circle of those at a disadvantage has expanded even more, following the tight-fisted coronavirus aid package for unemployed persons and small businesses. This plan excludes many people affected by the crisis, including family daycare providers, asylum seekers, and new business owners.

Nonetheless, there may be a little room for optimism here: perhaps the coronavirus will start to roll back some of these economic trends. Perhaps the global nature of the virus will bring home the destructiveness of Israel’s occupation of the Palestinian territories. Perhaps, too, the renewed prominence of the state in the present crisis will show the absurdity of the persistent drive by neoliberals to dry up its resources.

Shlomo Swirski is a sociologist and social activist and author of 'Israel: The Oriental Majority' and of 'The Cost of Occupation: The Burden of the Israeli-Palestinian Conflict.' He is the academic director of the Adva Center.

Barbara Swirski, is a sociologist and author of 'Calling the Equality Bluff: Women in Israeli' and of numerous articles on the Israeli public health system. She is the founder and former director of the Adva Center.