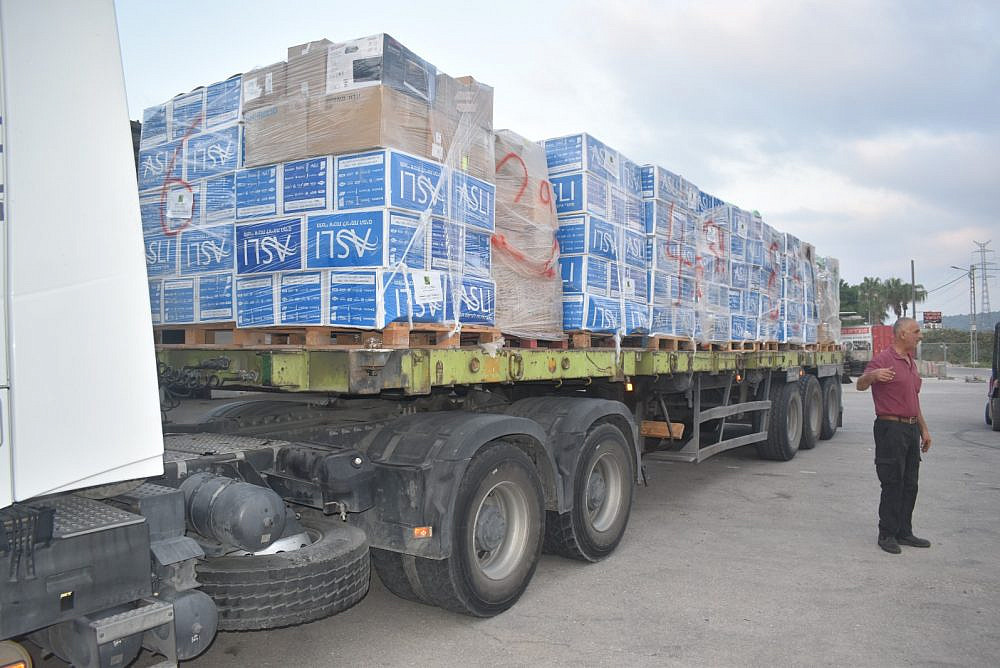 One of the five trucks carrying aid to Gaza, organized by Palestinian and Jewish citizens of Israel. (Jeremy Milgrom)

As an act of solidarity with Palestinians in Gaza who are still recovering from the latest war in May, Palestinian citizens of Israel and Jewish Israelis launched a donation campaign that gathered 3,300 boxes of aid to the residents of the strip. The five trucks left Monday morning from the village of Kufr Qara in Israel and entered the Gaza Strip through the Kerem Shalom Crossing, the only commercial crossing between Israel and Gaza.

The campaign began two and a half months ago at the end of the 11-day war, and at the initiative of Palestinian citizens who wanted to help the residents of Gaza. The donations, which include clothing, footwear, toys, school bags, and food items, were collected without organizational affiliation, and included the participation of hundreds of people. More than 100 drop-off points were set up across the country, and a sorting center was established in Kufr Qara.

A trucking company volunteered to transport the donations to Gaza free of charge. The donations were then inspected by Hamas authorities, and on Wednesday were transferred to a warehouse from which they will be distributed to nine different organizations in the strip. While Palestinian citizens have previously sent aid convoys to Gaza, this initiative attracted more attention because of the participation of Israeli Jews.

“The idea was born when I saw the suffering of the people in Gaza during the war. It hurt me so much,” said Ihab Masalha, who initiated the donation drive. “We wanted to extend humanitarian aid from the Arab communities in Wadi Ara [a region in northern Israel]. I thought [we would gather] five or six tons, and in the end we collected over 60 tons.”

Masalha said that although it was not the original goal, the aid operation surfaces the issue of Gaza. “The siege of the strip needs to end, they live in a giant prison. Their suffering is indescribable — it is inhuman,” he said. 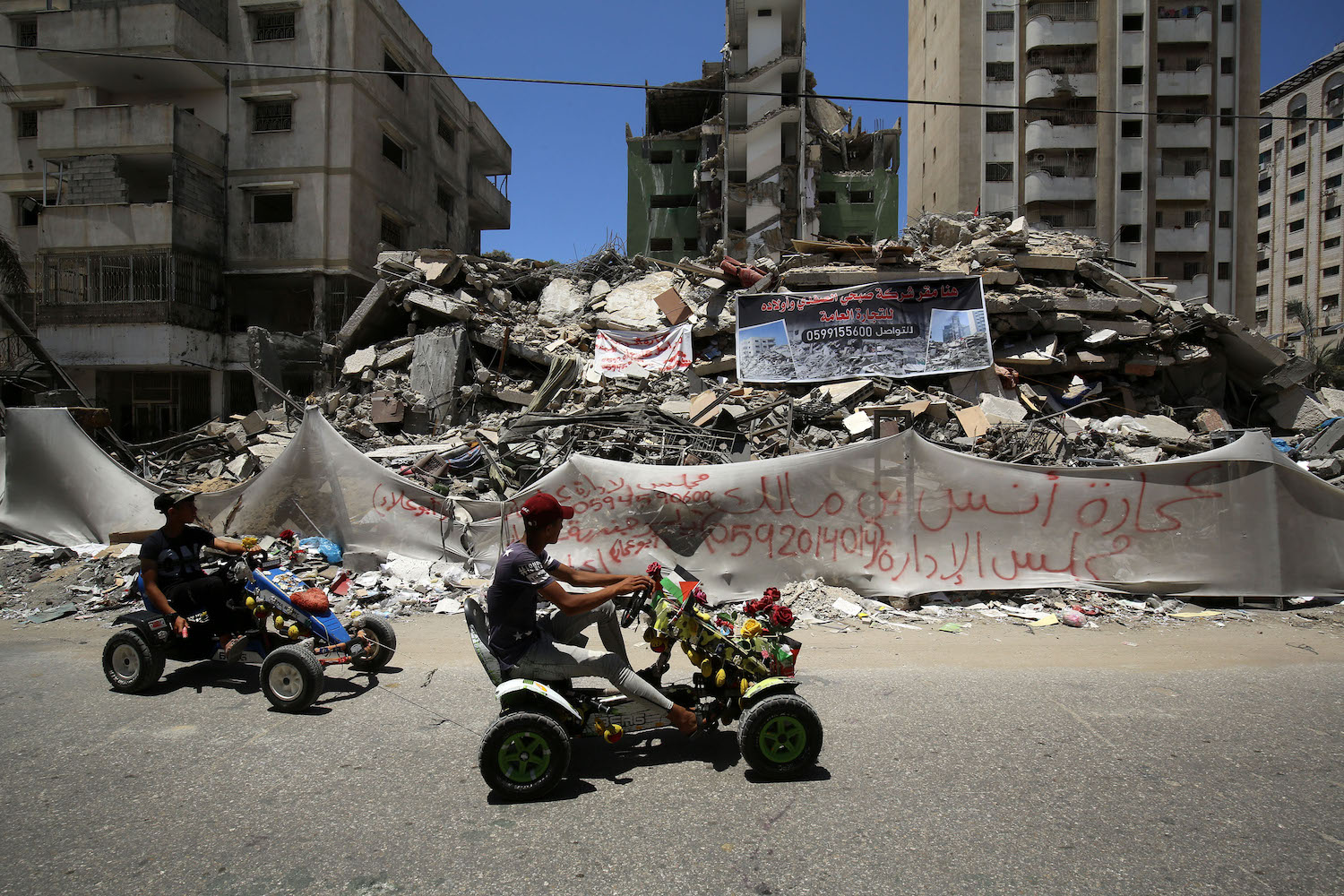 Palestinians walk next to a destroyed house in Rafah after it was hit by an Israeli airstrike during, Al-Rimal neighborhood, Gaza city, May 30, 2021. (Abed Rahim Khatib/Flash90)

Yehudit Harel, who joined Masalha to lead the operation, is a veteran activist and resident of the city of Rosh HaAyin in central Israel. “During the war, I was shocked by everything that was happening, especially between Jews and Arabs,” she said, referring to the violence that erupted among civilians inside Israeli localities in May. Harel met Masalha through the Neighbors at Peace group on Facebook, created “for those who support partnership and wish to promote it” in the Wadi Ara area. She said she joined the campaign “out of an immense heartache over what was happening, and a desire to send a message of peace.”

Harel said she was surprised by how many people mobilized for the operation. “I contacted people I know who work in different organizations, and they passed it on through social media. In a very short time, the volunteers began to flow. People wanted to set up drop-off points in their community, suddenly there were 70 of them, and people sent the invitation to acquaintances and friends so we were able to collect large quantities of donations.”

“There were people for whom Arab-Jewish cooperation was new. This is significant, and it took place against the backdrop of what happened in May,” Harel added. “Eighty percent of the donations are clothes for all ages, including new wedding dresses, donated by the Arab community, which will then be donated to an organization that will rent them out to brides for a symbolic sum of 10 shekels.”

“People have been languishing in severe poverty for years and years without any horizon of hope,” Harel continued. “We are trying to convey a message that this is a situation that cannot continue. There was a feeling on the Israeli side that it was unjust.”

According to Masalha, the transfer of aid to Gaza was not easy to carry out. Their first request was refused, he explained, and the Israeli authorities stipulated that only diapers and food can be brought into Gaza. With the intervention of the Regional Cooperation Ministry, headed by Issawi Frej of Meretz, the group was able to get the necessary permits. “We had a hard time with the approvals. Each time it was something different. At first they approved toys but not other things. It was mentally exhausting,” said Masalha.

The connection with the Gaza side was coordinated by Tahani Abu Dakka and Ashraf al-Ajrami, two former Palestinian Authority ministers who are originally from Gaza but now live in the West Bank. Both currently work for the Palestinian community development organization Damour.

The organizers noted that after receiving more donations than expected, they sent some of them to the West Bank. They particularly focused on aiding the South Hebron Hills, which has seen an increase in settler violence in recent months, as well as to Humsa, a small community in the Jordan Valley that has been demolished by Israeli authorities six times in less than a year.