For the second time in a week, Israeli authorities place travel restrictions on players meant to participate in Palestine Cup matches. A motion to expel Israel from FIFA last year was withdrawn after Palestinians received assurances on freedom of movement. 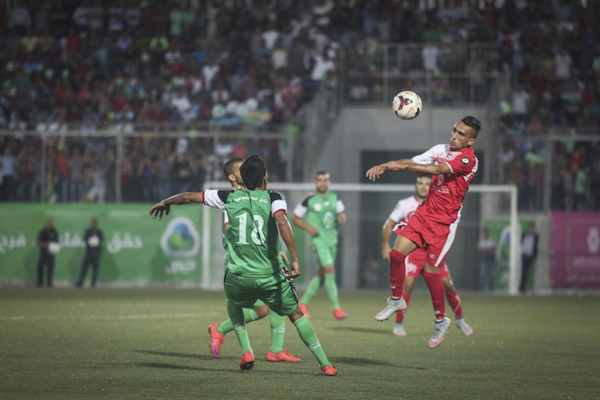 The Palestinian Football Association said it will escalate its complaint with FIFA, soccer’s international governing body, over Israel’s refusal to allow Palestinian soccer players to travel between the West Bank and Gaza for games in the Palestine Cup over the past week, Palestinian news site Sawa reported Saturday.

The complaint comes as the Israeli military has refused to allow seven players from Gaza-based Shabab Khan Younis to exit the Gaza Strip in order to play a Palestine Cup match in the West Bank in Hebron on Saturday.

Appeals to Israeli officials to resolve the matter were reportedly unsuccessful. Palestinian Football Association officials delayed Saturday’s game by 48 hours in hopes that with the intervention of FIFA, Israel might allow the Palestinian players to exit Gaza in order to play in the cup match.

Palestinian authorities said they are also planning an international campaign to raise awareness of Israeli restrictions, according to the report in Sawa.

In a nearly identical incident earlier this week, Israel prevented seven Palestinian players from Hebron-based Ahly al-Khalil from entering the Gaza Strip to play Shabab Khan Younis, citing the fact that they hold Israeli ID cards. Israeli military authorities also delayed the rest of Ahly al-Khalil for 12 hours at the Erez Border crossing, the only active border crossing in and out of the Gaza Strip.

The Shin Bet, Israel’s domestic intelligence agency, told Haaretz that it decided to not let the Palestinian players leave the Gaza Strip “due to damaging security information and in light of the security situation.”

The Israeli army controls the only regularly operating border crossing in and out of the Gaza Strip, in addition to claiming complete control over its airspace, maritime zones, population registry, and all decisions regarding who and what may enter and exit the besiegedturn territory.