The Nabi Elias bypass road, which will serve Israeli settlers, requires the confiscation of 25 acres of Palestinian land. 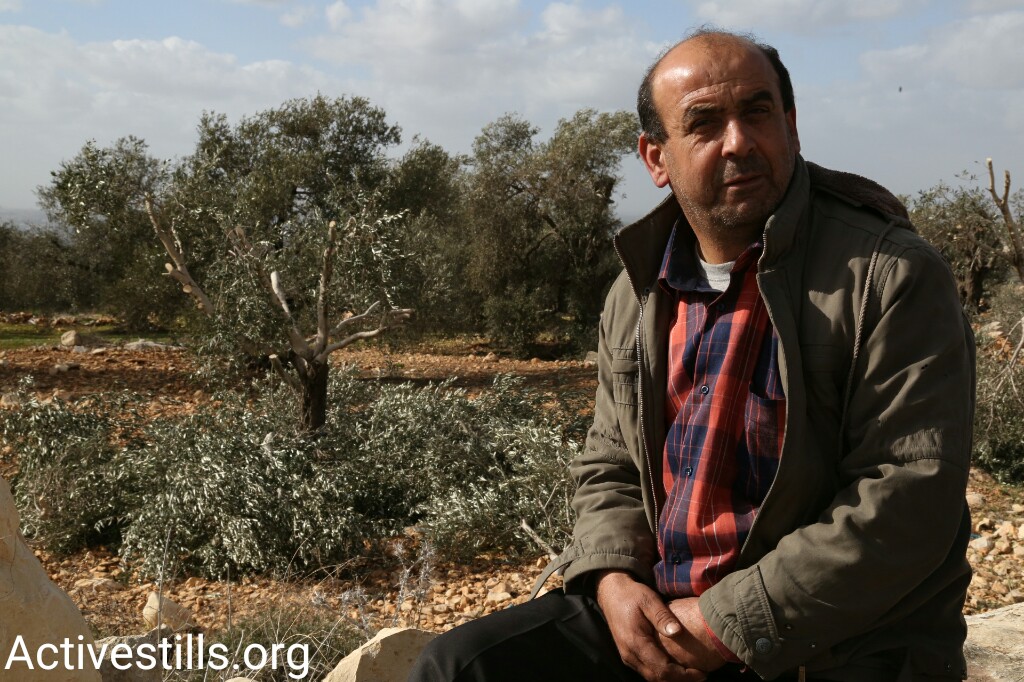 Riyad Abu Hanieh sits near one of his olive trees that was uprooted for the sake of building a settler-only road, near Qalqilya, West Bank, January 8, 2017. (Keren Manor/Activestills.org)

Civil Administration contractors accompanied by Israeli soldiers uprooted around 250 Palestinian-owned olive trees Sunday near the West Bank city of Qalqilya, as part of a larger plan to build a settler bypass road in the area.

The Nabi Elias bypass road will include the expropriation of 25 acres of Palestinian land — including a total 700 olive trees — belonging to the Palestinian villages of Izbat Tabib, Azzun, and Nabi Elias, just east of Ramallah. 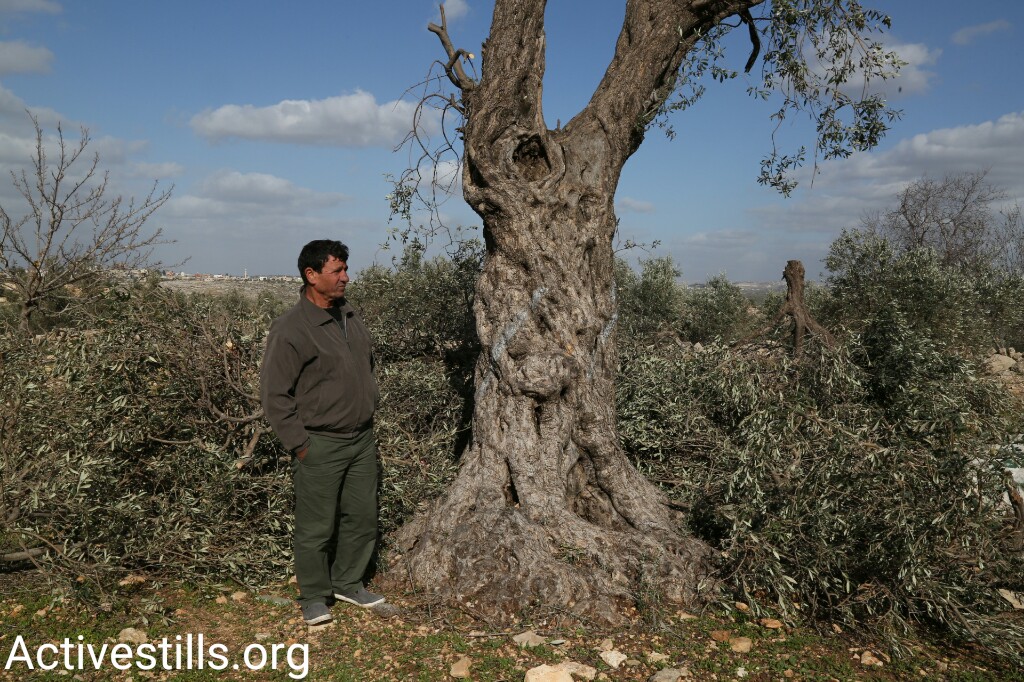 Husam Abu Hanieh stands beside an olive tree uprooted by Civil Administration contractors, as part of a plan to build a settler bypass road near the West Bank city of Qalqilya, January 8, 2017. (Keren Manor/Activestills.org)

On Saturday the army prevented dozens of Israeli activists from joining a nonviolent Palestinian demonstration against the land confiscations. By Sunday only a small group of Palestinians came out to protest the uprooting.

The decision to build the road, which will serve settlers only, was made as part of a compromise with the Yesha Council, the umbrella organization that governs Jewish settlements in the West Bank. According to the text on the expropriation orders, paving the road is intended to “improve transportation between Nablus and Qalqilya.” 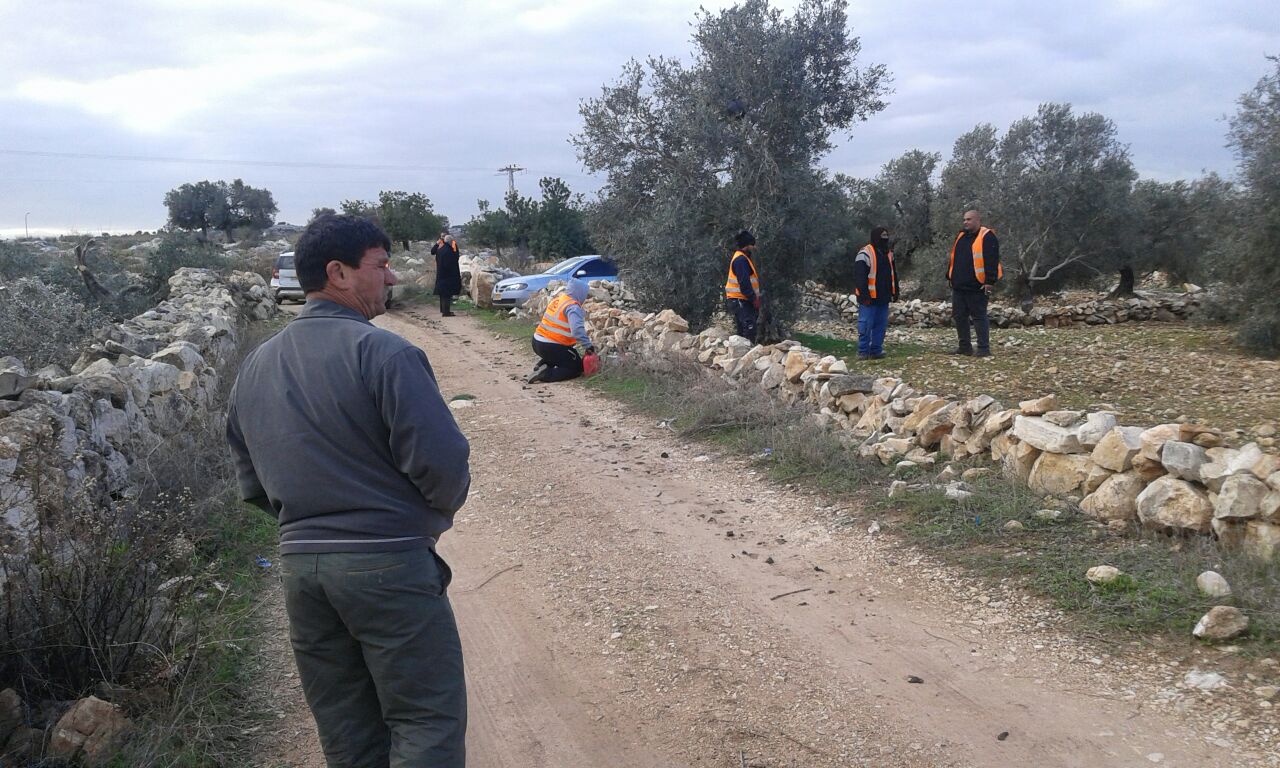 Palestinian farmers look on as Civil Administration contractors uproot their trees in order to build a settler bypass road, near the West Bank city Qalqilya, January 8, 2017. (Musa Tabib/Combatants for Peace)