Israeli demonstrators gather in central Tel Aviv to support Tair Kaminer and Ayden Katri, two Israeli conscientious objectors who refuse to serve in the army because of its actions in the occupied territories. 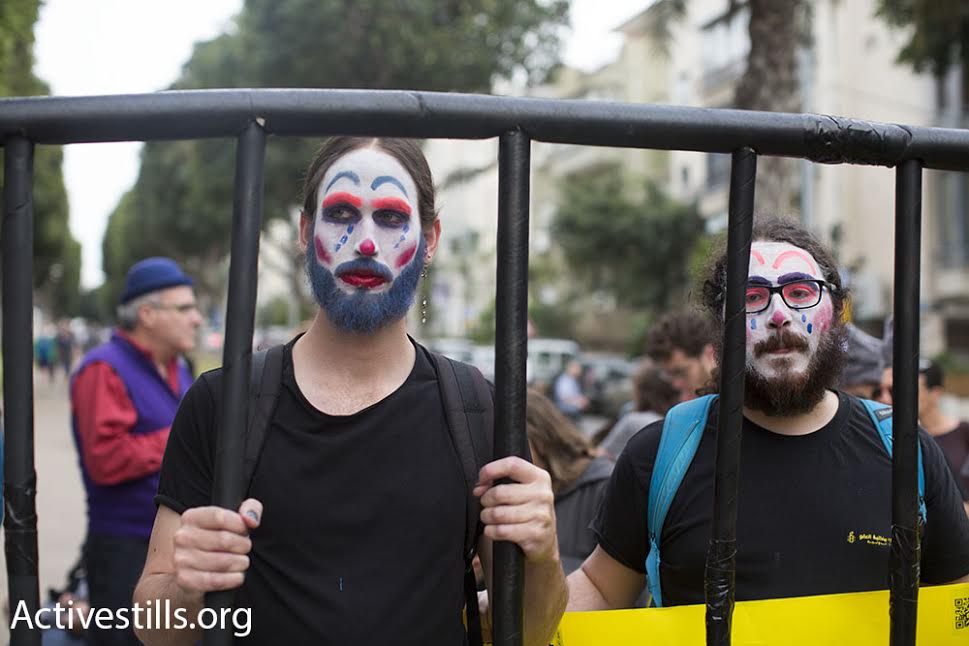 Dozens of Israelis demonstrated last Thursday in central Tel Aviv in support of two Israeli conscientious objectors, one of whom is currently serving time in military prison.

The demonstration, which coincided with the Jewish holiday of Purim — when Jews typically celebrate by dressing in costume — was organized in support of Tair Kaminer, who has sat in prison for a total of 75 days and is expected to be sentenced to another term next week, as well as Ayden Katri, a 19-year-old transgender conscientious objector from the city of Holon, who is expected to be officially enlisted on Tuesday. 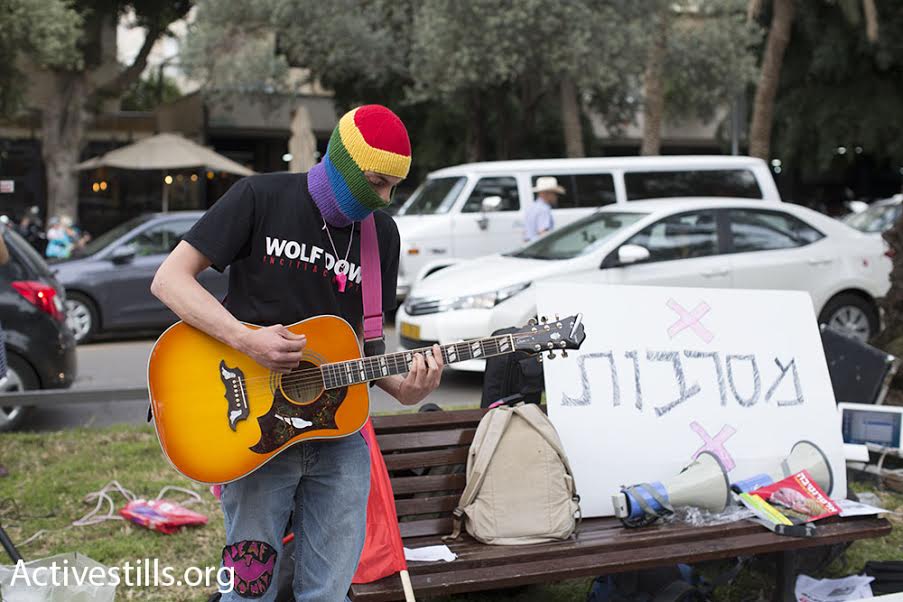 Both Kaminer and Katri have stated their opposition to the occupation, and their hopes to build bridges of peace between Israelis ands Palestinians.

MK Dov Khenin (Joint List) was present at the demonstration, telling the crowd that “conscientious objection does not threaten our society; the biggest threat to our society is unconscionable obedience.”

Protest organizer Noa Levy told +972, “On a day in which an 18-year-old soldier shoots a wounded, helpless Palestinian to death, we see how the army is sending young people into impossible situations of occupation and terror that turns them into murderers. We demonstrated in Tel Aviv in solidarity with Tair Kaminer and Ayden Katri, two conscientious objectors who present a counter model to all Israeli teens as well as a more optimistic way for the entire Israeli public — the way of peace.” 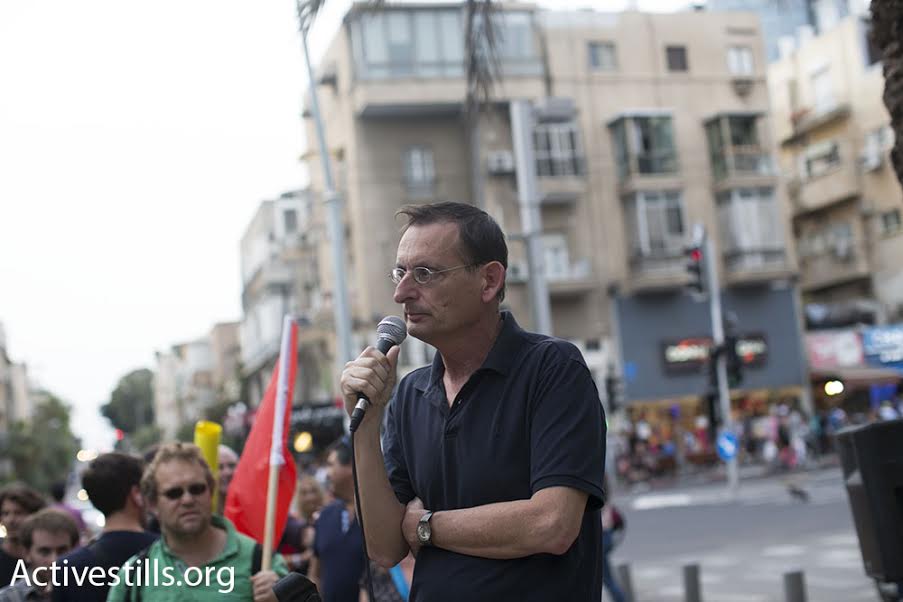 Kaminer, 19, recently finished a year of national service with the Israeli Scouts (“Tzofim”) in the southern development town of Sderot. There she volunteered with children who suffer from trauma due to multiple wars in Gaza and continual rocket fire on the city. “The children I worked with grew up in the heart of the conflict and have had extremely difficult experiences from a young age, experiences that caused them to feel hatred, which can be understood, especially when it comes from young children,” Kaminer wrote in a statement published in January.