Beit Arabiya, a family home and peace center, had been rebuilt in July. 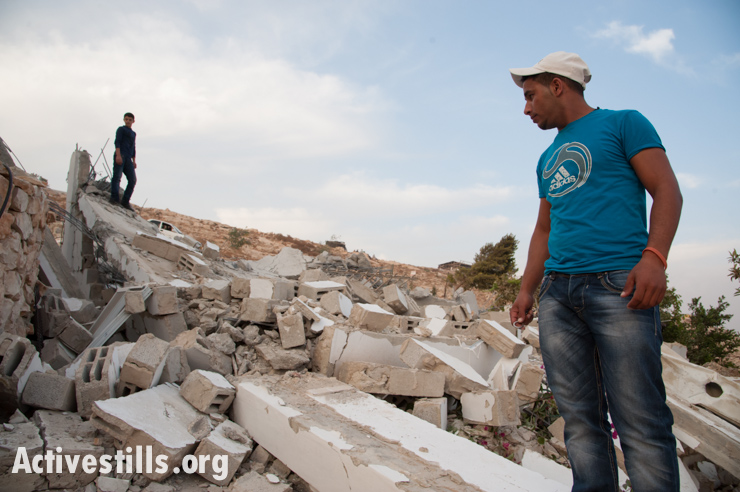 Neighbor Jabril Jahalin, who in July of this year helped to rebuild Beit Arabiya, the family house of Salim and Arabiya Shawamre, surveys the rubble after it was demolished for the sixth time on November 1, 2012. (photo: Ryan Rodrick Beiler/Activestills.org)

At 3:00 a.m. this morning, Israeli forces demolished Beit Arabiya, the family house of Salim and Arabiya Shawamreh, for the sixth time. First built in 1994, it was rebuilt once again this summer by international, Palestinian, and Israeli volunteers organized by the Israeli Committee Against House Demolitions (ICAHD), which has used the house as a peace center since 2003.

Beit Arabiya, located in the West Bank town of Anata (Area C) just to the northeast of Jerusalem, is a living symbol of resistance to Occupation and the desire for justice and peace. As its name suggests, Beit Arabiya is a home belonging to Arabiya Shawamreh, her husband Salim and their seven children, a Palestinian family whose home has been demolished five times by the Israeli authorities and rebuilt each time by ICAHD’s Palestinian, Israeli and international peace activists, before being demolished again this morning. 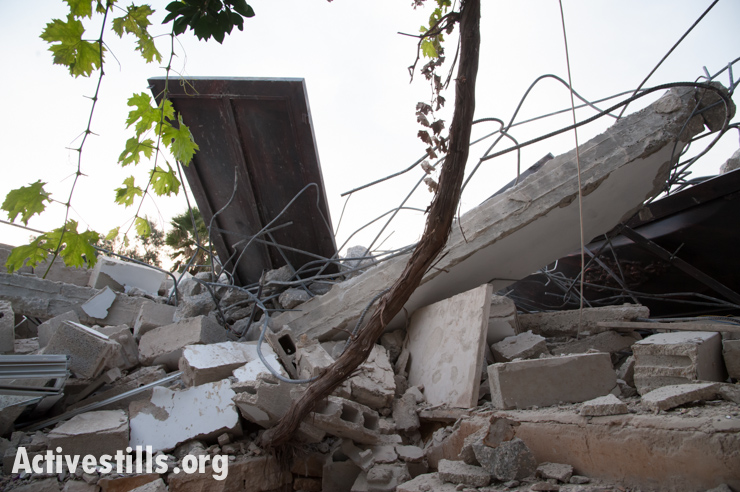 A grapevine stands amid the rubble of Beit Arabiya, the family house of Salim and Arabiya Shawamre, demolished for the sixth time on November 1, 2012. (photo: Ryan Rodrick Beiler/Activestills.org)

Arabiya and Salim have dedicated their home as a center for peace in the memories of Rachel Corrie and Nuha Sweidan, two women (an American and a Palestinian) who died resisting home demolitions in Gaza. In the past decade ICAHD has hosted numerous visitors at Beit Arabiya, and based its annual rebuilding camp at the house, rebuilding 186 demolished Palestinian homes.

Beit Arabiya was recently rebuilt during ICAHD’s tenth annual rebuilding camp that attracted more than thirty internationals, that stood side by side with Israelis and Palestinians who refuse to be enemies, demonstrating that there are partners for peace. Within two weeks, the pile of rubble left after the demolition of the house in the middle of night on 23 January earlier this year, was transformed into a fully functioning house with extensive terrace, made possible by nearly one hundred additional volunteers, including international youth, part of summer delegations to Palestine. 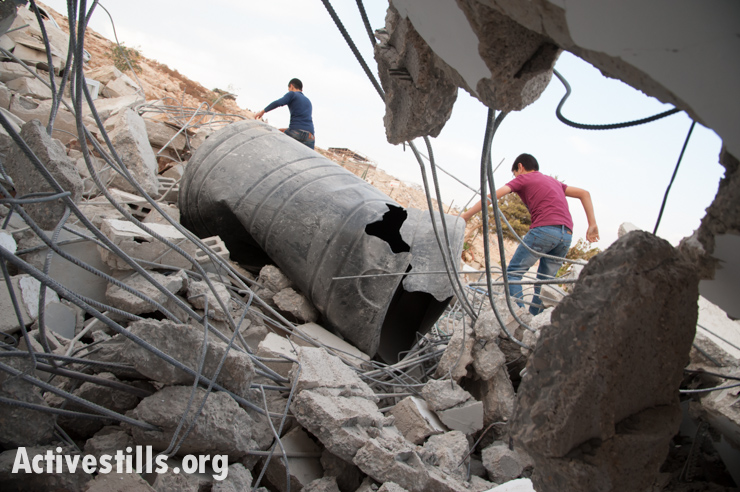 Local children climb among the rubble of Beit Arabiya, demolished for the sixth time on November 1, 2012. (photo: Ryan Rodrick Beiler/Activestills.org)

emailemailemail
Before you go…
A lot of work goes into creating articles like the one you just read. +972 Magazine is nonprofit journalism, owned by many of our writers, editors, and journalists. In order to safeguard that independent voice, we are proud to count you, our readers, as our most important supporters. With your support, we can keep +972 Magazine a strong, independent, and sustainable force helping push the global discourse on Israel/Palestine.
DONATE
More About house demolitions 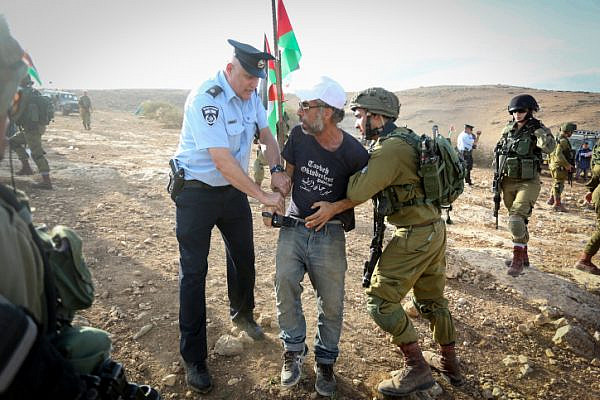 Israeli army to evict 300 Palestinians from Jordan Valley
So far this year, the IDF has demolished 349 structures, displacing 542 people and 302 children. Israeli human rights NGO B’Tselem warned in August that the expulsions would constitute a war crime. By +972 Magazine Staff The Israeli army ordered the eviction of 300 Palestinians from their homes in the northern Jordan Valley area of…
By +972 Magazine November 14, 2017 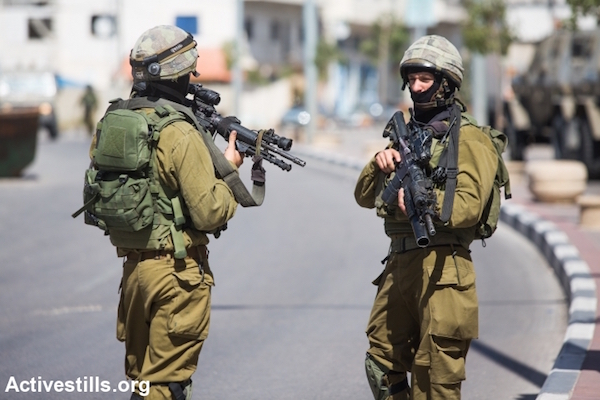 Israelis only understand force — and it makes them angrier, polls show
New polls find that a majority of Jewish Israelis support the ‘voluntary transfer’ of West Bank Palestinians, a majority want to strip East Jerusalem Palestinians of Israeli residency. It’s true that most peace efforts followed war and violence — but not because the Israeli public wants them. Even in times of crisis, a brave leader can…
By Dahlia Scheindlin October 29, 2015 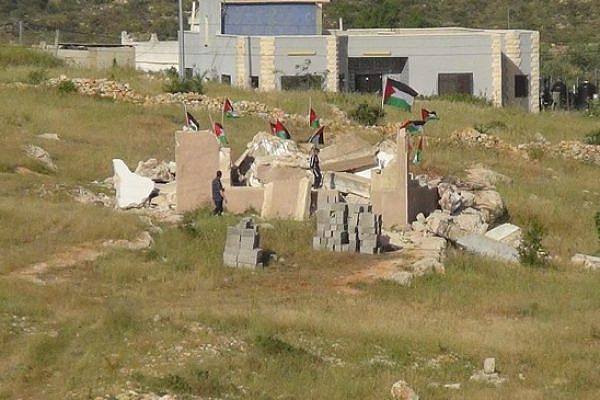 First demolition in Nabi Saleh: Warning shot or ominous sign?
Four years ago, the residents of the village received demolition orders, but they were never carried out. On Monday, bulldozers razed an uninhabited house. Now the villagers, who have been protesting every week since 2009, fear that the army will carry out the rest of the demolition orders to collectively punish them. “When we started…
By Natasha Roth-Rowland April 29, 2015