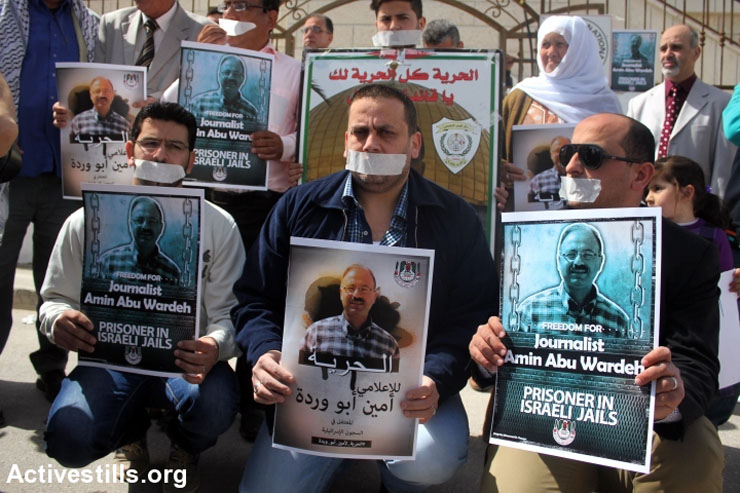 Palestinian journalists and activists protested against the administrative detention of Palestinian journalist Amin Abu Wardeh earlier this week. The demonstrators stood outside the Red Cross offices in the West Bank city of Nablus and demanded that the organization intervene and help release him.

Israel is currently imprisoning and detaining 20 Palestinian journalists, according to the Palestinian Journalists’ Syndicate. Abu Wardeh was also arrested in 2011 and held under administrative detention for 10 months. He runs the Asda’ news website.

Palestinians described the arrest campaign as a political step, while Israel claimed the detainees had recently been involved in “Hamas activity.”

Under Israel’s “emergency regulations,” the state can hold Palestinians without charge or trial under administrative detention for six-month periods, which can be renewed indefinitely. Most administrative detainees do not know of what they are accused, and have no way of defending themselves.

According to Palestinian sources, the soldiers also seized tens of thousands of shekels in cash, a vehicle, laptops, cellphones.