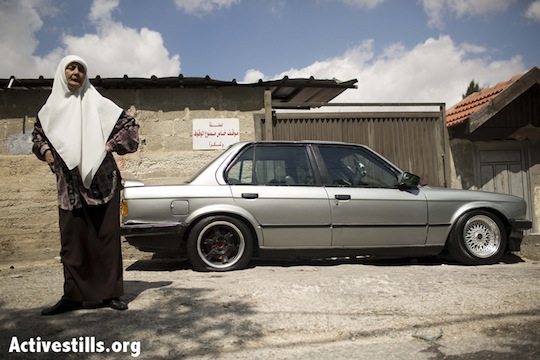 A Palestinian woman stands next to a car that had its tires slashed in Sheikh Jarrah in East Jerusalem, September 22, 2013 (Tali Mayer/Activestills.org)

The slogan painted onto the car makes it appear to be an attempted act of revenge after an Israeli soldier was murdered in the central West Bank over the weekend. The Palestinian man accused of killing the soldier is not from Sheikh Jarrah or Jerusalem. 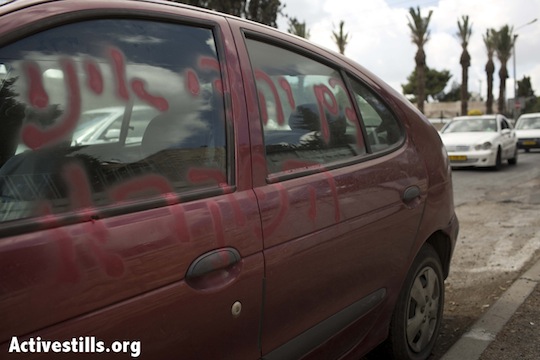 Residents reportedly videotaped the attack and handed it over to police, who asked that the video not be released so as not to harm the investigation into the “price tag” attack. 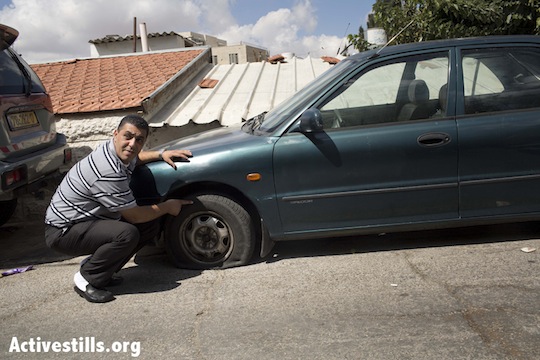 A Palestinian man shows the damage to his car in a suspected ‘price tag’ attack in Sheikh Jarrah, September 22, 2013 (Tali Mayer/Activestills.org)