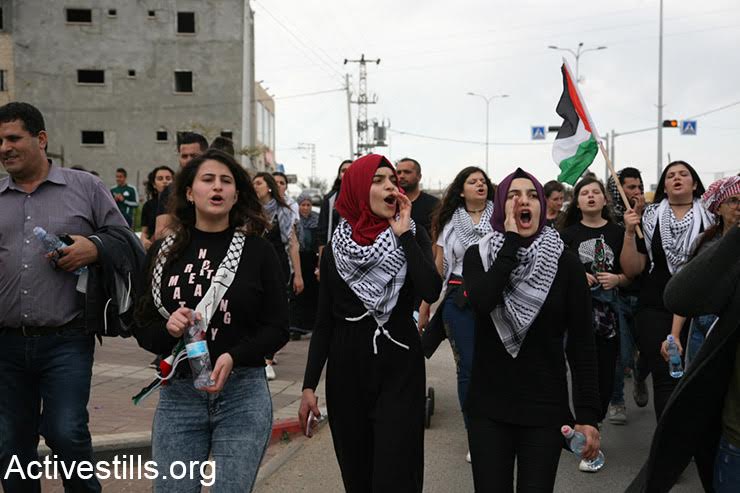 Hundreds of Palestinians took part in marches across Israel on Wednesday and Thursday to mark “Land Day,” commemorating the six Palestinian citizens killed by Israeli forces in 1976. The events began on Wednesday in a torch-lit march in the northern village of Deir Hanna, and continued Thursday, when hundreds marched in Sakhnin, Araba and Deir Hanna, as well as in the occupied territories. Thursday began with vigils for the six Palestinians who were shot dead in 1976 while protesting land expropriation, while members of Knesset from the Joint List laid flowers at the memorial for the dead in Sakhnin. 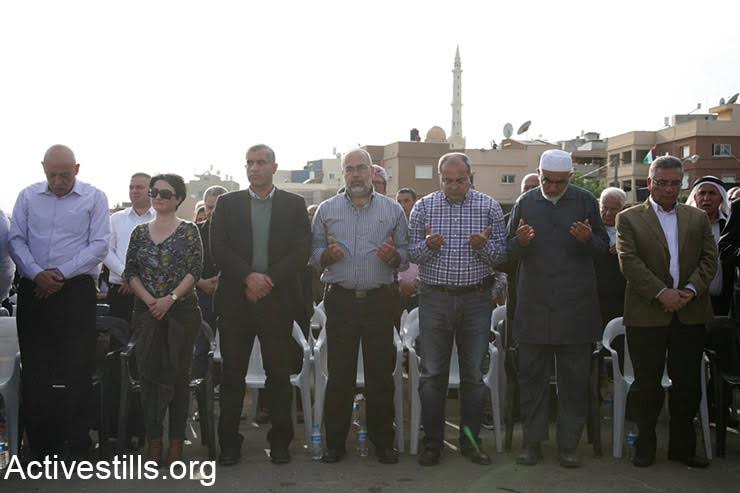 On March 30, 1976, Palestinian citizens of Israel declared a general strike and set out to protest against a decision by Yitzhak Rabin’s government to expropriate nearly 5,000 acres of private Palestinian land in the Galilee. IDF and police forces suppressed the demonstrations, which took place in Sakhnin, Deir Hanna and Araba, shooting and killing six protesters, and wounding over 100 others. Since then, Land Day has become one of the symbols of the Palestinian struggle, both in Israel and abroad, against dispossession, land expropriation and discrimination.

In the Bedouin village of Umm al-Hiran in the Negev Desert, residents and activists built a memorial for Yacoub Abu al-Qi’an, who was shot dead by Israeli police in January. MK Dov Khenin (Joint List), who joined the event, explained why he chose to come to the village: “This place is the clearest symbol for the story of Land Day: in 1976 Arab citizens came out to struggle for their land, for justice and equality in this land, and six of them were shot dead by the police and the army.” 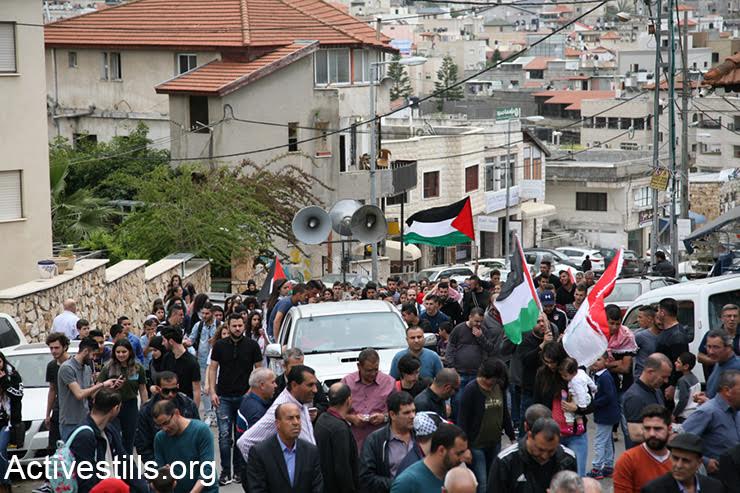 “This past year saw another victim. This is the memorial for Yacoub Abu Al-Qi’an, who was shot dead here on the land of Umm al-Hiran — a small village that the government has decided to demolish,” Khenin said.

At around noon, hundreds marched from the northern city of Saknin to Deir Hanna, where the main rally was held to mark 41 years since the first Land Day. Joint List Chairman Ayman Odeh told the crowd: “Land Day is the most important day in the history of the Arab public’s struggle for equality in Israel.”

“This year,” he continued, “in the shadow of government’s wild incitement against us, in the shadow of the home demolitions and the legislation whose only goal is to harm and incite against the Arab public — this day and this struggle are more important than ever. We stand united against the bulldozers and against the incitement of the prime minister and his ministers.” 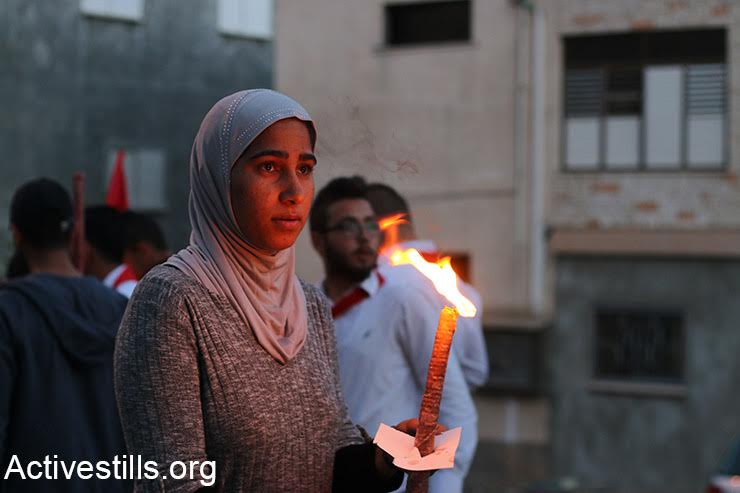