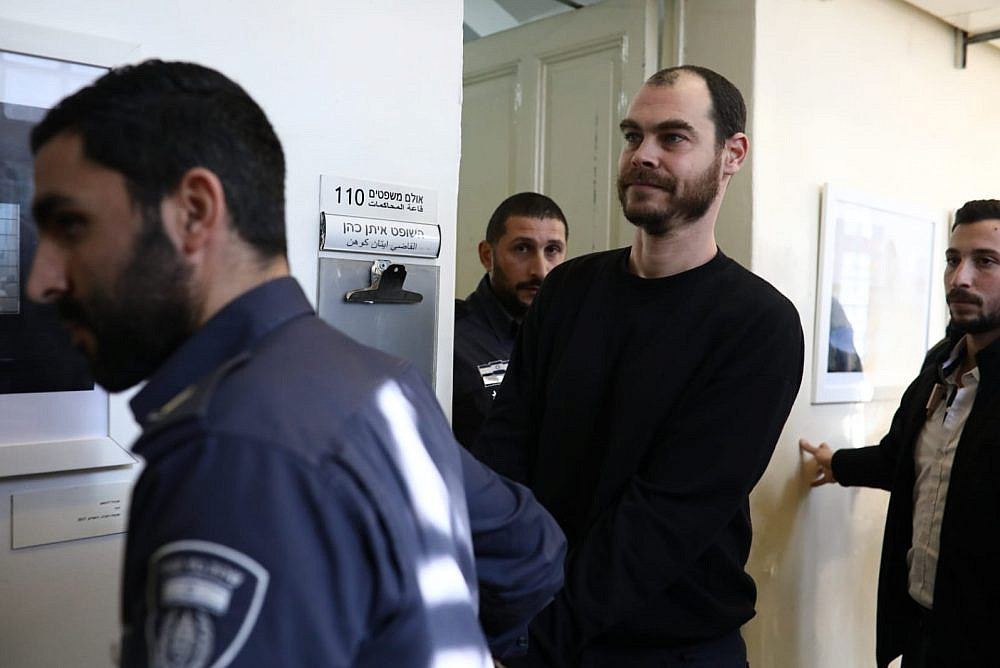 Attorney General Avichai Mandelblit announced Wednesday that he was staying criminal proceedings against three anti-occupation activists, including prominent activist Jonathan Pollak, who has been in Israeli custody for nearly two months.

The decision came a week after Atty. Gaby Lasky, who is representing the three activists, filed a petition with the High Court demanding Mandelblit respond to a request for a stay of proceedings that she had filed six months ago.

Mandelblit’s decision to stay the proceedings means the case against Pollak, who has sat in jail for both refusing to attend hearings and recognize the authority of the Jerusalem Magistrate’s Court, will effectively be closed.

Pollak was arrested in early January after he repeatedly refused to appear in court over a private prosecution filed against him in December 2018 by Ad Kan, a group that is best known for infiltrating and secretly taping Israeli human rights groups. Ad Kan’s private prosecution, the first of its kind against anti-occupation activists, accused Pollak and the other defendants of participating in protests against the West Bank separation barrier and “attacking IDF soldiers and Border Police officers.”

“From the first moment [the court] said it was a misuse of legal proceedings,” said Lasky on Wednesday following the decision. “An extreme right-wing organization tried to take over the general prosecution while purporting to show the public interest. The attorney general has made it clear that this is a matter for the state to decide.” Lasky added that she would ask the court to rescind Pollak’s detention order.

The decision, handed down by Deputy Attorney General Amit Merari, concludes that “it is in the public interest that the state authorities enforce the law in these cases, while taking into account all the relevant considerations, and that enforcement will not be up to those who are party to the political dispute that underlies the protest.” The decision also noted that an inquiry by the Jerusalem district attorney revealed that, despite Ad Kan’s claims, it was doubtful whether the three activists had committed a crime.

In July of last year, Pollak was physically assaulted by two assailants as he left work. The attackers reportedly yelled “leftist asshole” as they beat him, before one of them pulled out a knife and inflicted light wounds on his face and arms. Neither of the assailants have been caught.

In the wake of his arrest, and perhaps because of the spotlight on Israeli participation in West Bank demonstrations, Defense Minister Naftali Bennett issued a statement last month signaling he would ask the army to issue administrative restraining orders to 30 Israeli left-wing activists to prevent them from entering the West Bank. Such orders have not yet been issued.