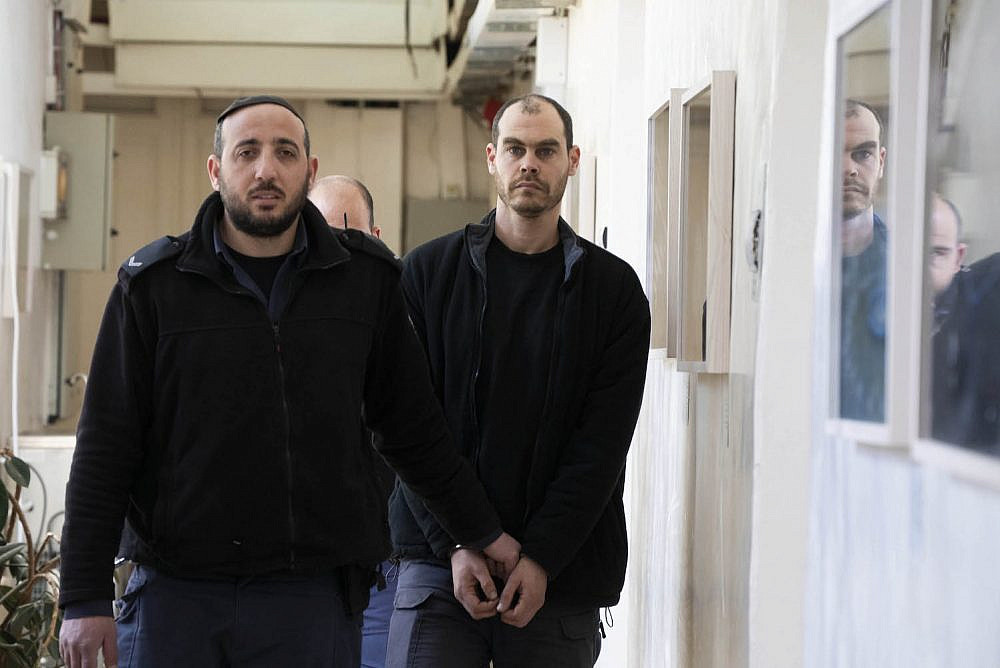 Israeli left-wing activist Jonathan Pollak will remain in custody for the duration of the hearings for a private prosecution filed against him by an extreme-right organization, Ad Kan. The ruling ordering Pollak to remain in detention was handed down by the Jerusalem Magistrate’s Court last week. Pollak was arrested on Jan. 6 for refusing to appear in court after Ad Kan filed their suit, and has since declined to post bail or commit to appearing in future hearings.

A private prosecution of the kind filed by Ad Kan is a rare procedure in which an individual citizen can file a criminal lawsuit via the state. Pollak is one of three Israelis being sued by Ad Kan for allegedly “attacking IDF soldiers and Border Police officers.” The group has in the past infiltrated and secretly taped Israeli human rights organizations,

Pollak’s attorneys, Reham Nasra and Gabi Lasky, demanded last Thursday that the court release him unconditionally. “Pollak has been detained for almost a month as part of the private prosecution procedure, which we claim that the complainants have no authority to begin in the first place,” Nasra told the court. “Because the procedure itself is unlawful, so is the arrest warrant.”

Judge Elazar Benjamin rejected the defense’s arguments, saying that he did not have the authority to review the previous judge’s decision to issue a warrant for Pollak. Furthermore, Benjamin said during the hearing that Pollak “refuses to be released.” Pollak told the court that “my problem is not a financial one but one of principle, so these hearings are unnecessary.”

In July of last year, Pollak was physically assaulted by two assailants as he left work. The attackers reportedly yelled “leftist asshole” as they beat him, before one of them pulled out a knife and inflicted light wounds on his face and arms. Neither of the assailants have been caught. 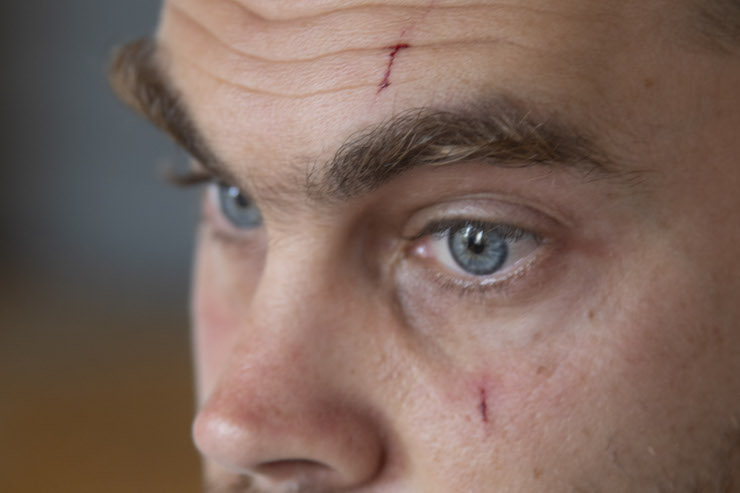 Pollak seen after he was assaulted in south Tel Aviv. (Heidi Motola/Activestills.org)

Pollak, who was brought to the hearing in Jerusalem from a detention center in Tel Aviv, told the court: “The State of Israel rules through a dual regime of repression, one of racial discrimination against its non-Jewish citizens, which grants privileges to Jews and military dictatorship in the occupied territories. Some leftists complain that the court whitewashes the occupation. This is a mistake. The court is not an external tool, but an essential part of the regime.”

For Pollak, the decision to remain in custody is a positive one. He requested that he not be brought every week from Tel Aviv to Jerusalem for hearings, and said the decision would spare him long journeys under difficult conditions in an Israel Prison Service vehicle as well as his stay at a facility in Ayalon Prison, where he has been transferred before every hearing. Pollak is expected to remain in custody until his next hearing, which is scheduled for Apr. 27.

In the wake of his arrest, and perhaps because of the spotlight on Israeli participation in West Bank demonstrations, Defense Minister Naftali Bennett issued a statement last month signaling he would ask the army to issue administrative restraining orders to 30 Israeli left-wing activists to prevent them from entering the West Bank. Such orders have not yet been issued.

Two days after Bennett’s Jan. 20 announcement, Pollak was summoned from Abu Kabir Detention Center in Tel Aviv for questioning at a police station in the West Bank settlement of Ariel over a new complaint by Ad Kan. The second complaint revolved around demonstrations in which Pollak took part in the Palestinian village of Kufr Qaddum over the span of two years. Although he was already in detention, a restraining order was issued against Pollak barring him from the West Bank for 15 days. 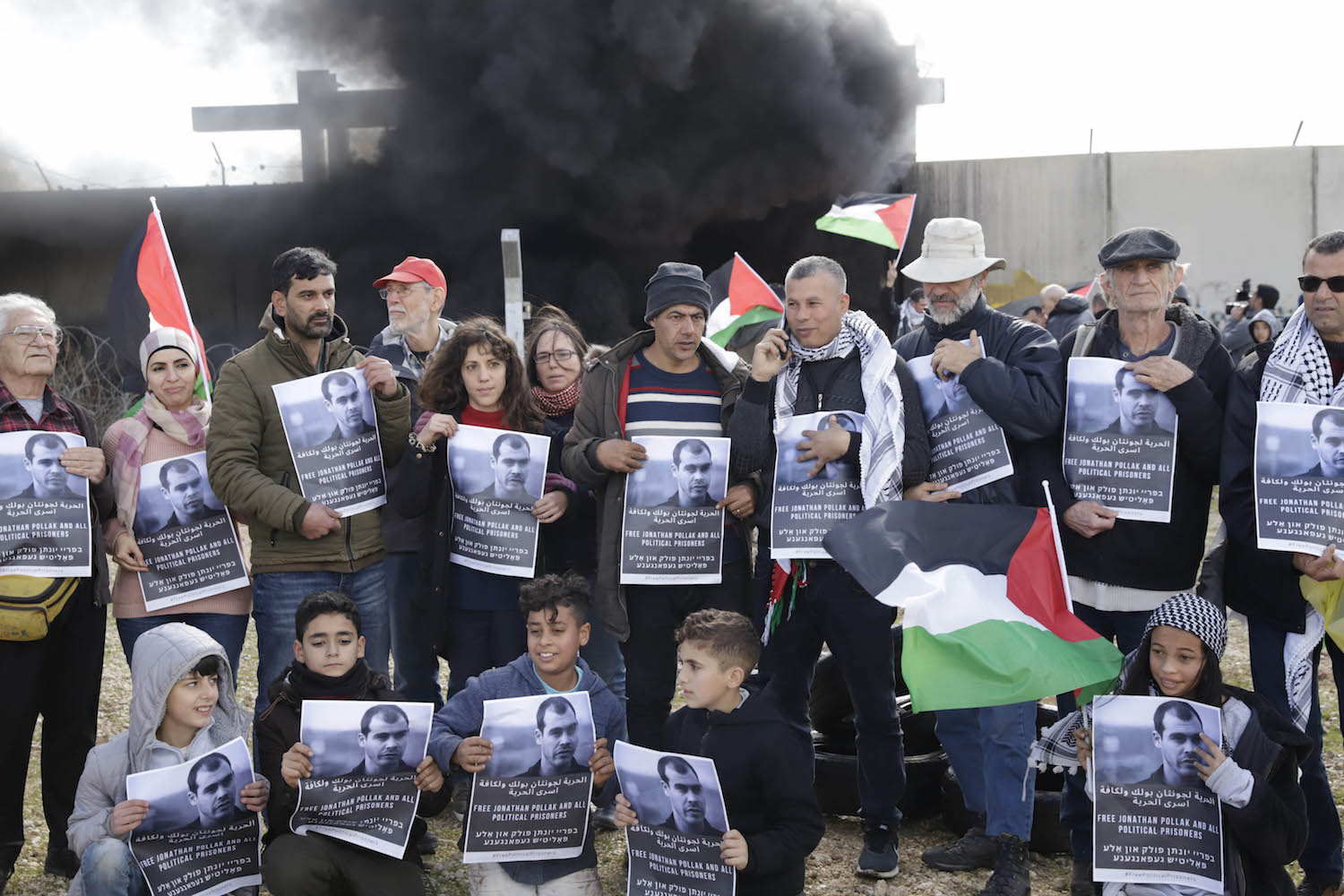 Palestinians from Bil’in along with Israeli activists hold up posters featuring Jonathan Pollak during the weekly demonstration against the separation wall and the occupation in the village, January 31, 2020. (Oren Ziv)

Last Friday, Palestinians in the West Bank village of Bil’in held a demonstration against President Trump’s peace plan, as well as in support of Pollak, who for years took part in protests against the separation wall, which cuts off villagers from their land.

“We are here to tell Jonathan Pollak that just as you stood with us, we will stand with you so that the occupation ends, and we can live together in peace and in justice,” said Muhammad Khatib, an activist and resident of Bil’in. “You are part of us, we remember you as one of the activists who stood with us in Bil’in in the past, and now we are standing with you.”

“We support your decision to resist and not recognize the apartheid system,” Khatib continued. “We will not recognize the right-wing groups that use the state and this system to humiliate us or put pressure on you and other activists against the occupation.”

A version of this article first appeared in Hebrew on Local Call. Read it read.

email
Before you go…
A lot of work goes into creating articles like the one you just read. +972 Magazine is nonprofit journalism, owned by many of our writers, editors, and journalists. In order to safeguard that independent voice, we are proud to count you, our readers, as our most important supporters. With your support, we can keep +972 Magazine a strong, independent, and sustainable force helping push the global discourse on Israel/Palestine.
DONATE
More About Jonathan Pollak 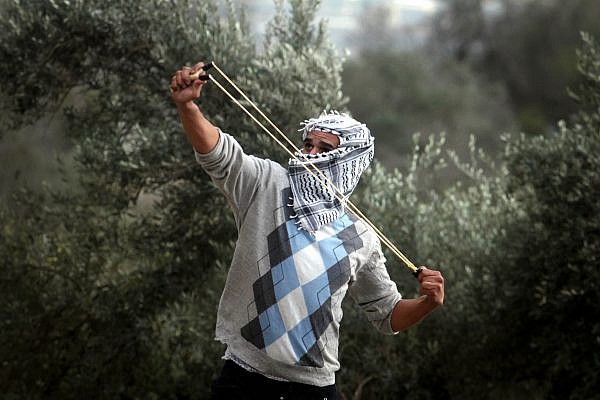 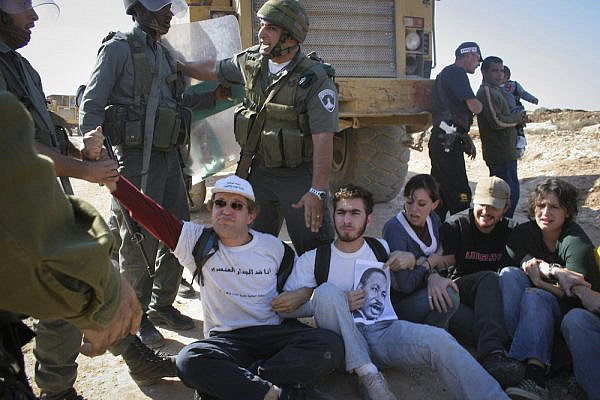