Adnan, who is to be released in less than a week according to a deal reached with the state, is still being shackled to his hospital bed. Khader Adnan working at his bakery in the West Bank Village of Qabatiya near Jenin, June 21, 2013. Adnan was released in 2012 after a hunger strike but re-arrested in 2014. (Photo by: Ahmad Al-Bazz/ Activestills.org)

Just over a week after ending his 54-day hunger strike, administrative detainee Khader Adnan was re-hospitalized in recent days following a deterioration in his medical condition. Adnan reached a deal with Israeli officials last week to end his hunger strike in exchange for being released from custody on July 12. The state also agreed not to extend his administrative detention.

The rehabilitation process after such a long hunger strike is complicated, slow and entails serious medical risks. “Refeeding syndrome” can have deadly complications. A return to normal nourishment must be done gradually and under close medical supervision. The dangers increase for somebody like Adnan who has gone on more than one extended hunger strike.

After Adnan ended his hunger strike he was moved from a civilian hospital back to the Israel Prison Service’s medical center. His condition deteriorated when problems developed in his digestive system and he was brought back to a hospital for emergency care.

The Adnan family attorney visited Khader in the hospital on Monday after he underwent a medical procedure. His attorney was surprised to find that he was shackled to his bed — against medical ethics guidelines — and despite the fact he is under 24-hour watch.

Adnan is scheduled to be released from custody in less than a week. The state has not presented any evidence implicating him in a crime, and has refused to indict him.

Asked why Adnan was still being shackled to his bed, an Israel Prison Service spokesperson responded: “the shackling of a prisoner in hospital is done in accordance with the law and in according to an assessment that also takes medical condition into consideration.” The hospital responded that “the matter is not related to the hospital’s medical staff but rather to the Prison Service’s regulations.” 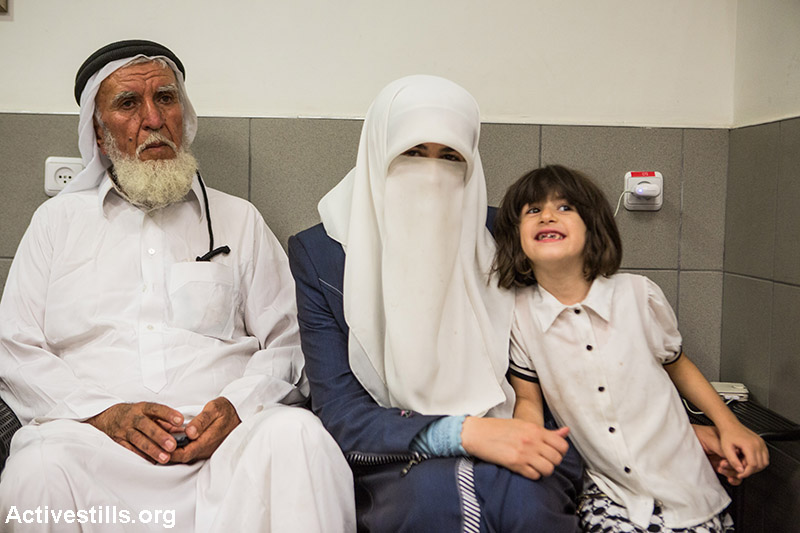 Just to be clear: Kaplan Medical Center is shackling a patient in poor condition, who is a detainee of the state only for a few more days, and whose guilt has never been proven. By treating a patient while he is shackled, the hospital’s medical staff is cooperating with unreasonable instructions by the Prison Service, the only point of which is to humiliate.

In two days the Lod District Court will hear a petition to remove the shackles. Physicians for Human Rights—Israel filed the petition.

Under British Mandate-era emergency regulations kept on the books by Israel, authorities can hold Palestinians in administrative detention without charge, trial or conviction — indefinitely.

Yael Marom is Just Vision’s public engagement manager in Israel and a co-editor of Local Call, where a version of this article was originally published in Hebrew. Read it here.