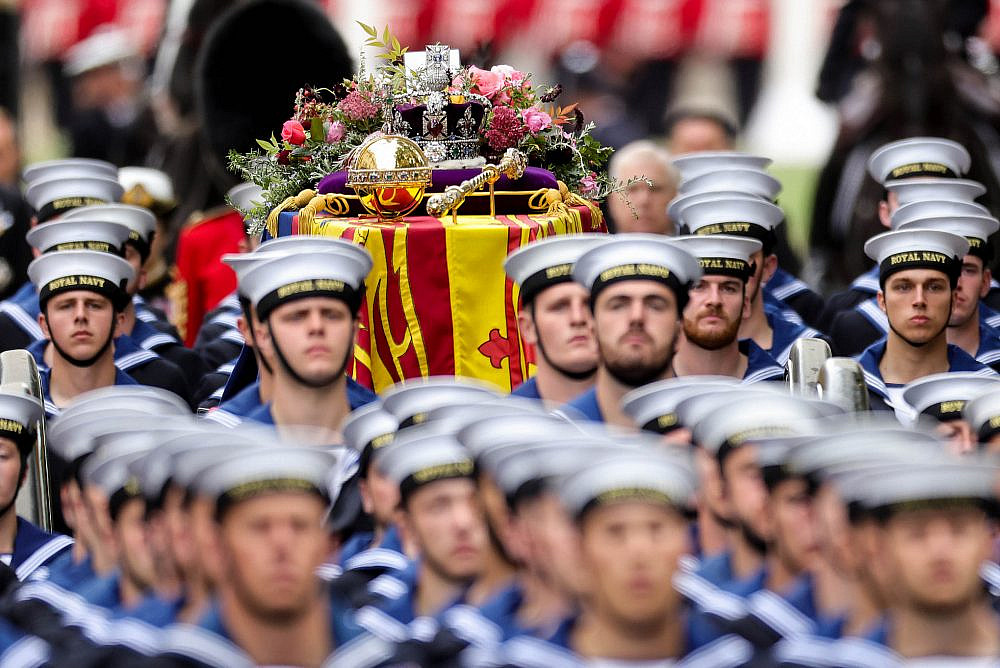 Of all the countries Queen Elizabeth II visited over the course of her 70-year reign — of which there were over 120 — she never once set foot in Israel. But she needn’t have; the legacy of the British Mandate continues to have a tangible impact on the day-to-day management of the Israeli regime.

Israelis tend to think about the British Mandate as a historical remnant, and the rule of the Monarchy as a brief moment in time that belongs in the past. Israeli Jews who hold liberal views often joke that they hope for the “return of the British Mandate,” as if British rule over Palestine ushered in an era of infrastructure and efficiency, replete with cars, maps, statistics, and electricity. The implication is that ever since the British left, things have only gone downhill.

While they may say these things in jest, British colonialism here is not a thing of the past. In fact, Israel-Palestine is one of the few remaining places in the world where the organizing principles of British colonialism form the basis for present-day bureaucratic, legal, and political mechanisms.

One of the central characteristics of British colonialism is the combination of racial hierarchy and extreme violence meted out against non-European subjects, with a near-obsessive preoccupation with political legitimacy and legal normativity. In other words: a fixation on the rule of law. 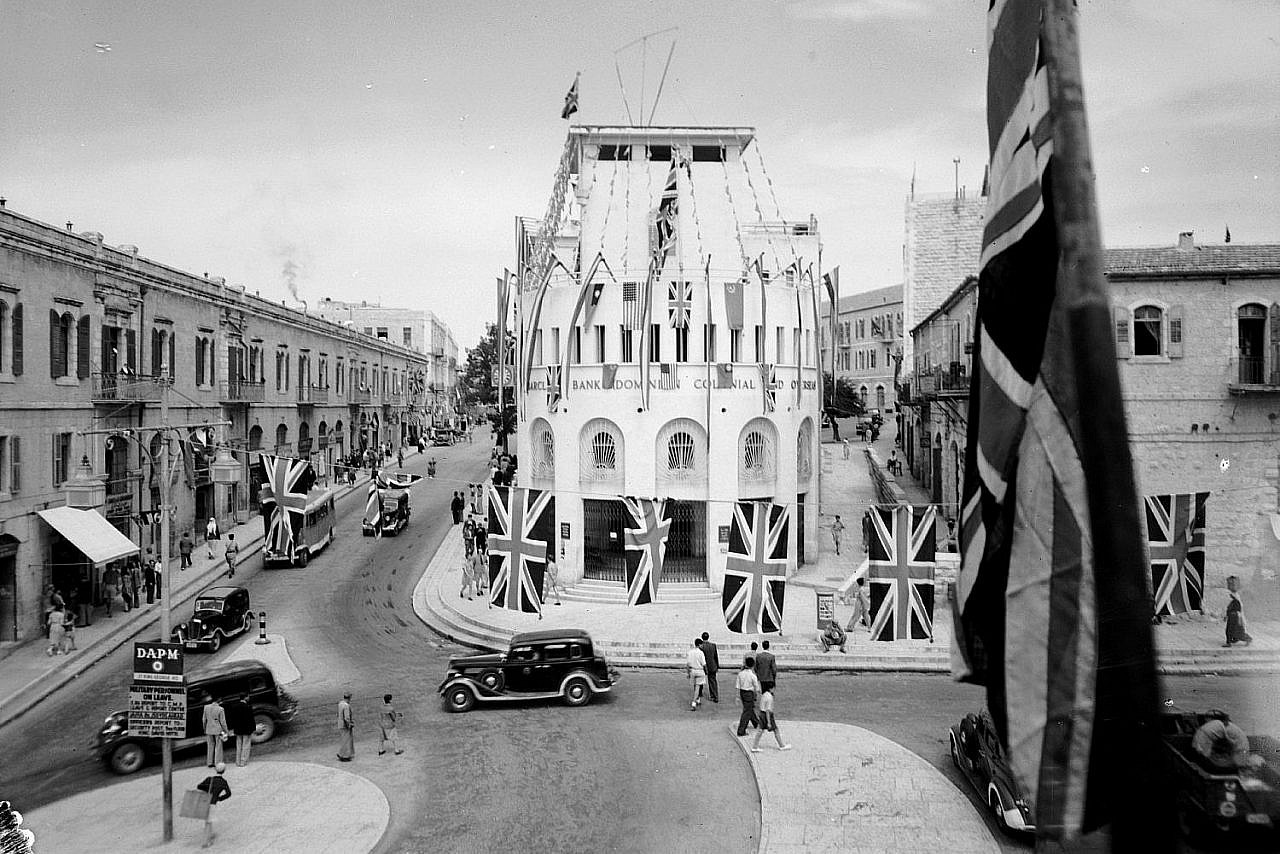 In celebration of VE Day, British flags cover the streets of Jerusalem, Palestine, May 8, 1945. (Library of Congress)

Since the days of the East India Company — which was the first to use emergency legislation to establish the death penalty and the practice of deportation — this obsession meant that as long as there was some semblance of procedure, any violence against a given population could be justified under the pretext of warding off “security risks.” As “hostile” natives increasingly resisted the violence of empire, however, the definition of “security risks” had to be muddied further.

In recent years, historians of the British Empire from across the political spectrum have come to understand that colonialism and liberalism — including the importance of the “rule of law” as a supreme value — cannot be separated. But while the world tries to rid itself of this legacy and begins to think about decolonization in the realm of politics, society, and even the economy, it ignores the fact that British colonialism continues to shape the lives of citizens, residents, and subjects between the river and the sea.

The British administrators in the colonies realized fairly quickly that they could not maintain control over native people through force alone. Therefore, they began to adopt advanced population management methods, including the classification of different populations in accordance with their supposed level of security risk. This is the first organizing principle of colonial bureaucracy: the systematic separation of populations, followed by the creation of separate governing practices for each group.

Another key tool used by the British was the restriction of movement. This was done through declaring closed military zones; administrative detentions; preventing passage from one colony or subdistrict to another; and permit regimes, which blocked, limited, and slowed the movement of the population. British surveillance systems turned not only policemen and soldiers into sources of control and intelligence, but also teachers, postal clerks, and medical staff.

One can recognize some of these colonial organizing principles in Israel-Palestine today. They are, of course, most strongly expressed in the privileged treatment of Jewish settlements on both sides of the Green Line — whether the kibbutzim and moshavim inside Israel, or the settlements in the occupied West Bank. 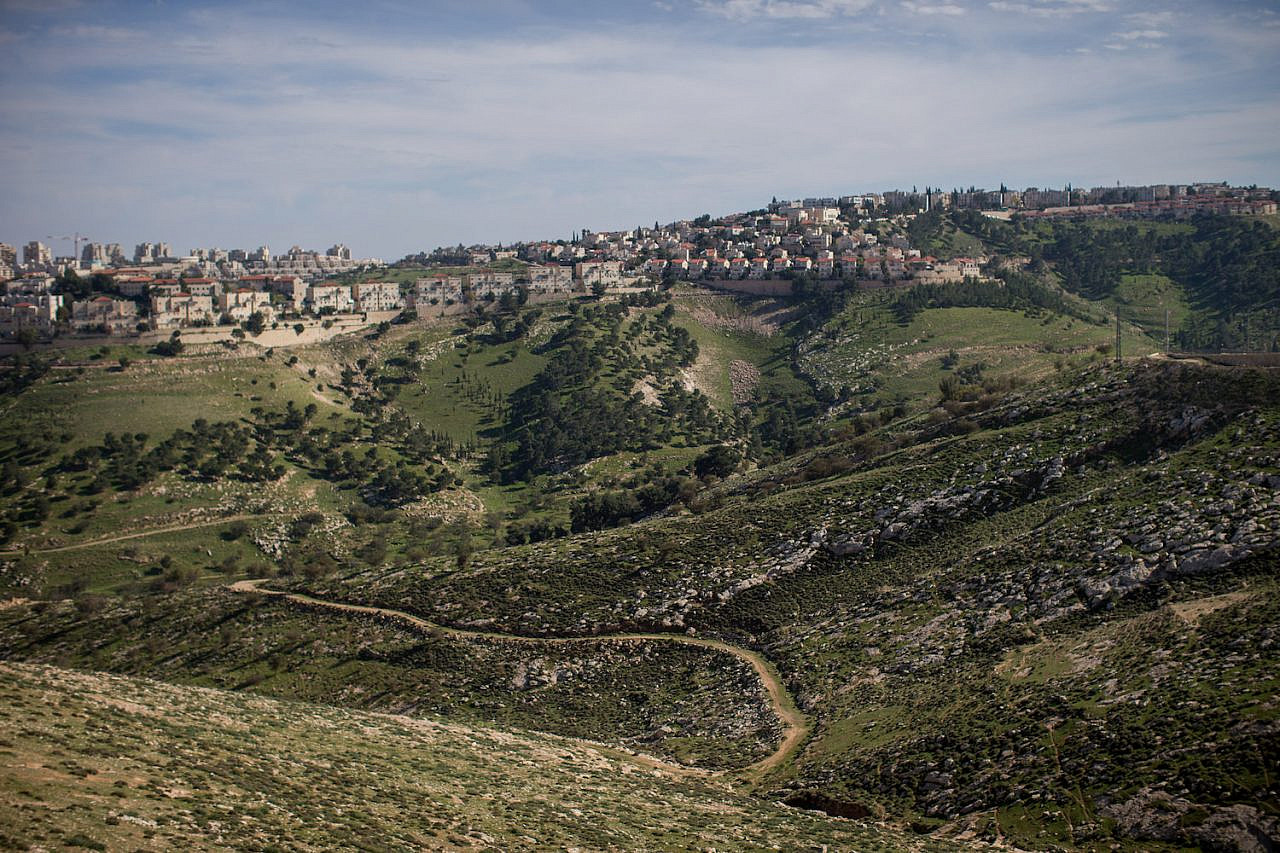 The first principle is racial hierarchy: initially between Europeans and natives, and later within Jewish population groups — Mizrahim, Ethiopians, Jews from former Soviet states — according to how “cultured” they are. The second principle is administrative flexibility, meaning the management by officials in the field, due to their proximity to the subject population, rather than by laws passed in parliament.

The third is secrecy. While most bureaucracies work with published laws, colonial bureaucracy uses secret laws, unknown decrees, directives, and internal regulations that even colonial officials don’t know about, cloaked under the guise of threats to security or “the order of the colony.” The fourth is personalization. A person’s identity determines the laws or the practices that will be applied to him — the exact opposite of equality before the law. The fifth is the creation of exceptions. This form of control is actually based on a collection of exceptions, which constantly change in a routine manner, as opposed to long-term planning.

Legacies of racial separation and partition

In Israel, the historical relationship between Zionism and British colonialism is usually considered through two prisms. The first is that of the final two years of the British Mandate, during which the three Jewish underground organizations — Haganah, Etzel, and Lehi — declared armed struggle against British rule to expel the occupiers, which the colonial authorities deemed “terrorism.”

The second prism through which the relationship is viewed is that of one of the main tools of the executive authority in Israel: emergency legislation. We tend to forget that both the construction of relations between Jews and Palestinians as one of racial hierarchy, as well as the 1947 Partition Plan — which sought to split Palestine between Palestinians, who made up the majority of the population at the time, and mostly Jewish settlers — were both born out of an imperial desire to manage the conflict while maintaining its control and influence over the region.

When the British Mandate came to an end, the newly established State of Israel adopted the (Emergency) Defense Regulations, enacted by the British during its rule, which grant extraordinary powers to Israel’s executive authority. In fact, a declared state of emergency has been in effect ever since the founding of the state.|

There is no doubt that these regulations are the beating heart of the Israeli regime, nor is there any doubt that their abolition is an essential step on the way to the establishment of a truly democratic regime. In practice, the Defense Regulations shaped how Israel’s first governments treated its Jewish opposition, but most importantly it shaped the military government that ruled over Palestinian citizens of Israel between 1949 and 1966, allowing the government to seize Palestinian land and property under the guise of “military necessity,” and prevent Palestinian refugees and internally displaced persons from returning to the homes that the state expropriated after 1948 as “absentee property.” 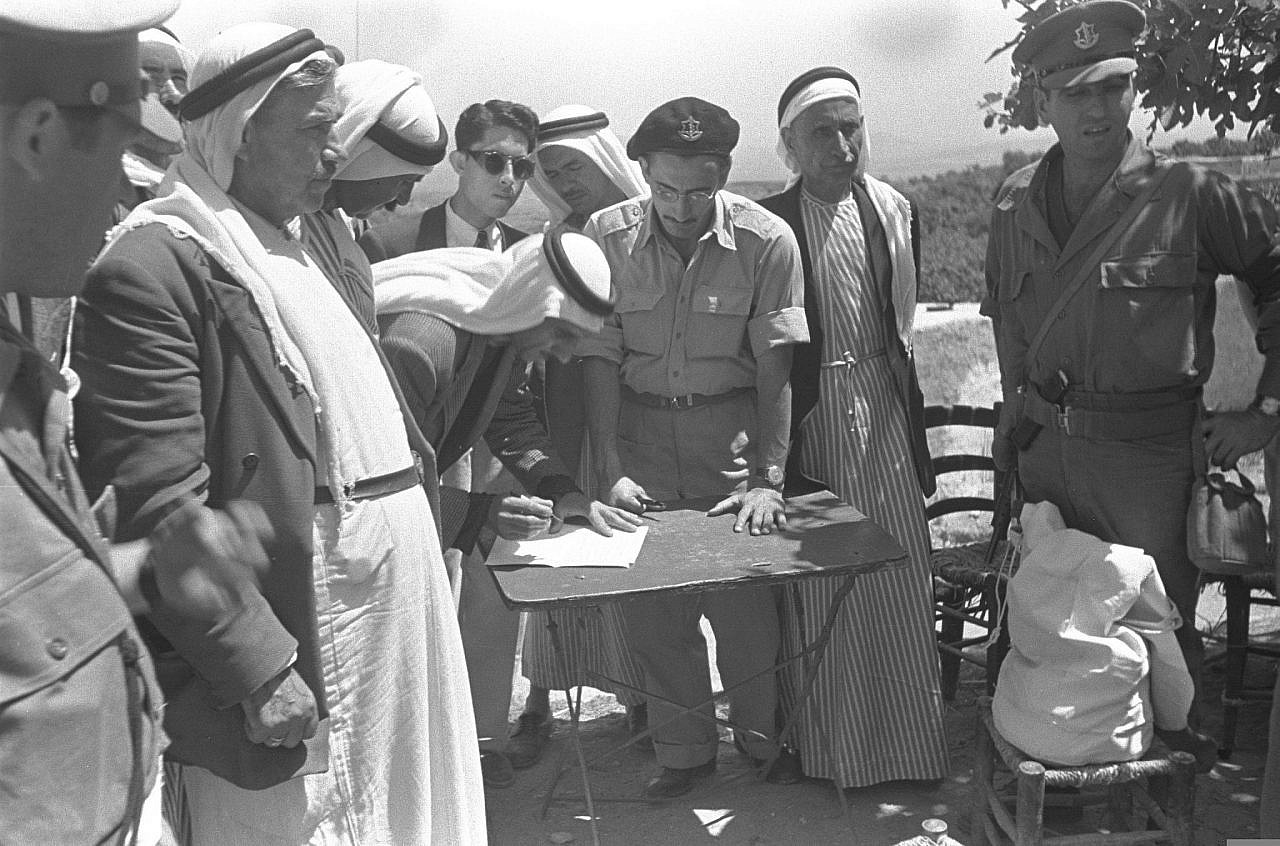 The village head of Umm el-Fahm signs an oath of allegiance in the presence of Israeli military government officials, transferring the village over to Israeli rule, May 20, 1949. (GPO)

The organizational infrastructure of the occupation is also based on the emergency regulations. While preparing military orders for a possible future military occupation in 1963, four whole years before Israel would come to control the West Bank, Gaza, East Jerusalem, the army cut out the words “His Majesty” as the ultimate sovereign in the region, and replaced them with “the military commander of the area.” Israel’s Supreme Court, far from questioning the existence of these regulations, has continually upheld their legitimacy and the military occupation that derived from it.

Israel’s anti-terrorism law, which was passed by the Knesset in 2016 and which contains broad and vague definitions of terrorism while entrenching many of these emergency regulations into law, turned British colonial legal tools that had been in use for 80 years into legislation. This same logic — which transforms any political risk into a security risk — was the motivation behind the decision by Defense Ministry Benny Gantz to declare six Palestinian civil society organizations as terrorist groups and try to have them shut down.

Queen Elizabeth II’s legacy is not only seen in Israel’s emergency regulations. It looms large over the Israeli regime’s obsession with separation and segregation of communities and its racial discrimination against native and “uncultured” groups living between the river and sea under a single government, without fixed borders of sovereignty. In that sense, even in her passing, the empire she represented is still very much with us.

Yael Berda is an assistant professor of sociology and anthropology at Hebrew University and a visiting researcher at Harvard Kennedy School. She is the author of 'The Bureaucracy of the Occupation' and 'Living Emergency: Israel's Permit Regime in the Occupied West Bank.'