Voters might be weary of Netanyahu’s decade-long reign, but the numbers show that the vast majority of Israelis remain consistent in their voting habits. 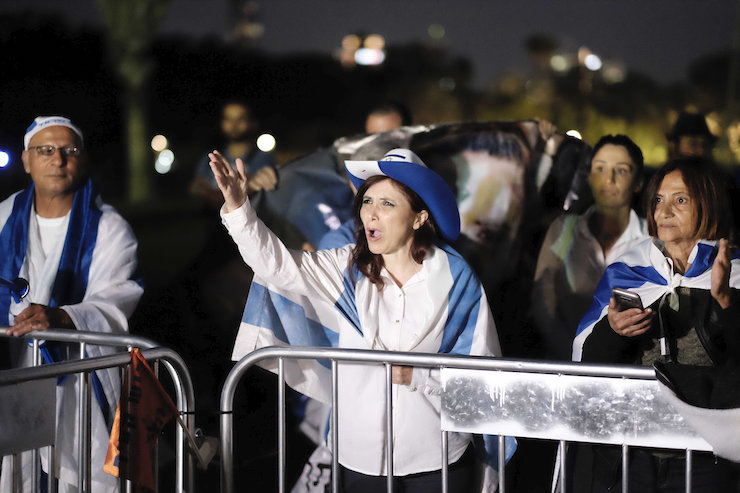 The cashier at an organic food shop in Tel Aviv was a burly man with a crew-cut. I asked if he had voted, but he didn’t understand the question. Then he explained in halting Hebrew that he had immigrated only nine months earlier from Russia. “I don’t understand Israeli politics,” he said. But he managed to convey one thing clearly: “Bibi, he’s been in power too long. I come from Russia, we have Putin. Too long. I don’t want Israel like Russia.”

Outside a ballot station in the city center, a 72-year-old woman named Dalia, who has always lived in Tel Aviv, was decisive: “I vote for Netanyahu, because there’s no one else like him – on security, on foreign relations, he’s a wonderful foreign minister.” With one eye on her grandchild, she added that Netanyahu is among the 18 people with the highest IQ in the world.

Do the corruption allegations bother her? As long as he hasn’t been convicted, she says she believes Netanyahu’s claim that the charges are baseless. The investigations are mainly due to the left-wing media. “They can’t tolerate when something good happens – they have to trip him up.”

Had he voted, the cashier could claim victory in Tuesday’s elections. Based on his assumed demographic group — most Russian-speakers from countries that were formerly in the USSR are firmly on the right — he is unlikely to be a left-winger. On Tuesday, a small percentage of right-wingers threw their support behind Avigdor Liberman, who had promised to prevent another Netanyahu-led right-wing religious government.

This is a tiny group: Liberman won 4 percent of the vote in April; with about two-thirds of the results published, he won just over 7 percent on Tuesday.

The 3 percent difference, however, will be significant; by the final tally, Liberman will have eight to 10 seats. Netanyahu had 60 seats for the right-wing bloc in April and needed Liberman to reach 65. Liberman’s additional seats make him the kingmaker: without him, Netanyahu cannot come close to the number of seats he needs to form a governing coalition.

Israelis who voted for the right wing parties in April but who decided this time that they were ready to end Netanyahu’s reign voted for Liberman. Any other right-wing Israeli who still supported Netanyahu remained with the far-right Yemina party, one of the two ultra-Orthodox parties, or – like Dalia – with Likud itself.

Netanyahu’s rivals in the Blue and White party appear to have lost a few seats from April, when they reached 35; projections now show the party at 32. But the size of the center, the Zionist left, and the Joint List (known collectively as the center-left bloc) hardly changed from April. The one factor that kept the bloc the same size was a stronger showing for the Joint List, which is projected to win either 12 or 13 seats.

The two-point rise can probably be attributed to higher turnout; only 49 percent of the Arab electorate voted in April. It appears that this number rose dramatically to 60 percent, which has made a big difference in maintaining the size of the bloc.

These two population groups, 3 percent from the moderate right (some of whom might have voted for Blue and White in April), and the newly re-energized Arab Palestinian citizens who turned out, are the driving forces behind what might lead to a change of government in Israel toward a right-centrist unity government between Likud and Blue and White in Israel.

The remainder of Israelis remained extraordinarily consistent, voting as they did in April. Despite musical-chairs for the parties, the size of the ideological blocs – in other words, counting Liberman on the right – has not changed.

The next government is not yet known, and the direction and extent of change under a center-right unity government is not known. It is clear, however, that the vast majority of Israeli voters did not change their minds fundamentally about their ideology and vision for the country. The largest portion are still right wing by their own definition. A new government would be a political change, but deeper social change appears to be much further away.