The Israeli establishment is in the midst of a pushback against efforts to change long-standing racist and suppressive practices. The increasing assertiveness of Palestinians demands for fairness and equality is met by increasingly explicit racism by Israeli elites. This is why long-held practices are being formally enshrined, rhetoric is becoming more blunt, and differences between Jews and any non-Jew (whether Palestinian or migrant worker) are increasingly highlighted. But how long can this last without tearing Israel apart?

I strongly recommend reading Ami Kaufman’s and Yossi Gurvitz’s takes on the “reception committees” bill before the Knesset. They clearly expose its racist intent to preserve Israel’s segregated communities. Jerry Haber’s analysis of the history behind these discriminatory practices is fascinating and an essential read. His reading of Israel’s dilemma is spot-on.

One thing that interests me about this issue is the question of change. On the one hand, there is a feeling that this bill is part of a broad pattern of change in Israeli society and politics, which are becoming more xenophobic and anti-democratic.  On the other hand, as Yossi’s post makes clear, it merely enshrines an already universally-accepted practice. And many of the other measures, which raise alarms among pro-democratic Israelis and friends of Israel abroad, share that trait.

Studying the Nakba (the disaster that befell Palestinian communities in 1948) has always been suppressed. Israel’s security apparatus has invariably been suspicious of dissent and criticism, especially when they come from Arabs. Throughout the country’s history, critics have consistently been portrayed as anti-Semites (or self-hating Jews) and traitors working in collusion with hostile foreigners. Even the deep hostility toward Non-Arab foreigners, mainly migrant workers and African asylum seekers, does not reflect any real change in policy. Since its inception, Israel has awarded refugee status to just 190 people (in 2008 alone, Greece accorded such status to 379 people).

I would like to argue that something has indeed changed, but that this change is not exactly as it seems. The Israeli establishment is in the midst of a pushback against efforts to change long-standing racist and suppressive practices. This is pushing to the surface attitudes and notions which have long been tacitly accepted, but are now made increasingly explicit. The rising heat of the rhetoric and gestures, in turn, exposes them to further attacks, creating a self-reinforcing cycle.

This process is driven by significant changes in Middle East geopolitics, which this post will attempt to draw with pretty broad brushstroke (unfortunately concealing some important nuances and distinctions). Like many other regions, the Arab Middle East has been shaped by the legacy of colonialism. The very concept of being an Arab, in the modern sense, has drawn a lot from both the colonial rulers, and from opposition to them.

The immigration of Jews was a particularly significant challenge to this national identity. The Jews had their own national aspirations, and over time, they proved to be much stronger than mere numbers would suggest. Palestinian nationalism was important in this context, but much weaker than Israel or the Arab states. With the decline of the Soviet Union, and the growing transition of the Arab regimes from populism to conservative authoritarianism, things began to change. Hitching their wagon to the rising American star, the Arab states forsook, formally or effectively, the conflict with Israel, without placing the solution of the Palestinian problem as a precondition.

This had several effects. Israeli society began to demobilize, and its Spartan ethos underwent a radical transformation, almost reversing itself completely, creating soaring socio-economic gaps. Palestinian nationalism no longer had the Arab states’ support, but that also meant it was less reliant on them. The Palestinian Diaspora was increasingly suppressed by the Arab states, which feared its destabilizing potential and no longer needed it as a proxy against Israel. The Palestinians, who were citizens of Israel, or residents of the territories it occupied in 1967, were until then, ironically, rather minor players in the Palestinian national struggle. Now, their centrality to the Palestinian struggle began to rise.

The internal threat takes over

It is their increasing political mobilization, after losing hope of being saved from outside, which shakes Israel to the core. As soon as they began to relax about an external threat, long perceived as existential, Israeli Jews now fear an internal one. The Palestinians inside Israel, and in the West Bank and Gaza, had long ago been defeated on the military level. As the first and second Intifadas prove, this success could be easily replicated.

But unlike the Arab states, Israel’s overwhelming military advantage over the Palestinians did not mean it could largely forget about them. It still had to rule them. Their increasing political activism and the disappearance of external threats as a distraction made this increasingly difficult. Cultural changes (such as the abovementioned demobilization and change in ethos) made sacrifices in life and resources, which seemed worthwhile in the past, much harder to bear.

There was once a time when Jewish Israeli elites (social, economic, cultural and political) might have had a chance of striking a bargain with Palestinian ones. In return for sharing wealth and power, they could have neutralized national tensions to some extent, at least for some time. The Jewish establishment did try some forms of incorporation, but generally it chose discrimination and marginalization. This was not that surprising, considering the bitterness and harshness of the bloody conflict.

The refusal to share had dramatic consequences for Palestinian politics. With no material benefits to offer their constituents, Palestinian leadership increasingly relied on symbolism and identity politics. Offered no compromise or concessions, they were radicalized. While socialism gradually disappeared from Jewish politics, it still remained strong among Israeli Arabs (though, interestingly, not among Palestinians in the West Bank and Gaza).

Israeli Jewish elites were trapped in the Palestinian populism they helped create. It became too late to buy off Palestinian elites, leaving the masses’ status unchanged. But redistribution that would substantially improve the influence and welfare of ordinary Palestinians would have much broader ramifications. The resources could not be taken from ordinary Jews without destabilizing the whole system. And if Jewish elites would share with Palestinians, how could they justify not sharing with their fellow Jews?

The only recourse left for the Israeli establishment is to sharpen national differences and accentuate conflict. And this is what we are seeing right now. The increasing assertiveness of Palestinians demands for fairness and equality is met by increasingly explicit racism by Israeli elites. This is why long-held practices are being formally enshrined, rhetoric is becoming more blunt, and differences between Jews and any non-Jew (whether Palestinian or migrant worker) are increasingly highlighted.

This is a dangerous game. Palestinians are radicalized and their expectations rise, but their aspirations are ever more rudely rejected. Right now, they have too much to lose from a conflict that will surely result in their defeat. But how long will this cool reasoning prevail? Israel’s unavoidable victory will be purchased at a significant cost, which Israeli elites are much less willing to pay than in the past, when their identity was built on sacrifice and resilience, rather than prosperity and leisure.

Meanwhile, the battle erodes the internal cohesiveness of Israel’s Jewish community. The broad public has completely bought on to hard-line xenophobic rhetoric. The prospect of international isolation only reinforces their suspicion and hate. Most of the elites, despite some distaste, are willing to endure this climate for the sake of preserving their privileges. But some members of the Jewish Israeli elites draw too much of their cultural and economic capital from abroad to be indifferent. Even a modest deterioration in Israel’s global image could have a significant effect on them.

Right now, they can still escape the dilemma, relying on backing from the US and blindly loyal Jews abroad. But there is only so much risk they can take. They would rather avoid it entirely, but the problem is that they have no alternative to offer. They are not willing to dismantle the present system and redistribute resources to non-Jews, Palestinians and unprivileged Jews. Tempering down xenophobic gestures would only create more room for demands for justice.

This is the real background for the collapse of the so-called Israeli “left”. It is the faction of the Israeli elite that tried to escape the dilemma by seeking the bargain they might have sold to the Palestinian elites long ago, but has proved to be too little, too late. Now, they are stuck on the train, noxious from the ugliness, fearful about the destination, but increasingly too powerless and too clueless to change course. 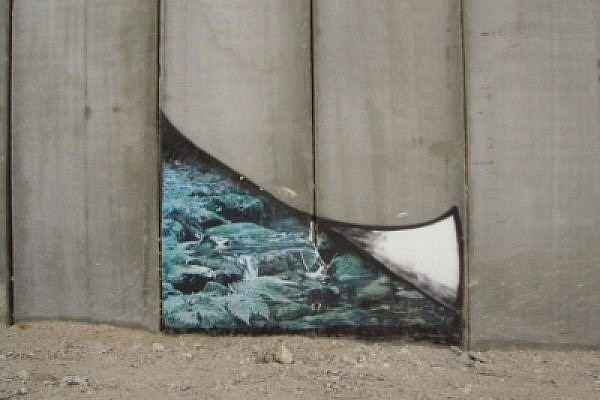 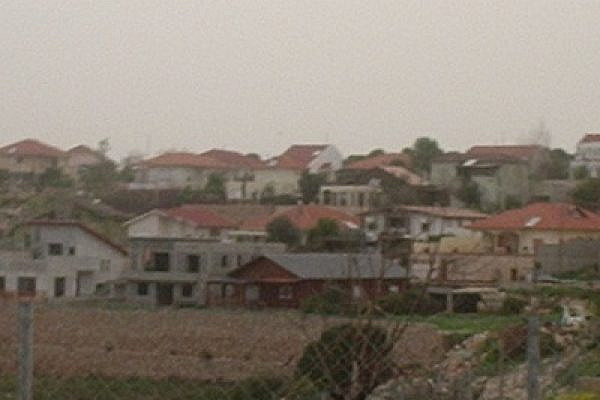 Israel builds town to ensure “the Arabs won’t rear their heads”
The State of Israel is building a town in the country’s north. Its purpose: to make sure “the Arabs won’t rear their heads” and to “put them in proportion.” Anybody objecting to this goal should “go live with the Palestinians” and is “harming Israel’s security.” Last week, the Knesset passed a bill that legalizes “acceptance…
By Roi Maor March 28, 2011 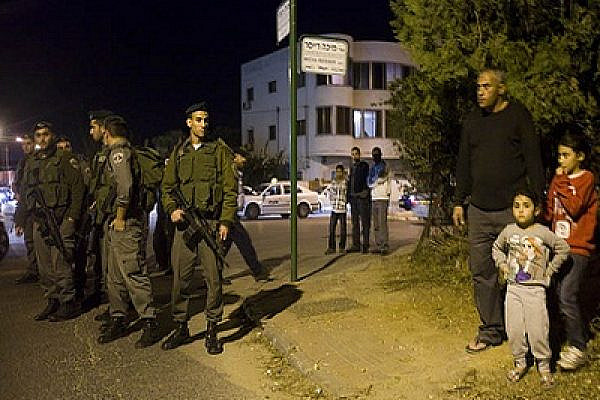 Knesset passes segregation law
The Knesset passed a segregation bill today. Palestinian Israelis are not allowed to live in Jewish localities built on land confiscated from them. Government policy also makes sure they cannot build on the little private land that was left in their ownership. How long can Jewish Israelis continue pretending that Palestinians do not exist? In…
By Roi Maor March 22, 2011