People next to a mural showing Al-Aqsa Mosque compound and Jerusalem's Old City, on the separation barrier between Jerusalem and the West Bank city of Bethlehem, April 18, 2022. (Wisam Hashlamoun/Flash90)

What would it look like to begin dismantling Israeli apartheid? Of all places, the answer came this week from none other than Benjamin Netanyahu.

As part of his strategy to sabotage the Bennett-Lapid coalition that ousted him from power last year, former prime minister and now-opposition leader Netanyahu has instructed his Likud party, along with his right-wing allies, to oppose any and all legislation put forth by the government — even if that means voting against laws that hold together the foundations of his own political vision and legacy.

On Monday night, the target of this obstructionist strategy was an emergency regulation that formally applies separate legal systems to Jews and Palestinians living in the occupied West Bank. It is at once both the public face and the hidden infrastructure of apartheid, a key pillar of the military regime which Israel has operated for over five decades. But that evening, the Knesset voted 58-52 to not extend the regulation, which is set to expire at the end of this month.

The political crisis over the law does not in any way signal the imminent demise of apartheid; there is plenty of time in the next few weeks for the government — or the opposition — to find a way to renew the regulation. What this crisis does do, however, is demonstrate just how inconstant and even fickle the legal foundations of apartheid can be. That, in turn, can offer the beginnings of a vision for dismantling it.

Where do we begin?

First passed into law in 1967 and renewed every five years since, the regulation gives Israeli civilian courts and authorities jurisdiction over any Israeli citizen, as well as Jews who are not citizens, in the occupied West Bank. In contrast, Palestinians in the same territory are subjected to Israeli military law and are not granted the same rights and protections. Palestinian Muslim women cross the Qalandiya checkpoint, outside of the West bank city of Ramallah, to attend Friday prayers of the fasting month of Ramadan at Al-Aqsa Mosque compound in Jerusalem, April 15, 2022. (Flash90)

Israeli apartheid is of course far broader — both in its mechanisms and its reach — than the dual legal systems enshrined by this specific law. But it is those separate and unequal sets of laws which enable settlers to live just like they would inside Israel’s pre-1967 borders, despite technically living in a foreign land ruled by a military dictatorship.

Without it, the settlers would be ineligible for the most basic services, including health insurance and social security, the right to have an Israeli driver’s license, the right to self-govern on a local level, the right to protest, and even the obligation to serve in the military. For everything ranging from traffic tickets to more serious criminal charges, settlers would be subject to military law and dragged before military courts. In other words, they would have virtually the same legal status as Palestinians living under occupation.

To be clear, there is almost no chance that these emergency regulations will be allowed to expire. Netanyahu’s obstructionist strategy is designed solely to bring down the current coalition; if he succeeds, a new government — presumably led by him — would likely pass the emergency regulations as its first legislative act. The consequences of letting the law lapse would simply be too catastrophic for the mainstream Zionist norms built on the legal, political, economic, and social supremacy of Jews between the Jordan River and the Mediterranean Sea.

Nonetheless, the political drama around the law does offer a teachable moment. While Israeli apartheid is the product of decades of Zionist thought and an instilled settler-colonial mindset — not to mention brute force — it is also an amalgamation of discernible laws, policies, and regulations. Unlike political ideologies or social psychologies, which must certainly be addressed, the legal and administrative infrastructures of apartheid are only as stable as the political will to sustain them. That is to say, if the political will to dismantle apartheid ever existed, there are tangible and immediate steps with which to begin. 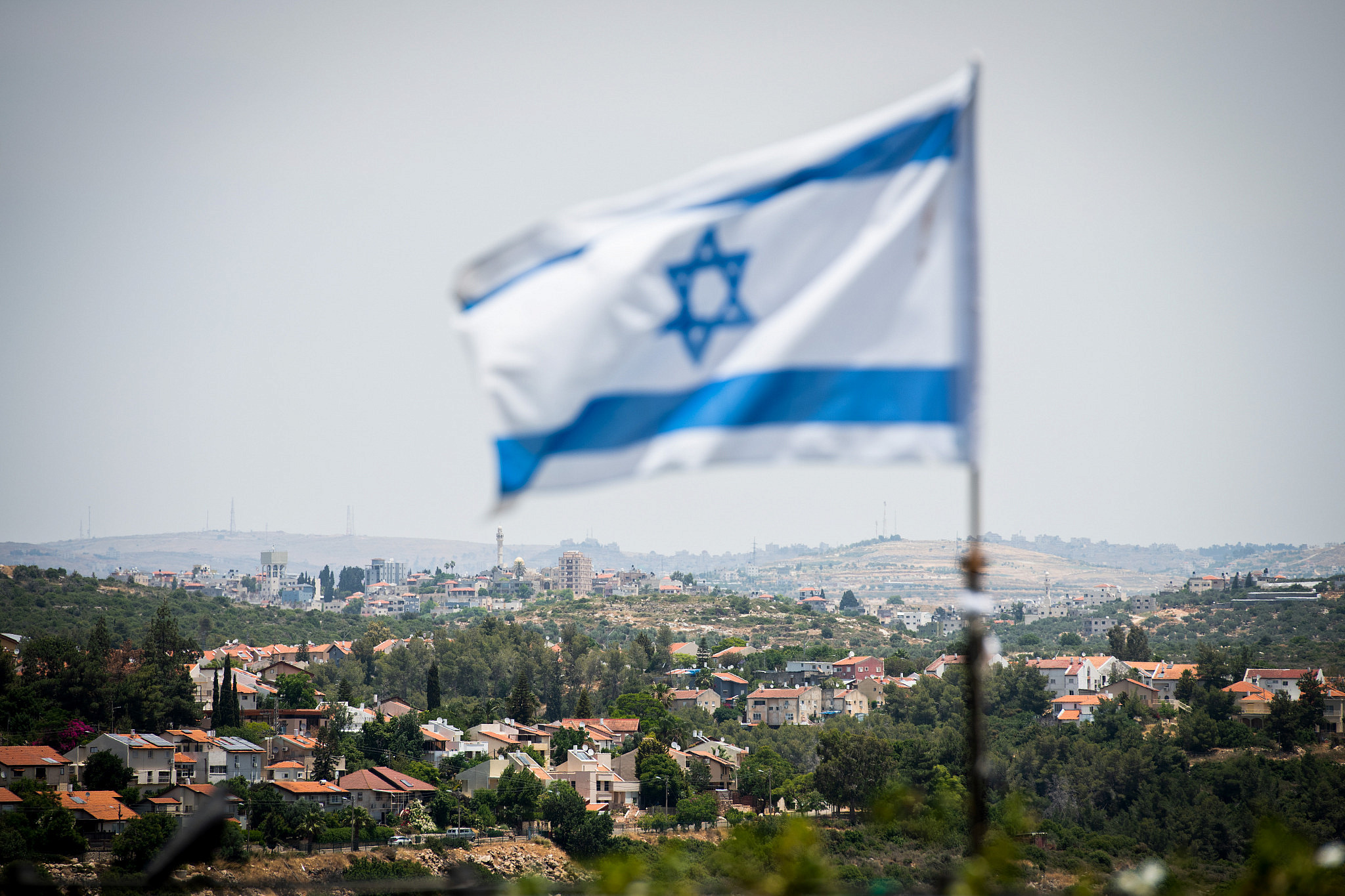 General view of the Jewish settlement of Karnei Shomron, in the West Bank on June 4, 2020. (Sraya Diamant/Flash90)

For example, there already exists a database of laws — collated by the legal center Adalah — which discriminate against Palestinians within Israel’s 1948 borders, even those who are citizens of the state. Such a database will serve a crucial role in taking down the building blocks of apartheid: it provides a blueprint of what must change, mapping out exactly what is racist and discriminatory in the existing legal system in order to guide the creation of a more, egalitarian and democratic system.

In the areas under Israeli military rule, it can be more difficult to know exactly where or how to start dismantling the oppressive legal infrastructure. Ending the occupation is undoubtedly a goal, but what would that look like in practice? Does it mean simply withdrawing the occupying troops? Would ending the occupation necessarily end apartheid?

That is where the emergency powers law comes in. It has long served Israel’s interests to lower the profile of the legislation and mechanisms that make up its regime. Even in the days when there appeared to be a political or diplomatic path for ending the occupation, which would ostensibly answer its most undemocratic and apartheid-like attributes, the international community hardly if ever focused on the system’s legal pillars.

“[Israeli] politicians on the left and the right renewed the [emergency] legislation so that its existence would be overlooked,” Tovah Lazaroff, deputy editor of The Jerusalem Post and the paper’s former settlement reporter, wrote recently. “It remained outside of the domestic political and international debate that often dominates every action in the West Bank.”

However, Lazaroff added, “If the status quo continues, it is likely that the next battle to renew the bill won’t be between the government and the opposition, but between Israel and the international community.” 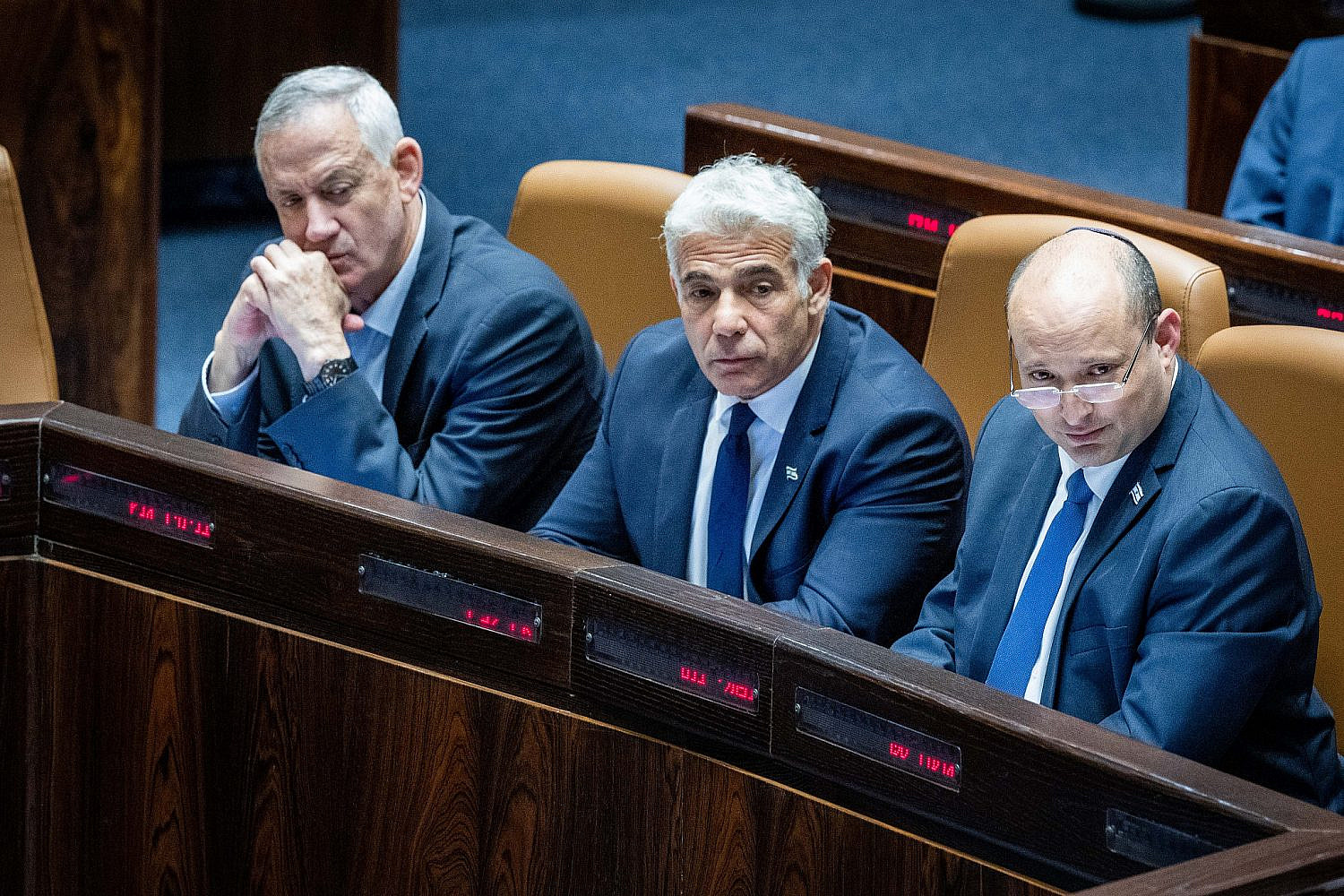 This is exactly what supporters of the Israeli regime fear most. Without even a semblance of a peace process, and without an Israeli government remotely interested in engaging with the idea of Palestinian statehood, members of the international community are increasingly recognizing and adopting apartheid as their frame of analysis, transforming the question of Palestine from a perceived conflict between two nations to one of an undemocratic state’s refusal to treat equally all the people under its control.

Even worse, these Israel advocates believe, would be if the international community began making concrete demands to transform the state from an apartheid regime to a democratic one. Dismantling the separate and unequal legal systems in the West Bank could be such a step — and the law currently pending on the Knesset floor could be a start.

Canceling laws like the emergency regulation would not automatically end the discriminatory nature of the regime. It would, however, demonstrate that practical steps for dismantling apartheid are indeed possible. Just as significantly, the legal vacuum and political chaos it would leave behind would force a far more sober and urgent debate — both within Israel, among Palestinians, and in the international community — about what an acceptable system of government between the river and the sea could look like.