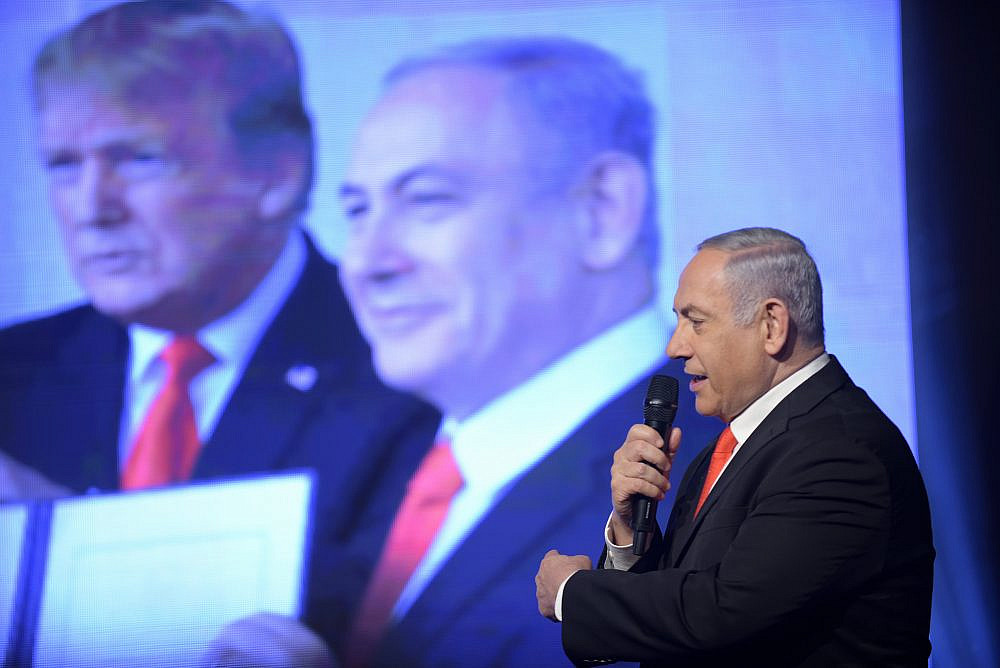 U.S. President Donald Trump, alongside Israeli Prime Minister Benjamin Netanyahu, unveiled his “Deal of the Century” at the White House on Tuesday. While many observers focused on the dubious timing of the plan’s release — which coincides with the political and legal hot-water that both leaders are embroiled in — the question of timing misses the point on what the plan itself is meant to achieve.

For years Israel has backed itself into a morally and politically unjustifiable position regarding its occupation of the Palestinian territories. Now, Israel is turning to the U.S. to help defend it. The country’s relentless pursuit to settle its Jewish citizens across the West Bank has precluded any chance of partitioning the land into two independent polities, leaving millions of Palestinians stateless and living under an interminable military regime, with no civil or political rights.

As such, Trump’s “deal” is designed to support Israeli sovereignty over the entirety of historic Palestine, while allowing it to absorb the portions of territory it deems most desirable. The most Palestinians are offered is limited autonomy over an archipelago of ghettoized enclaves. Knowing the Palestinians would unquestioningly reject this, it was clear from the outset that this was never intended to be a peace plan, but rather a position paper masquerading as a diplomatic initiative. Put bluntly, the plan is an endorsement of the indefensible by the world’s most powerful state.

What Israel’s territorial maximalists have always lacked, however, is a clear plan for how to reconcile keeping the land while maintaining the permanent disenfranchisement of the vast majority of the land’s inhabitants. Most observers — including many Israelis — recognized this long ago as a recipe for an apartheid state, with millions of people living together unequally based on their ethno-national affiliation. That apartheid state is precisely what has arisen, especially as non-Jews now constitute the majority of the population under Israeli control. 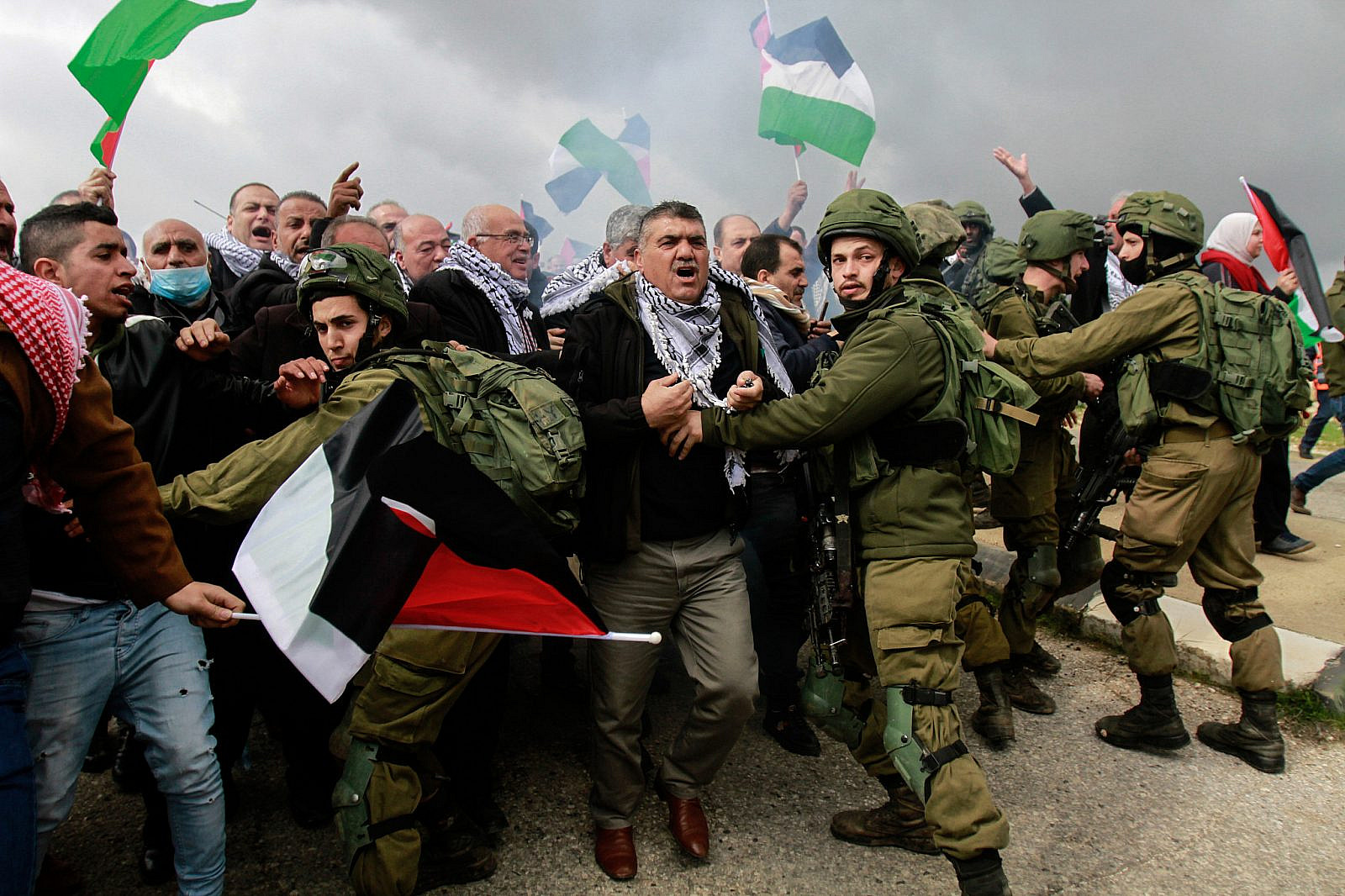 It is therefore difficult to understand how, in 2020, Israel can make the case for a system of governance that was globally repudiated when it existed in South Africa just a few decades ago. This is even more perplexing given how laughable recent attempts by Israeli officials have been to justify that system.

In 2017, for example, Israeli parliamentarian and minister Bezalel Smotrich of the Jewish Home party released his “Decision Plan,” in which he advocates for total annexation of the West Bank. Smotrich argued that this would not amount to apartheid, only a form of democracy-minus. “Israeli sovereignty can be applied to all areas of Judea and Samaria [the West Bank] without granting the Arabs living there the right to vote for the Knesset on the first day and still remain a democracy,” wrote Smotrich. “Not perfect, but democracy.”

Smotrich went on to offer a choice to the Palestinians under Israeli control: either stay as residents without equal rights to Jewish citizens, or abandon their homes and leave the country — what one Israeli journalist termed a “surrender-or-transfer ultimatum.” In either case, Smotrich argued, the Jewish state must remain intact at all costs, even if it means developing new civil, legal, and democratic structures to accommodate a system of racial segmentation.

This outrageous plan does not seem like madness inside Israel, where radical political behavior free from consequences has been the norm for decades. Today, Israeli officials across the political spectrum are openly calling for some form of annexation of the West Bank, knowing that they have the full backing of the White House.

This environment has produced a generation of politicians from groups like the New Right party who — without any sense of irony — advocate for a system of Jewish supremacy, quipped last year that fascism “smells like democracy,” and have nothing but disdain for liberal democracy. They have attacked Israel’s democratic institutions, free press, civil society, and judicial system. These processes culminated with the enactment of the Jewish Nation State Law in July 2018, which asserts that Jews have the exclusive right to self-determination on the land controlled by the State of Israel.

Still, there are others in Israel that are aware of their country’s troubling path. Some have unsuccessfully tried to convince their compatriots to change course before it is too late. Others know that annexation entails apartheid but have no interest in stopping it. In the meantime, they say, the best option they have is to seek international endorsement for annexation, even if it comes in the guise of a U.S. “peace deal.” It is little wonder, then, that a host of Israeli political figures — including the main contenders in Israel’s upcoming election, Netanyahu and Benny Gantz — were in Washington this week to endorse Trump’s plan. 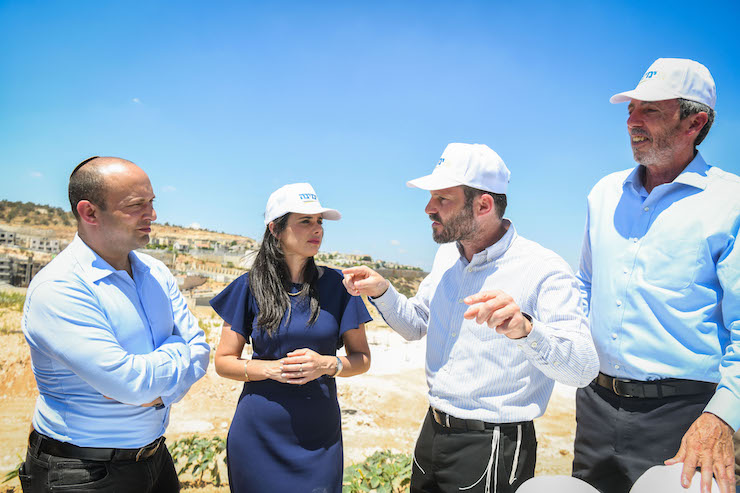 Yemina members Ayelet Shaked, Rafi Peretz, Naftali Bennett and Betzalel Smotrich seen during the launch of a housing plan at the settlement of Elkana ahead of the Sept. 17 election, on, August 21, 2019. (Ben Dori/Flash90)

Up until now, this scenario was widely considered to be an unlikely possibility. While past American governments have shielded Israel in the international arena, and even supported Israel’s “right” to keep its settlement blocs in the event of a peace agreement (despite their illegality under international law), none have flat-out endorsed the legitimacy of Israeli settlements or the principle of keeping land conquered in war.

The Trump administration, however, has done exactly that, including by recognizing Israeli sovereignty over the entirety of Jerusalem and the Golan Heights, and rejecting the notion of the settlements as illegal under international law. It is no coincidence that the three American officials tasked with developing Trump’s plan — his son-in-law Jared Kushner, Ambassador to Israel David Friedman, and former envoy Jason Greenblatt — are long-time advocates of Israeli settlements and the ideology underpinning them. They now appear to be using their positions within the U.S. government to sanctify Israeli territorial maximalism, and are doing so with near-complete coordination with Israeli right-wing leaders and advocates of a Greater Israel.

Israel will soon have to defend the creation of its sui generis apartheid state. Having the U.S. by its side is a big step in that direction. This is further aided by the weakening of the liberal world order, the hollowing out of international institutions and international law, and the complete breakdown of Palestinian national politics. It is difficult to predict how far the international community, in its current state of flux, will be willing to defend the principles on which it has organized itself since the end of World War II.

One thing is for certain, though: we are entering a new stage in this conflict that will shift away from a struggle over territory and sovereignty to one defined by the fight for equality and civil rights. It is likely that at this stage, countries around the world will be forced to reassess their positions and choose sides. The Trump administration has already done so.