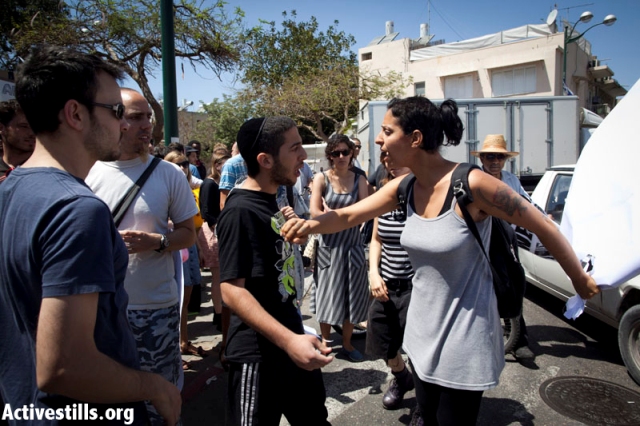 Haim Mula, a resident of the Shapira neighborhood in south Tel Aviv who was arrested last April in connection with the nighttime arson attack of several African asylum seeker homes and one kindergarten in his neighborhood, has signed a plea bargain that exempts him from jail time.

Mula, 20, was originally accused of committing the attacks himself, admitted only to having prepared the firebombs for the actual arsonist, an offense for which he is expected to receive only a few months of community service and no jail time. It will be up to the court whether to approve this fairly light punishment for Mula’s contribution to the creation of what the original indictment called “homes turned furnaces.”

The day after the Molotov cocktail attack on asylum seekers’ houses, an anti-racism demonstration was held in Shapira. Several local youths attacked demonstrators. One of them, seen in this picture in the center, turned out to be Mula, the main suspect in the arson case. The prosecution says the police have not been able to determine the identity of the actual arsonist, and that Mula refuses to cooperate and give the name of his accomplice.