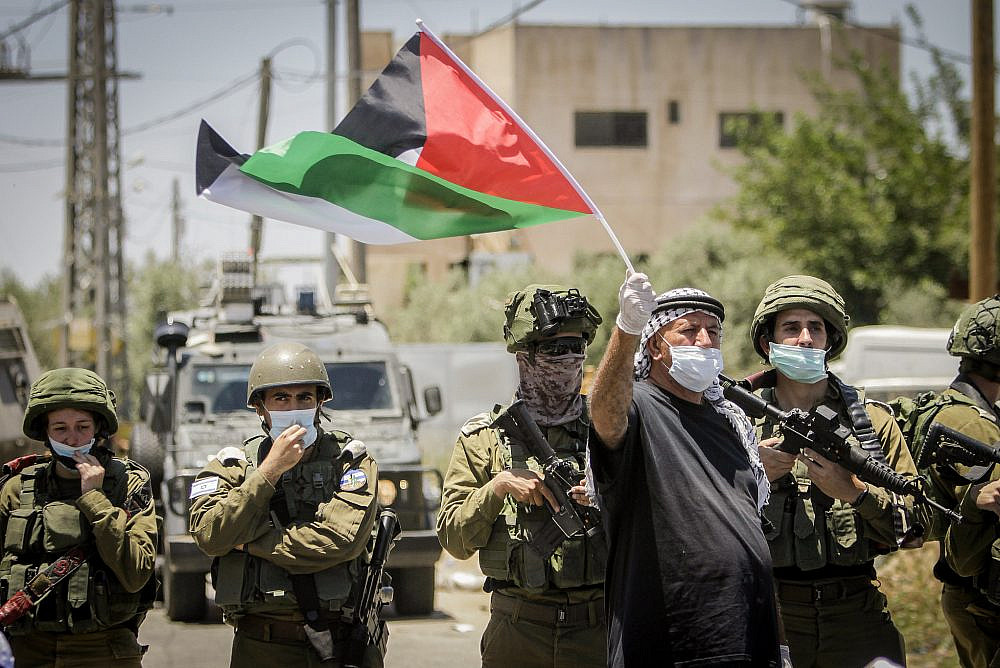 Tareq Baconi, a Palestinian political analyst, sees few reasons for optimism about the outcome of the annexation debacle — whether it comes to pass or not. Like many other experts, Baconi doubts the Palestinian Authority’s ability to stop annexation, and worries that even if de jure annexation does not take place, the European Union will heave a sigh of relief and go back to ignoring Israel’s “creeping annexation” of the West Bank.

The only good thing that can come out of the current state of affairs, says Baconi, is the transition from a Palestinian struggle for independence and a state of their own, to an anti-colonial struggle.

Born in Jordan, Baconi is a British citizen who currently resides in the UK. He serves as an analyst for the International Crisis Group — a think tank that focuses on conflict resolution, founded by former advisor to President Bill Clinton, Robert Malley.

Baconi has a PhD in International Relations from King’s College and is renowned as an expert on Hamas. In 2018, he published “Hamas Contained: The Rise and Pacification of Palestinian Resistance,” which looked at how the Islamic movement has changed in the last years.

What can Palestinians do to stop annexation?

“Palestinians have done everything to warn against annexation ­­— including calling for international support and annulling the Oslo Accords. I don’t think these have been very significant.

“What may be able to affect change is American support. Right now, it is clear there is a green light from the United States. The question for the United States is not whether annexation will or will not happen, but how it will happen. The Jordanians and Egyptians can also have an impact. These are all external forces. The Palestinians don’t have any power to influence. This is why they are turning to the international community and the International Criminal Court.”

Can the Palestinians influence the Jordanian position?

“The Jordanian position [on annexation] is clear. If it works, that’s a good thing, but the Palestinians can’t do much about it. The way Jordan acts depends on the size of annexation. If Israel annexes only the settlement blocs, the response will be quiet. If annexation is broader, the situation will be different.”

Could it lead to the annulment of the Israel-Jordan peace agreement?

The Jordanians are worried about annexation from an existential perspective. I do not envy their position. It’s not just about annulling the agreement: cancelling the natural gas deal, for example, would have a severe impact on the Jordanian economy. But if the Jordan Valley is annexed, [the Jordanians] probably won’t have a choice. It also depends on the level of harm done to Palestinians — whether they’re expelled from their land, whether they’ll be forced to go to Jordan.”

Isn’t the dismantling of the Palestinian Authority a threat to Israel?

“In my view, the dismantling of the PA is low down on Israel’s list of considerations. Israel is not planning to take responsibility for the Palestinian territories. I also don’t think that the PA is going to collapse, but annexation will change how we think about self-rule. I believe Israel has already planned extensively for the weakening of the PA.”

What can the European Union do?

“I’ve run through a lot of ideas with people in the EU. Theoretically, the EU can stop annexation. They can apply economic pressure on Israel. But in reality, I don’t think that they’ll do anything meaningful. The tools they can use — recognizing a Palestinian state, sanctions, differentiating [between product from the occupied territories and those from within the Green Line] — aren’t deterrents. And the Israelis know that.

What is Egypt’s actual position? They’ve been less outspoken on the issue than Jordan.

“Egypt’s role depends on the regional response. Their situation is seemingly similar to that of Jordan — they have a peace agreement with Israel — but the country is more shielded from annexation than Jordan is. Egypt has less influence over the matter and is also more involved with Israel on a range of issues. Unless there is a forceful regional response [to annexation], Egypt will be more aligned with the Gulf countries — formal condemnation with no action. Egypt’s ambassador to Israel might be recalled, the Israeli ambassador to Israel will be sent back in return, but no more than that.”

So you don’t see any way to stop annexation.

“Annexation is already happening, de facto. I’m fairly pessimistic. Prime Minister Benjamin Netanyahu is in an impossible situation. This is about his legacy. It’ll be very difficult for him to go back on it.

“His dilemma is that if he only annexes the settlement blocs, it will be easier [on him] from an international perspective, but it’ll be bad for his legacy because the expectation of the Trump plan is for him to approve a Palestinian state, even one as truncated and unlikely as the plan sets out.”. If he annexes the Jordan Valley as well it will create extra difficulties for him, but will leave him with a greater legacy — he will have taken a Palestinian state off the table.”

What will be the immediate impact of annexation?

Many say that annexation will weaken the PA and strengthen the Palestine Liberation Organization, as well as Palestinian leadership in the diaspora.

“This is already playing out now. The PA’s leadership will find it hard to claim that they’re an intermediary step toward a state. But it’s not guaranteed that there will be pressure to dismantle the PA. 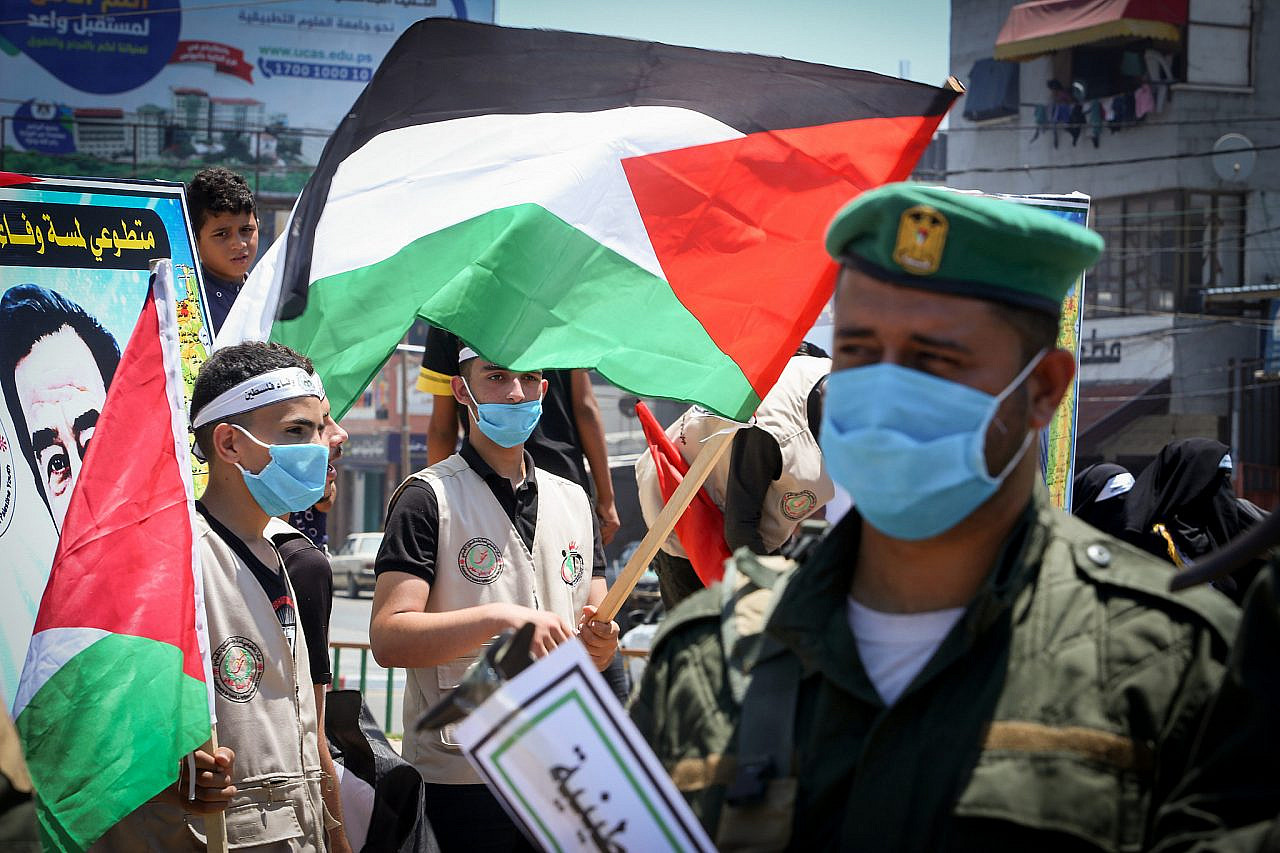 “I foresee clashes with the occupying forces, economic hardship. Hamas will likely fire more rockets and, if there is more instability, might be able to re-establish an institutional presence in the West Bank. But the main shift will be from popular support for building a state to an anti-colonial struggle. This process will accelerate, with or without annexation.”

I’ve heard this idea a lot. Why are things going in this direction?

“Opposing apartheid is the only likely way this struggle can go. We can see signs of this happening. It’s happening in the [Gaza] return marches that started as a popular movement, and which Hamas co-opted. We can see it in the return marches in Israel, Jerusalem and diaspora refugee camps. The Tel Aviv demonstration [to mark 53 years of occupation] was also a sign that things are changing. We still have no African National Congress, because the PLO remains committed to the state-building project for now, but it’s clear that the two-state solution’s time is up.”

And what will happen if annexation doesn’t go ahead? Will we return to the old status quo or will a new situation emerge?

“I’d be happy if annexation didn’t happen, because it’s detrimental to Palestinians. Nonetheless, if annexation doesn’t take place, the EU will breathe a sigh of relief and go back to the two-state model. That risks Israel’s process of colonization proceeding without a response. People will think that the status quo doesn’t include the theft of Palestinian land, and it will be allowed to continue.”

“Many interesting developments are happening in Israel. Internal divisions within the right are coming out. But we shouldn’t exaggerate the discord in Israel. There aren’t significant differences between Benny Gantz and Netanyahu. There’s hope that just talking about annexation will reveal Israel’s real direction of travel to those who weren’t sure prior to this. Sadly, I don’t see that happening.”

A version of this article originally appeared in Hebrew on Local Call. Read it here.

Before you go…
A lot of work goes into creating articles like the one you just read. +972 Magazine is nonprofit journalism, owned by many of our writers, editors, and journalists. In order to safeguard that independent voice, we are proud to count you, our readers, as our most important supporters. With your support, we can keep +972 Magazine a strong, independent, and sustainable force helping push the global discourse on Israel/Palestine.
DONATE
More About Local Call 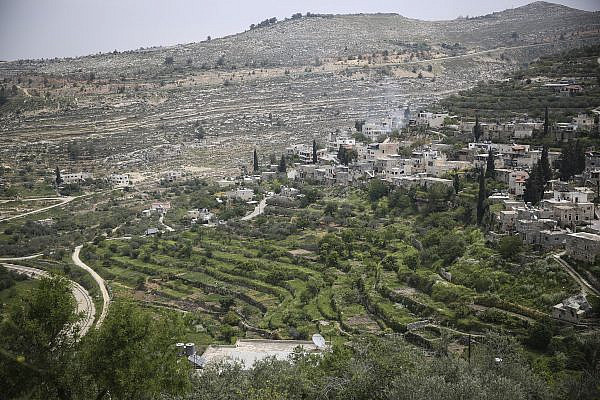 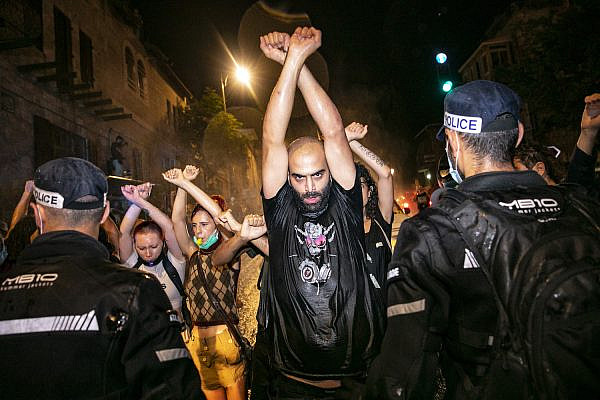 Why are Palestinian citizens staying out of the anti-Netanyahu protests?
Jewish Israelis are only now waking up to the neglect and racism that have long defined our reality.
By Yaser Abu Areesha July 24, 2020