DJ and Producer Ewan Pearson: “Musicians are not ambassadors with carte blanche to go where we like as we’re spreading an implicit  message of love. Too damn easy.” 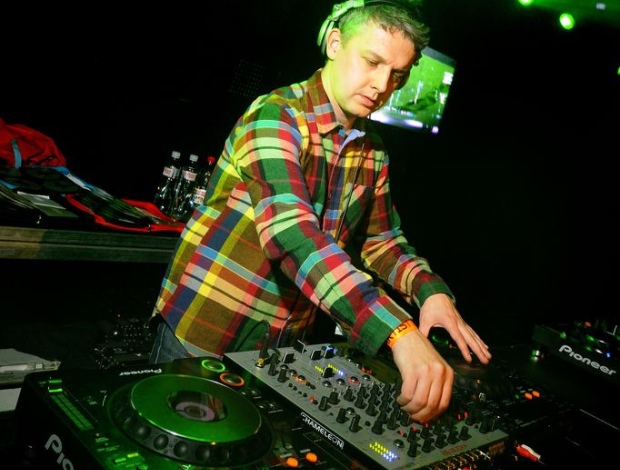 Last March, following a gig he gave in a Tel Aviv club, JD Twitch of Optimo posted this Tweet:

Such warm people in Israel. Great times! Thought long & hard about going but so glad I did. Daniel Wang nails it –http://tinyurl.com/5wel9ha

The link is to a text by DJ Daniel Wang from Berlin, who wrote in 2004 a long personal article is support of performing in Tel Aviv. His basic argument was that “music transcends national borders.”

@JDTwitch not convinced by Wang. It’s not the place to discuss here, but I wonder what changed your mind. I still won’t / can’t go.

@ewanpearson @JDTwitch I agree with JD. When you meet some of the people there, you’d quickly change your mind. Most don’t agree w/ the govt

To that Pearson answered:

@joakim_bouaziz @jdtwitch and solidarity with the Palestinians. Crude and frustrating as it is a boycott is the only way I can do anything.

If you follow Pearson’s Tweeter feed, you won’t be surprised by his position; he seems to be more well-informed and political than others in his field. Following the exchange, Pearson promised to explain his positions regarding Israel/Palestine in more detail. Last month, he published this article on Groove magazine (which led to another Twitter debate over Israel, this time with DJ Kirk Degiorgio). Pearson even cites Haaretz’s journalist Gidon Levy:

Groove Column: on not DJing in Israel (April 2011)

A funny old day on Twitter. A quick message applauding Beatport’s donation of a day’s profits towards Japan’s relief effort is re-tweeted a hundred times. Simultaneously, I am arguing with friends about the ethics of DJing in Israel. When the earth buckles and the seas surge victims quickly have our sympathy. But with political disasters it’s much trickier to find a consensus. Some kinds of solidarity are easier than others.

I have always quietly turned gigs in Israel down, appalled by the accounts I’ve read of the Occupation, the mistreatment of its Palestinian population and recently the blockade on Gaza. The systematic manner in which one set of citizens is being de-humanised parallels the South African Apartheid era when I first heard music and political protest linked and became aware of musicians refusing to travel in order to draw attention to a political situation.

But music transcends politics doesn’t it? Not at all. If music is of and about the world it has to engage it. Musicians are not ambassadors with carte blanche to go where we like as we’re spreading an implicit  message of love. Too damn easy. Sometimes we have to say tougher and less palatable stuff, in this case that the actions of a purportedly democratic government in the name of a decent people are doing them massive harm, and the rest of us too as we sit idly by.

Art and politics at their best are about imagining yourself in someone else’s place, trying to feel what someone in quite different circumstances is experiencing. This is where solidarity comes from. I have more in common with a left-leaning cosmopolitan raver in Tel Aviv than a Palestinian in the occupied territories, but to go there and DJ is to say the status quo is fine, that it’s OK to forget about what’s happening for a moment. To paraphrase Israeli journalist Gideon Levy, it’s buying an alcoholic friend a bottle of scotch when you should be phoning AA.

House music’s most famous political message – that one day the oppressed will be emancipated and find the Promised Land – is derived from the Torah, from the laments of Jews exiled in Egypt and Babylon. Today it seems more appropriate to the plight of their Palestinian brothers and sisters. Until that’s no longer the case, I have to write stuff like this over playing records, smiling and telling everyone “It’s Alright”.

A couple of weeks ago, Pearson posted this article on his website, adding this paragraph, in which he expressed his full support of the BDS movement.

Above is the original text that was published in Groove magazine this month. I avoided referring to the Boycott Divestment and Sanctions (BDS) movement;  the campaign since 2005 to boycott cultural and academic exchange with Israel while the occupation and discrimination against Palestinians continues. This was a mistake. By doing so I suggested that the decision to go to Israel or not should be a matter of individual conscience, made on a personal basis in isolation. It isn’t and it shouldn’t be. The fact is that over 170 Palestinian civil organisations have joined together to call for this boycott as one of a number of non-violent methods of putting pressure on the the Israeli government and they have been joined in the campaign by many individuals, groups, unions, churches and peace advocates around the world. It is not about me deciding whether I should go to Israel or not, but rather whether I am going to listen to the wishes of the Palestinian people at a time when not nearly enough others are doing so. I hope it goes without saying that I long dearly for a time when this is no longer the case.

If you would like to read more about the Boycott Divestment and Sanctions campaign then you can do so here:

I guess this won’t be the last word in this debate.

On this note, Gil Scott-Heron (“The Revolution will not be Televised”) passed away this weekend; this is what I wrote when he chose to cancel his Tel Aviv gig last year. And here is my post regarding Macy Gray’s decision to come here after all.