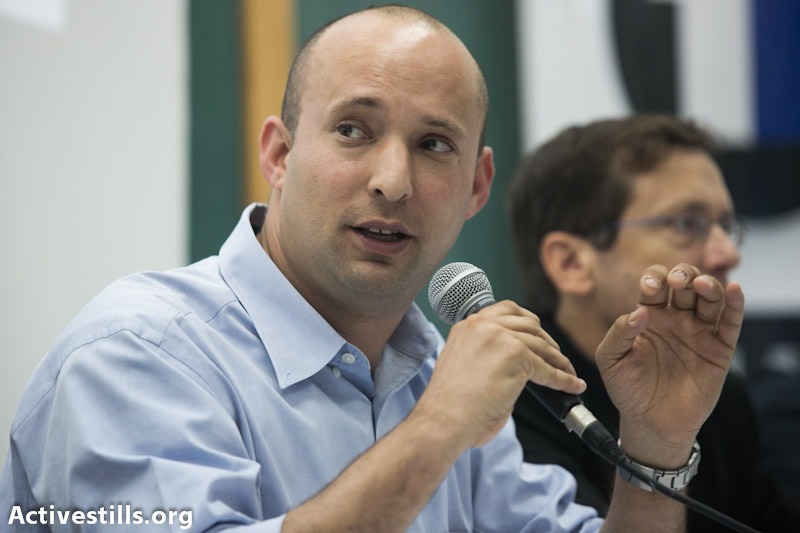 Former settler leader and head of the ultra-nationalist ‘Jewish Home’ party Naftali Bennett found himself in a bit of controversy in when he was quoted saying, “I’ve killed lots of Arabs in my life – and there’s no problem with that.” A spokesperson later clarified that he was referring to combat operations in his army service, but also suggesting that it’s more efficient to “wipe out terrorists” rather than make arrests. Read Mairav Zonszein’s article here.

9. Video of IDF soldiers detaining a 5-year-old boy in Hebron 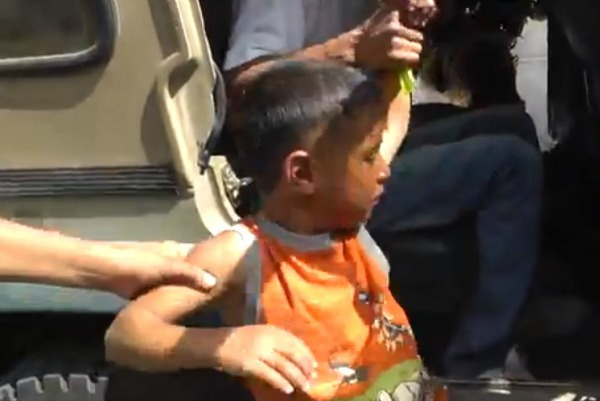 The Israeli army arresting Palestinian minors is not a new phenomenon (see number 7 in this list) – but images of soldiers arresting a five-year-old boy in Hebron were among the most shocking photos we published this year. As Ami Kaufman wrote at the time, “one child’s arrest embodies the sickness of an entire regime.” Read Mairav Zonszein’s full article and see the video here.

8.  New Knesset member visits Ramallah: ‘This is not normal’ 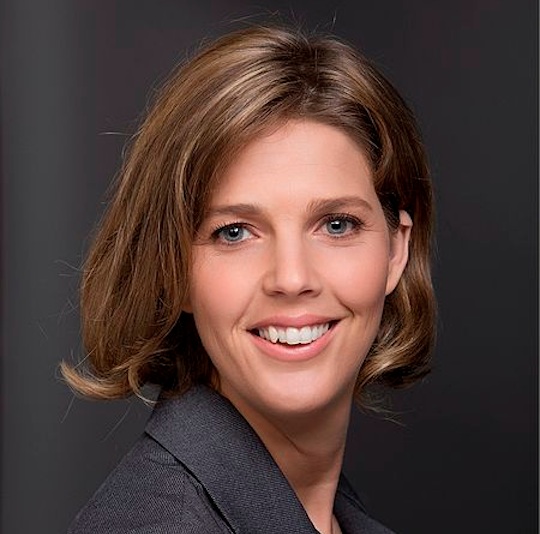 One member of Yair Lapid’s Yesh Atid party surprised many on the Left, and the Right, not by her unscheduled trip to Ramallah, but by her reaction, which she published on her official Facebook page upon her return. At the end of what was clearly an eye-opening experience for her, Kol wrote: “I could have posted more photos but I don’t want to. Photos would create a sense of normalcy in the situation. There is nothing normal about life in Ramallah, and there is nothing normal about us letting this happen.” Read the full article here. 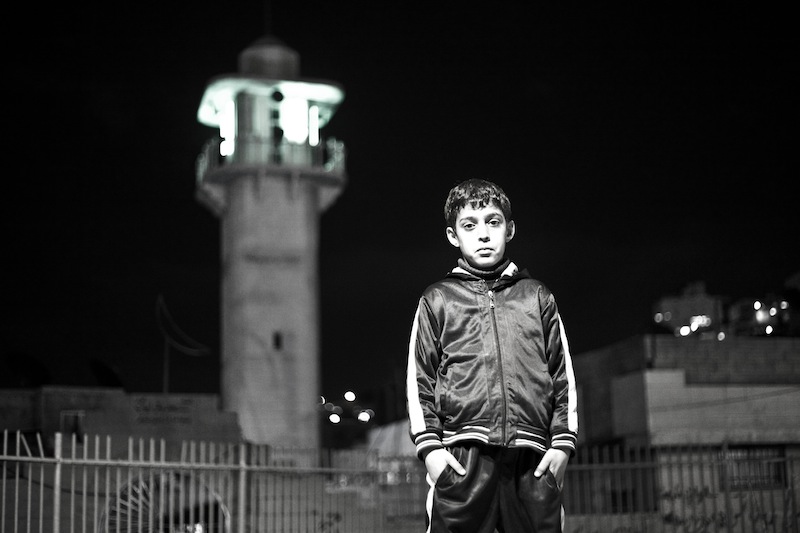 U.D., a 10-year-old Palestinian boy who was detained by the Israeli army. (Photo: Samar Hazboun)

The Israeli army has detained over 7,500 Palestinian children in the past 12 years, often denying them the same rights a Jewish child would receive. Photographer Samar Hazboun set out to meet Palestinian children who were detained by Israeli forces, to take their testimonies and tell their stories. Read the full article here, and our special coverage of children under occupation. 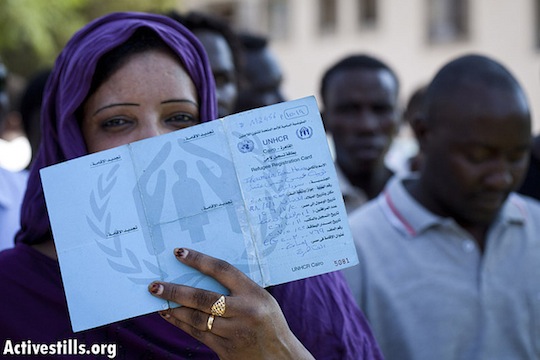 Incitement in Israel against African asylum seekers, migrants and refugees continued to mount in the past year, particularly surrounding the deteriorating of living conditions and social infrastructure in south Tel Aviv. Perhaps one of the most shocking stories was of real estate agencies who began marketing ‘no blacks’ apartments. Read the full article here, and check out our full coverage of refugees in Israel. 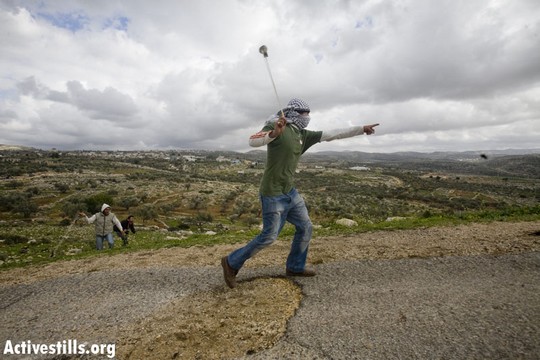 Earlier this year The New York Times ran a feature about the Palestinian village of Beit Ummar, putting an unusual emphasis on stone throwing, portraying it as a feature of feature of Palestinian culture – all without including the word ‘occupation’ even once. “This pseudo-anthropological investigation into the character and customs of the natives goes on with hardly any reference to the political realities,” Noam Sheizaf writes. Read the full article here. 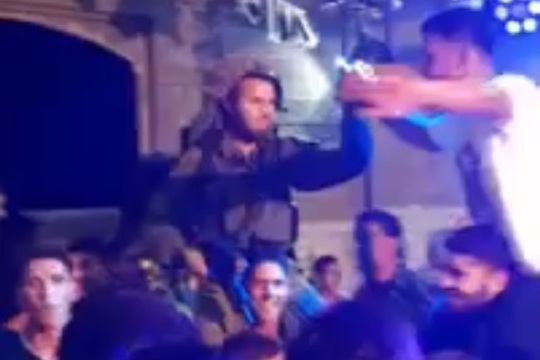 Long before December, this story was pegged as one of the most bizarre incidents of the year. Two soldiers in Hebron entered a Palestinian wedding while on patrol and started dancing with the crowd. After the inevitable YouTube clip surfaced, the entire patrol was suspended. Watch the video and read the article here.

3. Woman fined $140 a day for refusing to circumcise son 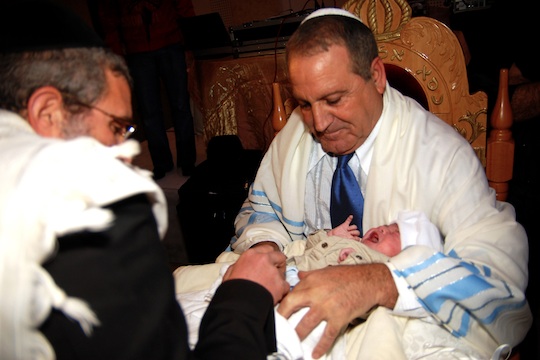 A Jewish child is circumcised in a traditional Brit Mila ceremony (Illustrative photo by Shutterstock.com)

In perhaps the second-most bizarre story of the year, a rabbinical court fined a woman $140 a day until she agreed to circumcise her son. The court ruling, which was part of ugly divorce proceedings, shed light on the Rabbinate’s control over family matters in Israel, raising questions of separation of ‘church’ and state, as well as the wider circumcision debate taking place in Europe. Read Dimi Reider’s full report here.

2. Stephen Hawking boycotts Israeli conference, sends a message that ‘occupation has a price’ 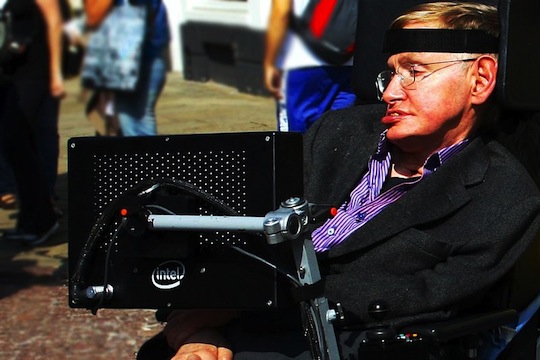 Prof. Stephen Hawking announced that following requests from Palestinian colleagues, he would boycott Israel’s Presidential Conference in protest of the country’s treatment of Palestinians. The media and political elites in Israel were shocked and angered. Regardless of whether you support the boycott, Noam Sheizaf wrote, Prof. Hawking sent a powerful message to Israel’s elites: that there is a price to be paid for the occupation. Read the full article here. 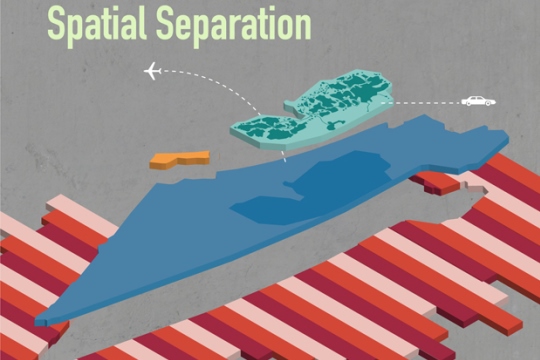 Sometimes the concept of occupation is easier to understand when you can visualize what it looks like on the ground, with its Kafkaesque administrative divisions and rules and unique geographic, political and legal planes. In a series of striking infographics, Michal Vexler answers some of the toughest-to-visualize questions about the occupation and how it affects Palestinians on the ground: Do Palestinians have autonomy in the West Bank? What’s the difference between areas A, B, and C? Can Palestinian civilians protest? Go to the beach? Who profits from the occupation? Click here for the full series of infographics, ‘Visualizing Occupation‘.