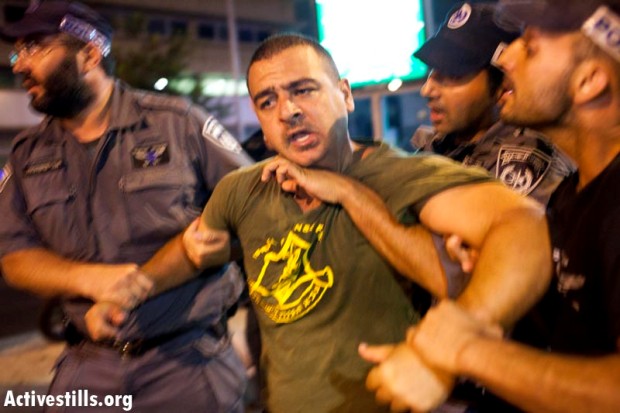 Last week, my colleagues Joseph Dana and Mairav Zonszein reported about the harsh treatment some of protesters got from the hand of the police following the previous social justice rally in Tel Aviv. While I don’t ignore the importance of such incidents, they might make one miss the essence of the tent protest.

Unlike in Syria or Libya, where dictators slaughter their own citizens by the hundreds, it was never oppression that held the social order in Israel together, as far as the Jewish society was concerned. It was indoctrination – a dominant ideology, to use a term preferred by critical theorists. And it was this cultural order that was dented in this round of protests. For the first time, a major part of the Jewish middle class—it’s too early to estimate how large is this group—recognized their problem not with other Israelis, or with the Arabs, or with a certain politician, but with the entire social order. With the entire system. In this sense, it’s a unique event in Israel’s history.

This is why this protest has such tremendous potential. This is also the reason that we shouldn’t just watch for the immediate political fallout—I don’t think we will see the government fall any time soon—but for the long term consequences, the undercurrent, which is sure to arrive.