Regardless of one’s views of BDS, it is ridiculous that one should have to tell self-proclaimed ‘democracies’ that the right to boycott is a basic civil right, not a punishable crime. 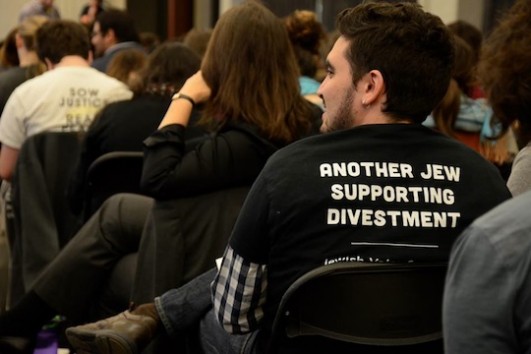 Last week, over 120 people attended a conference in Nazareth on the subject of “BDS (Boycott, Divestment and Sanctions) and ‘48 Palestinians (citizens living inside Israel’s 1948 borders).” Although the discussions were lively, many participants were cautious with their choice of words: Israel’s Anti-Boycott Law – which allows groups and citizens to be sued for calling for a boycott of Israeli institutions, including settlements – cast a heavy shadow over the event.

The anxiety of discussing the subject of boycott would have seemed an implausible scenario a decade ago. Boycotts, we always learned, are a legitimate method of political expression, praised in our history books and modern politics as an example of how nonviolence can be more powerful, moral, and strategic in advancing human rights struggles around the world.

Now, in a corrupt twist, the very countries that purport to uphold civil rights have become the main forces undermining them. In recent months (and years), governments and local authorities in the USA, France, the UK, and others have advanced new laws, administrative decisions, and behind-the-scenes pressures to stem the rising tide of BDS activities – simply because they are being applied against Israel. This transnational counter-movement, as Glenn Greenwald and Andrew Fishman recently detailed in the Intercept, is part of a “very coordinated and well-financed campaign” to censor BDS – and “it is succeeding.”

The political backlash to BDS was always expected; similar attacks by state authorities had targeted the boycott movements in the Jim Crow south and against apartheid South Africa. What is shocking, however, is not only the extent to which authorities are working to crush today’s BDS movement, but the use of legal measures to restrict or fully silence boycott activities against Israel. These include criminal convictions of BDS activists in France; the threat of penalties against local councils in the UK that boycott Israeli goods; and new regulations that will fully incorporate West Bank settlements into the US’s trade with Israel, among others. 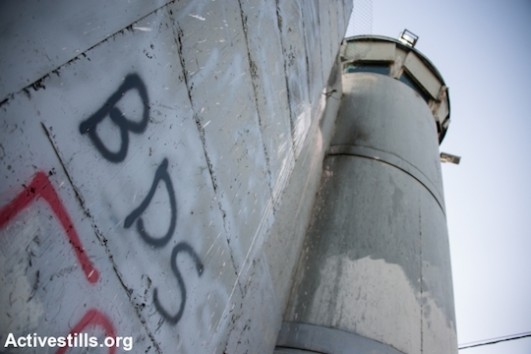 The authorities’ manipulation of legal tactics against BDS has severely compromised citizens’ rights. When the Israeli Supreme Court upheld the Anti-Boycott Law last year in a 5-4 ruling, the majority of justices departed from technical arguments and openly endorsed the law’s political goals. One justice wrote that boycott could be a form of “political terror;” another wrote that BDS should stand for “Bigoted, Dishonest and Shameful;” and a third wrote that “There is nothing wrong in anchoring laws passed by the Knesset in the struggle against those who wish to destroy us.” Far from defending freedom of expression, the court willingly gave the green light to deny Israeli citizens a basic tool to challenge the state’s occupation and discriminatory policies.

These legal crackdowns point to the success of Israel and its supporters in portraying boycott as an immoral act: that to support boycott is to be anti-Israel (and anti-Semitic), and to undermine the advancement of peace. This view, of course, is grossly misguided. Boycotts are supported by Jews too – including inside Israel, where many left-wing academics, artists, and figures have expressed their opposition to working in the settlements. Globally, Jewish groups and activists are among the leading proponents of BDS. Boycott supporters, even Palestinian ones, vary in their preferred targets for boycotts, which can range from specific companies and officials, to settlement products only, to blanket boycotts of the state. Moreover, BDS is arguably the only movement that is altering the conflict’s worsening status quo, at a time when political actors are either deliberately or inadvertently preserving it.

It is true that there are some pro-BDS groups and individuals who abuse their rights for politically ignorant and sometimes racist reasons. But that is hardly the majority of BDS supporters (which itself is a diverse and decentralized movement), and is certainly not a justification for trying to suppress the right to boycott for millions of people, as is now becoming the case. Regardless of one’s views of BDS, it is ridiculous that one should have to tell the governments and courts of self-proclaimed “democracies” that the right to boycott is a non-negotiable civil right, not a punishable crime. If they fail to learn that today, history books will certainly teach it to them in the future.