Staying on the move in Israel and the Palestinian Territories through a month of trial. Here’s an attempt at explaining why this is a good idea. 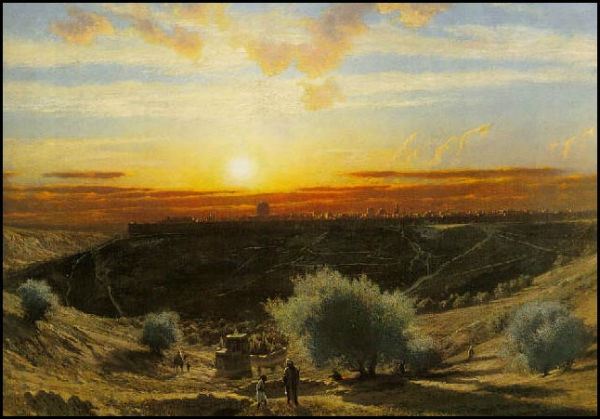 "Jerusalem in Sunset" by James Fireman

It is now five minutes past midnight on September 1st, 2011. We are five minutes into the month that in our media and public discourse has become synonymous with turbulence, and everything is still fine. Not a single one of the four top headlines in the Hebrew edition of Haaretz even deals with the Israeli-Palestinian issue. The top one has to do with striking medical interns, then comes a disenchanted Nepalese caretaker who’s has filed a complaint for assault against her employer: Sarah Netanyahu. The third story deals with singer Margalit Tzan’ani, who became involved in organized crime. Finally comes basketball: Germany beats Israel, 91-64.

Nonetheless, the trouble that September is supposed to bring is already here. September isn’t only the month in which the status of Palestine will be brought to vote in the United Nations. It is also a new month for the j14 protests, that have truly swept Israel this summer. Our streets and parks are still full of tents. Not a single issue has so far been resolved. A demonstration on economic issue planned for this Saturday night, less than three days from now, is set to be enormous. Its organizers termed it “The March of One Million“, trusting that despite a recent slump in the movement’s energy, they will at the very least beat the movements previous record of 300,000 protesters.

In both Israel and the Palestinian territories, this is a time of tension between people and their government. the March 15th group, which hoped to create Tahrir-like momentum in Palestine failed to accumulate the necessary momentum, but a recent visit to Ramallah revealed to me that many Palestinians experience disillusionment in light of the coming vote. Among the worries voiced by my Palestinianfriends was a fear that the vote will weaken the influence of expatriate Palestinians and provide unjustified power to the Fatah party.

What does today’s PA represent for other Palestinians? A widely discussed disagreement over the nature of the protests that are to take place during the last third of the month, when the UN resolution is to pass, betrays general unrest. Rumor has it that many revere it even less than the Israelis do their much criticised government.

The twin tensions between Israelis and Palestinians and their respective leaderships now reach their month of trial, and the omnipresent tension between the two groups is rumored to be more explosive than ever, which is why I have my bag packed. My plan is to get on the road and move incessantly throughout the month: through Israel, through the West Bank, crossing between the two as often as possible, posting my observations as often as possible, trying to chart out this unique period from street level. I will use public transportation, hitchhike and walk. take as many photos as I can and yes, try to stay safe despite everything.

I’m typing these words over a Tel-Avivian beer and will be back in town every night. My girlfriend Ruthie is abroad, presenting research at a conference in the States. She’ll stay across the ocean for two weeks, so somebody has to feed the cat and water the plants. No worries. This country is truly so minute that it should allow for simple back and forth travel. If you join me for the entire journey, you’ll probably get to know a few of my friends and something about my family. We’ll also visit the theatre periodically, being that I make my liviing as a theatre critic.

Since one review a week won’t support such a journey and +972 is a pro-bono project, if any of you would like to pitch in for my travel and food, please do so using our “donate” button at the top of this page, and be sure to specify that you are contributing to Yuval’s September Journey. Haoketz will be carrying and supporting my Hebrew version of this project. Thanks to all who do donate, and I can hit the sack now peacefully, knowing that the new day will bring new roads, new encounters, new understandings and perhaps a raport with history.