Republicans recognize Israel as one of their most powerful tools in the coming elections. Liberals, and especially Jews, shouldn’t fall for this trap 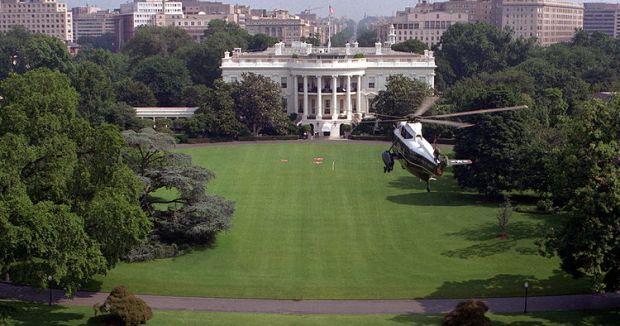 No doubt, American election year is officially here. Two democratic organizations – Center for American Progress (CAP) and Media Matters – are under attack. The charge: anti-Semitism, no less. In a story on Politico, Ben Smith reported on “a rift in the Democratic Party” because of “anti-Israeli” positions expressed by some of CAP and Media Matters staffers. The Washington Post’s neo-con blogger Jenifer Rubin clarified: “These views are not merely anti-Israel, they are anti-Semitic.”

I don’t normally write on the beltway’s inside baseball on this blog, and I wouldn’t have addressed this issue if I didn’t personally know a couple of the people at the center of the Politico story. I consider Matt Duss and Ali Gharib of CAP friends, which would not be the case if they had any hint of anti-Semitism in them. In fact, in all my conversations with Matt and Ali – including those involving too many beers and therefore, less constraints – I don’t remember any one of them referring to the Jewish people in a generalizing political context. I also never heard from them any of those inflammatory statements about Israelis that one sometimes hears in progressive circles.

I haven’t read everything Matt or Ali wrote – they are both very productive people – but I always got the impression that their writing was about Israeli policies. I don’t remember hearing from them or reading anything they wrote that you couldn’t find in the political conversation inside Israel. But even the limited debate taking place in Israel seems rational and open-minded compared to what’s going on in Washington right now.

We should nevertheless remember the context of  the attacks on CAP and Media Matters. The Republicans have singled out Israel as an issue where they have an absolute advantage over the Democrats – all over the field.

For start, Israel is one of those few topics that can bring together the big business republicans, social conservatives and the neo-cons. Unquestioning support of Israeli policies is also a legitimate way to tap into the growing Islamophobia in American society; but most importantly, it splits the Democratic party into two, and hurts the president at the heart of his political base – Jewish liberals, who overwhelmingly supported Obama in 2008. Hitting them with ridiculous talking points about the administration that “betrayed” Israel – when it’s clear that Obama’s policies are is no different then those of previous presidents – or spreading half-baked stories of progressives who are “supportive of Hamas” might not get those Jews to vote for Rick Perry, but it could sure drive away a lot of their political energy, and cast some doubts about “their guy” in the White House. In a close election, that might be all you need.

What troubles me the most right now is that Israel is not a foreign policy issue anymore, but an internal topic in the American culture war. Israel is the only spot on the political map where people like Abe Foxman or Elie Wiesel can find common language with evangelical politicians and neo-con writers – a fact that turns it into a powerful and dangerous tool. Even more than in the case of abortions or health care, the debate on Israel in the US is completely mythical, and has nothing to do with the facts on the ground. Sometimes the loudest “pro-Israeli” politicians are so ignorant of the situation here, that they make absurd statements (Herman Cain for a Palestinian Right of Return?); in other cases, they retreat from long-standing American principles – like the opposition to the settlements, including in East Jerusalem – and at times, conveniently forget their own actions and statements.

Who cares if ending the occupation is the ultimate Israeli interest, and the only way to avoid a South African-style collapse? Nothing matters in the crazy rush to the right, which often ends with American politicians taking positions that are more hard-line than those of the government in Jerusalem, improbable as it that seem with Netanyahu and Lieberman running the show. Want to score some easy points? All you need to do is to throw around the code word “Israel”, dip it in a sauce of anti-Semitism, and watch as the liberals go at each other’s throats.

The solution to this problem is clear: instead of running for cover, Democrats should draw a line in the sand against the cynical use of those charges; otherwise they are likely to come up again and again, targeting more and more people. After all, it’s not a coincidence that some American conservatives and current Israeli legislators share an admiration for one Joseph MaCarthy.

The sad thing is that Jews fall for this trap too easily. Just like the misguided ad Elie Wiesel published after the administration criticized Israel for provocative construction projects in the Palestinian parts of Jerusalem, the Simon Wiesenthal Center, which should be the first to worry about the widespread use of allegations of anti-Semitism as a political tool – something which in the longer run renders the term meaningless –  joined the charge on CAP.

Wiesel and the people at the Wiesenthal Center should know better. The rightwing bloggers or the republicans in Congress have no real interest in Israel. It’s just good politics for them. They all push for an attack in Iran, but I don’t think we will see them in the bomb shelters in Tel Aviv when missiles start falling. Just like we are yet to hear from Jenifer Rubin, who recently fell in love with the settlers, about her vision for a solution to the Palestinian issue – one that  extends beyond the ethnic cleansing that Mike Huckabee seems to advocate.

Unlike those political opportunists, Matt Duss and Ali Gahrib are extremely knowledgeable of the situation in the region, and of the dangers in maintaining the current status quo. Not only are they not “anti” – whatever such labels mean when discussing policies – they hold a genuine, deep concern for the future of this place and all those living in it. What I often hear from them is frustration – about the misguided actions of Israeli and American politicians, which might bring disaster on Israelis and Palestinians alike.