When brought before the High Court, the state promised villagers free access to their lands through special gates to agricultural lands. As the years went by, the court and the public lost interest, the villagers’ rights were ignored and their will to fight the system depleted. Land is being deserted, waiting for new settlements to be built.

Theoretically, Dharifa Sharreb should be pleased. When the fence was built in Jayous in 2003, Sharreb’s home was the only one on its western side, and it became completely isolated from the rest of the village. Soldiers would open the two gates in the two fences near the house three times a day, not always at the same hours, and each time for no more than two minutes. If you missed the opening, you’d have to wait for the next round. Sharreb’s children were always late for school, and every visit to the grocery – or even the hospital – cost Sharreb hours of waiting by the gate.

So one may well argue that the relocation of the fence in 2008 should have benefited  Sharreb. After a long struggle, which involved mass demonstrations and a High Court petition, the state agreed to move the fence westward, returning to the villagers hundreds of acres of land, as well as reuniting Sharreb with the village. The High Court approved the new route, which still kept many lands on the “Israeli” side, taking the state’s word that gates would allow farmers free access to their trees.

Outside the court, however, reality looks different. Sharreb’s family, for example, has now been cut off from its lands and is yet to obtain the permits required to cross the fence. Muhamad Abdel-Latif, a neighbor, says that five out of his eight acres of land are on the wrong side of the fence, that permits are hard to come by for his entire family, and that the soldiers never show up at the fixed hours. Sitting in front of Sharreb’s house, overlooking the scarred land on the right where the fence used to run, and the new frightening fence on the left, I ask whether the two have considered turning to human rights NGOs for legal advice. They both sigh, their expressions tell the tale of people weary from fighting.

“There used to be demonstrations here, and people would come to help us out, but that’s all over now – and even if people were to come, I don’t think it would do any good,” says Sharreb. “They say that one day Plato went to look for justice,” says Abdel-Latif. “He went to the king, and could not find it. He went to the judges and the rich men, and could not find it. Only when he visited the poorest and lowliest of men did he find justice. The same goes for us – we will never find justice with those in power”.

The army agronomist will decide

As described in the first chapter of this series, the route of the wall has been redrawn time and time again, and currently leaves 8.5 percent of West Bank territory west of the barrier. Aside from certain Palestinian urban areas described in chapter two, most of the land is either taken by settlements or, for the most part, by Palestinian agricultural lands, farmed by villagers who live on the eastern side of the wall.

These wide stretches of land, dubbed “the seam zone”, are governed by a strict system of permits. As no other barrier stands between them and Israel’s proper borders, Palestinians are required to hold permits and go through security checks in order to enter them, while Israelis are totally free to move about. Naturally – these permits are not easy to gain. As with other sorts of permits, here too the Shin Bet uses people’s needs as leverage to recruit informants. In many villages people complain that only one family member received a permit, and that this is not enough to work the entire land. Villagers in Jayous joke about a family who got a single permit for a person long deceased, who is still registered in Israeli books as the owner of the family property. 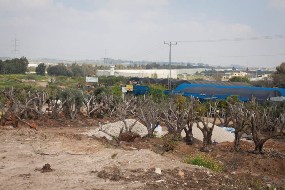 Trees on sale near the wall in Qalandia (Oren Ziv / Activestills)

“This is life in the shadow of the wall, with a constant regression in permit standards,” says attorney Michael Sfard, co-author of “Khoma U’Mekhdal” – “The Wall of Folly”, who represented many villages in High Court petitions against the route running through their lands. “From very early on the army said that the wall is just there to filter those who have a legitimate interest in the seam zone from those who don’t. The promise was that life would go on just the same as it was for anyone who proves he has good reason to cross the wall.

“Now, with the fence already erected, the story no longer in headlines, the court is less interested and the farmers’ problems more minute – we suddenly hear a new discourse. Now the army says ‘what we meant is that people with an interest can pass when we say it’s relevant.’ This leads to cheapness in the permit system. Suddenly they tell you, based on an expert opinion by an army agronomist, just how many days you need to work your land. Say you have 0.25 acres of olives – you’ll get three days of plowing and ten for harvest each year. And that will be it.“

“A 10-year perspective reveals changes in the West Bank, which run deeper than the single farmer and his olive tree,” explains B’Tselem spokesperson Sarit Michaeli. “Over the course of time the removal of farmers from agricultural lands changes the pattern of land usage. For example this can take the shape of abandoning the growing of fruits and vegetables, which require much attention. Jayous and its surrounding area are important to Palestinian vegetable markets, and their absence exacts a heavy price on the economy. Even the very resilient olive trees give less fruit when left unattended for too long.

“There are also smaller cumulative effects, like the whole question of recreation, as a family picnic on the land is central to Palestinian country life, and of course the army doesn’t consider this a permit-worthy cause. And what about fires, and theft? The average Israeli doesn’t think of the farmers standing by the fence, seeing his lot burning, denied help by the Israeli fire brigade, and waiting for soldiers to open the gate for the Palestinian fire fighters.“ 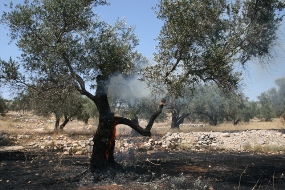 Stories of fire and theft are a recurrent theme in interviews with Palestinian farmers. Sometimes it is damage caused by settlers, or organized theft, while fires break out either for no apparent reason, or due to extensive use of tear gas and flares by the IDF while repressing demonstrations. I myself have see several demonstrations that stopped for the benefit of extinguishing burning trees, while soldiers kept on shooting at the villagers.

“Even if you’ve done everything right – got the permit, reached the gate at the right time – the soldier might still find a reason why not to let you through,” concludes Michaeli. “At the end of the day you’re holding a piece of paper, and he – a gun. The system is stronger. So people desert their lands, maybe transfer the rights to others who have permits – which is not as profitable, and find another way to support their families. Not everybody has the strength to fight for every acre with Tsumud” (the Palestinian term denoting persistence in holding onto the land – H.M).

“If you ask me where this is headed the answer is the old and horrible notion of ‘as much land as possible, as few Palestinians as possible,'” adds attorney Sfard. “The seam zone is the Israeli consensus’ expansion zone, planned for settlement by everybody from the Avoda (Labor) rightward. So they decide to keep the seam zone ‘sterile’, allowing the occasional harvest, but in the long run their plan works. The permit system creates a wilderness, and we all know that in this country a wilderness never stays just that. It turns into settlements”.

Meanwhile, on the other side of the wall

About two months ago I took a group of pre-draft teenagers on a short tour of the western side of the wall near Bil’in. As always, I was shocked to see just how much the settlement built on the village lands is expanding. Although the land belongs to Bil’in, and although the High Court ruled 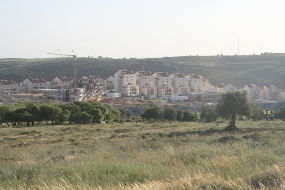 The settlement on Bil’in lands and the wall (Haggai Matar)

that the state lied when stating the route in this area is meant only for security, while it was actually planned for settlement expansion, although part of the land was returned to Bil’in, and although the neighborhood is built without even the most basic construction permits (a matter of ongoing criminal investigation) – construction still goes on. And why? Because the High Court also ruled that if a neighborhood so large had already been built, with so many people living there, it mustn’t be dismantled. It is the whole story, in a nutshell: an annexing route, a wall, farmers who can’t cross and a whole new settlement on their land.

And yet there are those who suffer from the wall even more than the villagers who are losing their land. Thousands of Palestinians are stuck in the seam zone, on the “wrong” side of the wall. The next chapter will be devoted to them.

Read the first part of the series here, and the second here. 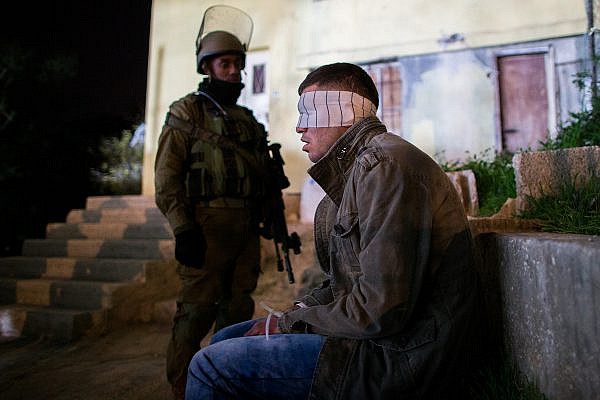 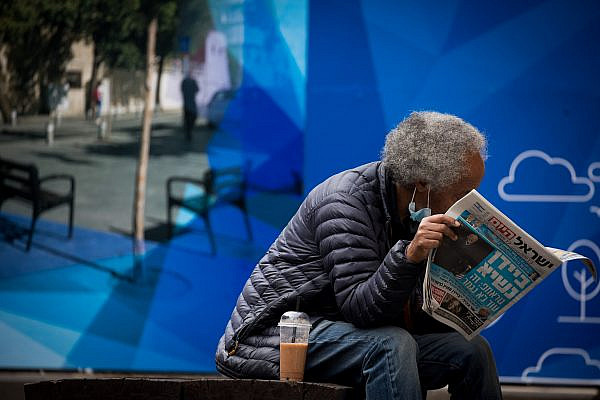 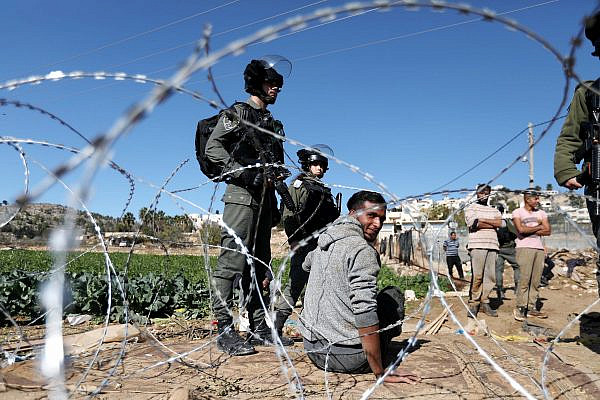