Commemorating 10 years since construction of the wall also means commemorating almost 10 years of the struggle against it, as described in the previous chapter. Just as we shall later examine what the wall has accomplished, one should also ask what exactly the struggle against it succeeded in doing, especially as so many people have paid such a high price for it, and most of it is still east of the Green Line.

The first and most obvious answer to this is simple: in many places, villages involved in the uprising were able to change the route of the wall and gain part of their land back, either due to the security apparatus’ decision or due to a court ruling. But when one asks prominent Palestinian activists what they think they achieved, one finds that their answers to be much more principled.

Some mention the creation of an unarmed alternative to the entire Palestinian struggle, and others stress the importance of links between Israelis and Palestinians forged in struggle and shaking the core of the political separation the wall meant to create. Some also speak of the international sympathy the demonstrations have earned for the Palestinian cause. Although those demonstrations have been going on for a decade – none of the activists ponder switching to armed resistance. 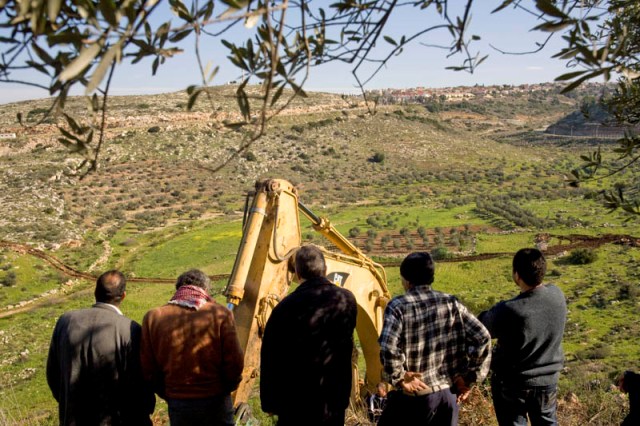 “Ever since our struggle started, the army’s response was brutal: many sheep and chickens died from tear gas shot into court yards, people were injured and arrested, the price was too high – and so I decided to stop demonstrating,” says Sharif Khaled, one of the prominent activists in the Jayous protest. That protest lasted from September 2002 until 2004, and was revived for a brief period in 2008, when Israel moved the fence, retuning part but not all of the village’s lands. “Demonstrations were, first and foremost, a tool to give voice to people’s feelings. They also got us in touch with Israeli and foreign activists, but the army ignored us altogether – which is why we couldn’t go on.

“However, I still think that it was and is the best way of sending Israel a message. Thanks to our demonstrations, even though they’re finished, we still meet Israelis, we can go to court with more support and we get interviewed by journalists all over the world just like you. All these things too are non-violent resistance, and they too help send our message forth.” 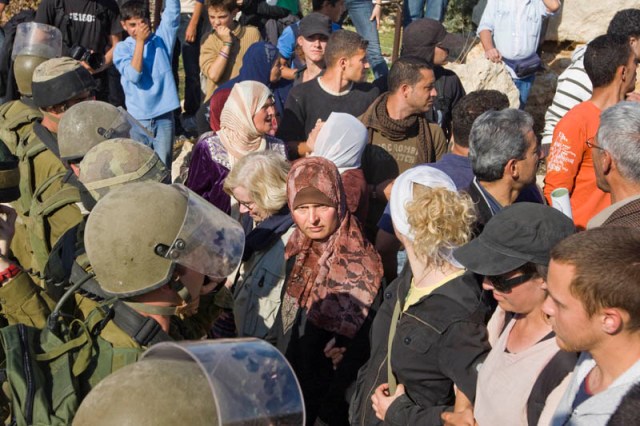 Women at the front line of an anti-wall protest (Activestills)

“The idea of accepting and camping with Israeli and internationals in 2003, the peak of the second intifada, was very challenging, yet it is a great story of success, based on mutual respect and understanding of the needs of each side,” adds Raad Amer, one of the founders of the Mes’ha protest tent in 2003. “You can add to that the gaining of international attention at the time of war in Iraq, the support of the International Court of Justice and the achievement of promoting non-violence against the occupation.”

In the village of Ma’asara, residents have been protesting against the wall every week for more than five years now. In the beginning, demonstrations mainly included women carrying out direct actions such as stopping bulldozers, but over time construction of the fence in this region has stopped, and demonstrations now focus mainly on long tri-lingual speeches directed both at activists and at the soldiers present. Organizers here are extremely committed to non-violence, and stones are not thrown at the soldiers even if they attack the demonstrators.

“The thing we cherish most about the struggle is the chance to make our voices heard in the world, and stressing that we are not the terrorists – but rather the victims of terror,” says Um-Hassan Beirjieh, one of the leading female activists in the village. “After five years of demonstrations, we see the growing support we gain in the world, and see how time after time the Israeli army is presented as the one creating the violence – not us. This is a message we shall keep on sending out through our demonstration as long as there are settlers on our land, preventing us from forming an independent state.”

Football over the Bil’in fence

Of all the villages that have taken up the call against the wall, one has gained international fame and today symbolizes the popular struggle more than any other: the village of Bil’in. What makes Bil’in so central to the struggle? It may be its commitment, with over seven years of weekly demonstrations, or perhaps the award-winning film made about it – “Bil’in Habibti” (Bil’in My Love), or the two relatives who were killed by the army while non-violently demonstrating )Bassem and Jawaher Abu-Rahme) and maybe it’s the unmatched creativity used in protest throughout the years.

A short list of Bil’in’s unique measures of struggle must include attempts to play football with soldiers across the fence during the world cup games as a mock response to a commercial by Israeli cellular company Cellcom; Avatar-style costumes to link the struggle to the popular film (see above clip); locking activists in cages attached to the ground where bulldozers work; kite contests; building a massive model of a ship after the flotilla; going on a night march with candles in response to army night raids; hosting a Holocaust survivor playing the piano on the route of the wall; holding a yearly convention on non-violence, and hosting many internationally known figures, including  Desmond Tutu and Jimmy Carter of the “The Elders,” and others. Demonstrations in Bil’in take place weekly to this day, even after the court returned some of Bil’in’s lands.

It should be pointed out, however, that as opposed to Ma’asara, most demonstrations in Bil’in end with stones being hurled at soldiers, after the latter attack the non-violent demonstration with tear gas. As was recently proven in court, when Palestinians avoid throwing stones, undercover Israeli security forces throw stones at soldiers themselves. 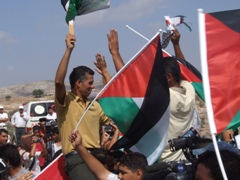 “There are many reasons that keep us going,” says Muhammed Khatib, one of the heads of the local popular committee. “It’s the victories we had that brought us hope, the support we get in the village, the cooperation with Israelis and internationals, and the effect we had on the entire Palestinian struggle which is now adapting to our strategy.

“Another reason is that Bil’in is now a national symbol that needs maintaining. But the struggle mainly goes on because we have not yet reached our goals: not only is there land on the other side of the wall, but also the army does not allow us to build anything on the lands we got back and anything built gets immediately demolished. So it’s a struggle against the occupation as a whole – and the occupation is far from being over.”

“Our dream is that one day we can create a park on these lands, which will hold an academic center for non-violent struggle and peace studies, and which will also be a nice place for families to vacation with beautiful scenery and animals all around. We’re hopeful that we can have our own free state, and that our children will not live the life that we have so far lived under occupation. Is this not reason enough to continue?” 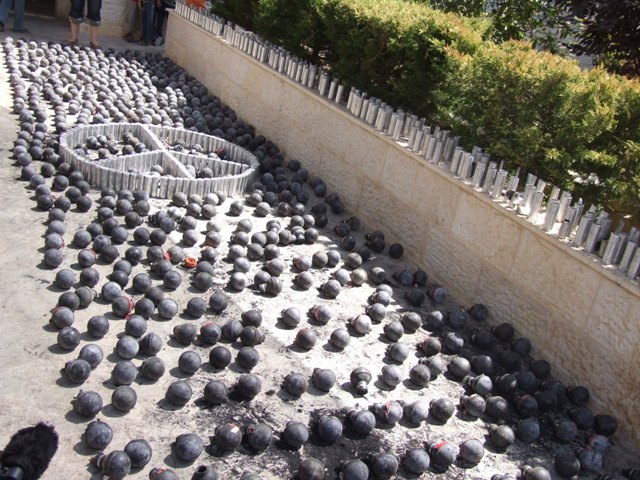 Part 1: The great Israeli project
Part 2: Wall and Peace
Part 3: An acre here and an acre there
Part 4: Trapped on the wrong side
Part 5: A new way of resistance

BECOME A MEMBER
More About Jayous 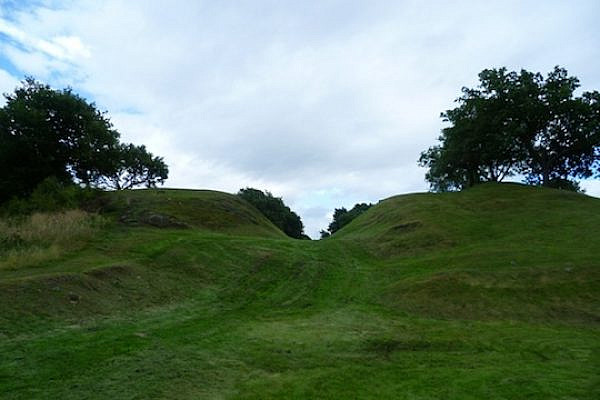 The Wall, 10 years on / part 12: Where do we go from here?
Ten years have passed since Israel started building the wall, probably the largest and most expensive construction project in its history, which does not seem to be going anywhere. For four months now I’ve been presenting its story, and now it is time to offer some breaking updates, look into the future, and conclude. The…
By Haggai Matar August 10, 2012 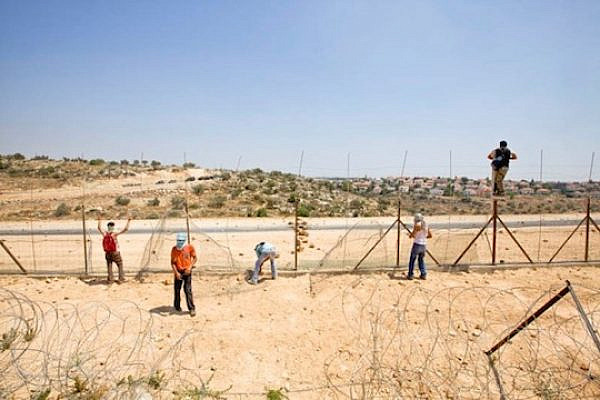 The Wall, 10 years on / part 5: A new way of resistance
Just as it is a story of suicide attacks, security, annexation, legal questions and political controversy – the story of the separation wall is also that of the popular, unarmed and joint struggle of Palestinians, Israelis and internationals against it. What started in September, 2002 as a small spontaneous action by a few farmers became…
By Haggai Matar May 5, 2012 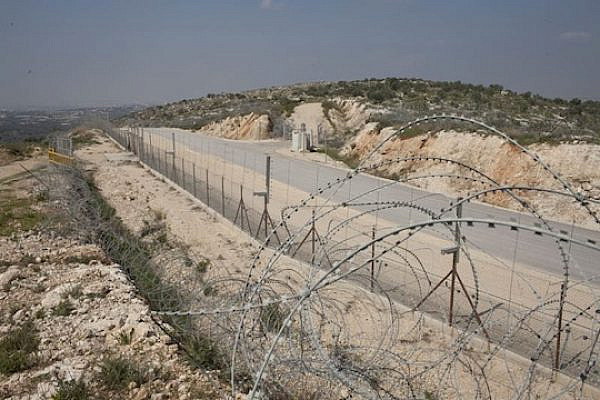 The Wall, 10 years on / Part 3: An acre here and an acre there
When brought before the High Court, the state promised villagers free access to their lands through special gates to agricultural lands. As the years went by, the court and the public lost interest, the villagers’ rights were ignored and their will to fight the system depleted. Land is being deserted, waiting for new settlements to…
By Haggai Matar April 13, 2012