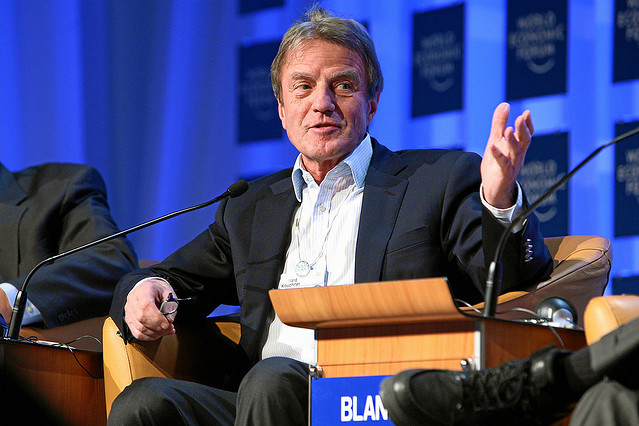 Update below
Last week I called for a grassroots movement to put pressure on the U.S. to recognize a declaration of independence by the Palestinian leadership. A wild card that may change the rules of the game.

Since then, two interesting developments took place. The first took place at the Arab League meeting on Friday.

Palestinian President Mahmoud Abbas has told Arab leaders he may seek U.S. recognition for a Palestinian state, which would include all of the West Bank, should peace talks with Israel break down, an aide said on Saturday.

The idea, raised during Arab League deliberations in Libya on Friday, would place new pressure on Israel to extend a recently expired freeze on construction of settlements in the West Bank – a Palestinian condition for continuing recently relaunched direct peace negotiations.

Senior Palestinian negotiator Saeb Erekat said “alternatives” to the face-to-face talks launched five weeks ago had been discussed, among them “ask(ing) the United States to recognize the state of Palestine on the 1967 borders.”

“[Another] is to study the possibility of going to the [United Nations] Security Council to get a resolution that calls upon member states to recognize the state of Palestine on the 1967 borders,” he told Reuters by telephone from the Libyan town of Sirte.

This is interesting, since Abbas has consistently said he opposes unilateral moves. Another development occurred today as French Foreign Minister Bernard Kouchner said some interesting things himself about the future Palestinian state while visiting Israel and the territories:

French Foreign Minister Bernard Kouchner has said that it is impossible to rule out the option of the United Nations Security Council creating a Palestinian state, French news agency AFP on Sunday quoted a Palestinian newspaper as saying.

According to the report, Kouchner told the Al-Ayyam newspaper that France prefers a two-state solution negotiated with Israel but that the Security Council option remains on the table.

“We want to be able to soon welcome the state of Palestine to the United Nations,” Kouchner is quoted as saying. “This is the hope and the desire of the international community, and the sooner that can happen the better. The international community cannot be satisfied with a prolonged deadlock. I therefore believe that one cannot rule out in principle the Security Council option.”

We’re in the right direction. Abbas has said in the past that he is opposed to unilateral moves. It looks like he might be moving toward Salam Fayyad on this one, and maybe even be ready to declare a state with him in the summer of 2011. Even better, the first signs of recognition are now coming from Europe, with Kouchner’s remarks today.

Keep up the pressure.

Lieberman was apparently not too happy with Kouchner’s remarks. Here’s what he said to him over dinner, as reported by Haaretz:

Foreign Minister Avigdor Lieberman told the foreign ministers of Spain and France, “Solve your own problems in Europe before you come to us with complaints. Maybe then I will be open to accepting your suggestions,” in a dinner meeting with them on Sunday evening.

Lieberman emphasized to Bernard Kouchner and Miguel Angel Moratinos that “Israel will not be the Czechoslovakia of 2010,” at their meeting at the foreign ministry offices in Jerusalem.

Lieberman stated that the international community is trying to make up for its failures in Afghanistan, Sudan and North Korea by reaching an agreement between Israel and the Palestinians within one year.

“It would be better for you to talk to the Arab League about what will happen in Iraq in 2012, instead of putting pressure on Israel, which is likely to lead to an blowup like in the year 2000,” Lieberman said.

The foreign minister added that he does not expect the European Union to solve all of the world’s problems, but it expects of it to at least solve the problems on the European continent, like the crisis in Kosovo and the conflict in Cyprus.

“In 1938 Europe placated Hitler, sacrificing Czechoslovakia instead of supporting it, and gained nothing from it,” Lieberman said. “We will not be the Czechoslovakia of 2010, we will stand up for Israel’s vital interests.”

In 1918, the state of Czechoslovakia (today the two countries of Czech Republic and Slovakia) annexed the hilly and more easily defendable Sudetenland border region without conducting a referendum of its residents, who were German nationals.

Twenty years later, Hitler demanded that the region be returned to Germany, and Britain and France agreed. A year later in 1939, Germany conquered the rest of Czechoslovakia proper by force.