As Khader Adnan enters his 65th day of hunger strike, he is receiving increasing and substantial support among the Palestinian communities in Palestine and abroad. The Palestinian factions have called for a general strike in solidarity with Adnan on Tuesday. Despite initial frustrations of the delayed attention where rallies on Adnan’s behalf a few weeks ago had low attendance, it seems Adnan has become a symbol and leader of the Palestinian resistance movement.

Even politicians couldn’t ignore his existence anymore. President Abbas was reportedly making calls on behalf of Adnan to Russia, China, Britain and the European Union. Hamas Prime Minster Ismail Haniyeh led a massive protest in Gaza and made calls to the Egyptian government asking it to intervene on behalf of Adnan.

Adnan has the potential to inspire the masses and breathe life into the indifferent majority. After all, it was one man called Bouazizi who inspired thousands in Tunisia and caused a regime change. The struggle of Adnan according to what he told his lawyer is not about himself but as he told his lawyer, he wants his hunger strike to generate an awakening for the Palestinian people and specifically Palestinian prisoners. He doesn’t consider his hunger strike a tool to save himself but rather an example to inspire a nation that has been under military occupation for decades.

I remembered that two weeks ago, after I published an article about Khader Adnan, someone from Tel Aviv emailed me and asked  about suggestions of what she should do to help Adnan.

Quickly I responded. I told her that emails, faxes and statements would make no difference. I suggested that Israelis who want to help should join Adnan’s hunger strike. Israelis might not care about a Palestinian doing hunger strike, but if Israelis join him, that will bring much more attention to his cause. After all, I believe that the best way for Israelis to help make a difference is by fully joining Palestinians not by words but by actions.

Today, I realized that I couldn’t write about Khader Adnan with a full stomach. So, I am not eating in solidarity with Adnan. I talked to a few friends  and I was pleasantly surprised that many of them decided to join me.

I am convinced that those who want to help Khader Adnan and his cause, must first try to empathize with him, walk in his shoes, feel the pain of being hungry, at least for one day or one week. Last Friday all Palestinian prisoners joined Khader Adnan in his hunger strike. In different places in Palestine and the diaspora, groups of Palestinians are fasting in solidarity with Adnan.

I haven’t heard of any Israelis who joined Adnan in hunger strike but I hope there are some that weren’t reported or I haven’t heard of. So, if any of our readers, Jewish, Arab, Palestinian or Israeli are joining Adnan in his hunger strike, email me about your experience. Tell the world why you are standing with Adnan. The stories of those who refuse to stand aside watching injustices without lifting a finger might inspire many others to join in an action for justice and humanity. 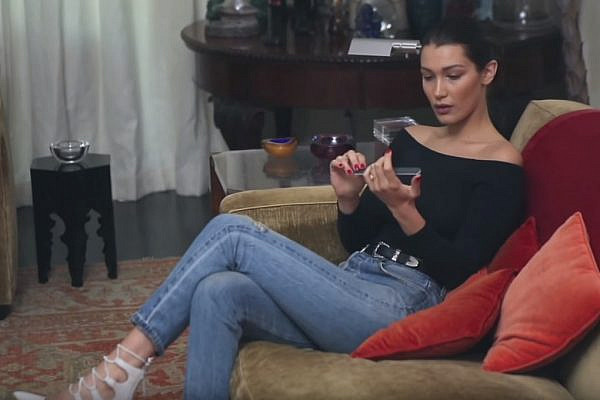